Travis Harvey leaned his elbows on the wooden fence and let out a shrill whistle. In the back of the pasture, three horses turned their heads, but only one came trotting to greet him — Starlight, a 19-year-old Appaloosa.

“This is our lover right here,” Harvey said. “She’s one of my favorites.”

Starlight is one of nine horses that work at the nonprofit HOrses Helping PEople, or HOPE. The horses act as therapy animals for people with disabilities, special needs children and veterans with post-traumatic stress disorder.

HOPE, founded in 2000, debuted a program on February 9 to complement its existing Wednesday sessions. As always, its gates are open to anyone who needs help.

“Horses are kind of empathetic,” Harvey said. “Here, you’re talking about unconditional love. It’s giving people the opportunity to work out their patience issues. They don’t have to worry about a horse betraying them like people do.”

Harvey, 39, has personally benefited from Horses Helping Heroes, a program catered to veterans’ needs. He was wounded in Iraq in 2003 after a mortar landed 15 feet away from him, blowing shrapnel into both of his legs and his left arm. He spent a year and a half recovering in a military hospital.

After recovery, he spent 10 years shuffling from job to job. It was difficult for Harvey to balance work with appointments at the Department of Veterans Affairs and therapy. He started his sessions at HOPE last May and stayed on as a volunteer coordinator.

By late November, Harvey learned so much and grew so attached to the horses that he stayed on as HOPE’s executive director. His responsibilities range from administrative work that keeps the organization running to leading veterans classes.

“They’ve got a saying with horses: ‘it happens when it happens,’” Harvey said. “If you’re trying to teach a horse to do a trick, it’ll happen when it happens, and you can’t force them or get angry with them. It’s the same with veterans.”

He said being a veteran makes it easier for him to connect with others and help them through their own healing processes. Some come from the HONOR center, which provides services for homeless veterans. Others like Harvey come from The Mission Continues, a program that empowers veterans struggling with reintegration into society.

Veterans are paired with a horse of their choice for the duration of their free 10-week program. They learn how to groom, lead and eventually ride their horses through obstacles and around paddocks.

Most of the horses were donated after retirement. There is no application process for the veterans, but the number of horses dictates how many can participate.

Every horse is different. They range from fuzzy, brown-and-white miniatures like Rocky to huge Clydesdale look-alikes such as Belle, a retired police horse. Every veteran is different too.

“To be honest, for the last nine years, I did everything possible to forget I was ever in the military,” said Glenn Rodriguez, who served in Iraq from 2002 to 2005. “This program has gotten me more in touch with the positive attributes that I got from the military and taught me to be proud of myself again.”

When Rodriguez returned from his service, the 32-year-old suffered from depression and PTSD. He said it has taken him 10 years of recovery to decide he would like to go back to school and become a therapist. He volunteers at HOPE every chance he gets.

“There’s a feeling that is pretty indescribable about riding a horse when you are in sync with it,” he said. “The communication, the energy. It’s very much serenity.”

Harvey and the rest of the HOPE team are working to expand the veterans program.

Dr. Anthony Mancuso, who in 2004 donated the 40 acres of land HOPE uses, also donated $10,000 in December so HOPE could set up an employment plan for those who complete their therapy.

“Once they come out of their shell and feel comfortable, then the next thing they want in their reintegration is a paycheck,” said Mancuso, a radiologist at UF Health.

Mancuso said the goal is to get the continuum funded then try to implement an employment model.

Mancuso said horses have a unique sensitivity that lets them understand when a person is not fully physically or mentally capable.

“Somehow they can sense people who need to be part of the herd,” he said.

It takes some veterans longer than others to get used to working with 1,500-pound animals. HOPE, Harvey said, allows veterans to heal at their own pace by working together with horses on establishing trust, communication, patience and understanding.

Michael Morgan, a 53-year-old U.S. Navy veteran, said he grew up on a farm with horses. At one point, he was sleeping in Tent City — an area in Gainesville that once housed many of the city’s homeless people — without a tarp to cover him.

He credits the VA with helping him get back on his feet. He now has his own apartment and just started his first session at HOPE, Morgan said.

“I get to spend time with animals I haven’t spent time with in years,” Morgan said, stroking the broad, brown neck of an Appaloosa named Lila.

Kaitlyn is a reporter who can be contacted by calling 352-392-6397 or emailing news@wuft.org.
Previous NCAA Released Infractions Report On Florida Football Program
Next Feb. 20, 2015: Afternoon News In 90 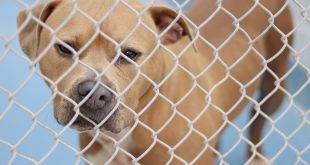 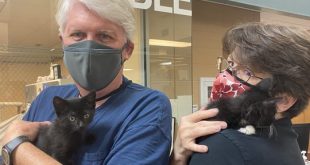 The UF College Of Veterinary Medicine will hold an event on June 12 where individuals can get their reptiles tagged or microchipped for free.