By Kristan Wiggins and Mary Francis

On Jan. 23, 2014, Phillips met with a prospective student-athlete at his high school, which violates NCAA bylaws that prevent interaction before July 1, after the prospect’s junior year.

UF began investigating in June, and after two years on the coaching staff, Phillips resigned June 11 at the request of the university.

UF will not receive any penalties because of steps the institution took once the claim was brought to its attention, according to the NCAA report .

“That is why we took quick and decisive action after we learned of a recruiting contact rule violation involving one of our assistant football coaches in January 2014,” UF Athletic Association Athletics Director Jeremy Foley wrote in a statement.

Phillips had a contact who connected him with prospective students and who also contacted Phillips the day he talked to the student.

No further penalties are warranted against Phillips, who is now the wide receivers coach for the NFL’s Cleveland Browns, according to the report.

The 12-page document said the meetings between the student-athlete and Phillips gave Florida a recruiting advantage.

“We stopped recruiting the involved student-athlete, we removed the assistant coach from all recruiting activities, and later secured his resignation,” Foley wrote.

Kristan is a reporter who can be contacted by calling 352-392-6397 or emailing news@wuft.org.
Previous Lack Of Identification Remains An Issue For Homeless Veterans
Next HOPE Comes On Four Legs For Veterans 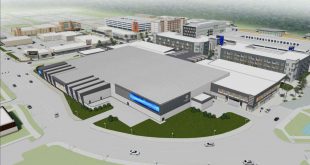 ‘The One-Armed Bandit’: How An Ocala Man Learned To Golf Without One Arm 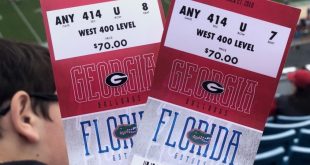 What Has COVID-19 Changed About The Florida Georgia Game? Things To Know If You’re Attending

Mullen raised eyebrows after the loss to the Aggies by saying he wanted to pack the Swamp against LSU.