The LSU Tigers defeated the Florida Gators 79-61, making this the team’s second straight loss. The Tigers had three players who scored in double-digits. Florida is now 3-2 in SEC play, and 10-8 overall. 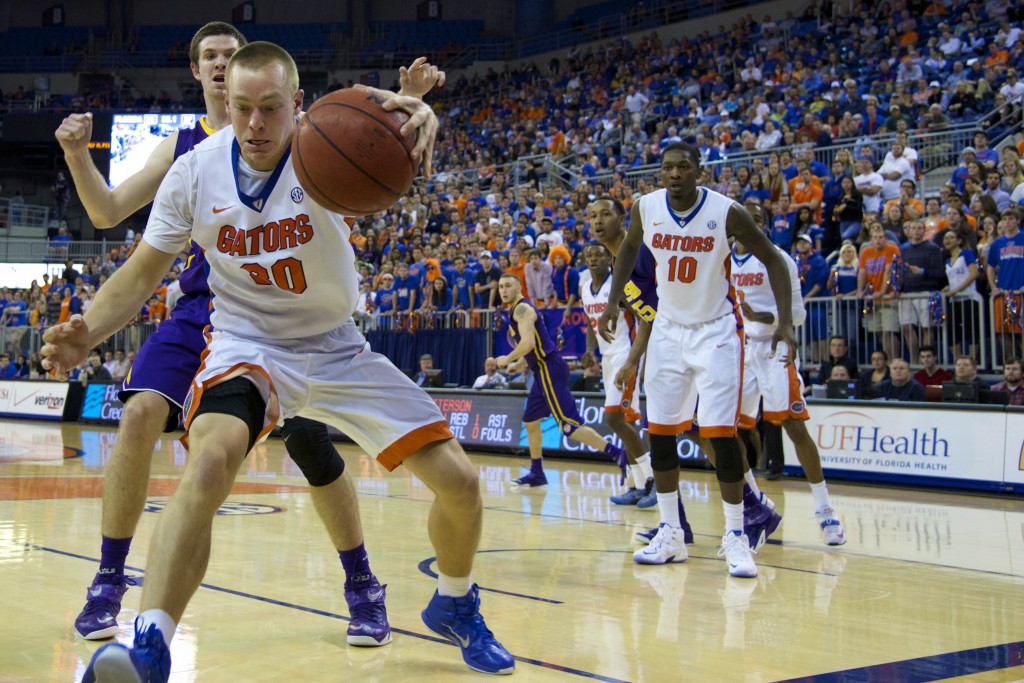 Florida's Jacob Kurtz hustles to save a ball before it goes out of bounds. 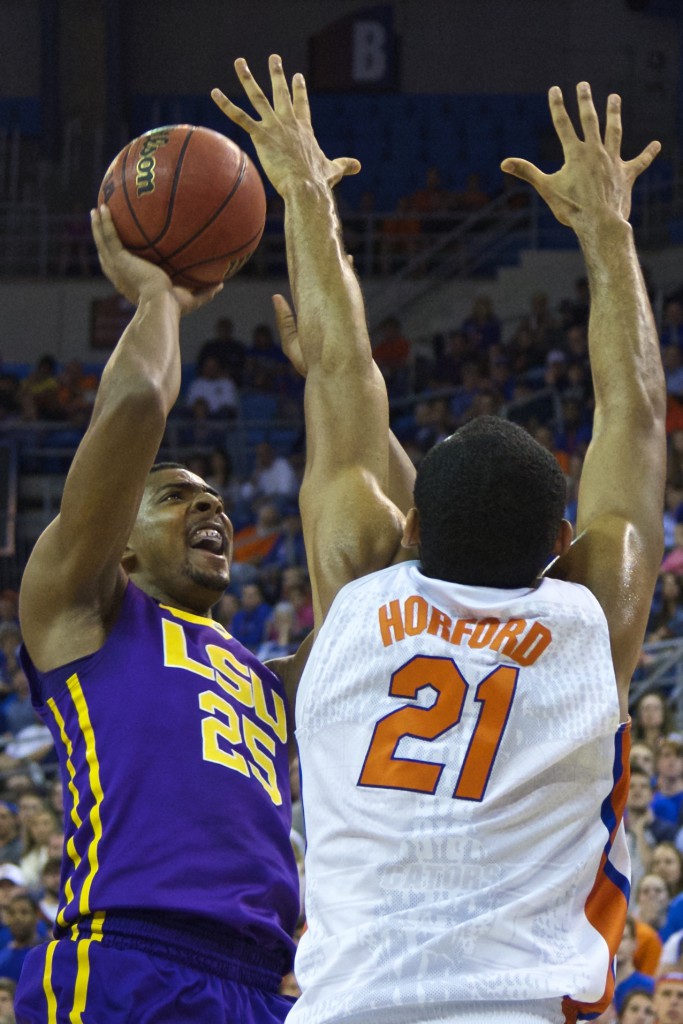 LSU's Jordan Mickey falls back as he shoots, while Florida's Jon Horford closes in. Mickey finished with a double-double, grabbing 14 boards and tallying 14 points.

Florida's Dorian Finney-Smith throws down a dunk early in the first half.

The Rowdy Reptiles cheer on the Gators.

Mickey secures a rebound despite Robinson's best effort to pry it away.

Coach Billy Donovan reacts to a call against his Gators.

LSU's Jarell Martin releases a three-point shot while Frazier closes in. Martin lead the Tigers in scoring with 22 points, while also grabbing 8 rebounds.

Robinson pulls up for a shot in front of Martin.

Florida's bench helps Michael Frazier II back onto his feet after diving into the bench to save a ball moving out of bounds.

Frazier looks on as LSU's Keith Hornsby drives baseline towards the basket. Hornsby was another Tiger who finished with double-digits, scoring 15 points.

Robinson attempts to take a charge as Martin drives the lane and shoots a leaning jump shot. 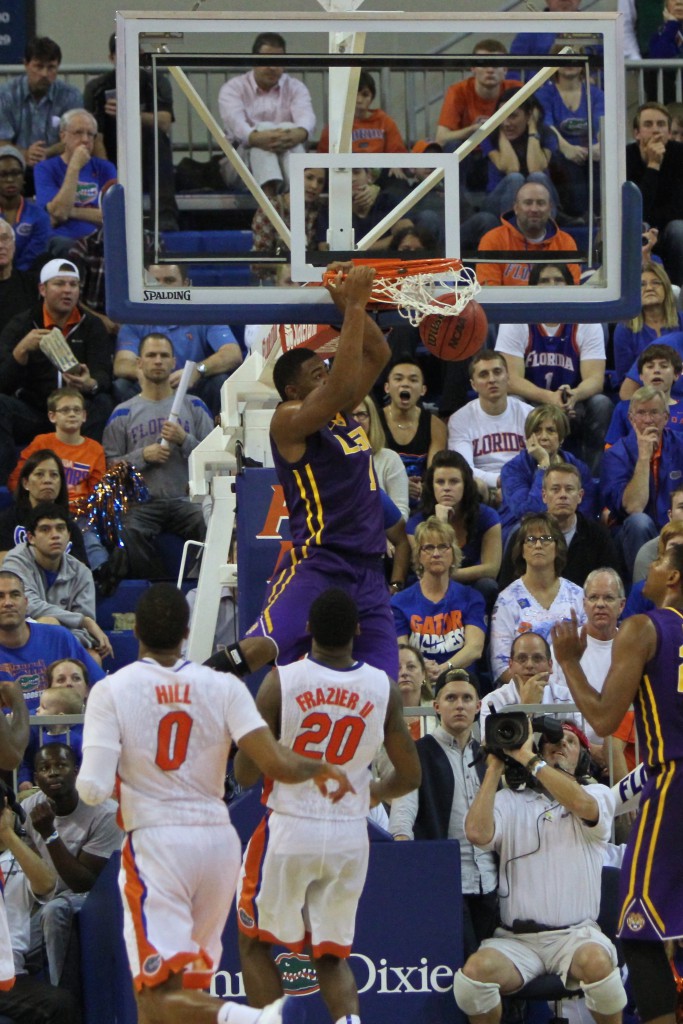 Greenberry Taylor is a reporter who can be contacted by calling 352-392-6397 or emailing news@wuft.org.
Previous Bill To Allow Guns On Florida Campuses Passes First Hurdle
Next Jan. 21, 2015: Morning News In 90