When Tim Read rings the Salvation Army bell for donations, he makes sure to wear a Christmas tie.

Read has been a bell-ringer for the Salvation Army since 2010. Last year, he worked five to six days per week for about nine hours accepting donations.

“I want everybody to know that help comes from everywhere,” he said.

At the Red Kettle Kickoff, bell ringers, Salvation Army officers and residents of Ocala were all in attendance to start the holiday season and begin to collect donations for the charity’s programs to help the needy.

Patterson said the donations go toward assembling food and gift baskets for the homeless and those in the community struggling financially.

The Marion County Salvation Army hopes to surpass its total from 2013 of $264,000 and reach $275,000 in donations this season, according to Patterson.

There will be 35 kettles scattered throughout Ocala at locations like Publix, Winn-Dixie, Hobby Lobby and Wal-Mart. Patterson thinks the Salvation Army is fulfilling for him because he can see how the programs impact people’s lives in a genuine way.

“I’ve never heard of anyone being turned down,” he said.

The Marion County Salvation Army doesn’t turn down any extra help either. Volunteers range from the elderly to middle school students.

The St. John Lutheran Middle School in Ocala performed Christmas songs on handbells and sang as a choir at the Red Kettle Kickoff.

Music Director Rebecca Schaffer said the school has a special relationship with the organization year-round. Students are bell-ringers at the Kmart in Ocala and many students have parents involved with the Salvation Army.

“We want our students to have that desire for service and give back,” Schaffer said.

The Red Kettle Kickoff has been an annual event in downtown Ocala for over 30 years, said Patterson.

“It’s what Salvation Army has done for over 100 years and why we continue to provide to those in need,” he said. 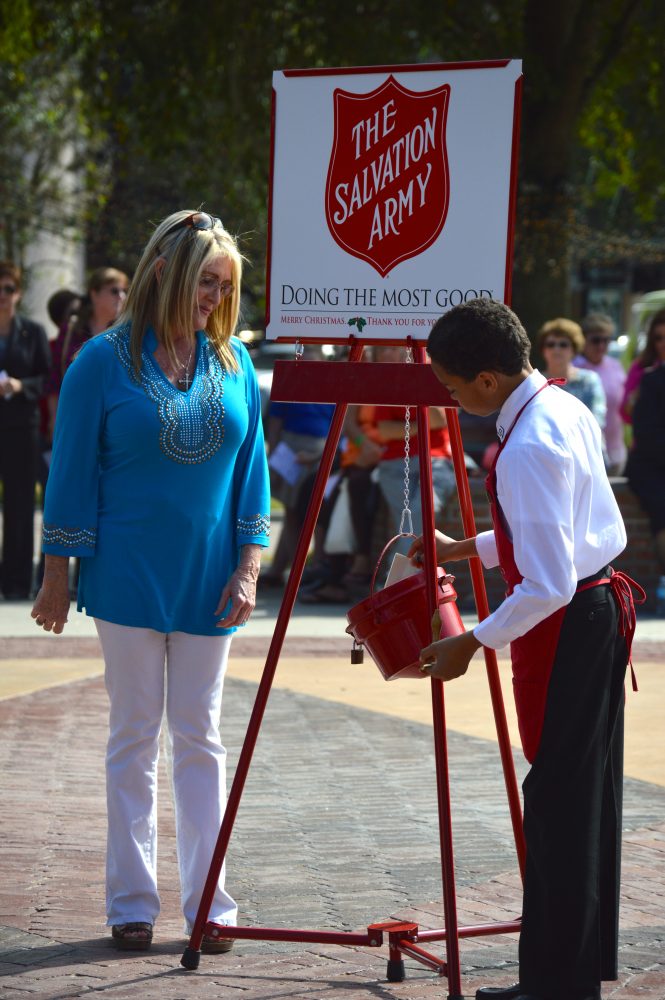 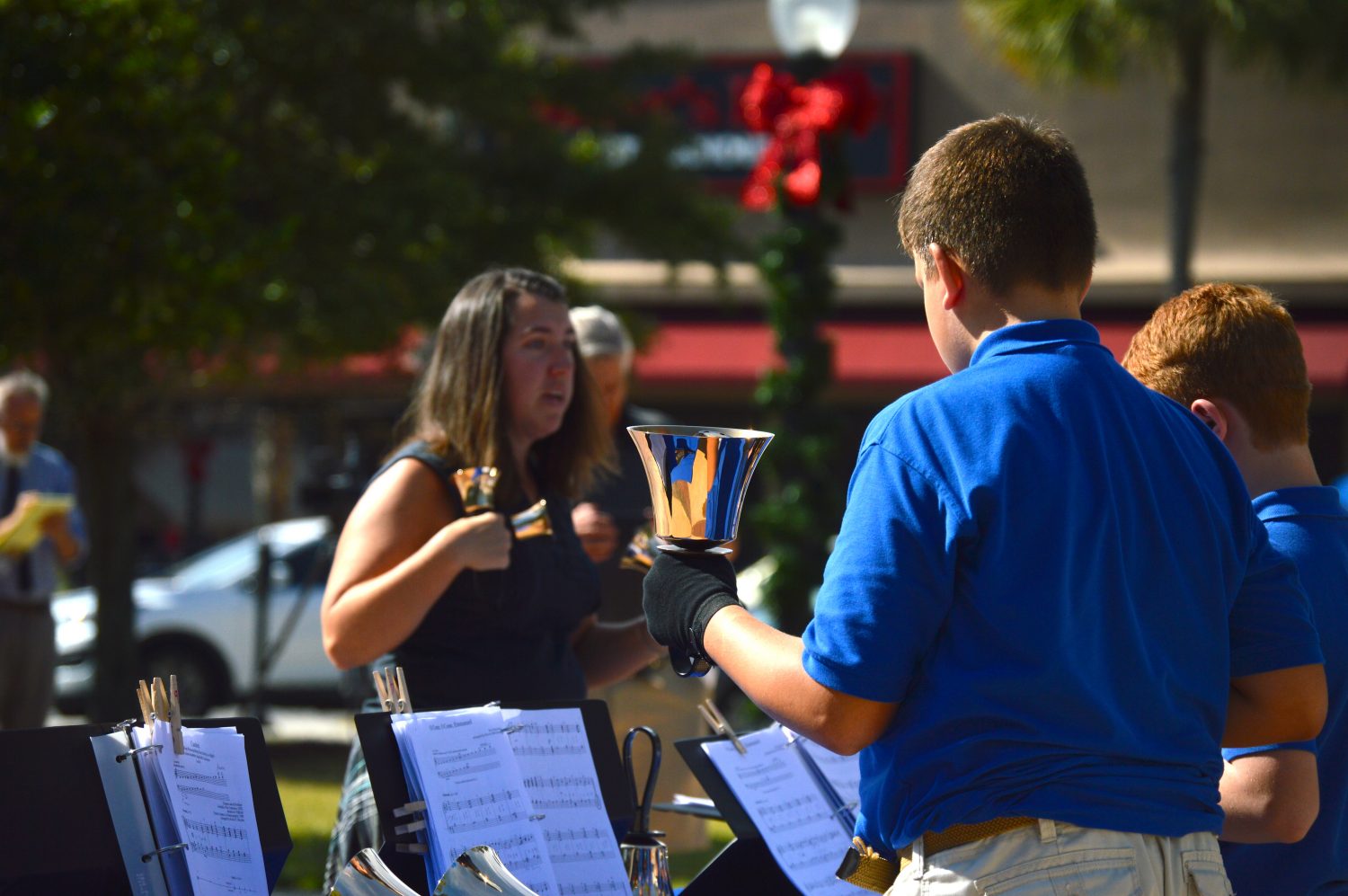 St. John Lutheran Middle School Music Director Rebecca Schaffer conducts her students as they perform Christmas songs on the handbells. The school performed at the annual Red Kettle Kickoff in Ocala for the Salvation Army. 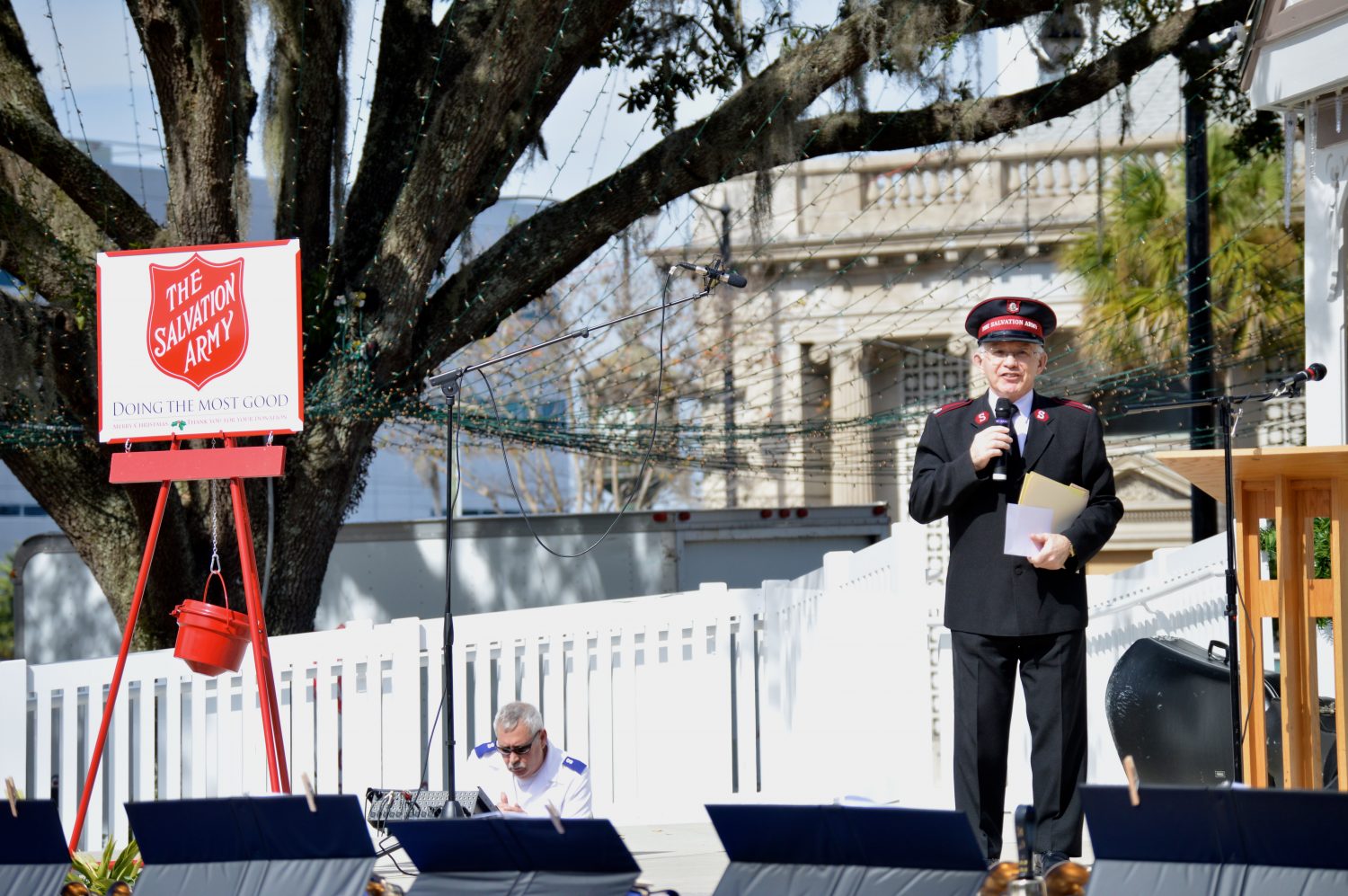 Major George Patterson speaks at the Red Kettle Kickoff for the Salvation Army on Wednesday. 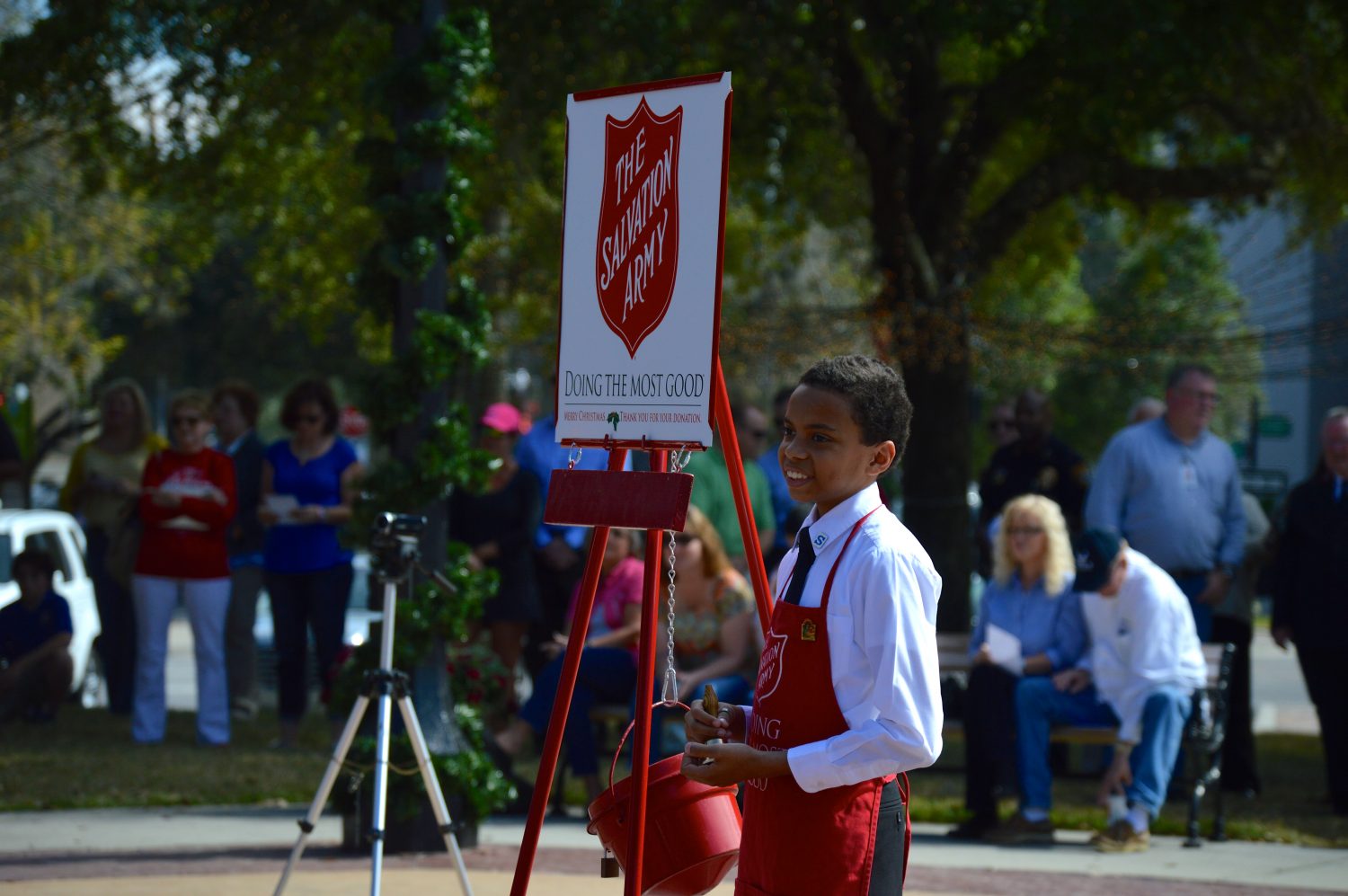 Cameron Adamson, 13, accepted the first donation at the Red Kettle Kickoff on Wednesday.

Cassidy is a reporter for WUFT News and can be contacted by calling 352-392-6397 or emailing news@wuft.org.
Previous Nov. 12, 2014: Afternoon News in 90 #1
Next Cigarette Receptacles Making Impact Downtown