A local non-profit organization is helping veterans transition into their futures by echoing their selfless service done in the past.

Vetspace, with 16 bedrooms and a couple single apartments for families, is primarily funded by U.S. Department of Veterans Affair’s grants. It offers free housing and case management services to approximately 45 veterans, according to their web page at www.vetspace.org.

“My main thing is to help them help themselves, there is so much out there in the community so we want to make sure to connect them with the people out there that are willing to help,” said Tracy Anderson, a case manager at Vetspace.

In Alachua County approximately 40 percent of the 2000 homeless people are veterans, according to a City of Gainesville survey.

For resident veteran Art Galbraith, Vetspace provides important housing while he goes through treatment at the Malcom Randall VA Medical Center. The treatment schedule was too frequent for him to maintain his job as a tour guide in downtown St. Augustine.

“I was at the VA hospital, taking showers there and living in my car … that’s when I found Vetspace,” he said.

An important part of Vetspace is the development of a three-month incremental service plan to make sure veterans are achieving their goals. Weekly counseling sessions and open dialogue between the veterans establishes a progressive environment, Anderson said.

“You can cut all your expenses to the bone [living in Vetspace], so that when you’re ready to leave you have a good exit plan and you have money in the bank,” Galbraith said.

A grant for about $102,000 from the Department of Housing and Urban Development makes up the bulk of the funding for the housing, $52,000 of which is spent on leasing alone, said Cheryl Wedgewood, executive director of Vetspace.

The budget of that grant is a tight fit for the amount of veterans that Vetspace is housing, but by seeking smaller grants and donations from the community, Vetspace is sometimes able to help with the little things.

One veteran who worked with Wedgewood was homeless, unemployed and had legal issues. He also has suffered from post traumatic stress disorder.

“Helping pay one $200 [driver’s license] fee can help… get him transportation, enable him to work, enable him to pay child support and keep him out of jail,” Wedgewood said.

The most rewarding thing for Anderson is to see the veterans successfully transition back into the community.

“Now you’re seeing them back in the community giving back to the people that helped them, it’s not like you just give to them and they drop the ball,” she said. 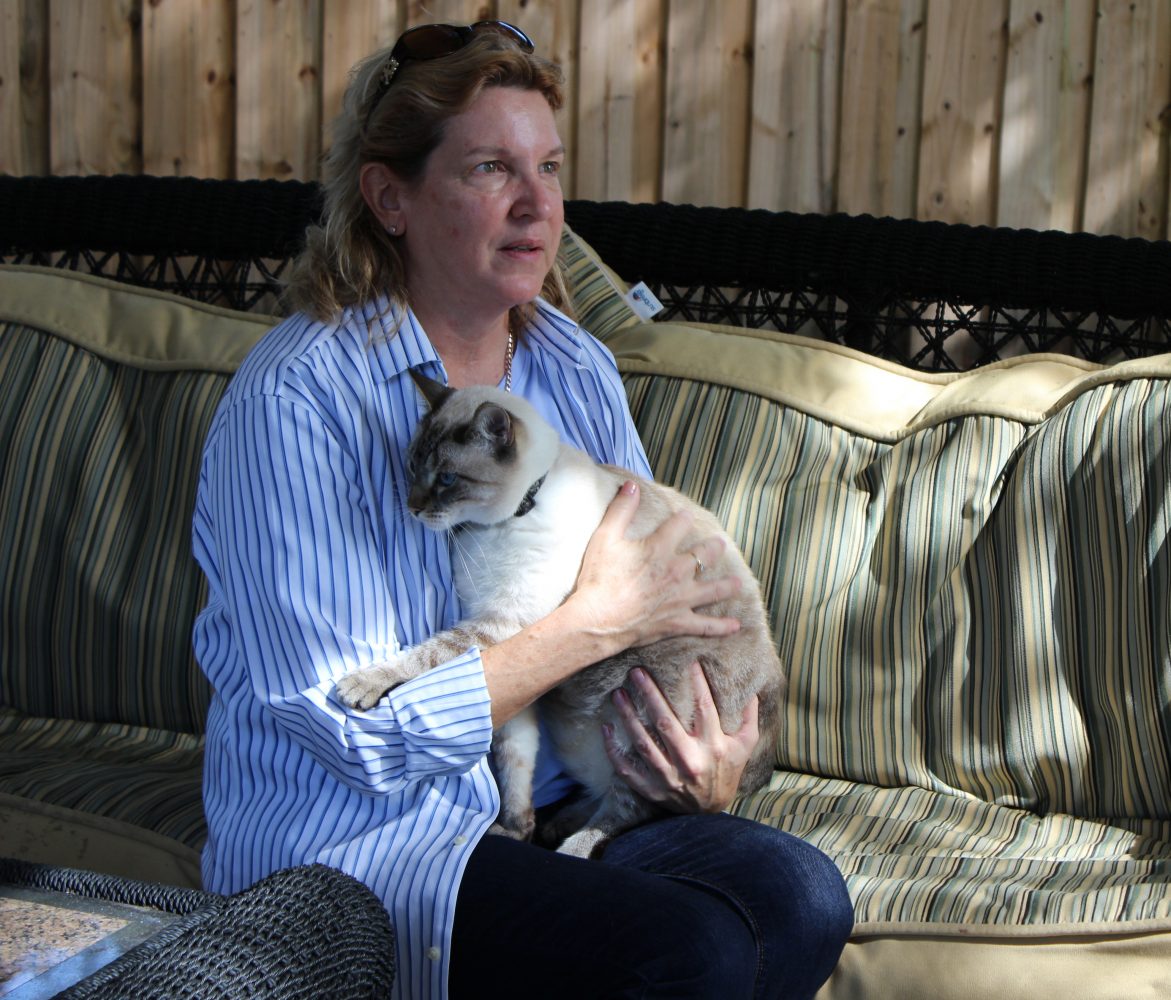 Cheryl Wedgewood, executive director of Vetspace, holds TC the counseling cat for Vetspace. TC has gone through his own share of trauma, like a car accident that maimed his tail. TC is a favorite companion among the veterans. 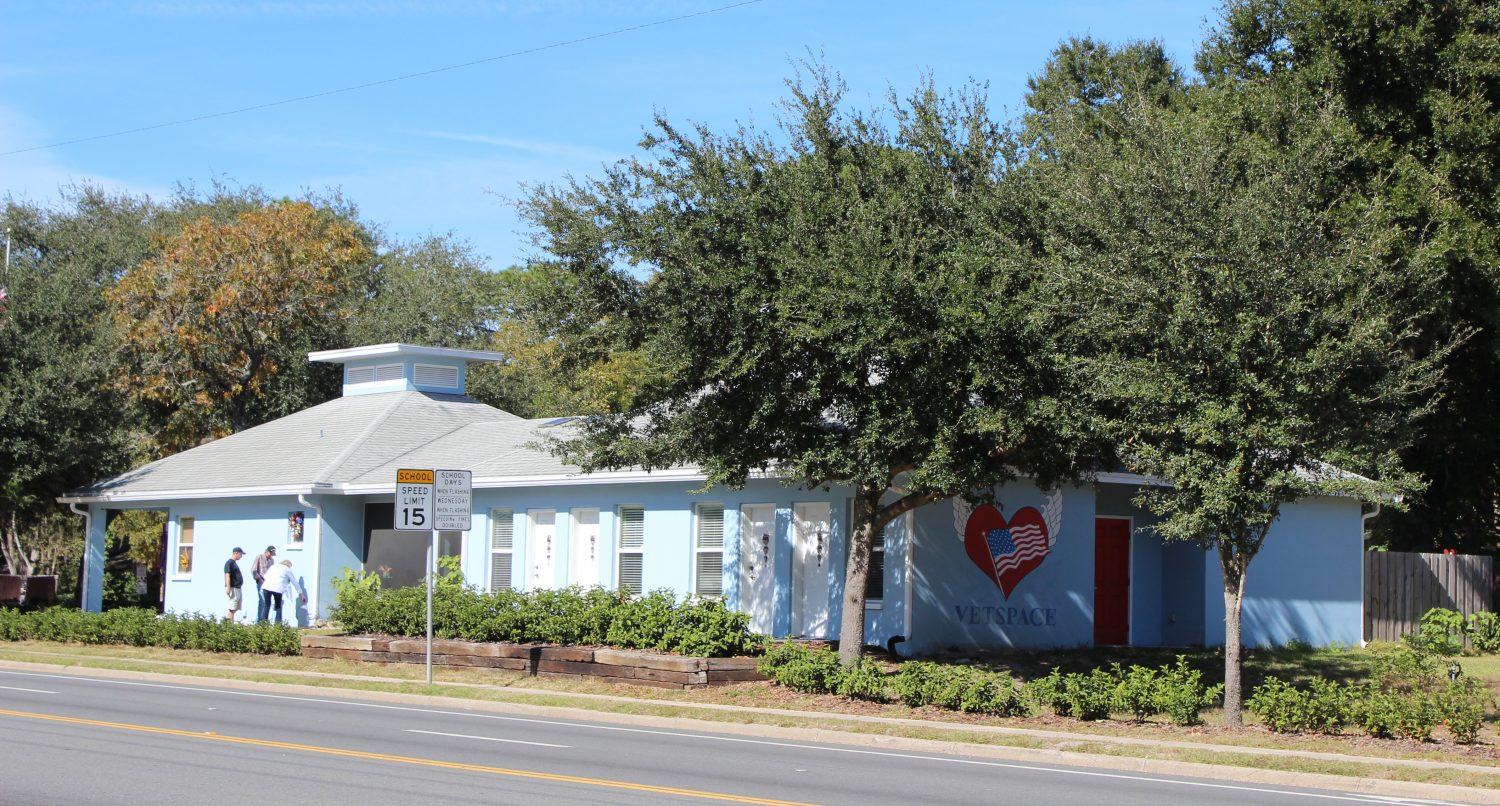 The back facade of Vetspace recently repainted by a local artist. Staff and veterans spent the day working on the facilities of the center. 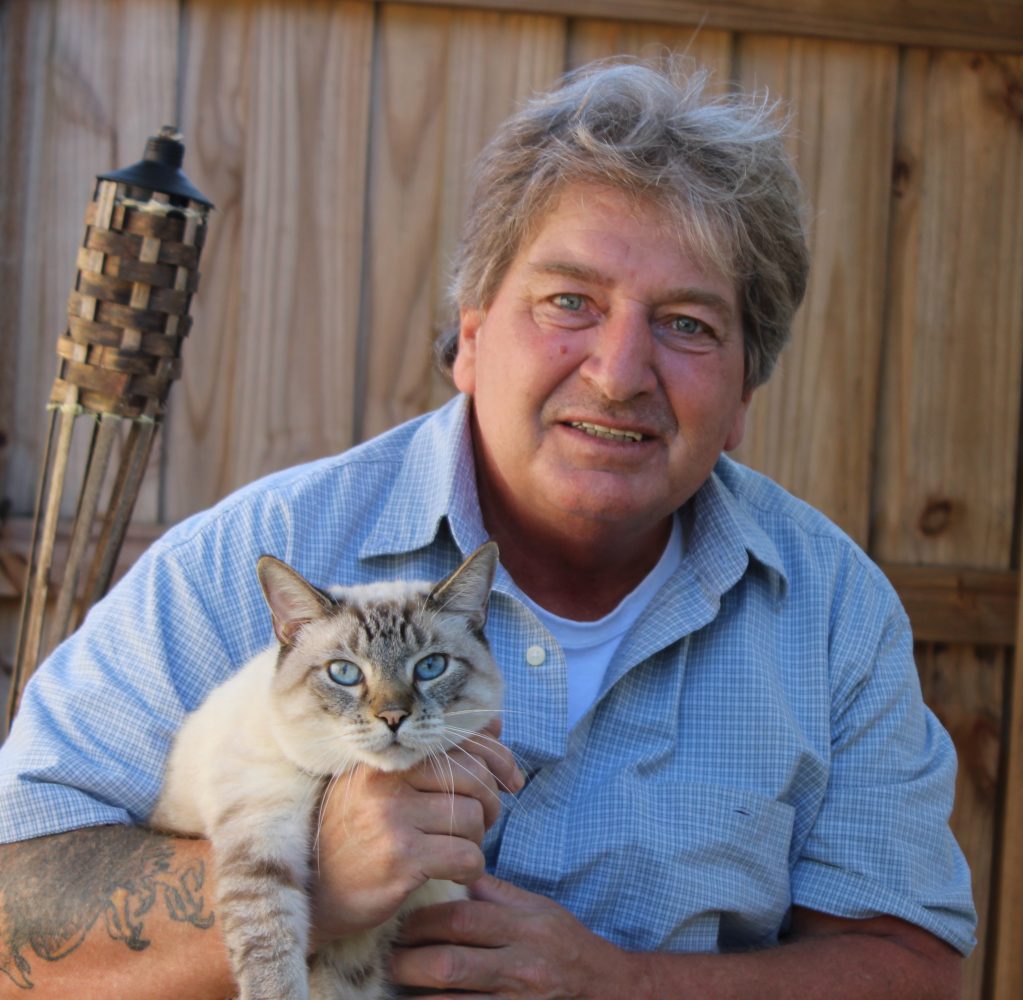 Art Galbraith, resident veteran, holds TC the cat while explaining his memories from service days. Galbraith feels the cat has a way of finding the people most in need of comfort. 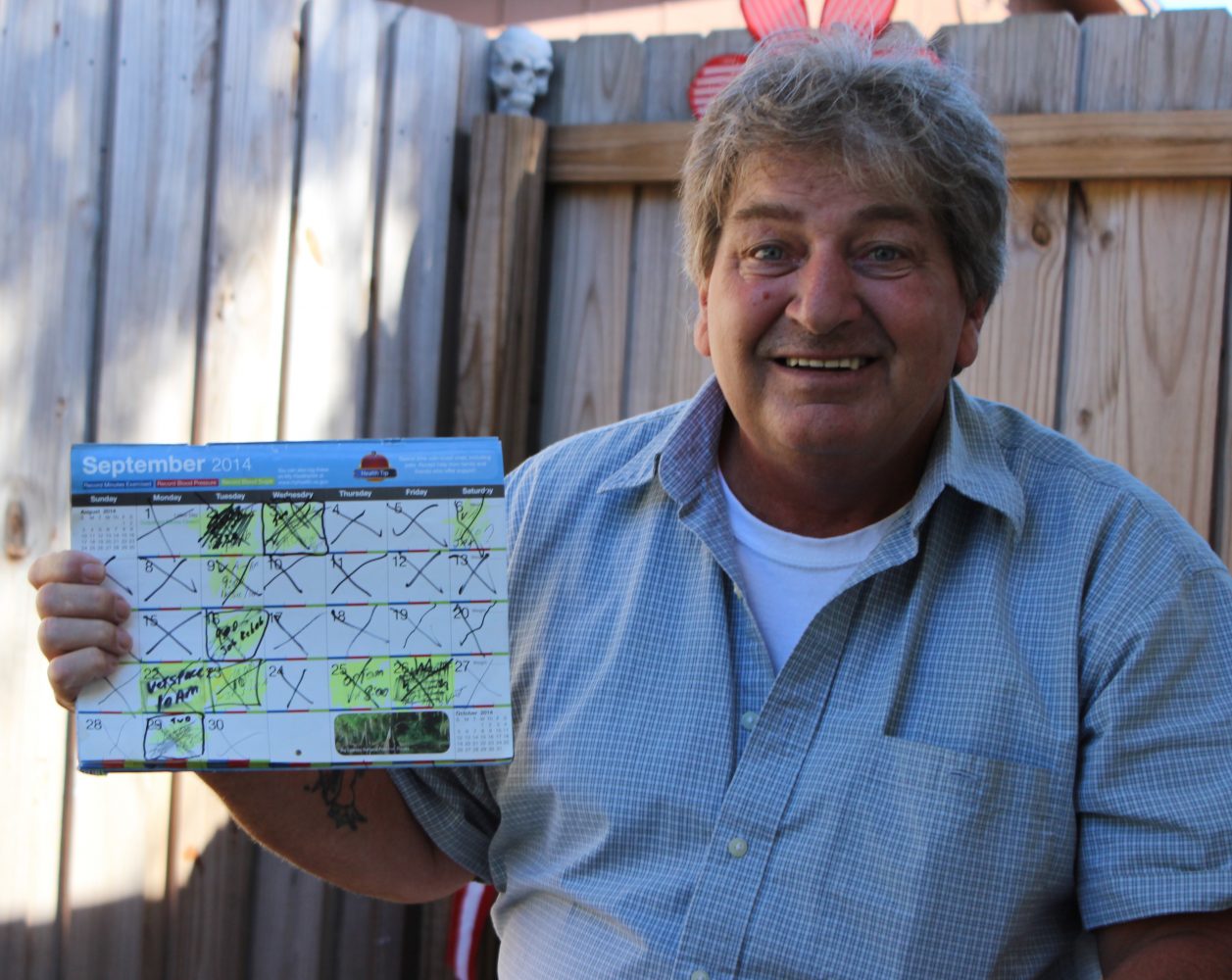 Art Galbraith shows his calendar filled with medical appointments. June 25 this year was the first day he became homeless after the medical expenses and time forced him to quit his job as a tour guide in downtown St. Augustine. 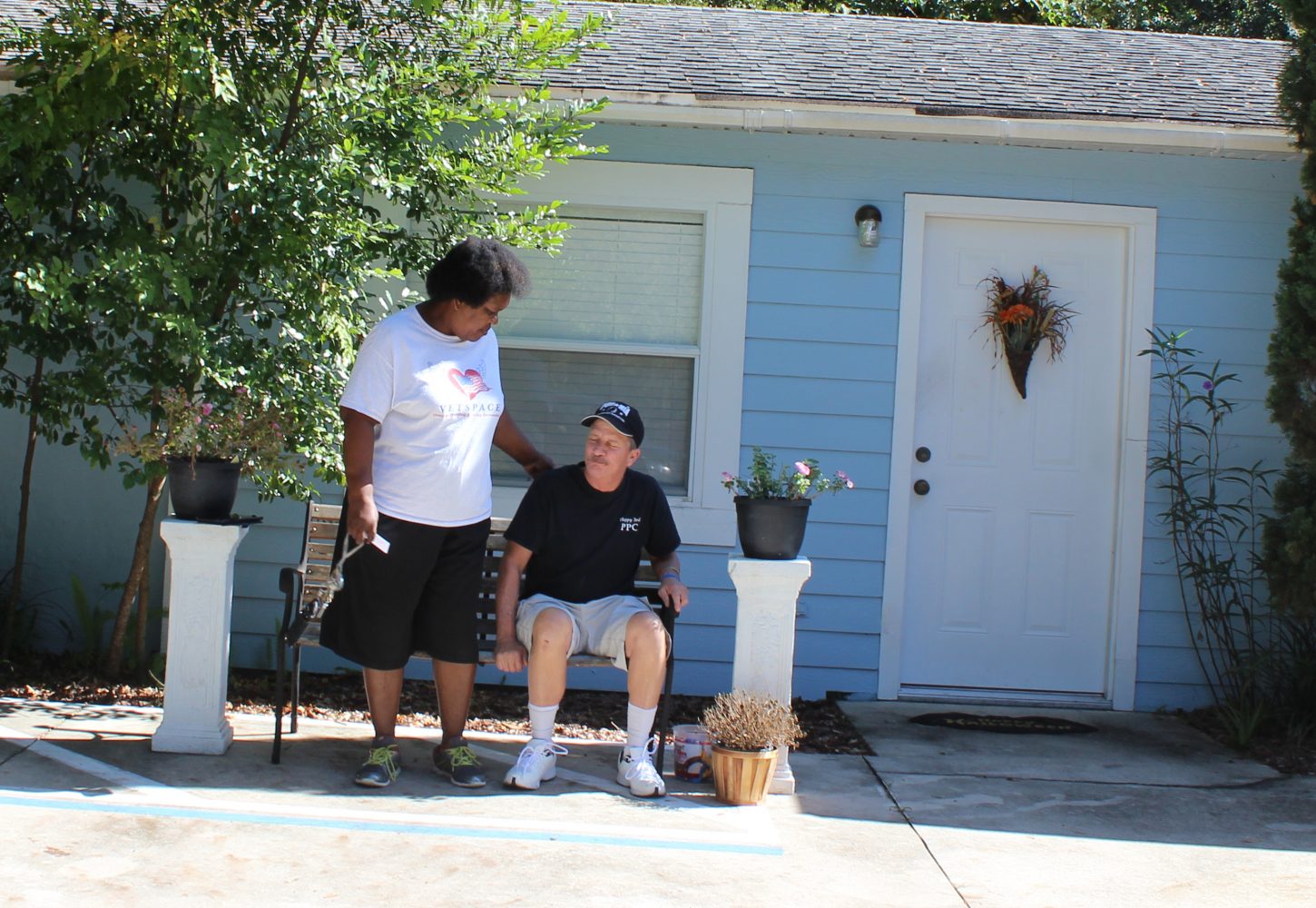 Eric is a reporter who can be contacted by calling 352-392-6397 or emailing news@wuft.org.
Previous National Organizations Encourage Female Business Owners
Next Plant-Eating Beetle: Cheapest Way To Kill Weeds