Charlie Crist had many fans in attendance at Pugh Hall on the University of Florida’s campus Wednesday.

UF College Democrats handed out voting pledges, supporters held up “Gators for Charlie” signs and a small black fan sat on stage, poised for Crist’s arrival. This time, Crist’s opponent Rick Scott was not in attendance to protest the fan’s presence.

Supporters of Scott stood outside Pugh and held up posters but remained silent.

With the 2014 gubernatorial election only six days away, both candidates are pushing for college students to mobilize and cast votes.

Lines on Election Day are long and people can leave after waiting for hours to cast their vote. Crist urged everyone in attendance to stay in line and stressed the importance of early voting.

Avin said it is crucial for students to vote in this election because either Rick Scott or Charlie Crist stands to make decisions on the issues of women’s rights, environmental policy, education and the minimum wage once they have taken office.

Crist emphasized education in his speech, citing lowering interest rates on student loans and increasing the number of Bright Futures scholarships as his goals.

“A great society is built on a strong and powerful education,” he said.

Cheers from the crowd thundered through Pugh Hall as Crist promised to support women’s right to choose and having healthcare be a conversation between a woman and her doctor. Crist pledged support for equal pay for equal work, and ballot Amendments 1 and 2.

College Democrats vice president Jenna Goldman, 21, took on the criticisms of Crist’s political party swap by saying “he saw the light.” Democrats in attendance were in full support of their party’s candidate, booing every time Scott’s name was uttered.

“We haven’t had a progressive governor in most of our lifetimes,” Goldman said.

She spoke of the state’s diversity and called the Republican near-supermajority in the Florida legislature ridiculous.

Following Crist’s appearance, UF College Democrats ushered attendees outside to vans waiting to take people to early voting locations. Crist took selfies with supporters and waved as he drove away in a modest blue sedan.

“The election is in your hands,” he told students. 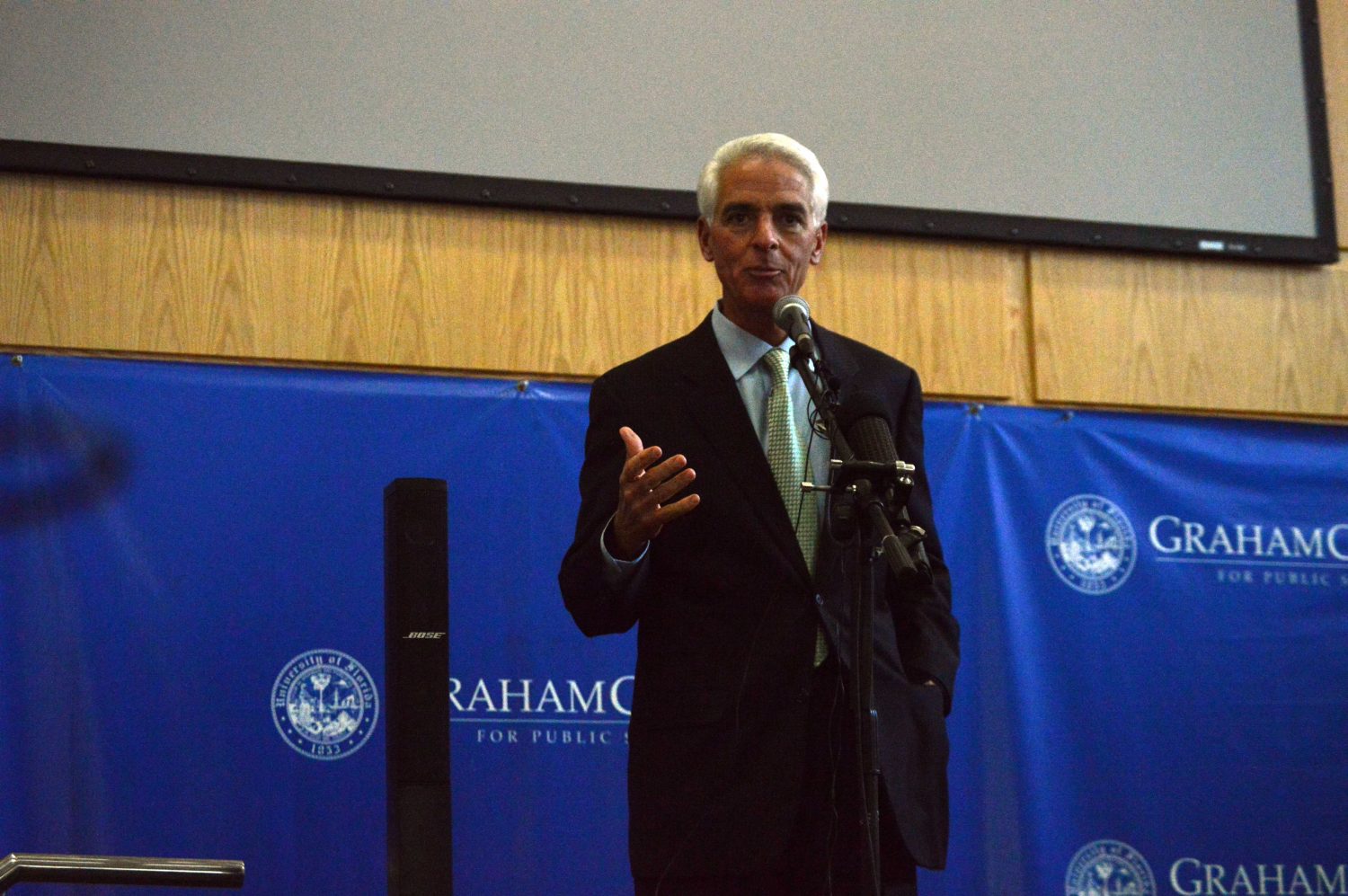 Charlie Crist spoke at UF on Wednesday. He touched on the importance of voting and education policy in his speech. 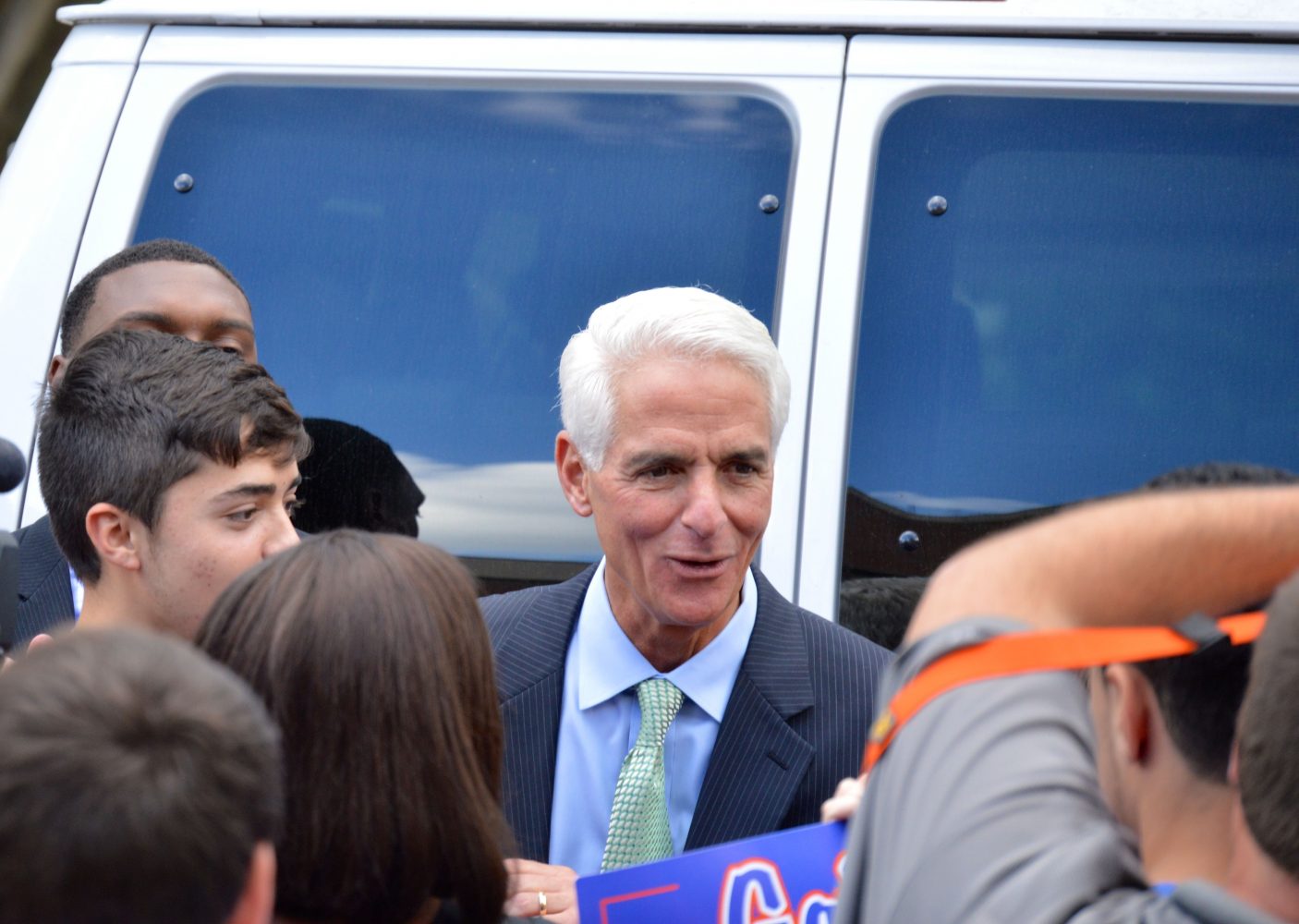 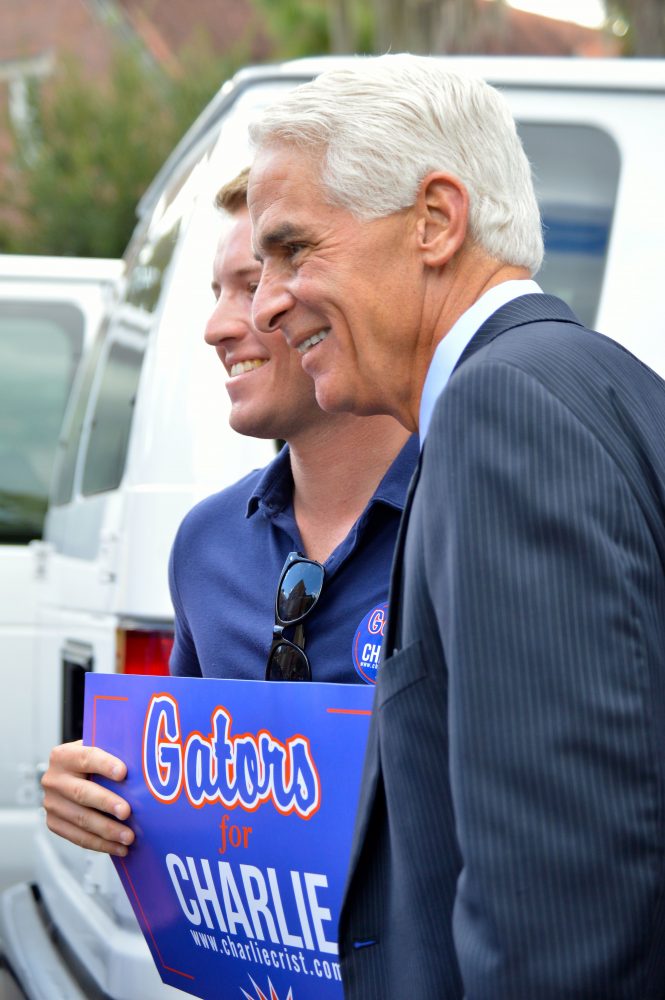 Former Florida Gov. Charlie Crist takes pictures with members of the UF College Democrats at a 2014 rally. His loss to Republican Rick Scott that year and other defeats for Democrats in the state has party leaders looking for answers. (File/WUFT News) 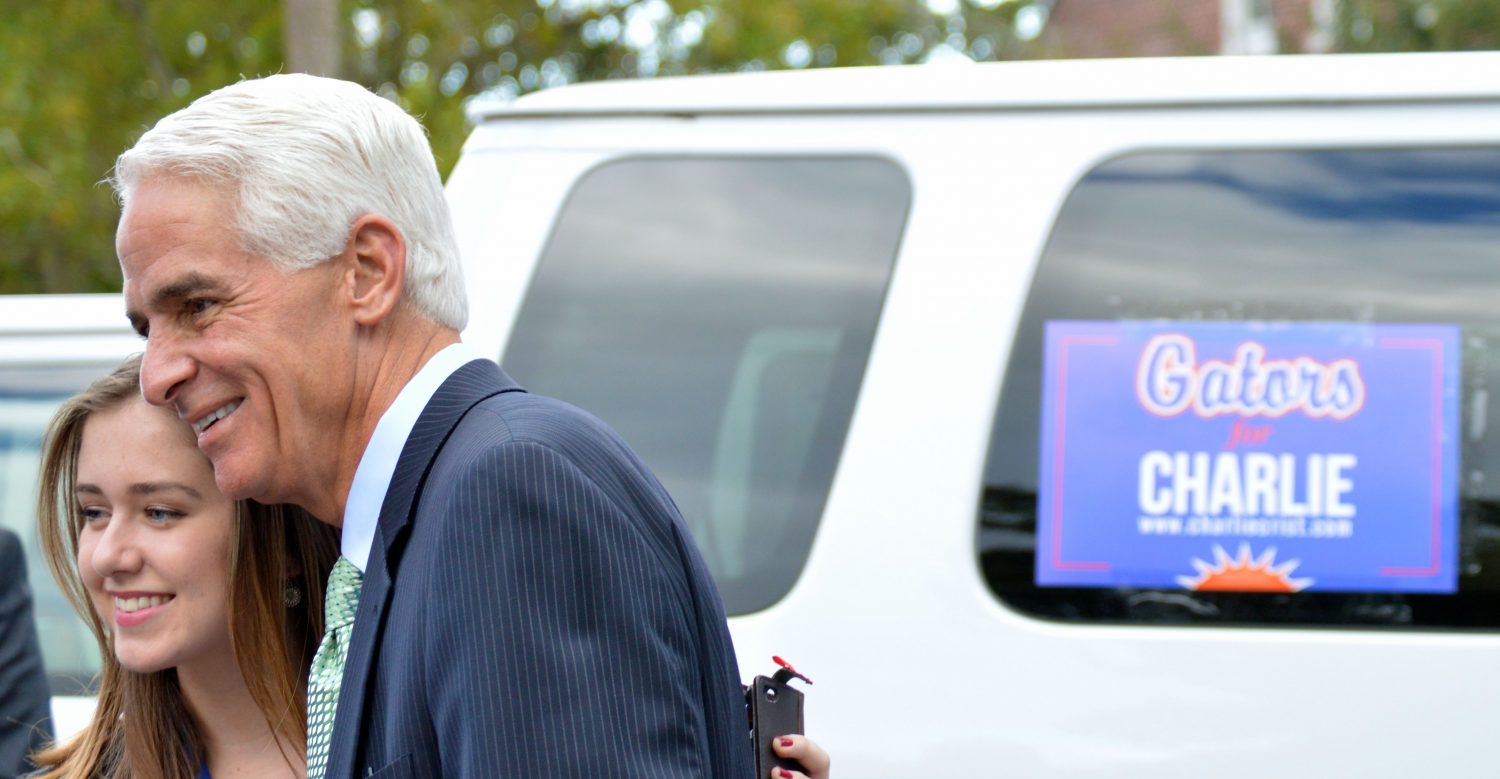 Crist takes photos with students after his speech in Pugh Hall Wednesday. 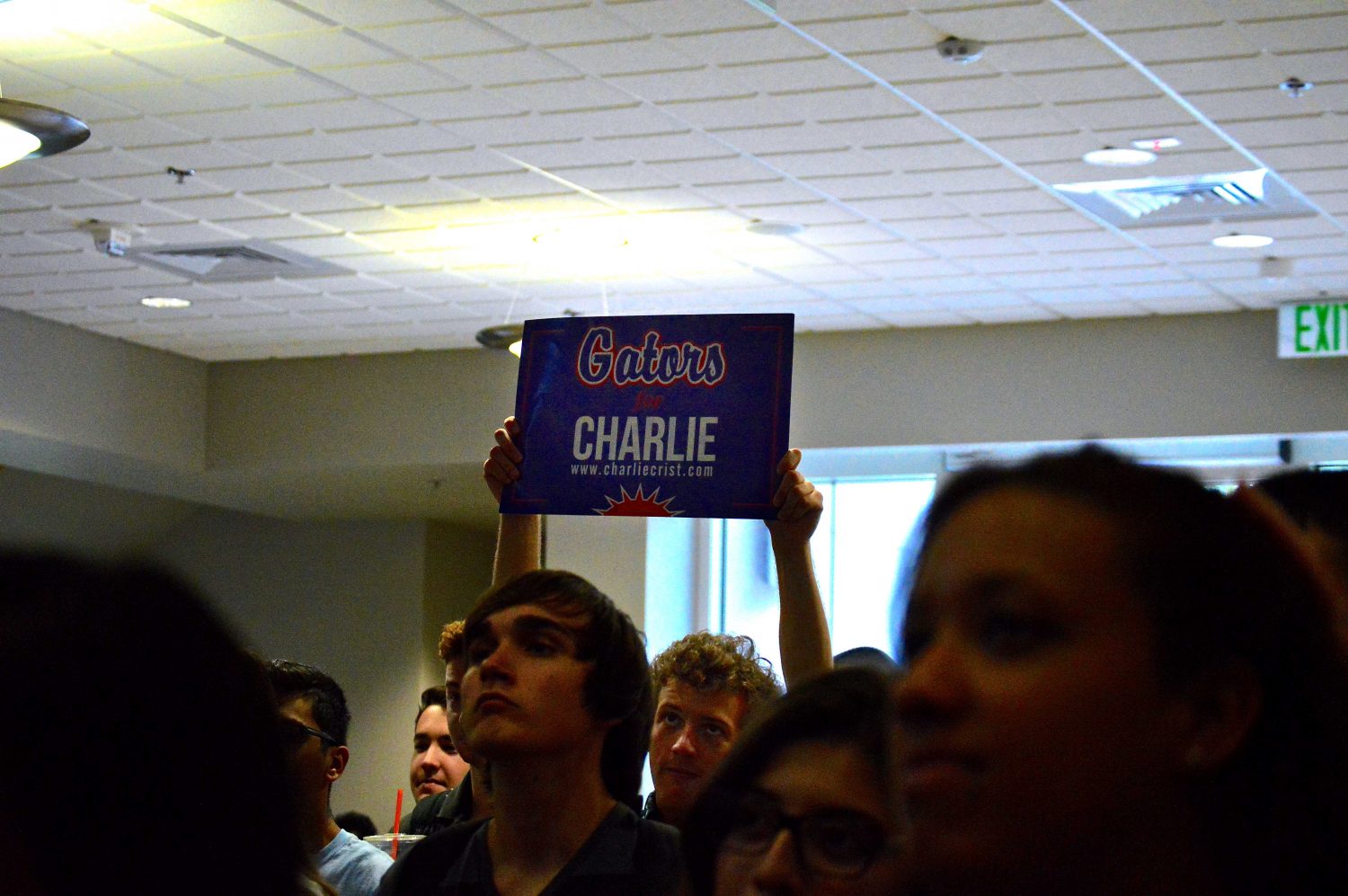 Cassidy is a reporter for WUFT News and can be contacted by calling 352-392-6397 or emailing news@wuft.org.
Previous Oct. 29th, 2014: Afternoon News in 90
Next County Commission Votes To Keep Barr Hammock Trail Open