After eight weeks in the Gainesville Correctional Institution Work Camp, Harry Potter will be free. Sirius Black and Dobby are almost out on parole too.

Don’t worry about what magical crimes were committed though, these characters are a group of furry, four-legged friends who specialize in second chances.

Six shelter dogs make up the 36th academy of Paws on Parole, a partnership program between Alachua County Animal Services and the Florida Department of Corrections Work Camp. Inmates at the work camp volunteer to house-train the dogs for eight weeks in order for them to pass the American Kennel Club’s Canine Good Citizens (CGC) program.

Dogs are available for adoption after graduating from the program. With a 100 percent adoption and retention rate, Paws on Parole “Hairy Pawter” themed academy hopes the magic continues.

“We’ve been doing it a little over four years and it’s a very good program,” said Sgt. Eric Wooten, a sergeant at the Department of Corrections in Gainesville. “It teaches the inmates as well as helps the animals.”

With between six and eight dogs per academy, the program has helped more than 200 shelter dogs find their “forever families” after eight weeks of inmate training.

Every dog that has gone through the Paws on Parole program, so far, has found a permanent home, with families even coming from out of state in search of a potential pet, according to Pope Hunter, Earth Pets Natural Pet Market employee.

“It’s been tremendous to see six to eight dogs that would’ve normally been stuck in the shelter system find a new home,” Hunter said. “There’s a lot of thought and work that goes into it and the fact that it has such a high placement and retention rate in the homes shows that.”

According to Wooten, a group of marketing students from the University of Florida select the theme of each academy and name each dog based on its personality. Past themes have included “Rolling Bone,” “Pups of the Caribbean” and “The Wizard of Pawz.”

While there are a number of inmate dog training programs in Florida, Wooten said Paws on Parole is the only program that themes each group of dogs and names each one based off their individual personalities.

“The names and themes can stick with people,” Hunter said. “When the theme was Dog Dynasty, people were interested to meet Si or Miss Kay. I don’t watch the show personally, but a lot of people do and it can help them get to know the dogs just a bit more personally.”

The work camp inmates involved in the program are all carefully selected and convicted of minor offenses only.

Inmates teach obedience training while also learning about daily dog care such as feeding, grooming and routine health care. In order to become CGC certified, the dogs must pass ten tests ranging from responding to a call to accepting a friendly stranger.

“It’s a strenuous job because it’s a seven-days-a-week job,” Wooten said. “The dogs are with the inmates 24 hours a day.”

Throughout the eight-week program, there are various outing and adoption events held in Gainesville where potential owners can meet the different dogs and adoption counselors try to find the perfect match.

If a perfect fit is found for one of the dogs, new owners must submit an adoption application and pay a $30 fee that covers spay or neutering, a microchip, all immunizations, flea and heartworm prevention, and a bag of food.

At the end of the eight weeks, a graduation ceremony is held for the inmates and pooches to strut their stuff for their new families. Then the inmates say goodbye one last time before ceremoniously handing off the pet to go home.

“They miss ‘em,” Wooten said. “I’ve actually seen them cry when they leave, but that’s been rare.”

Anyone interested in potentially picking up a pet can check www.pawsonparole.com for more information on the dogs up for adoption, how to volunteer and more.

“Anything you’re looking for, you can find in rescue,” said Chelsea Bower, the director of Haile’s Angels Pet Rescue. “You’re saving a life and giving a dog a second life in an awesome home.”

Erica is a reporter who can be contacted by calling 352-392-6397 or emailing news@wuft.org.
Previous Hog Infestation Halts Historic Airport Runway
Next Residents Encouraged To Vote Early At ‘Empowerment Sunday’ 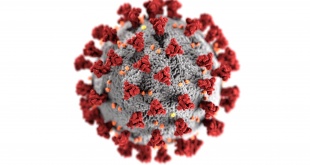 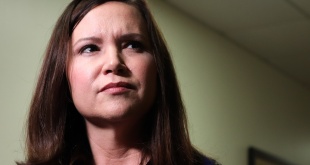