The University of Florida broke ground Friday on its new chemistry and chemical biology building, which is expected to cost $67 million.

With nearly 40 percent of freshmen enrolled in general chemistry classes, the new building is expected to enhance the learning experience for a large number of students.

“With the new labs, lecture halls and the spaces for studying and advising that we are going to get in this new building,” said UF President Bernie Machen, “the light will only intensify as this university continues to move forward.”

The old chemistry building, which opened its doors in 1906, will be renovated as soon as the new building is up and running.

This is one of at least six major construction projects on campus, each costing tens of millions of dollars.

Current projects include a new dorm, a new building for the business college and the Reitz Union expansion. Upcoming projects still in the design phase include a complete renovation of the O’Connell Center and a showcase facility for engineering students.

The dorm, business building and Reitz Union expansion are expected to be complete by Fall 2015. Students will also have the option to choose from another residential hall, Cypress Hall.

Together, the projects will cost more than $160 million. The University of Florida breaks ground for the new chemistry building that will be built next to Leigh Hall. Speakers at the ceremony included Marshall Criser III, chancellor of the State University System of Florida; Dr. J. Bernard Machen, president of UF; and Dr. William R. Dolbier, Jr., chair of the Department of Chemistry. UF’s groundbreaking ceremony for the new chemistry building took place on Friday. The shovels read “Chemistry/Chemical Biology Building Groundbreaking.” The building will cost about $67 million and should be finished April 2016. 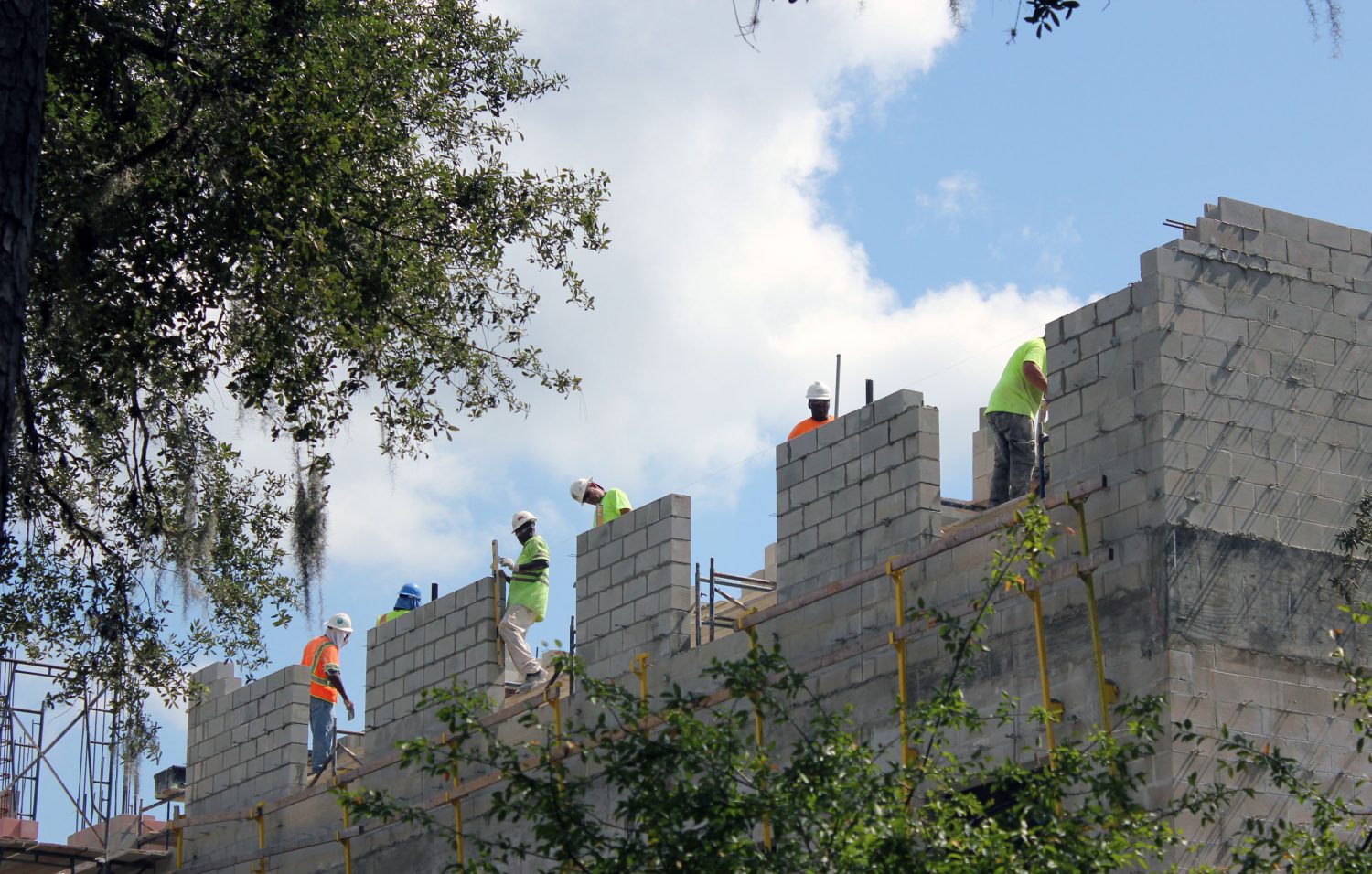 Construction workers labor on the new Cypress Hall being built on Museum Road. The hall is scheduled to open Fall 2015 and will cost about $20.5 million. Construction continues on Cypress Hall. The new dorm will accommodate 255 students with full beds. Several of the rooms are ADA suites, but there are also single occupancy suites, double occupancy suites and “super suite” rooms where six residents would share one to three bathrooms and living room space. Construction on the Reitz Union expansion continues. The project includes construction of a new 100,000-square-foot structure with several levels as well as renovation of up to 50,000 square feet of the existing building. 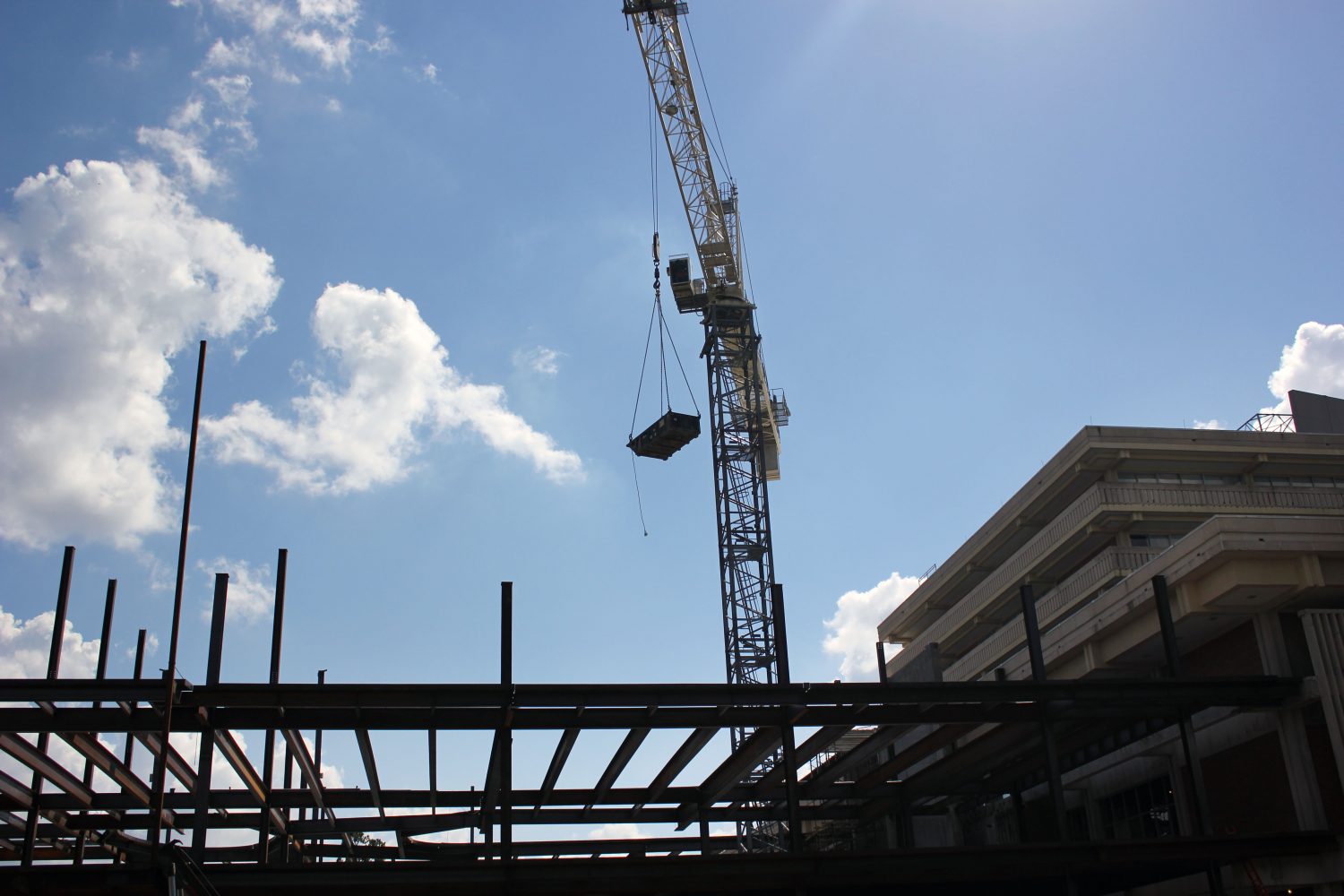 Expansion of the Reitz Union will allow room for student clubs and organizations, lounges and study spaces, meeting rooms, dance rehearsal spaces and a new Orange and Brew, according to the UF website. The renovation will improve energy efficiency, replace and update major infrastructure systems, update lighting and restore the structure and exterior. Construction where the Reitz Union Colonnade previously stood should be finished in Fall 2015. The project cost $75 million and funds were acquired from different outlets, including activity and service fees and a construction loan. No new student fees were created for the project.

Peta-Gay is a reporter for WUFT News who may be contacted by calling 352-392-6397 or emailing news @wuft.org
Previous Oct. 13, 2014: Morning News in 90
Next Gainesville Officials Educated on Ebola Safety Procedures