The La Chua Trail on Paynes Prairie Preserve State Park is undergoing somewhat of a facelift. Construction, as part of the Paynes Prairie Sheetflow Restoration Project, began Monday and will continue for about two weeks.

Two miles of drainage canals in Paynes Prairie will be filled in, starting with the La Chua Trail. Construction crews will start filling in the canal closest to the boardwalk trail and work their way back toward the new wetlands.

The pollution level in the Alachua Sink near the trail has exceeded normal toxicity levels. By law, the state park must provide a solution to lower the levels.

The park is closed beyond the boardwalk as construction workers fill in a local canal, a step in the process of providing Alachua County with safer and cleaner water.

A 125-acre man-made enhancement wetland will develop and filter the water from Sweetwater Branch before it is discharged to a mile-long natural “sheetflow” distribution channel, Bledsoe said. The project aims to re-establish this area of Paynes Prairie as a wetland ecosystem.

“It’s not a dry environment,” Bledsoe said. “It’s misleading in the name with prairie. There’s an entire wetland system out there that needs water to thrive.”

Park biologist Andrea Christman said the project will benefit the prairie’s function as a wetland ecosystem. Restoring a higher quality of water is one of the most important goals for the park overall.

“It’s also a huge benefit to the citizens of Florida and natural communities that receive water through the springs of Florida,” Christman said.

Construction is almost complete near Williston Road, where the enhancement wetland is located. The trails are expected to be ready for visitors by the end of November.

The particularly wet season has also had an impact on the park by creating large amounts of vegetation on the water’s surface. Bledsoe said the excess street runoff has brought in seeds from exotic plants that have now made the area their home.

The cleaner water will allow native plants to reclaim their territory while cutting out the exotic plants. Bledsoe hopes the natural sheetflow will provide a check-and-balance system in the environment.

“The exotic plants all compete for the same resources as the native plants,” he said. “There’s no main predator to feed on.”

The local wildlife, including alligators, have also been pushed from the Alachua Sink area to more open water areas, following the fish.

Glen Graham, a local visitor to the park, has ridden his bike to the trail for more than three years to take pictures of the wildlife.

“It’ll impact some of the other wildlife negatively, which is unfortunate, but it will be positive in the long run,” he said.

Katherine Edison, a part-time volunteer at the prairie, visits the trail to view and photograph the alligators, birds and wilderness.

“It’s exciting to think about what’s going to be happening out here once they restore that canal,” Edison said.

She said the project will affect local wildlife in the short term, but she is not worried because she knows the animals will return once construction settles down.

“I think they’re being pretty careful about it,” she said, regarding the construction. “This project is their baby. They’re going to want to do it right.” 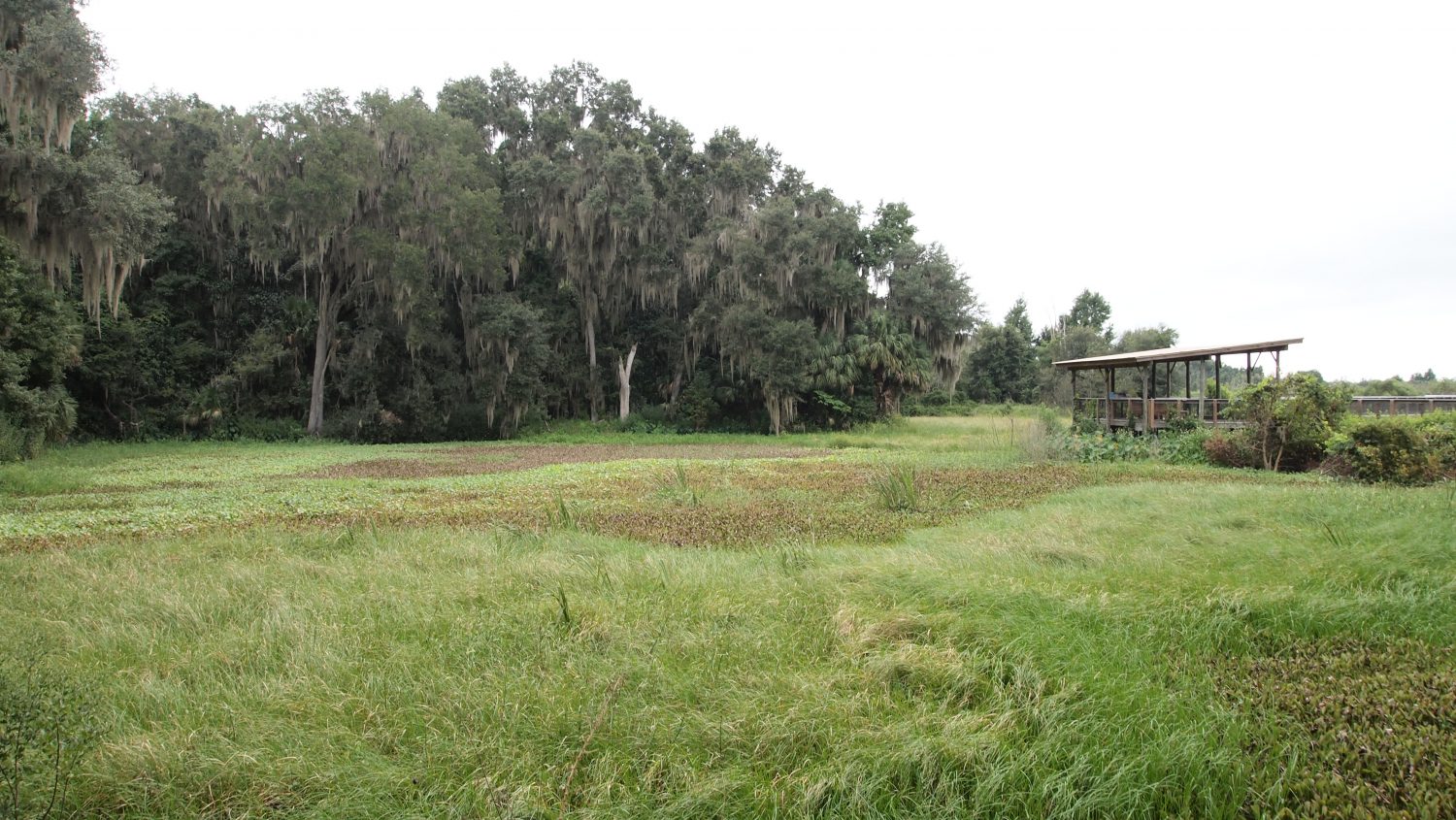 The water’s surface is no longer visible at Alachua Sink due to high vegetation. 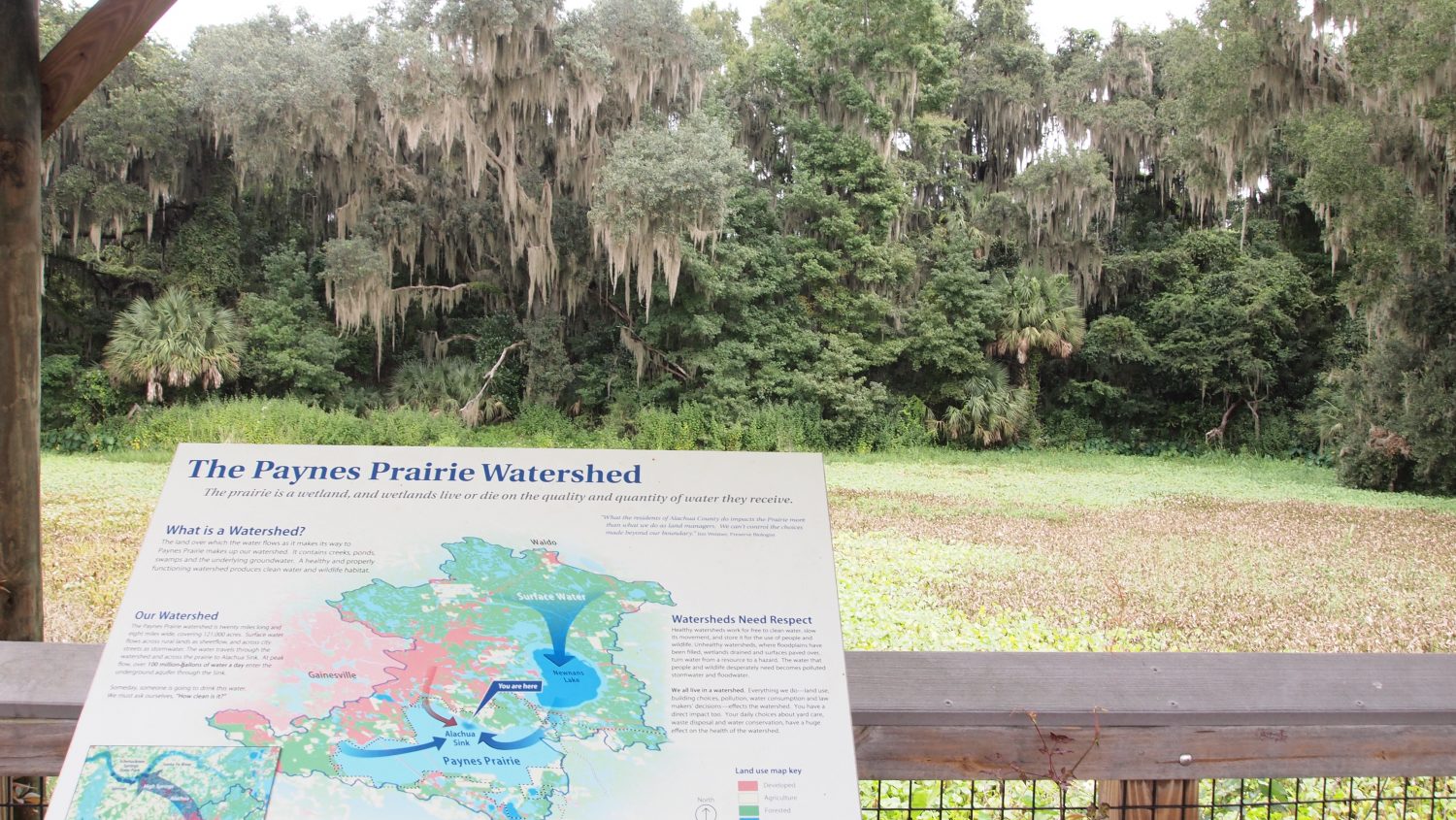 The Paynes Prairie Watershed has a direct connection to the Florida Aquifer. 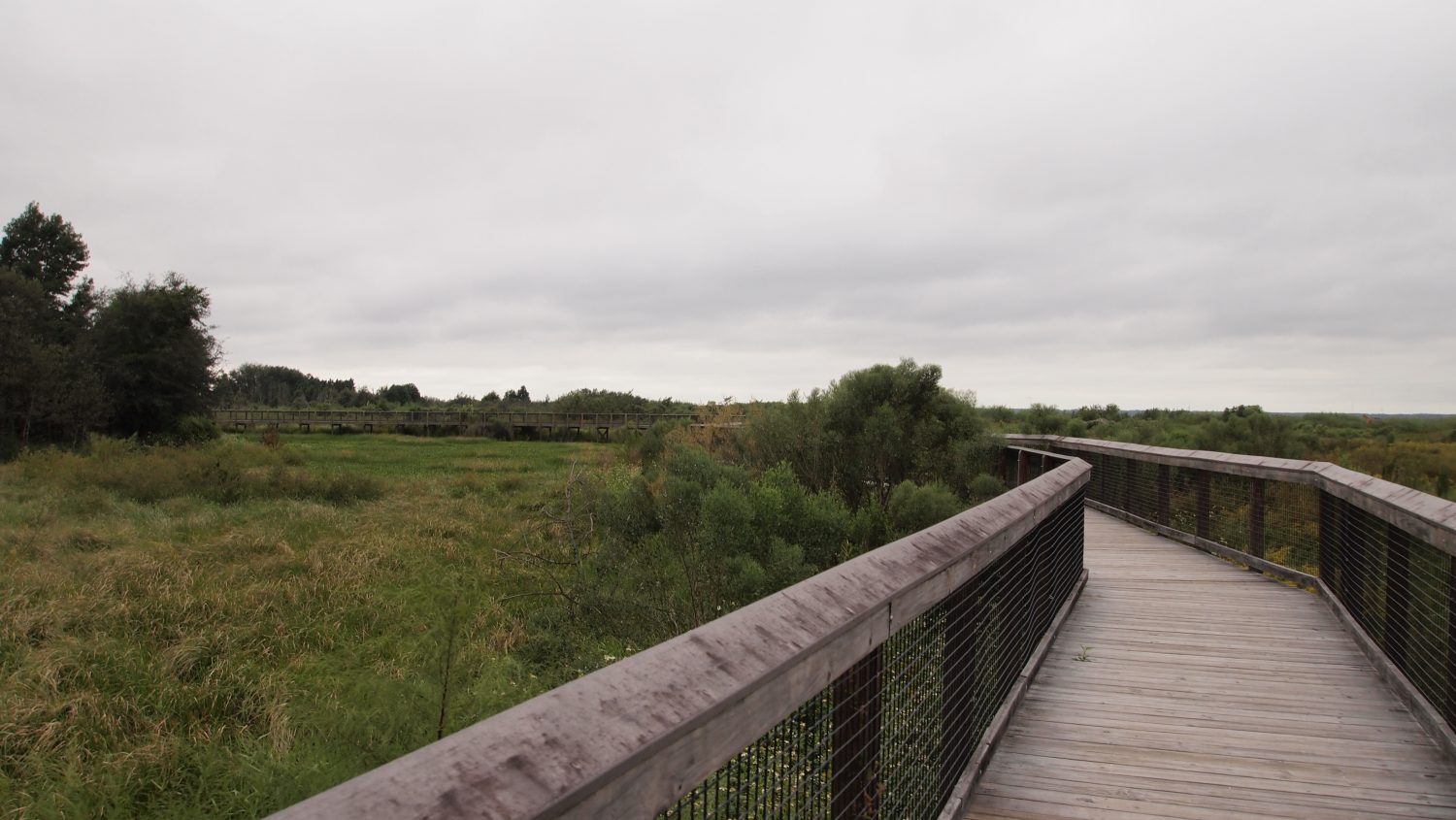 The boardwalk at La Chua Trail will remain open during construction. 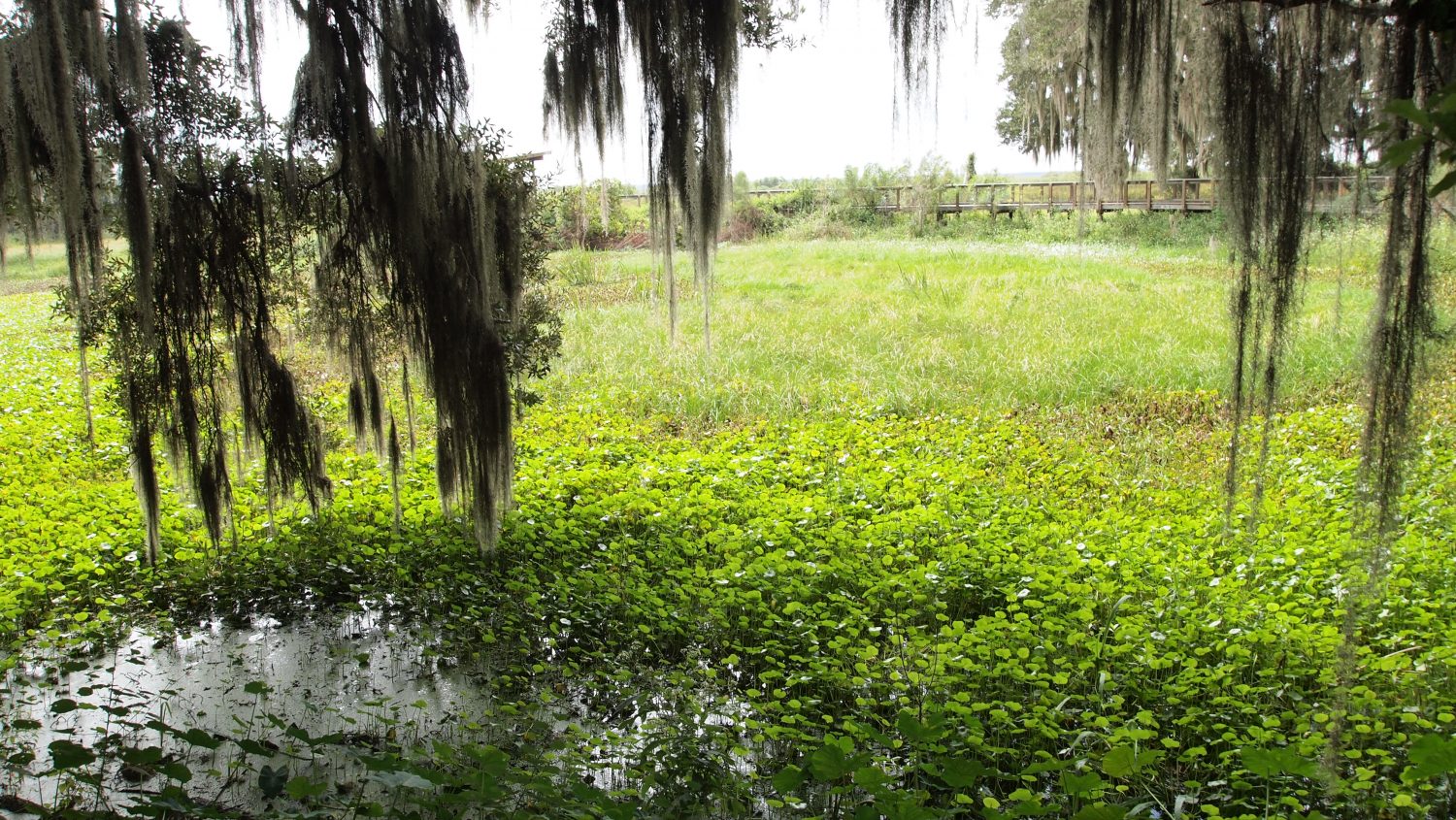 Only a few areas of the Alachua Sink have open-water surfaces. Rangers believe the cooler, dryer weather typical of Florida winters will kill off some of the vegetation growing on the surface. 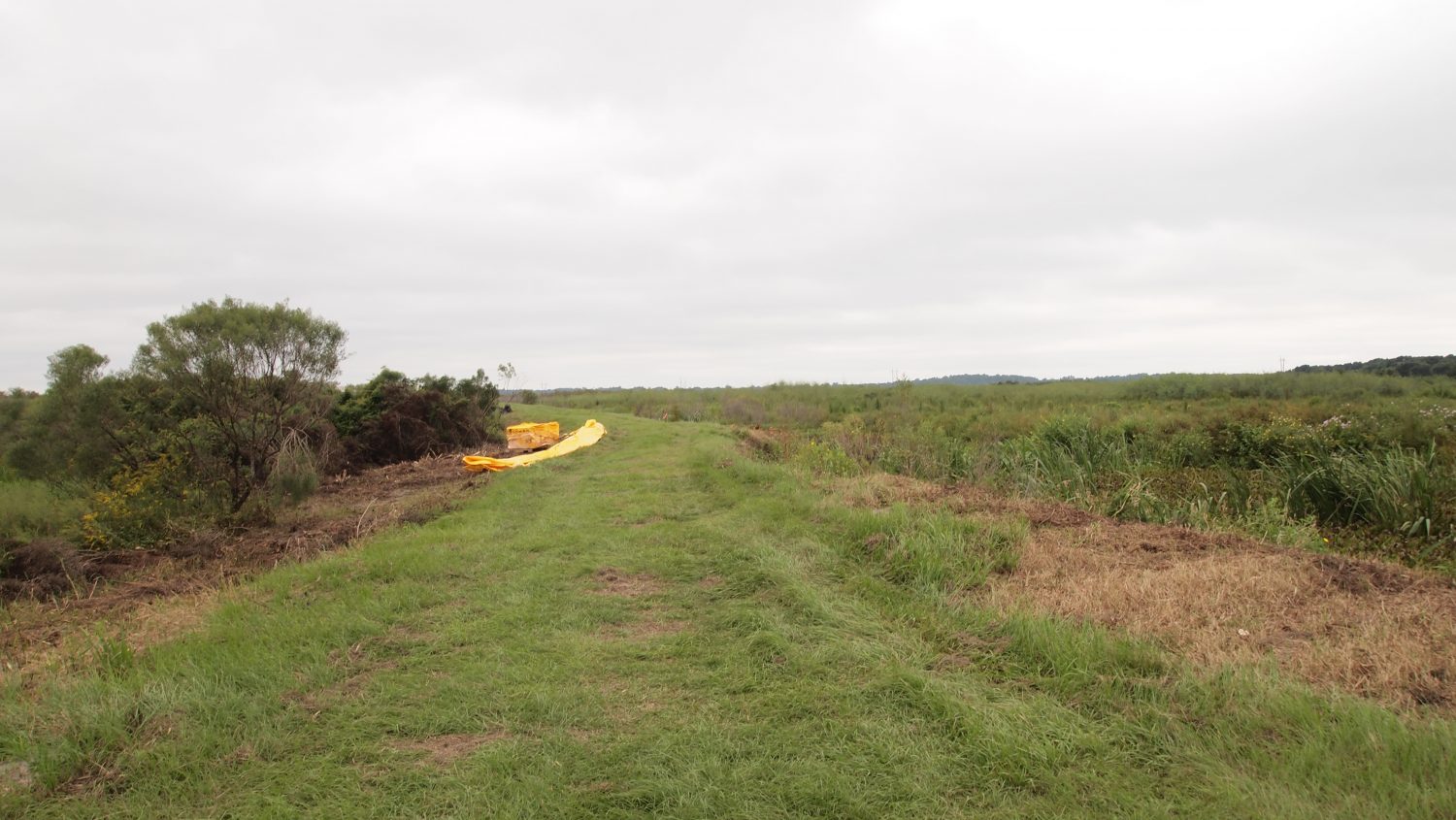 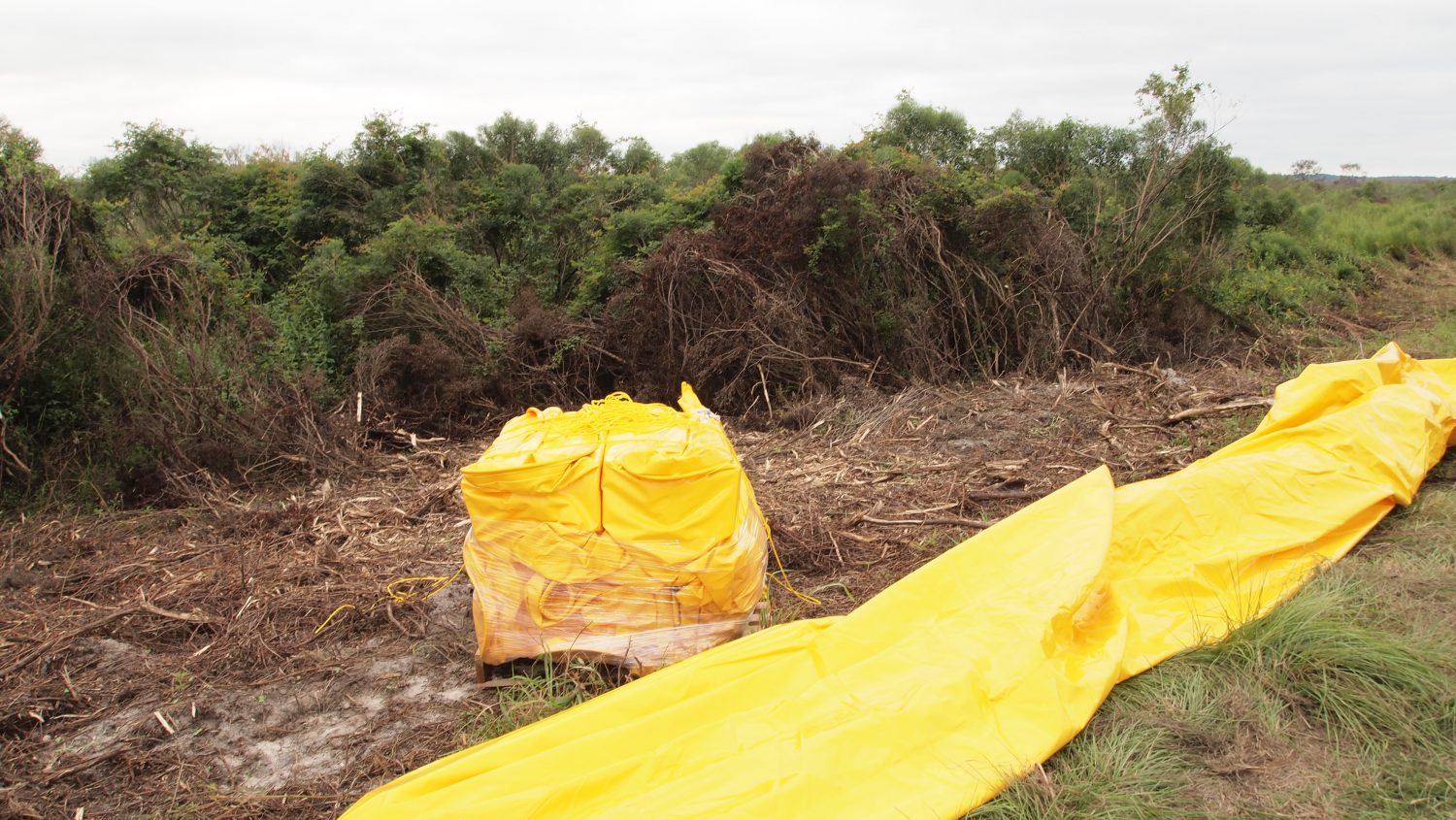 Crews have started clearing out areas near the La Chua Trail in preparation for construction. 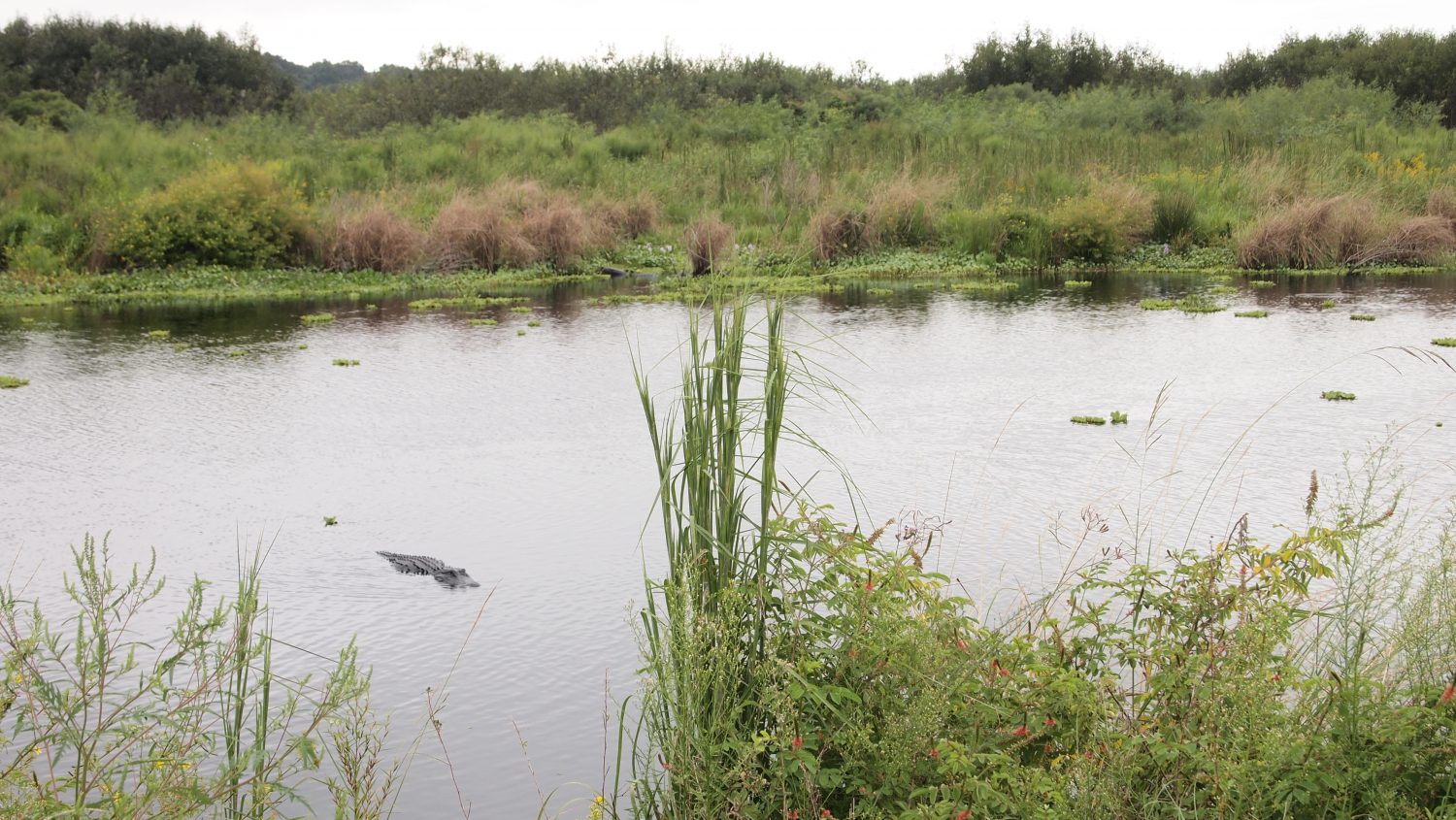 Most of the local alligators near the La Chua trail have been pushed to the open water areas of the canals near Alachua Sink. 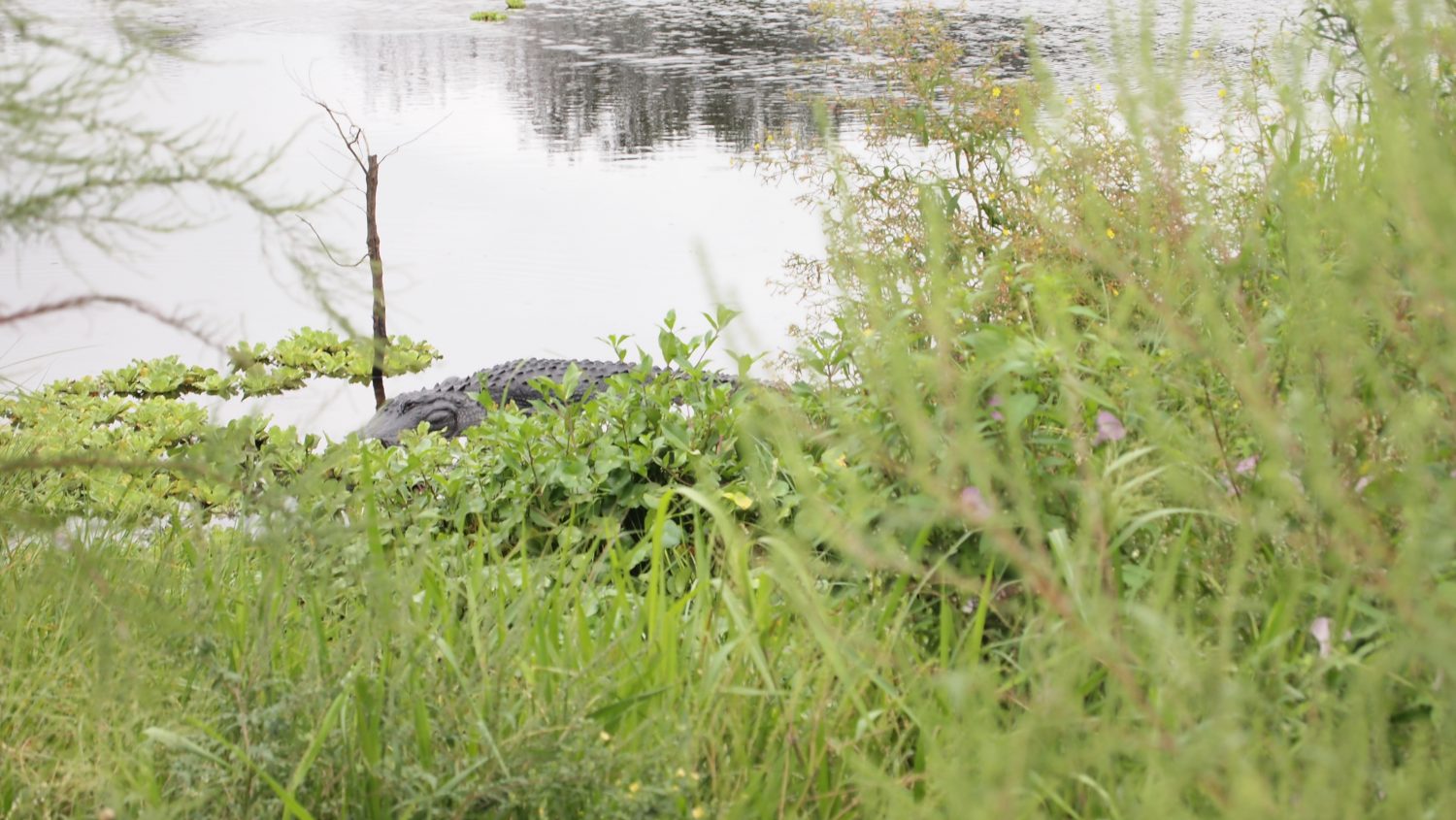 A local predator claims its territory near La Chua Trail.

Michelle is a reporter who can be contacted by calling 352-392-6397 or emailing news@wuft.org.
Previous Gainesville Taxi Industry Voices Concern Over Uber
Next Pictures: Florida Gators vs. LSU Tigers