Sixteen local start-up companies competed Monday afternoon for one of four top spots to win over $7,000 in cash prizes for their company.

Investors and entrepreneurs attended the 4th Annual ShootOut presented by Gainesville Area Innovation Network (GAIN) at the Harn Museum at the University of Florida. Participants dressed in business casual attire or cowboy boots and blue jeans to adhere to the ShootOut theme.

“They’re shooting it out,” Executive Director Lee May said, explaining GAIN’s concept. “Where companies are vying to be the top gun.”

The competing companies were split at specific times into four rooms:  Saddle Up, Make A Mash, On The Shoot, and Head ‘Em Up.  Each company presented their idea to a board of judges, according to GAIN Ambassador Jerry Declasse.

The winners then presented their pitch during the final round to all the attendees. The top four companies were awarded cash prizes.

“[GAIN is] a very valuable organization in the sense that it’s good networking for investors and companies,” Declasse said. 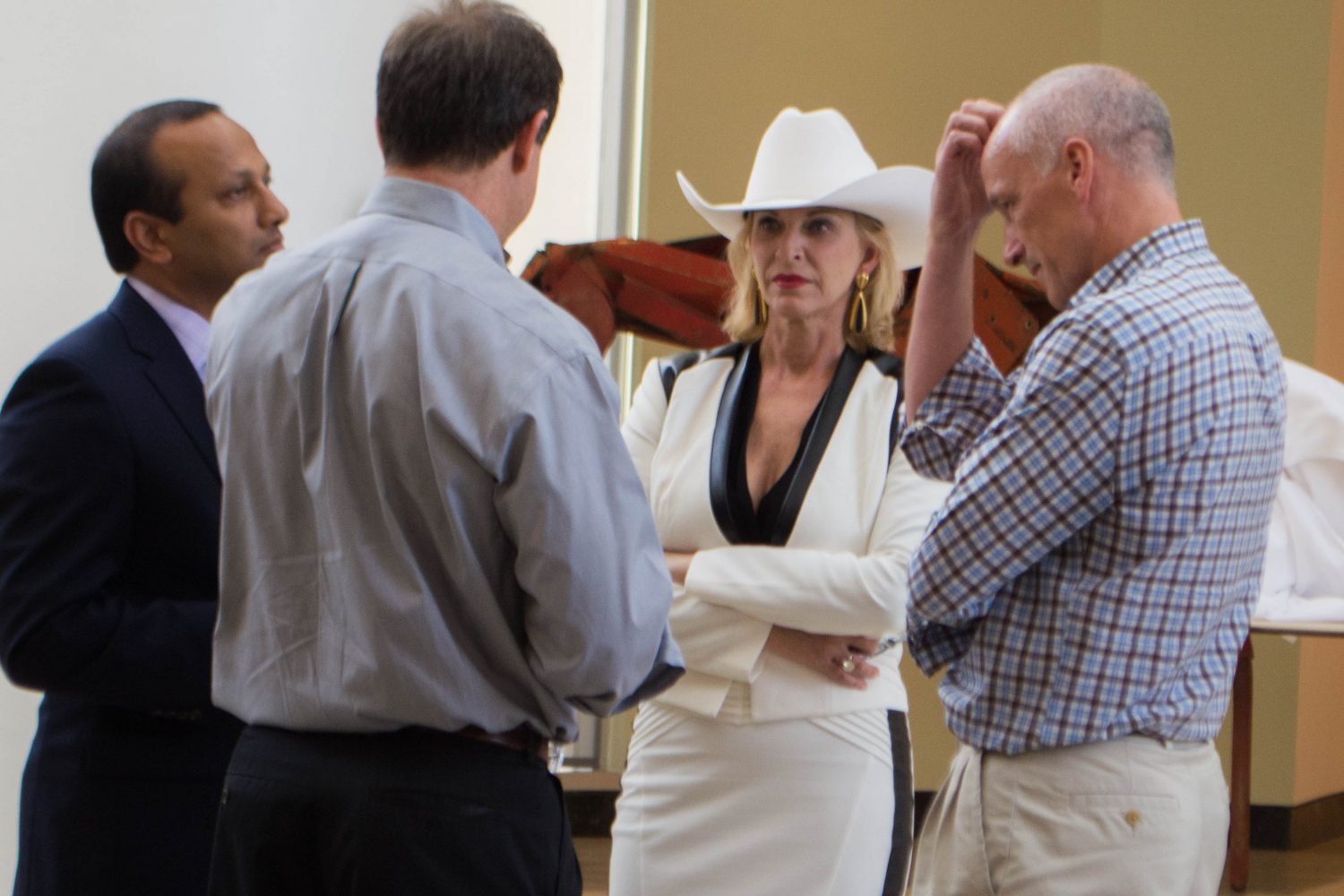 Lee May, executive director of GAIN, listens to attendees of the networking event. 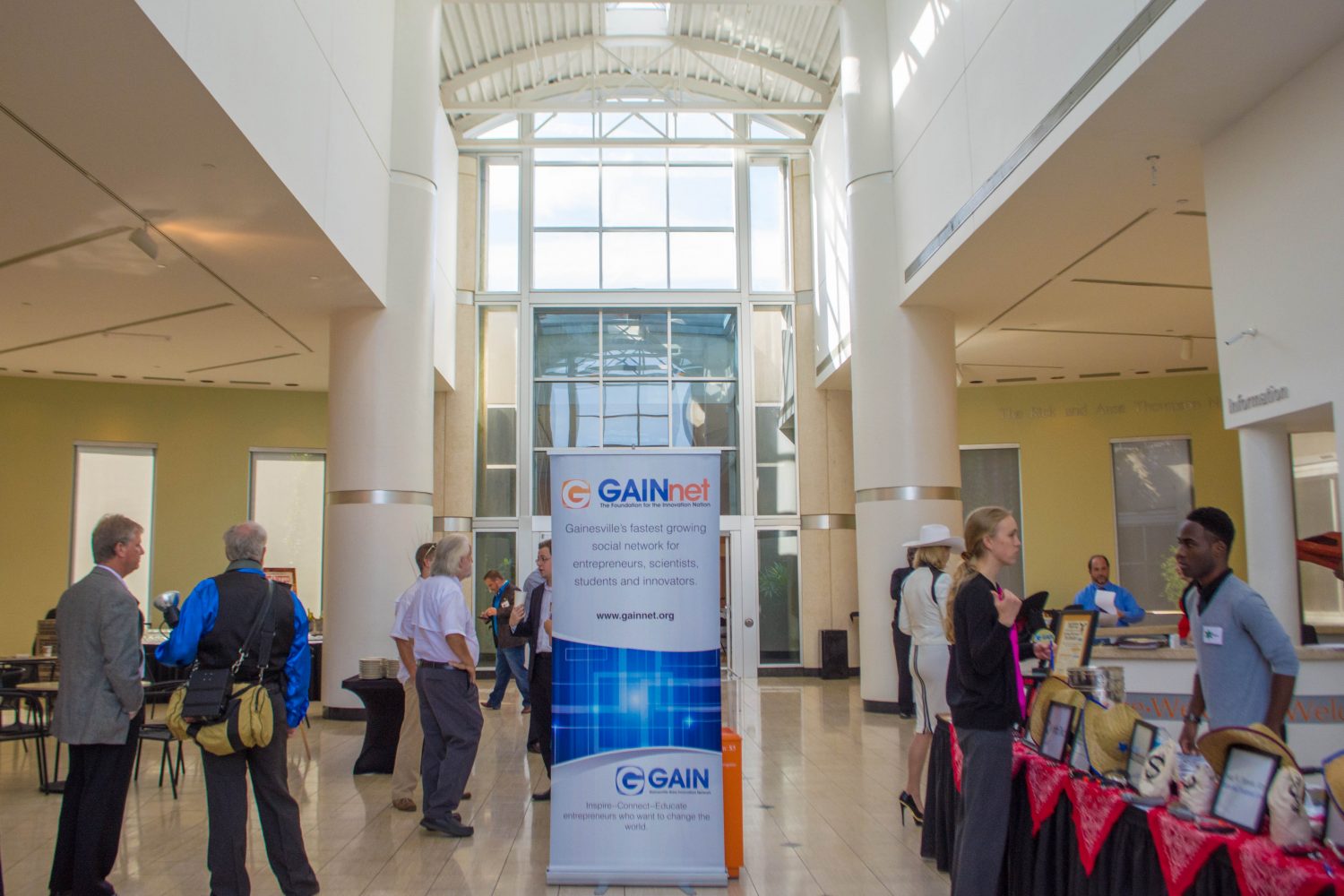 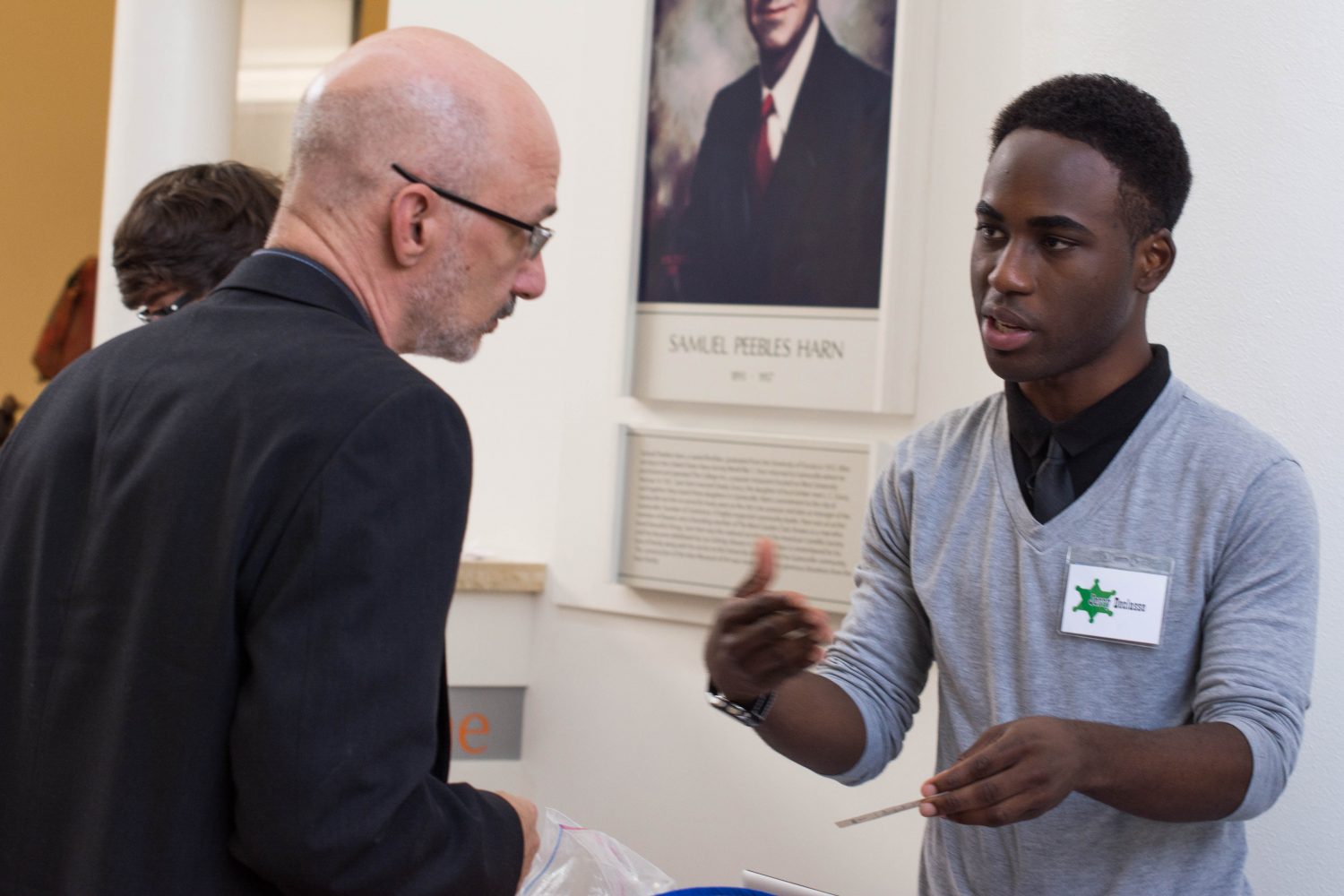 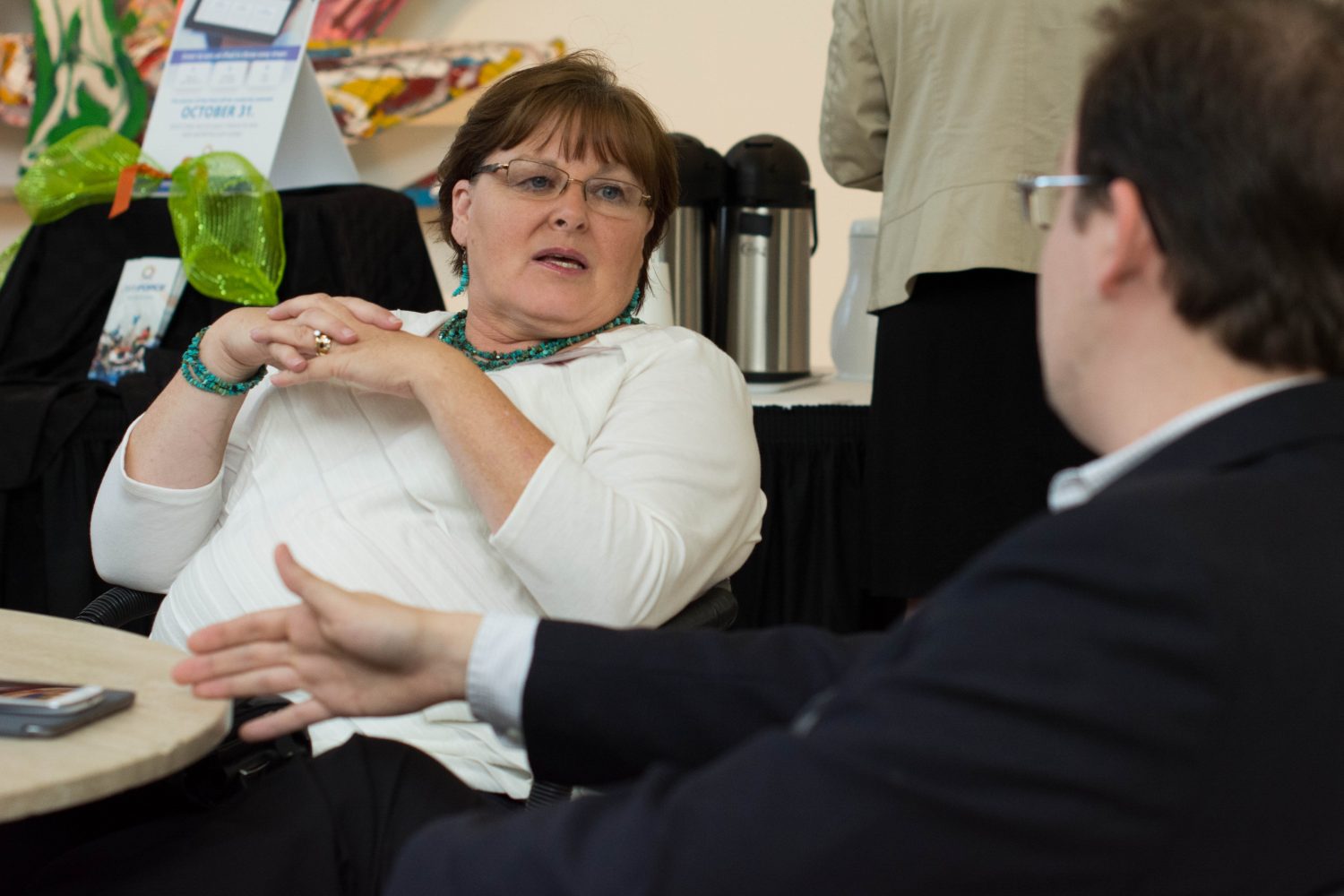 Mary Ohlfs, president of LifeNet Systems Inc., speaks to head of development of OwnForce about start-up companies in Gainesville.

Cresonia is a reporter for WUFT News and can be contacted by calling 352-392-6397 or emailing news@wuft.org.
@@CresoniaHsieh
Previous Oct. 7, 2014: Afternoon News In 90
Next New Southwest Health Clinic Begins Construction