By Shayna Tanen and Connor Hachey 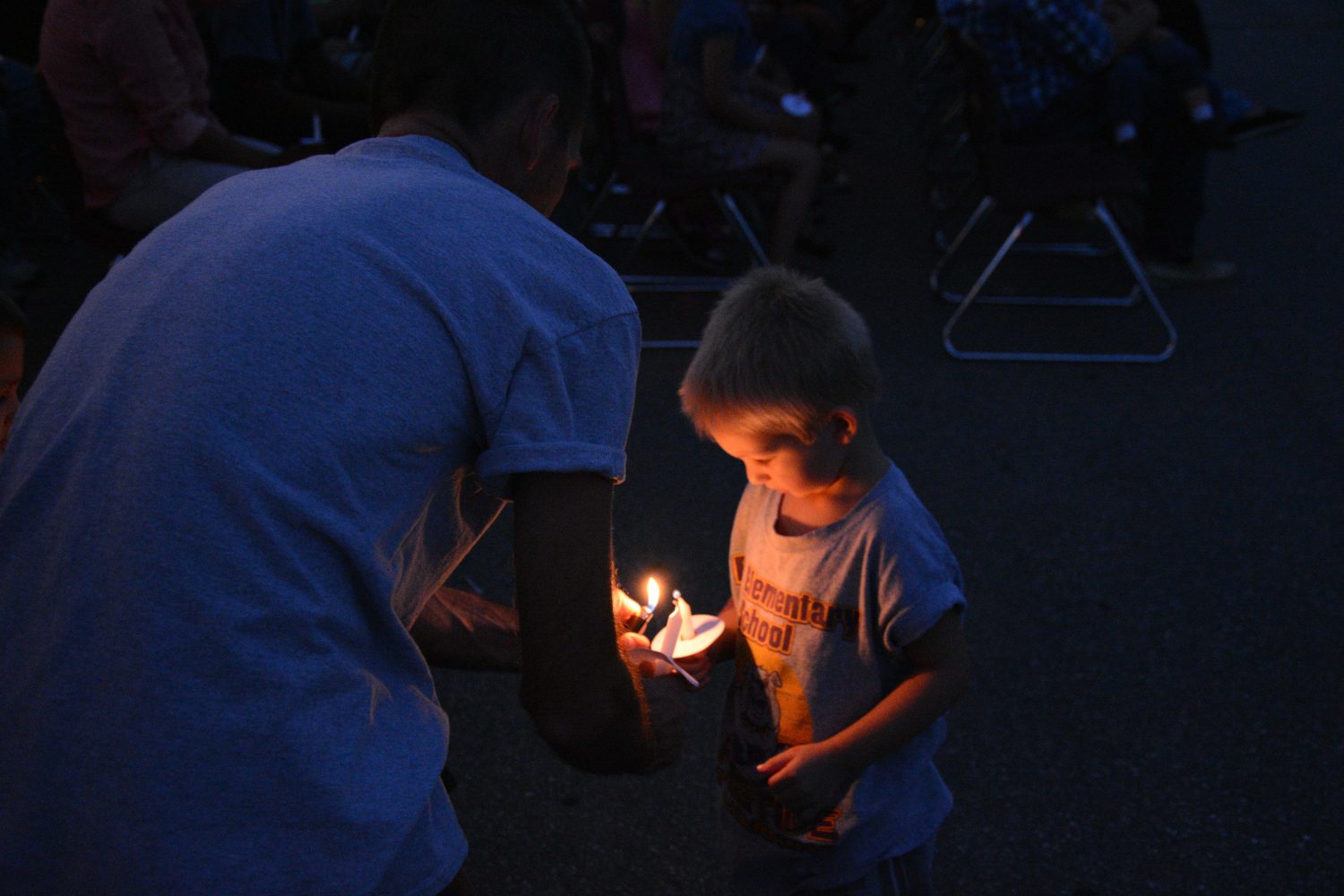 Bruce Roberts, 42, helps Kaleb Roberts, 3, light a candle to honor the memories of the slain family. To remember Sarah Spirit and her six children who were killed by her father, Don Spirit, before he killed himself, the town of Bell will plant seven oak trees at Bell Elementary School. A memorial was held at the school Sunday night in honor of the slain family. Bell, Fla., residents light candles in support of the slain family. Friends, family and members of the community stand in silence while paying respects. 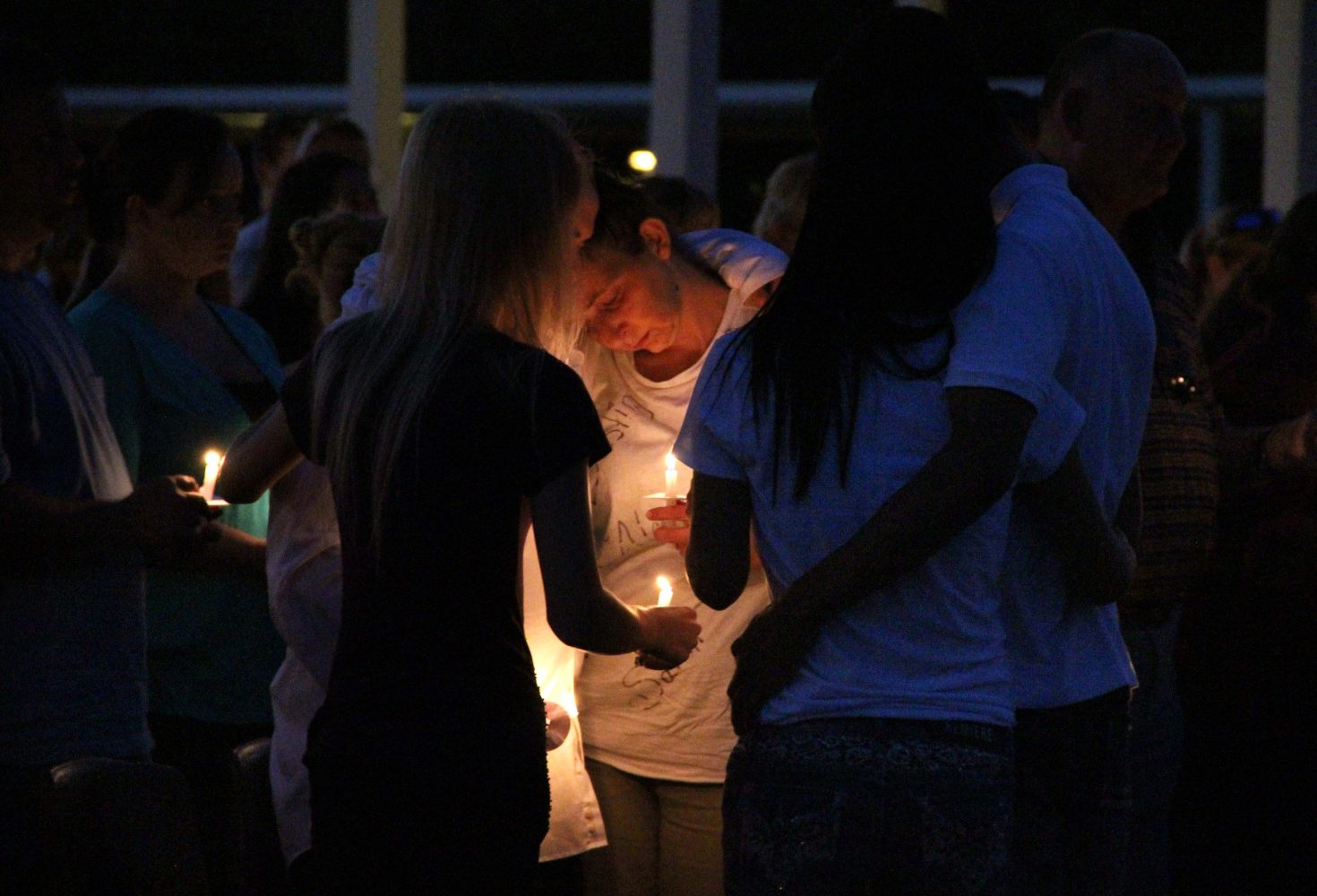 Mourners in Bell, Fla., hold candles during a vigil after the murder-suicide of Don Spirit, his daughter and six grandchildren. 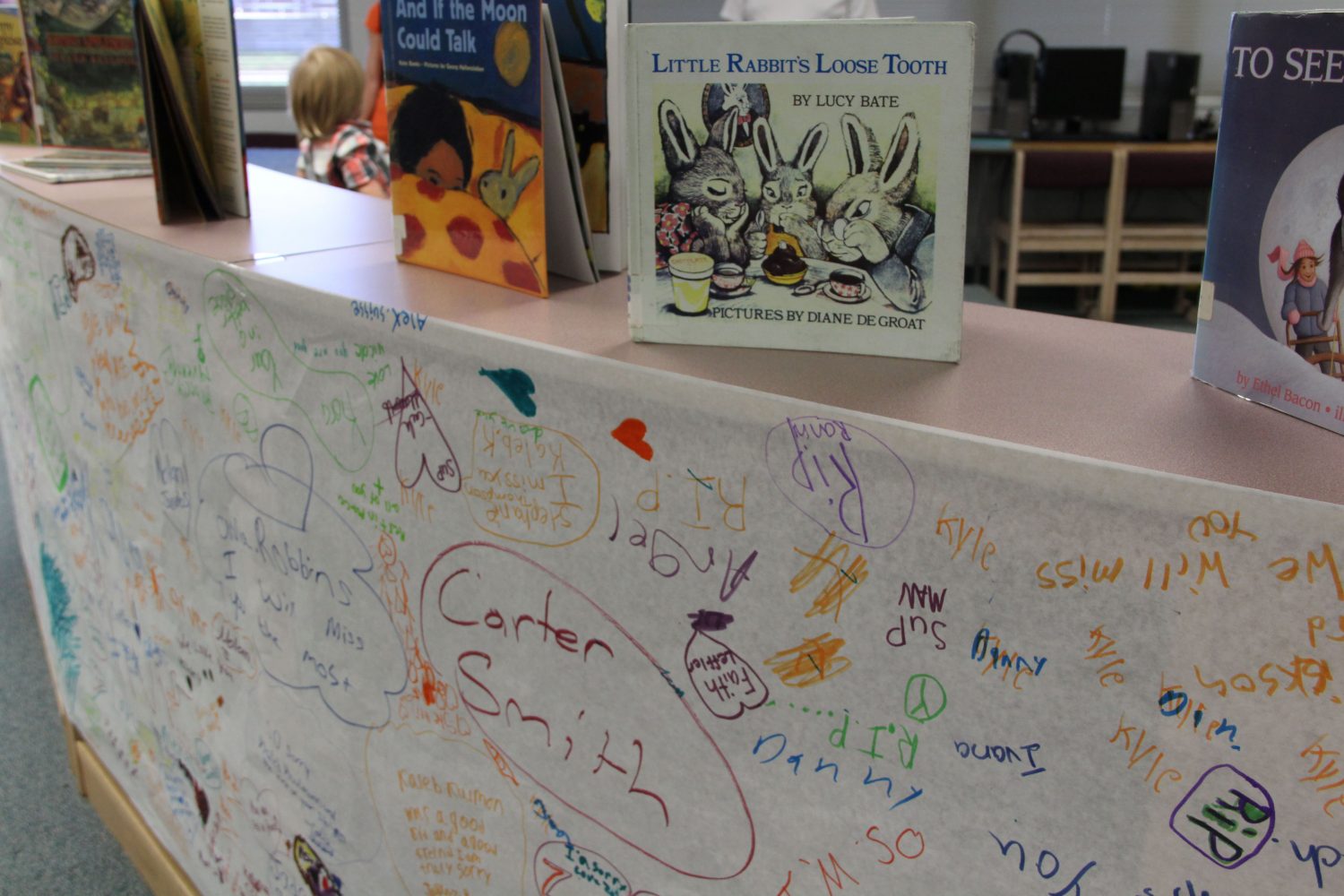 Banners signed by Bell Elementary School students line the school’s media center, where family and friends gathered to grieve for the family. Elementary-age children attend the vigil held for their classmates Sunday night. Sarah Spirit and her six children were victims of a mass shooting last Thursday, Sept. 18. 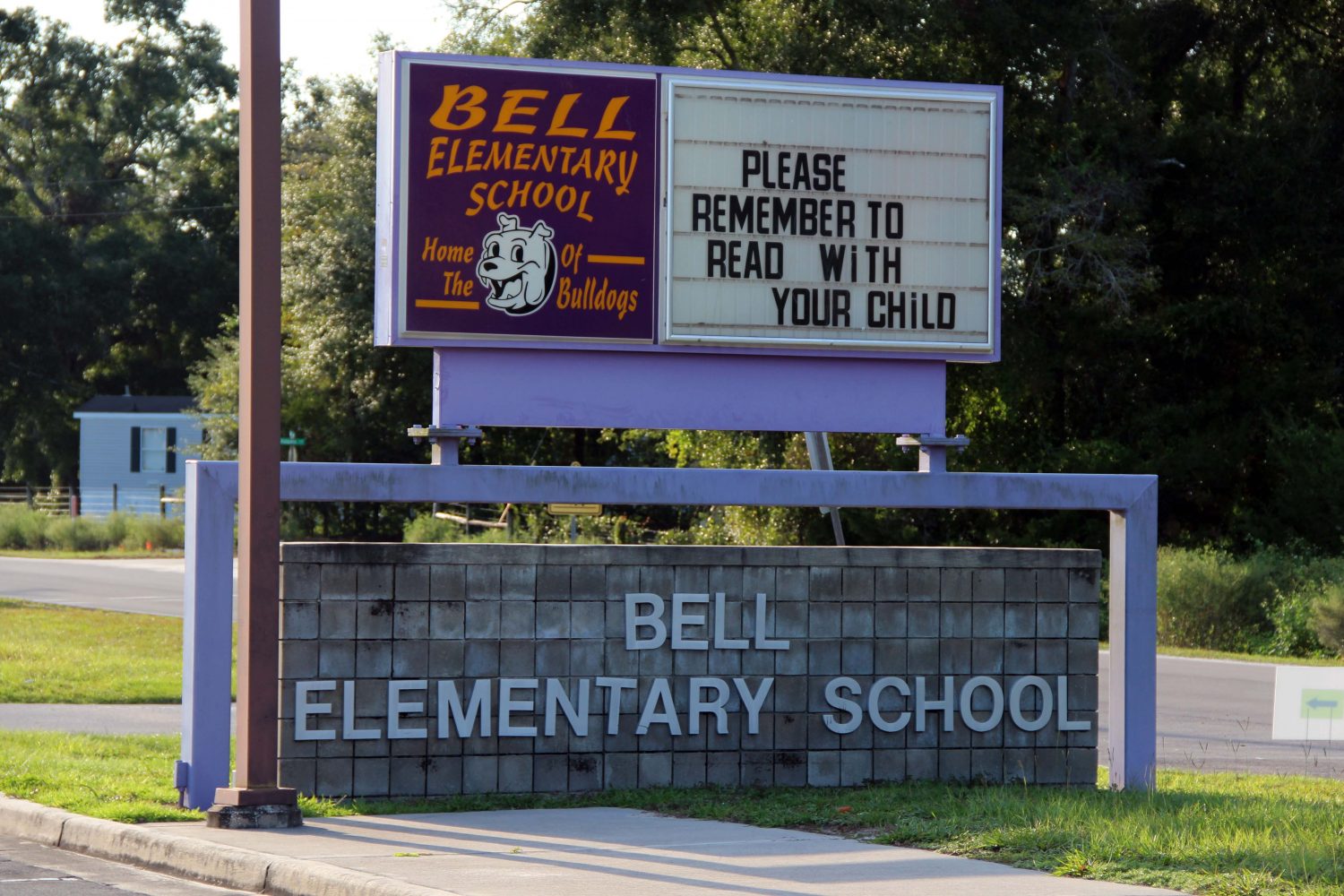 Four of the six children killed by their grandfather, Don Spirit, attended Bell Elementary School. The grandchildren ranged in age from 2 months to 11 years old. Gilchrist County Superintendent Robert Rankin officiates the vigil at Bell Elementary School in remembrance of the seven victims of the mass killing that occurred Thursday, Sept. 18. Linda Kay Davis, left, and her mother, Wanda June Davis, talk about the children they grew to know. “She was a blessed kid,” said Davis, who saw Sarah Spirit often while working at a discount store in Bell. Community leaders in Gilchrist county honor the victims with a performance of the song “Jesus Loves the Little Children” along with the vigil’s attendees. Fireworks light the sky as mourners start to blow out their candles at the vigil.

Shayna is a reporter for WUFT News who may be contacted by calling 352-392-6397 or emailing news @wuft.org
Previous Sept. 22, 2014: Morning News in 90
Next Bell Residents Hold Vigil In Honor Of Slain Family

Micanopy’s administration placed the town under a precautionary boil water notice Feb. 11 due to an equipment malfunction during a scheduled water tank cleaning.