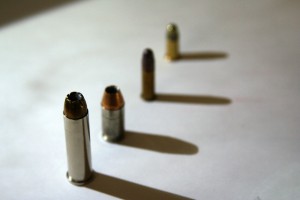 A bill allowing legal gun owners to conceal their weapons without a permit during mandatory evacuations passed the Florida House of Representatives today.

The bill passed with a vote of 80-36 Friday afternoon, according to the Florida House of Representatives website.

A similar bill in committee in the Florida Senate was placed on the calendar for a second reading around the same time.

The legislation, which would go into effect July 1, was sponsored by Rep. Heather Fitzenhagen, a Republican from Ft. Meyers.

Sean Caranna, executive director for Florida Carry, a pro-gun organization that lobbied for the bill’s passage, said the bill “corrects a gaping problem in the current law.”

The hours following a state of emergency declaration are the most critical, Caranna said. Residents are told they must fend for themselves for the next 72 hours.

“If you have to evacuate your home, under current law, you have to leave your gun at your house for looters to steal,” he said. “And then you have looters with guns.”

The state of emergency may be declared by the governor or by local authorities, according to the bill.

The Florida Sheriffs Association disagreed with this portion of the bill, according to the Tampa Bay Times. An association spokesman told the newspaper he had concerns with sending officers into a state of emergency and potentially facing armed citizens.

“This was less about law-abiding gun owners carrying their weapons, and more about  taking some authority away from Sheriffs’ anti-gun bans during emergencies,” he said.

He cited a North Carolina case in 2012 that declared a gun ban during emergencies unconstitutional.

Alex is a reporter for WUFT News and can be contacted by calling 352-392-6397 or emailing news@wuft.org.
Previous Orange Lake Levels Rising for First Time in More Than a Decade
Next April 14, 2014: Morning News in 90