West of the St. Johns River sits is crater-like ravine formed some thousand years ago. Today, nestled in the downtown area of Palatka, it’s home to more than 100,000 azaleas that bloom from late January through April each year.

The gardens were commissioned in the 1930s as a joint effort between the Works Progress Administration, the City of Palatka and private individuals. The New Deal Era led to the creation of an additional eight parks statewide, according to the Florida Department of Environmental Protection.

Of the nine, Ravine Gardens State Park was the only formally designed landscape. A 1.8-mile road circles the ravine, with hiking trails throughout. About 250,000 ornamental plants – such as palms, bamboo, azaleas, and Japanese magnolias – were planted.

Azaleas, known as the royalty of the garden, were chosen to be the most prominent plant. Their vibrantly colored flowers bloom each spring, bringing an increased number of tourists. 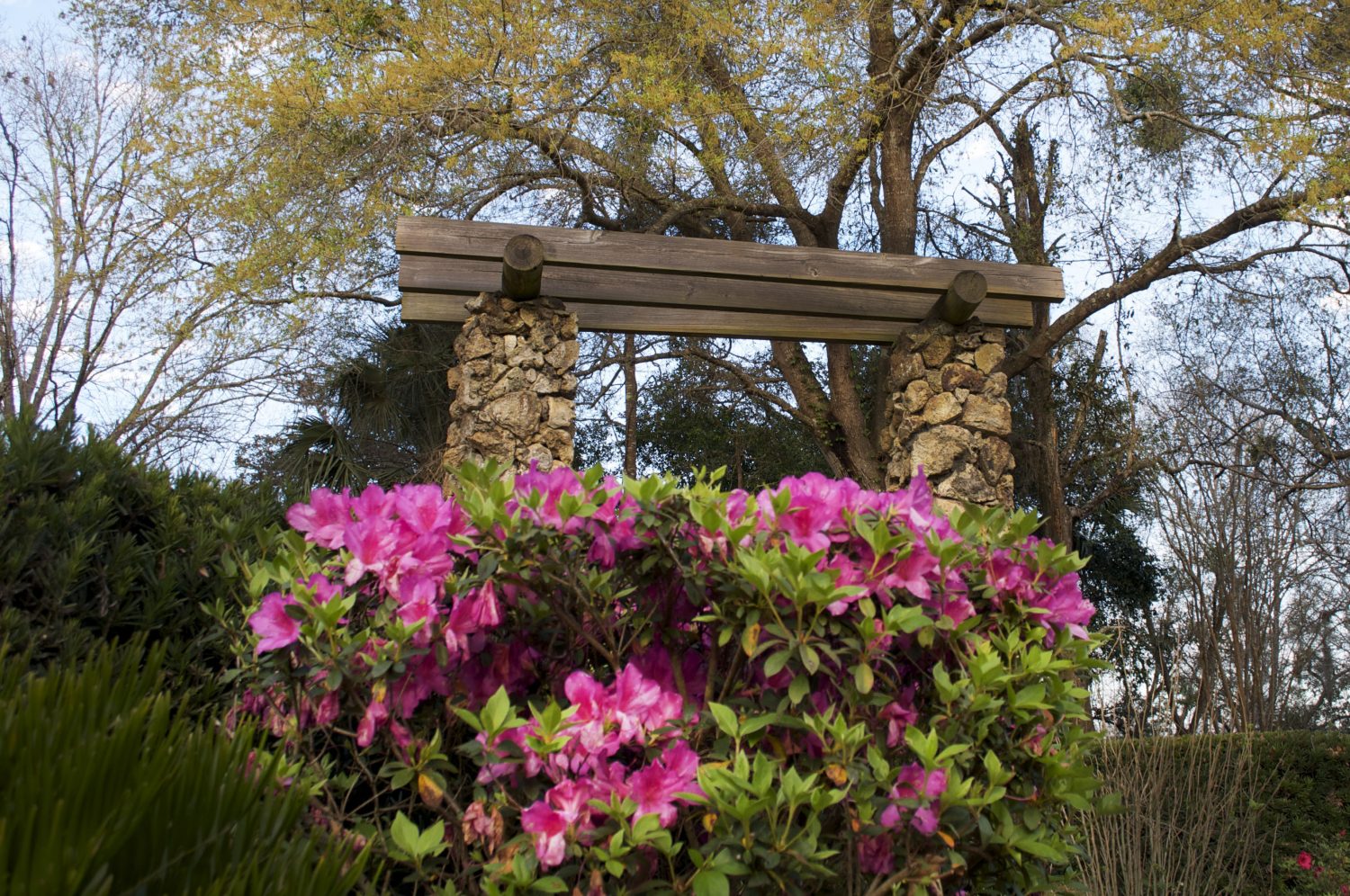 The Azalea Society of America congratulated Palatka, Fla., as an azalea city in Dec. 2006. Other certified cities reside in Texas, Mississippi, California, and Georgia. (Photo by Aubrey Stolzenberg) 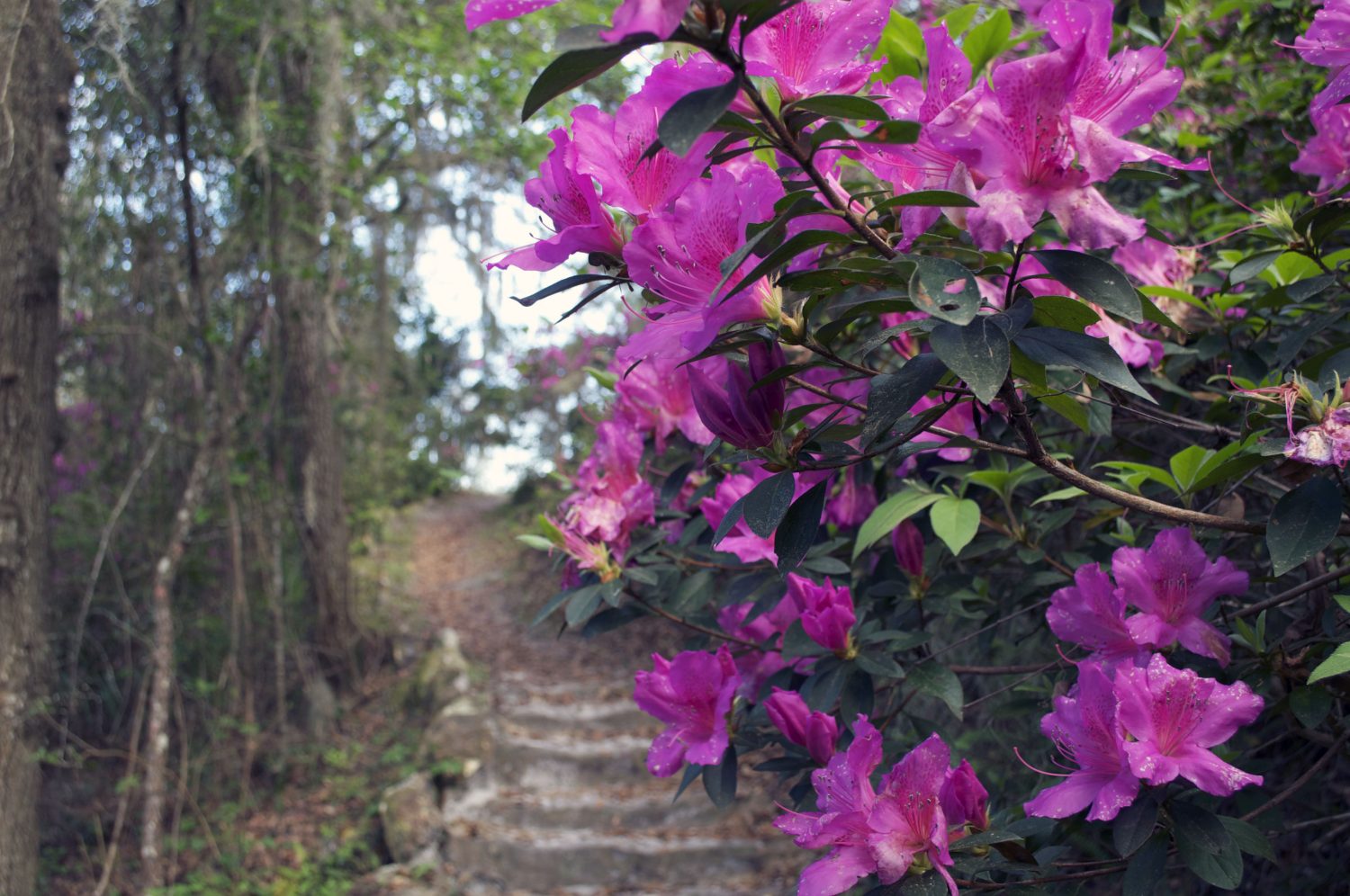 Slopes that lead down into the ravine were terraced during the 1930s, creating steps for visitors. Today, the Ravine Gardens State Park sees the largest number of tourists during the azalea’s flowering season – late January through April. (Photo by Aubrey Stolzenberg) Air potatoes, which are native to tropical Asia, are Florida’s most invasive species, according to the University of Florida Center for Aquatic and Invasive Plants. In order to keep the species under control, the Ravine Gardens State Park encourages visitors to pick up and collect the seeds of the plant. (Photo by Aubrey Stolzenberg) 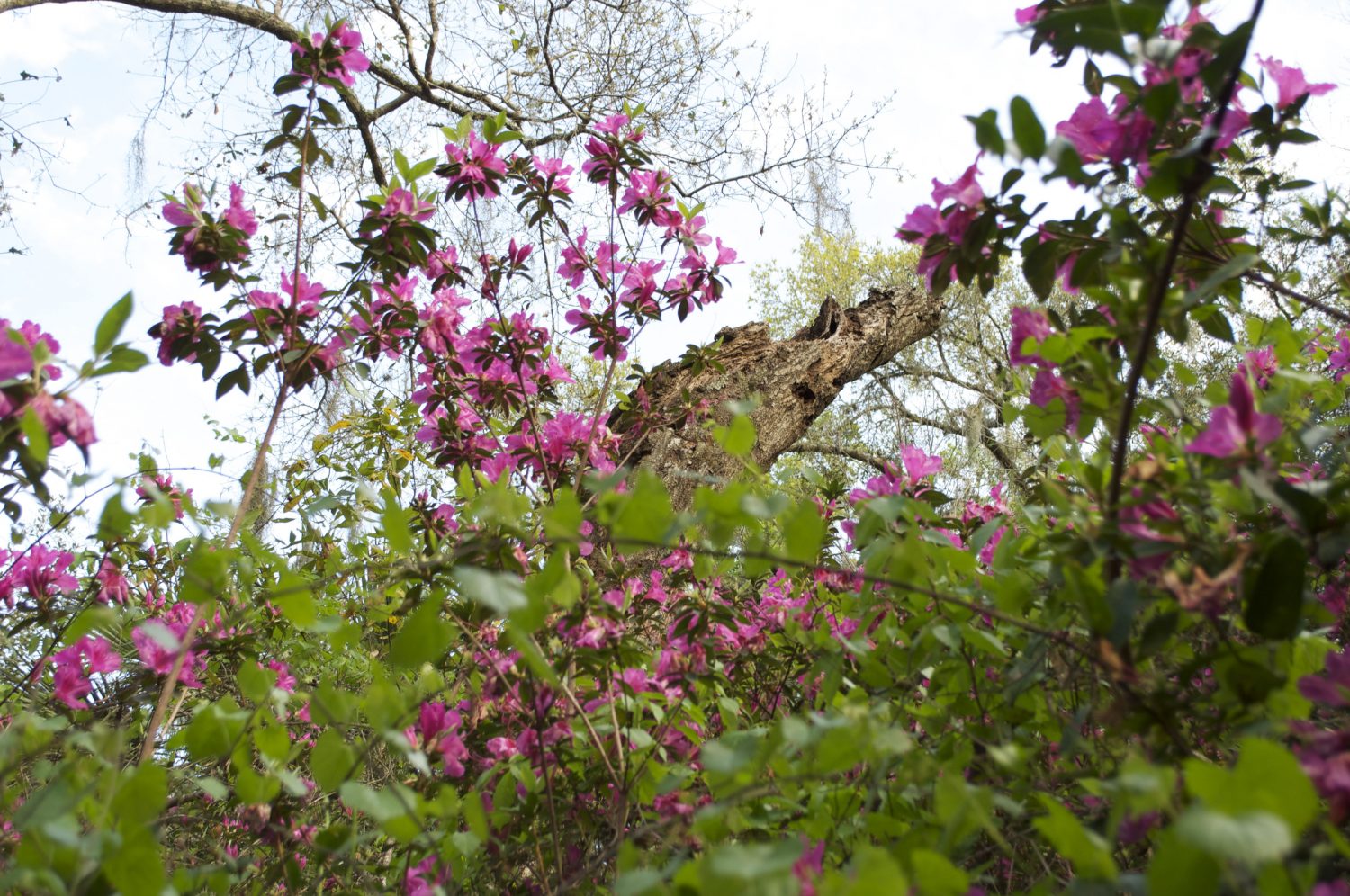 The Ravine Gardens State Park was developed during the 1930s as a joint effort between the Works Progress Administraton, the City of Palatka, and private individuals. Roughly 250,000 ornamental plants — such as azaleas, palms, bamboo, camellias, Japenese magnolias, camphor trees, etc. — were planted. (Photo by Aubrey Stolzenberg) According to the Azalea Society of America, there are over 10,000 different types of registered azalea plants. They range in size, color and bloom times. (Photo by Aubrey Stolzenberg) 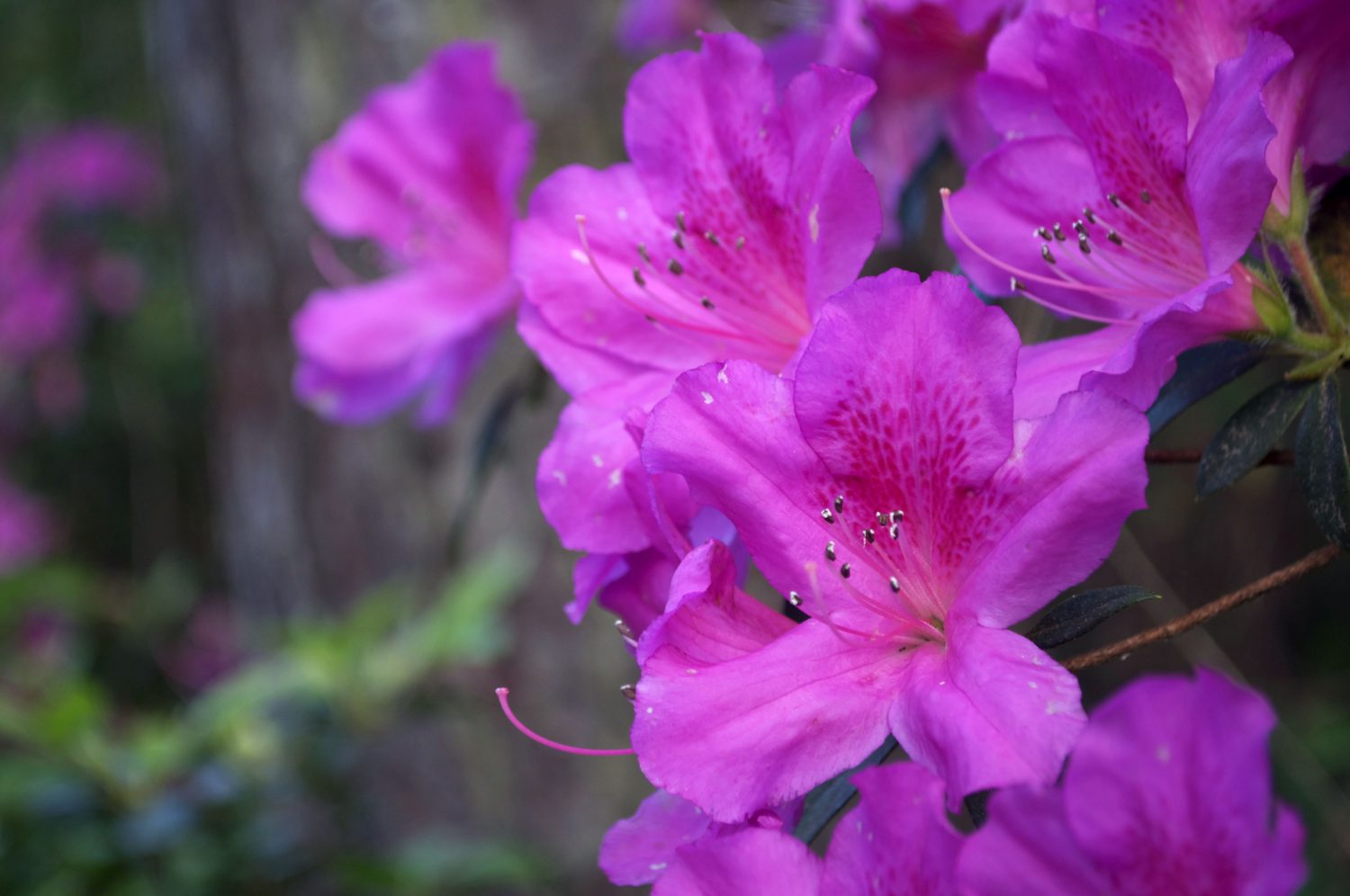 The New Deal-era created nine state parks in Florida. Ravine Gardens was the only park with a formally designed landscape, much of which can still be seen today. (Photo by Aubrey Stolzenberg) Azalea buds will continue to bloom through April. (Photo by Aubrey Stolzenberg) Aubrey is a reporter for WUFT News and can be contacted by calling 352-392-6397 or emailing news@wuft.org.
Previous Mar. 31, 2014: Afternoon News In 90
Next Yard Dispute Leads To Fatal Shooting In Northwest Gainesville