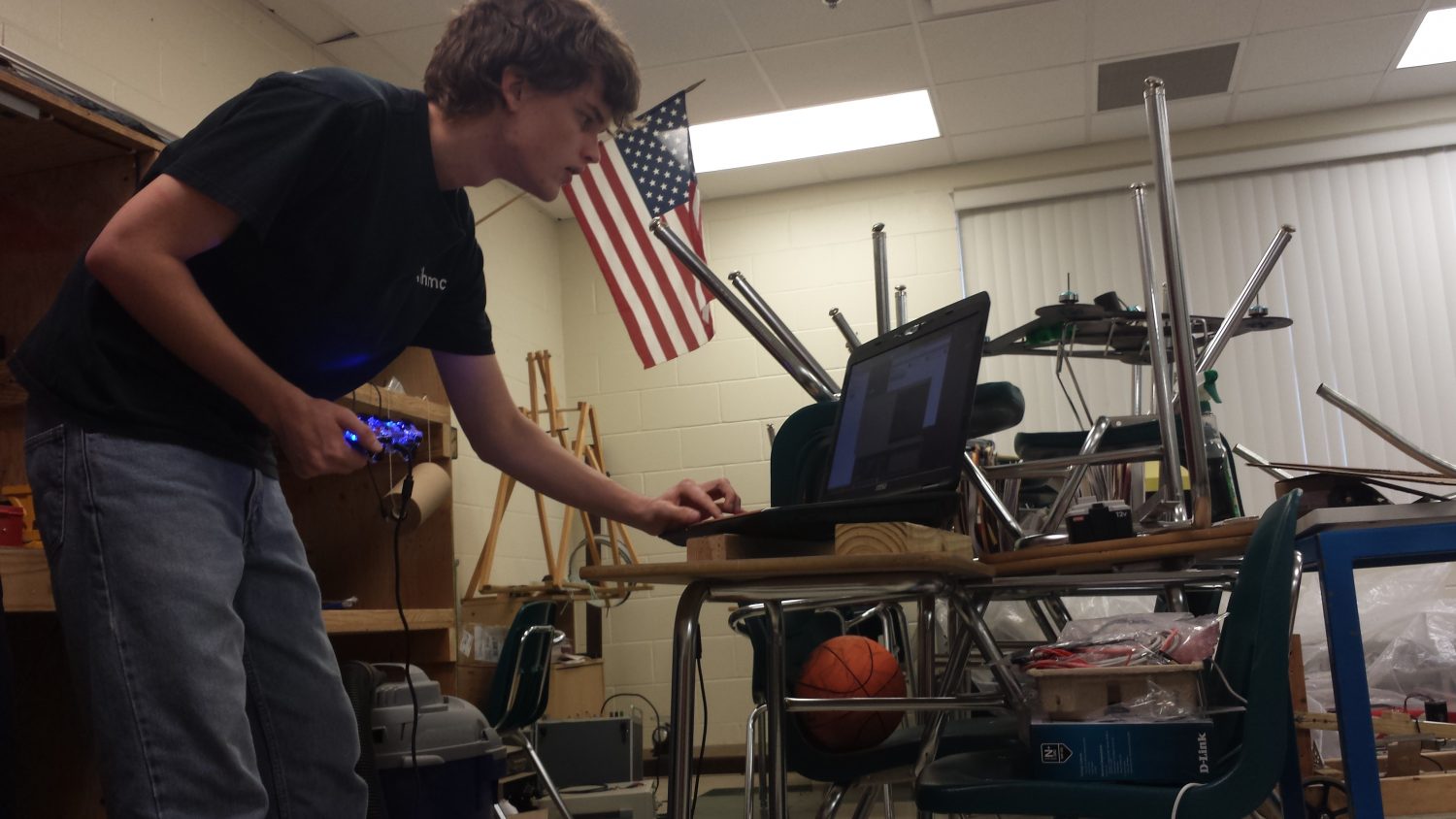 Lead programmer Brad Zylstra preps the code that runs the Imagine 5 robot for a test drive. He and the rest of his team have less than a week to finish the final touches on the robot before competing in the “For Inspiration and Recognition of Science and Technology” regional competition in March.

Katie Rogers spends more time at school designing robot parts for an upcoming regional competition than she does at home.

For this Forest High School student, the time spent in the classroom is worth it.

Rogers is the computer designer on a team of students building Imagine 5, a 120-pound robot the group is taking to this year’s For Inspiration and Recognition of Science and Technology robotics regional competition March 13 through 15 at the University of Central Florida.

About 70 students in the Engineering and Manufacturing Institute of Technology magnet program at the Ocala high school designed the robot like a small car with the ability to drive side-to-side as well as catch and throw balls.

The group has less than a week to finish preparing its robot, which must be packed up and ready to go by Feb. 17 to qualify for the competition.

At the 2014 competition, known as Aerial Assist, robots of different teams will join one of two alliances each composed of three teams. The allied robots will work together to complete a series of tasks, including throwing a 24-inch diameter ball through goals, over bars and to other robots in order to score points. The highest scoring alliance wins, and each of its teams will move on to the world championship in St. Louis, Mo.

Forest High School’s team is aiming to win the world championship this year, said Peggy Brookins, the program director. Last year, the group won the Engineering Inspiration Award. In 2011, it was awarded the Chairman’s Award, which is considered the “most prestigious award,” according to award criteria. The team first participated in 2010.

During the six-week building season, students are often at school for 13 hours a day, including classes, Brookins said. She has seen students stay up past midnight during the final weeks of preparation.

It is not just the students’ tireless devotion that makes the project happen, Brookins said. Throughout the season, the team had to raise about $400 per student or about $28,000 overall.

The registration fee alone, which includes all the basic parts needed to build the robot, was $5,000.

Brookins said the team has always raised enough money to attend the competition. The money often comes from the team’s sponsors — Lockheed Martin, Duke Energy and the Public Education Foundation — as well as the students’ fundraising and parents’ contributions.

The program is worth the money not only because of the important math lessons it teaches but the life ones as well, she said.

“I think the most incredible thing is a sense of self and a sense of confidence that I’ve seen them develop,” she said. “I’ve seen kids come out of their shell.”

Brad Zylstra, lead programmer for Imagine 5, has gained enough experience writing code that he spent the beginning of the school year programming a data acquisition system for the University of Nebraska and Randolph University. He plans to attend Randolph in the fall.

The robotics program is helping more than just its students’ futures. It is also aiding the community on both a local and international level.

The magnet school has also adopted three schools in Cuba, supplying them with school supplies and baseball equipment, and helped aid a school in Uganda by sending food and clothing. 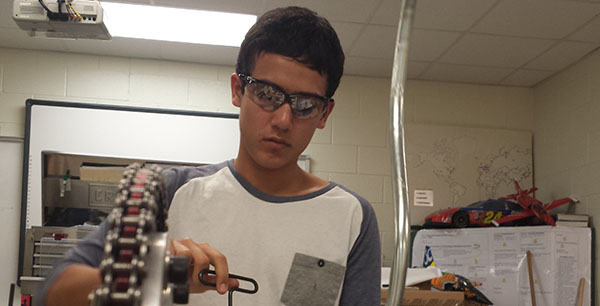 Michael Lakin, a student at the Engineering and Manufacturing Institute of Technology, works on the apparatus that attaches to the team’s robot. The part enables the robot, Imagine 5, to scoop up and throw a 24-inch diameter ball through goals and to other robots during the competition. 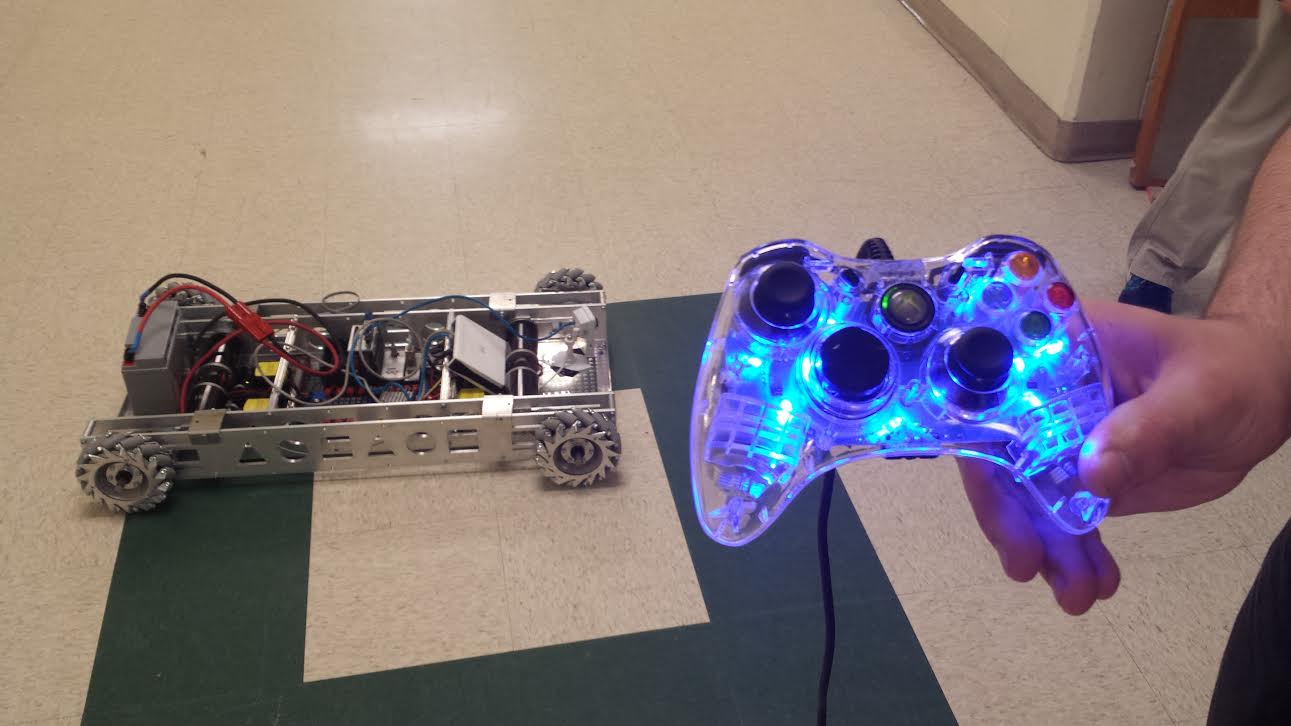 Evan Williams shows off the light-up Xbox controller that the Imagine 5 team uses to drive the robot. The controller had to be reprogrammed to set specific commands for the robot to follow. 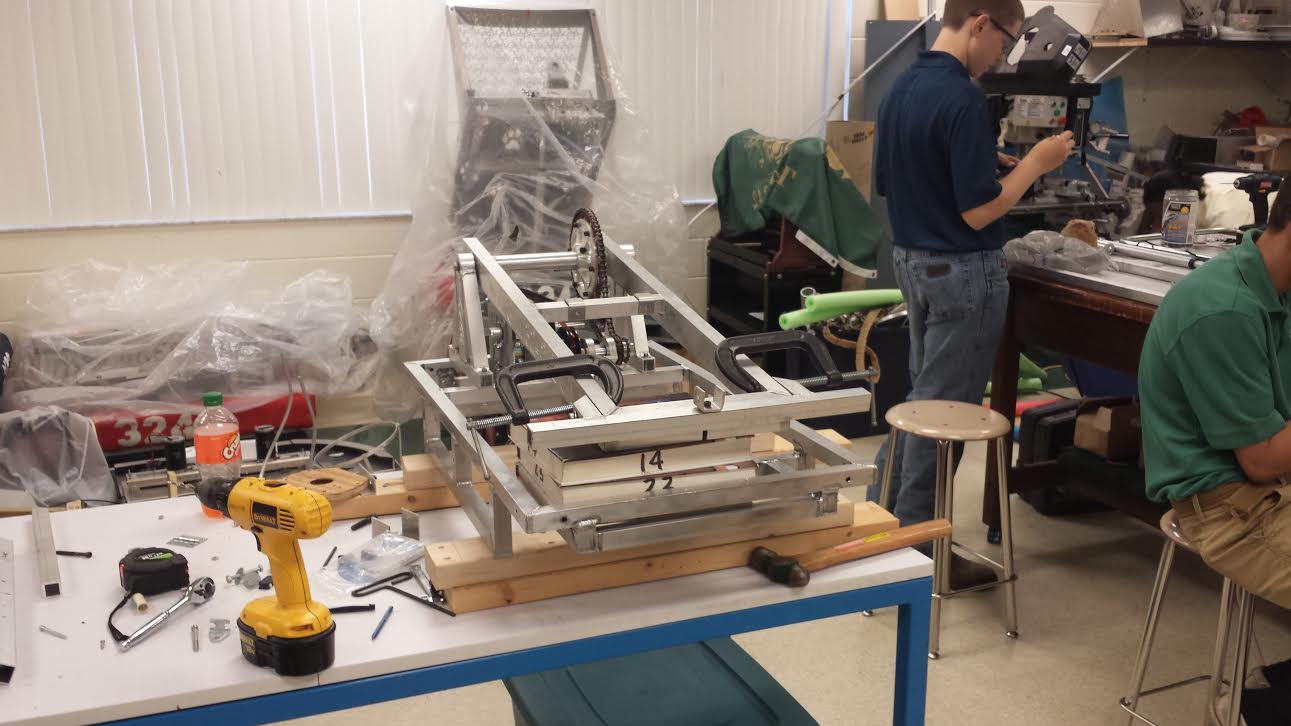 The Imagine 5 team works on finishing the robot, ensuring it can pick up and throw the 24-inch diameter ball during the upcoming competition. 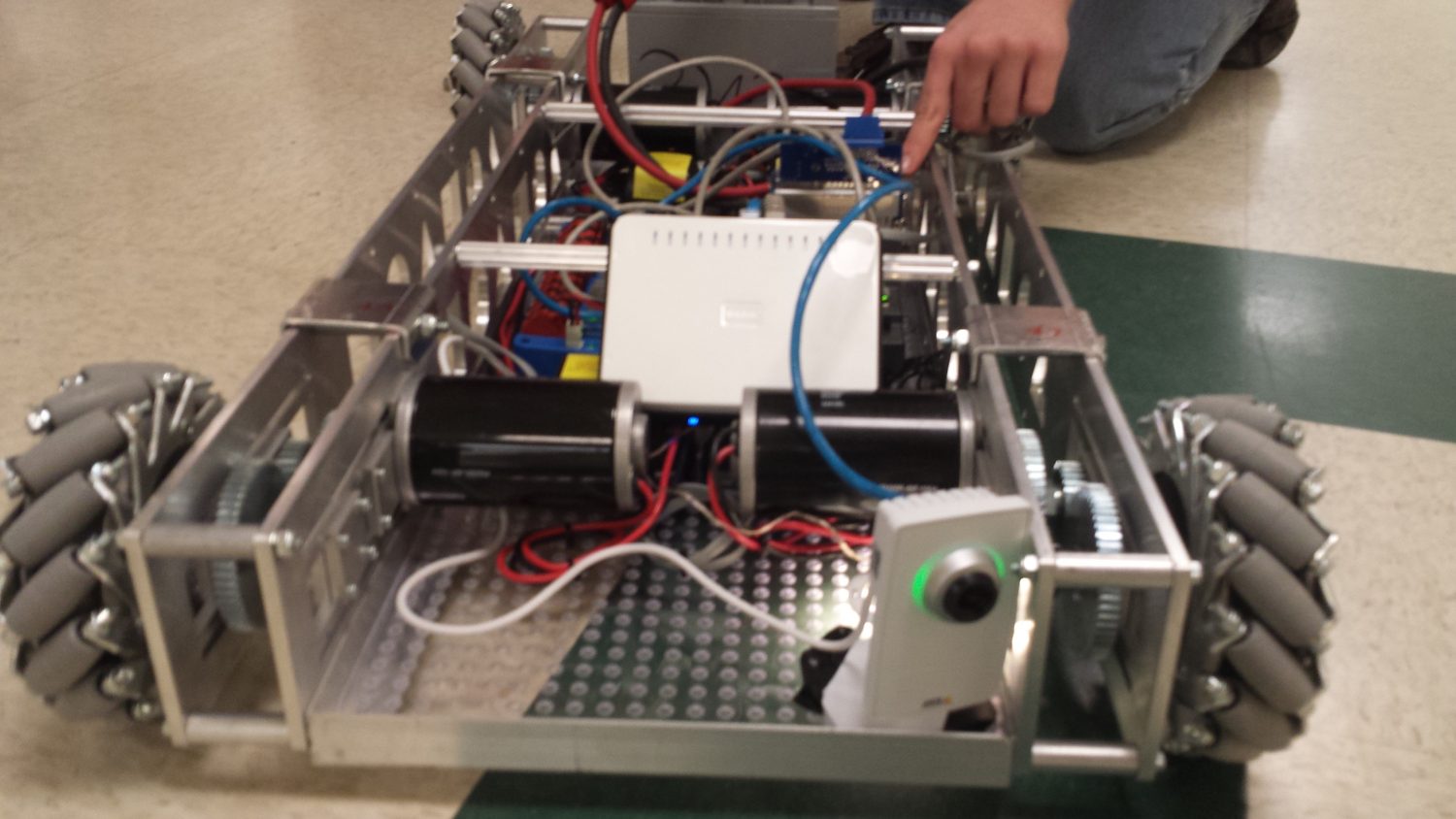 The Imagine 5 robot is within a week of being packed up and ready to go to competition in March.

Taylor is a reporter for WUFT News who may be contacted by calling 352-392-6397 or emailing news @wuft.org
Previous Florida House Bill Proposes More Authority for Nurse Practitioners
Next Senators Propose Bill To Protect Florida Springs

Santa Fe College extended a lucrative, five-year contract for its campus bookstore with Barnes & Noble without soliciting competitive bids, and it failed to verify that the company has been paying all commissions so far as required on bookstore sales, according to a new state audit.