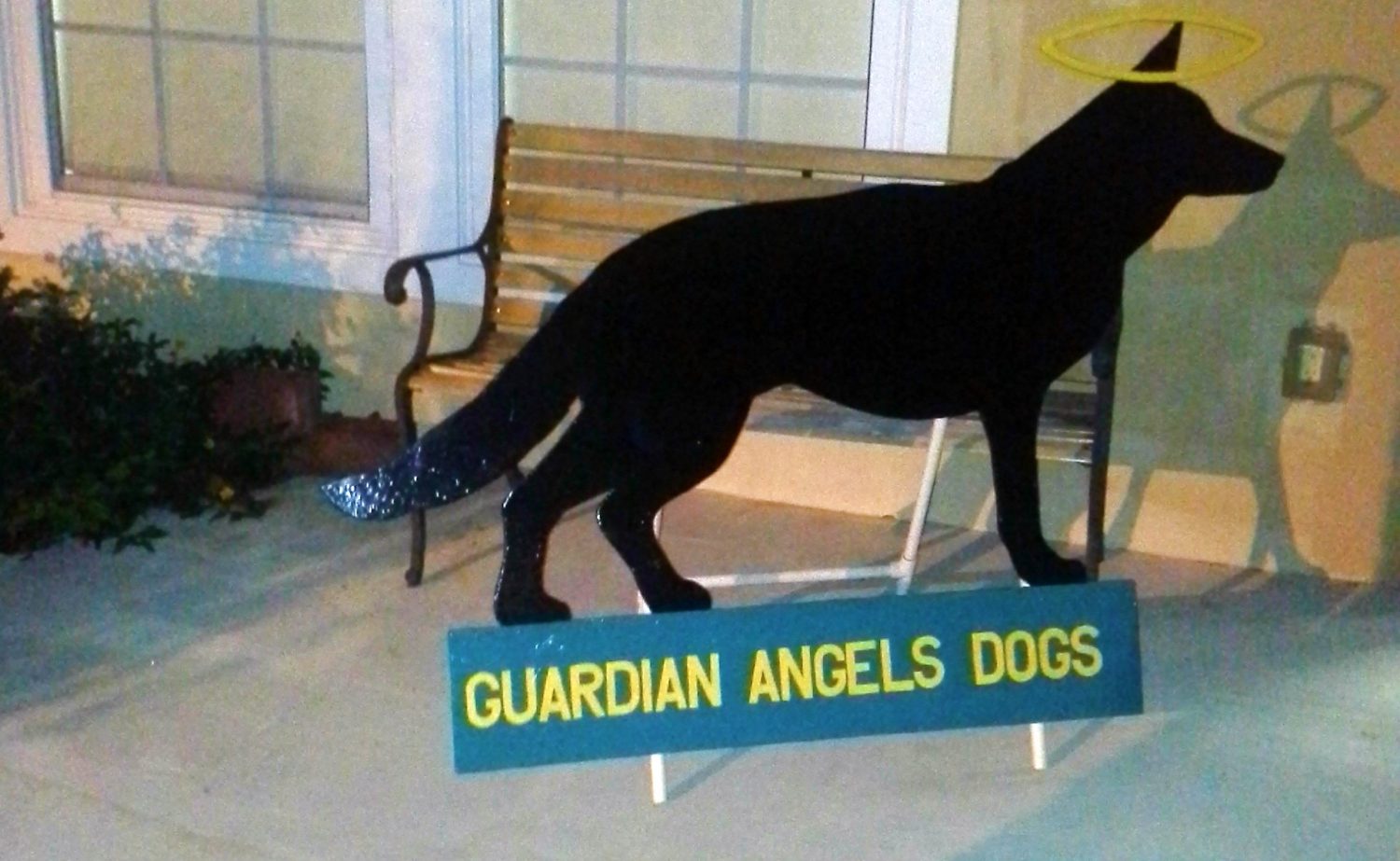 The Guardian Angels Medical Service Dogs organization held its third annual Passing of the Leash event on Saturday, where disabled owners are officially paired with a service dog to help them with their specific needs.

Brian Duelz, an ex-member of the U.S. military, has dealt with night terrors since he retired in 2006. Up until a couple of months ago, Duelz hadn’t gotten a good night’s sleep. Duelz was paired with Remy, the German Shepard service dog, through the service dog organization,which is based in Williston, Fla.

“My main thing is my nightmares and other things of that nature,” Duelz said. “If I’m starting to have a night terror, Remy will jump up on the bed and start licking me until I wake up or enough to where I get out of that and can go back to sleep.”

The organization trains dogs and pairs them with the mentally and physically disabled. In the short amount of time he’s had Remy, Duelz has noticed a huge change in his ability to sleep.

“(The service dogs) are just phenomenal,” he said. “I probably hadn’t had a good night of sleep since I retired in 2006, or even before then, but two months ago I actually slept for eight full hours.”

Carol Borden, executive director and founder of the Guardian Angels Medical Service Dogs, is happy to see all of the new owners and their dogs symbolically walk across the stage at the Passing of the Leash event. According to Borden, it’s difficult to get on the waiting list for a service dog, and the process itself involves a lot of paperwork and background checks.

“We have a very long waiting list, up to four years…” Borden said. “After we have the dog ready for them, the people will join the dogs for training and then they’ll start working together as a team.”

More than 10 owners were officially paired with their service dogs at the event on Saturday, and they all mentioned how much they’re looking forward to this new partnership in their speeches.

Borden said that seeing the owners walk across the stage with their service dogs during the Passing of the Leash event was very gratifying and emotional.

“Our main goal as an organization is to make sure that we try to help better the lives of the people who truly need it,” she said. “I’ve been doing this for three years now and every year all of the personal accounts of the new owners’ lives prior to pairing up with their dog really show me just how much of a difference we’re making.” 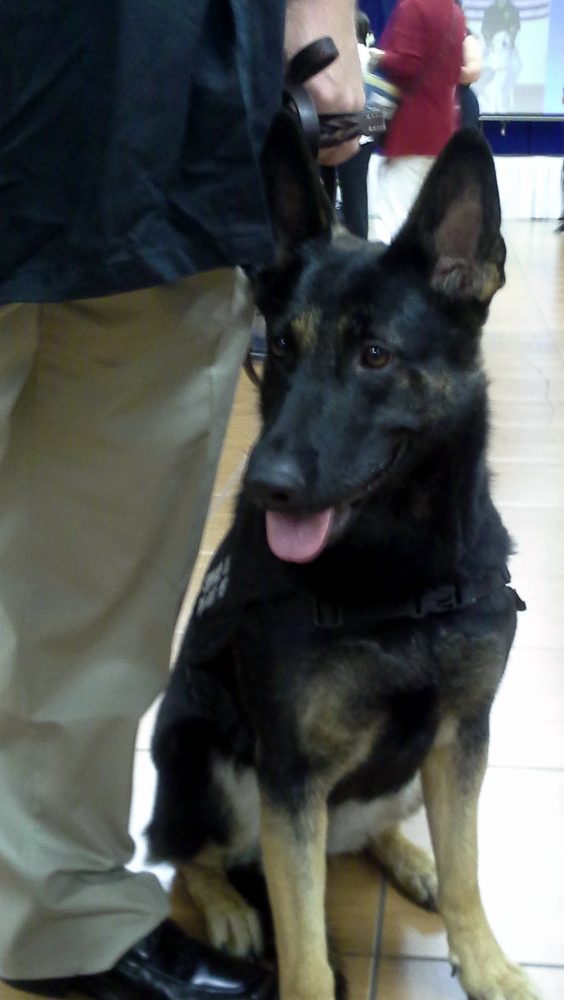 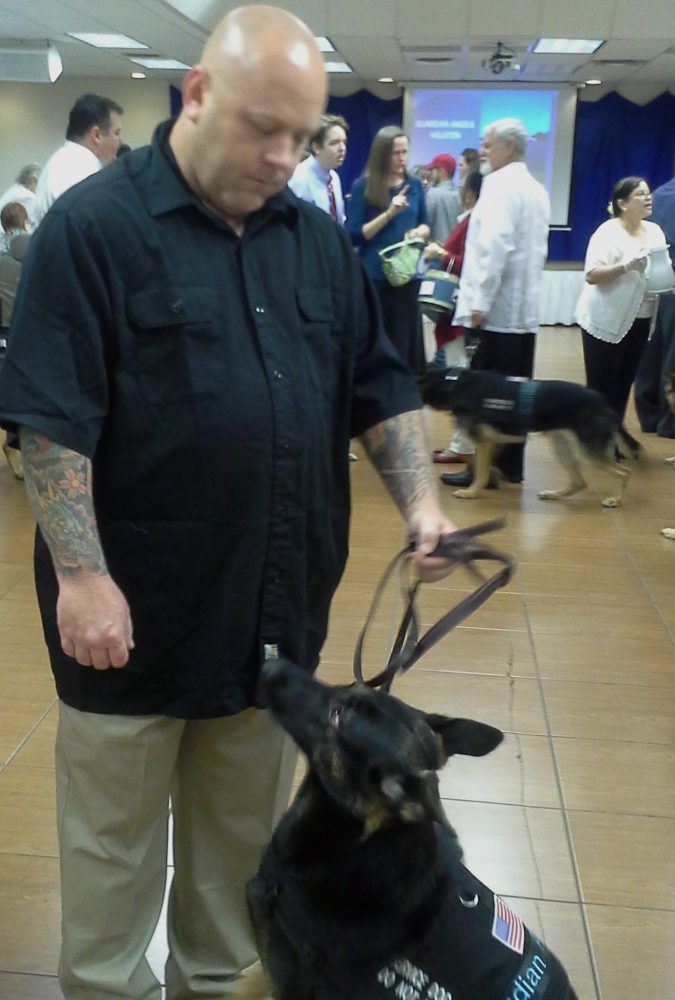 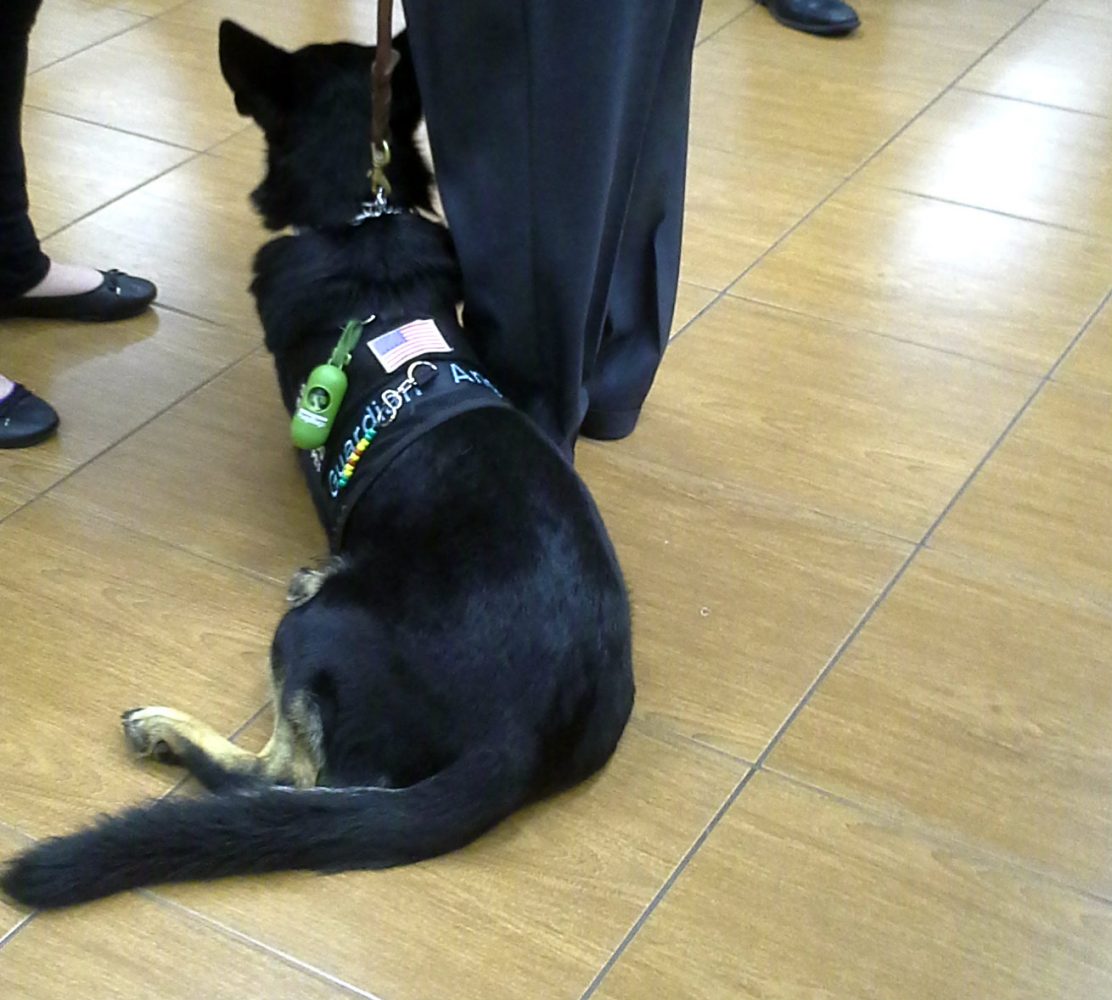 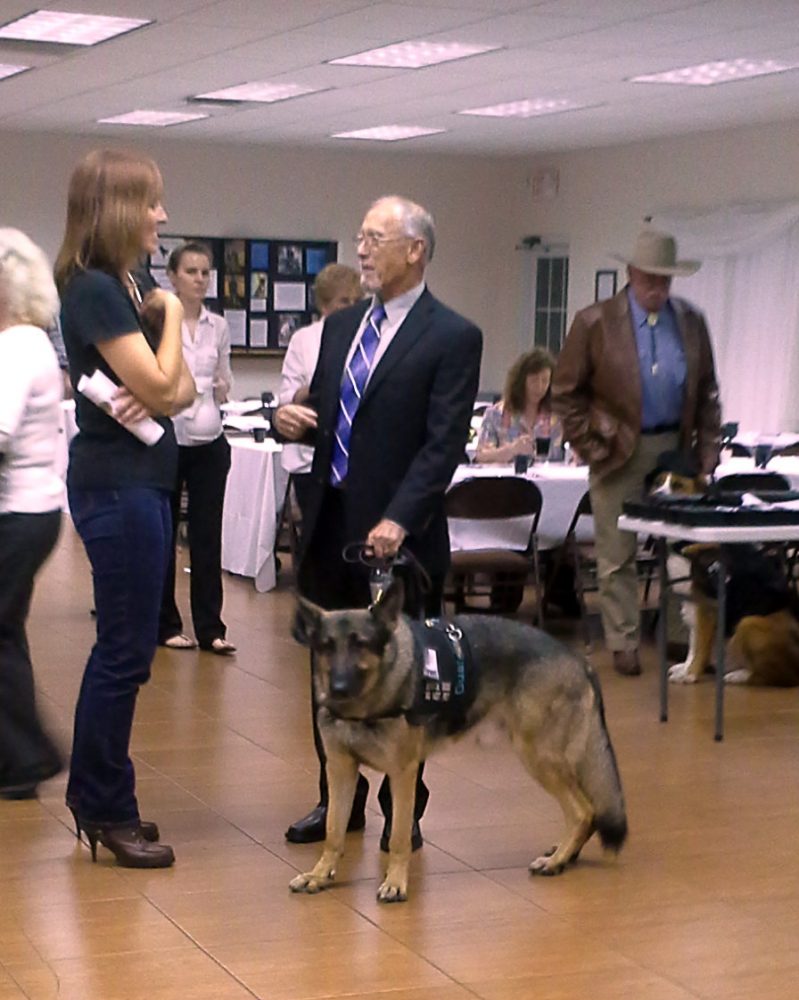 German Shepards are the dogs most used for service situations 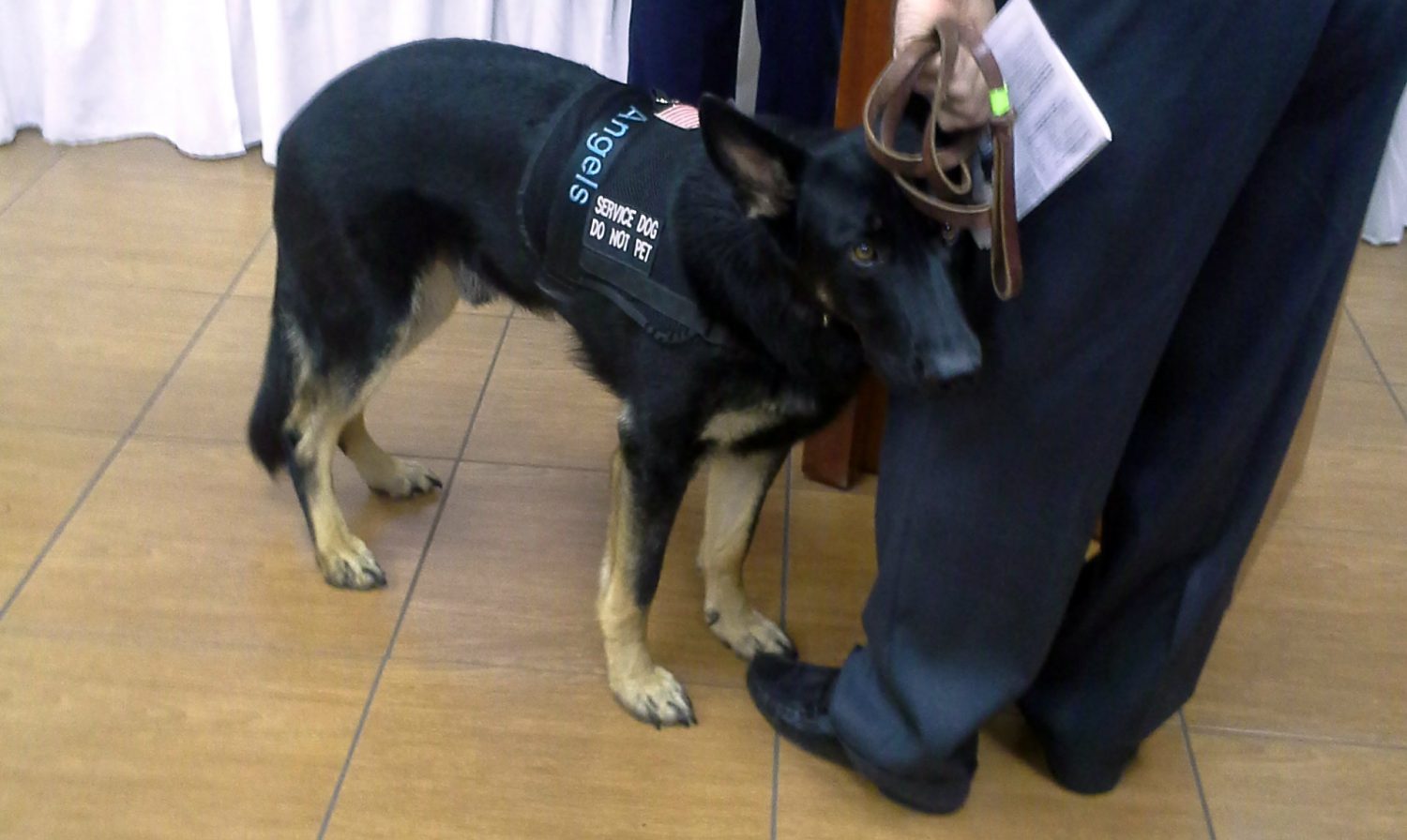 While the dogs may be cute, it’s important not to pet them as it takes their mind off of their duties

Yancey is a reporter for WUFT News who may be contacted by calling 352-392-6397 or emailing news @wuft.org
Previous Gainesville Inmate Program Gives Man and Man’s Best Friend a Second Chance at Life
Next An EF1 Tornado Hit Palm Coast This Weekend