Meet The Artists At The Downtown Festival And Art Show 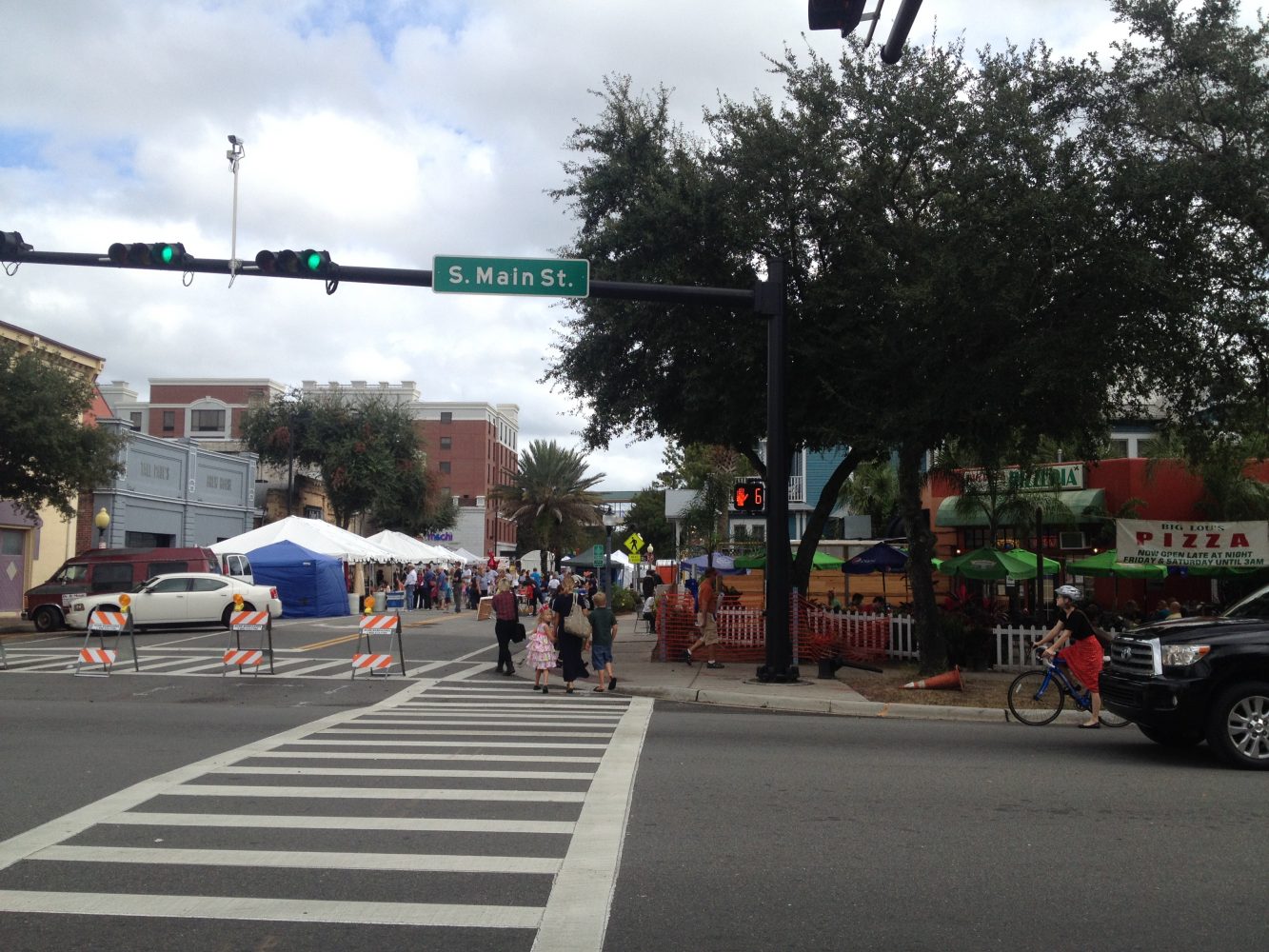 More than 200 artists gathered in Gainesville over the weekend for the 32nd annual Fall Downtown Festival and Art Show. For many artists, this wasn’t their first time participating in the event.

Artist Richard McCollum journeyed 19 hours from his home in Pennsylvania to take part in the art show. McCollum has been making handmade kitchen utensils from cherry wood for 21 years and this is his eighth year at the festival. He said selling his utensils at the festival has helped provide for his family.

“I do a lot of festivals in Florida over the winter and I’ve been grateful,” said McCollum.  “I’ve been able to put two kids through college and pay my bills, and that’s all we’re trying to do is just eat and pay our bills.”

The festival drew a crowd of more than 100,000 visitors. According to McCollum, this is an average- to large-sized crowd compared to other art shows.

“Good customer base. I’ve been coming here for years so people collect my work once they cook with my work,” said McCollum. “There is a younger customer base which gives me a customer for the long term.”

While this weekend attracted artists from all over the nation, many live right here in Florida.

Kim Coy is a metal smith based in Winter Park who makes sterling silver jewelry. This was Coy’s sixth year participating in the Downtown Festival. She said she likes how smoothly the show runs.

“I’m a big fan of the director Linda Piper. I think she does a really good job,” said Coy. “As an artist, we like shows that are easy to load in and out of and this is one of those shows. Most importantly is the number of patrons a show draws, and this show draws a lot of patrons.”

Coy said she strives to make her art affordable for everyone who comes into her booth.

“The number one thing that makes me unique is that my work is affordable,” said Coy. “I think that a lot of people come to art shows wanting to purchase something but a lot of things are outside of their price range and I try to make things that the everyday person can afford but they can also consider art.”

Frank DiGangi, a potter from Hawthorne, only had to travel 40 minutes to make his 10th appearance in the Downtown Festival. DiGangi said holding the festival in the fall has helped him gain many loyal patrons.

“Since its local, people come back every year for Christmas presents and they look us up because it’s the right time of year,” said DiGangi.

Despite Saturday’s rain, DiGangi considered the weekend a success. 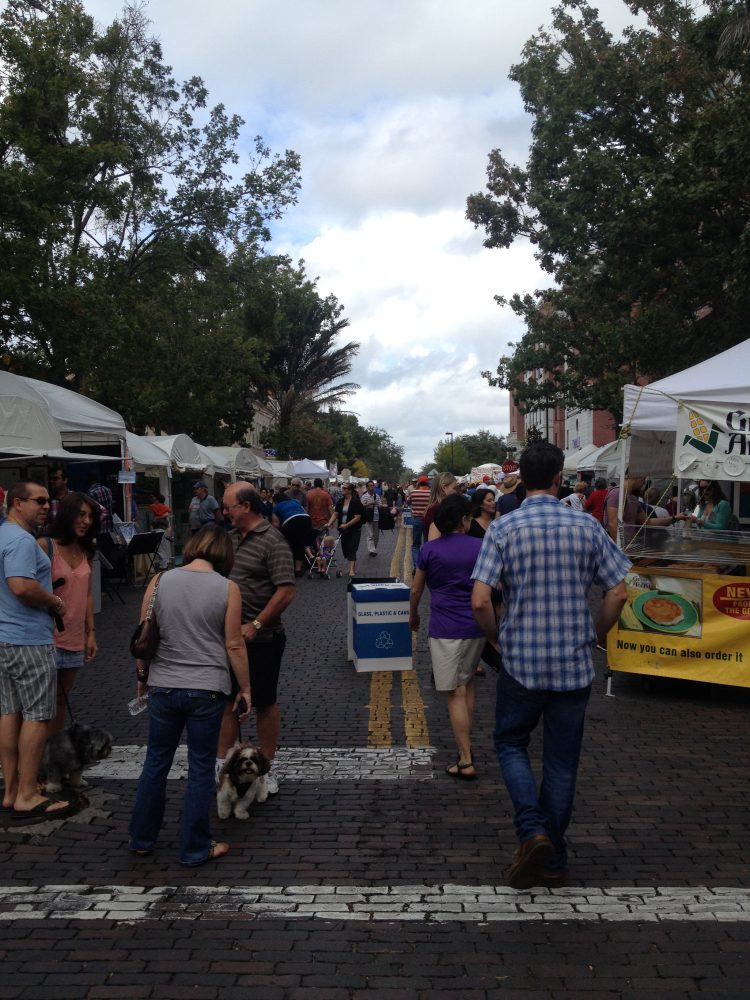 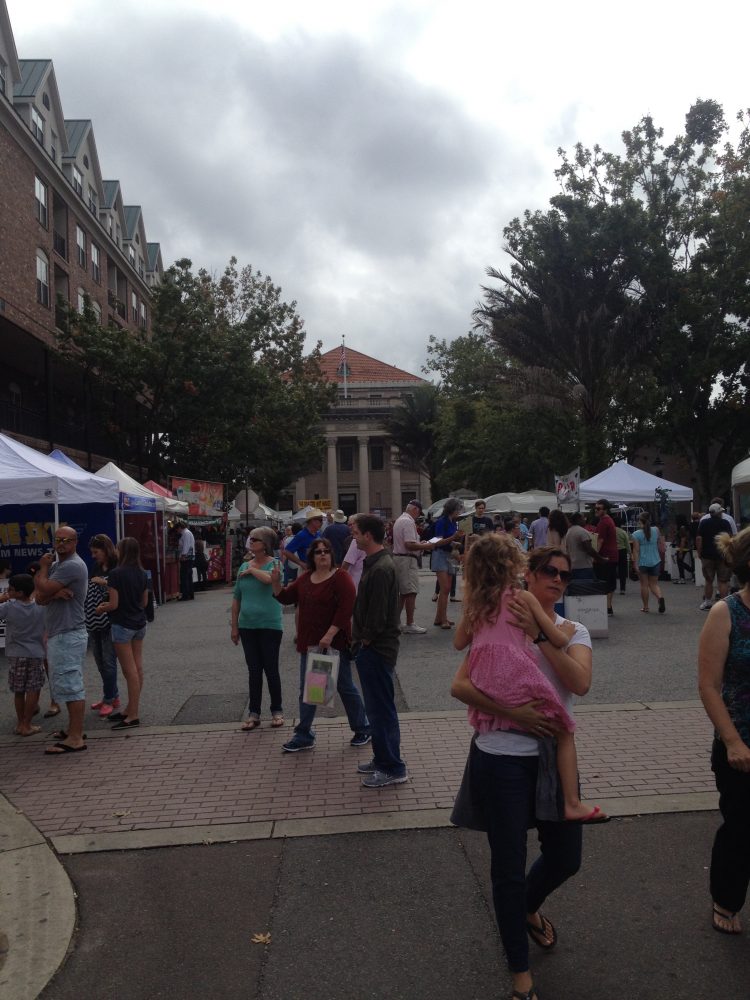 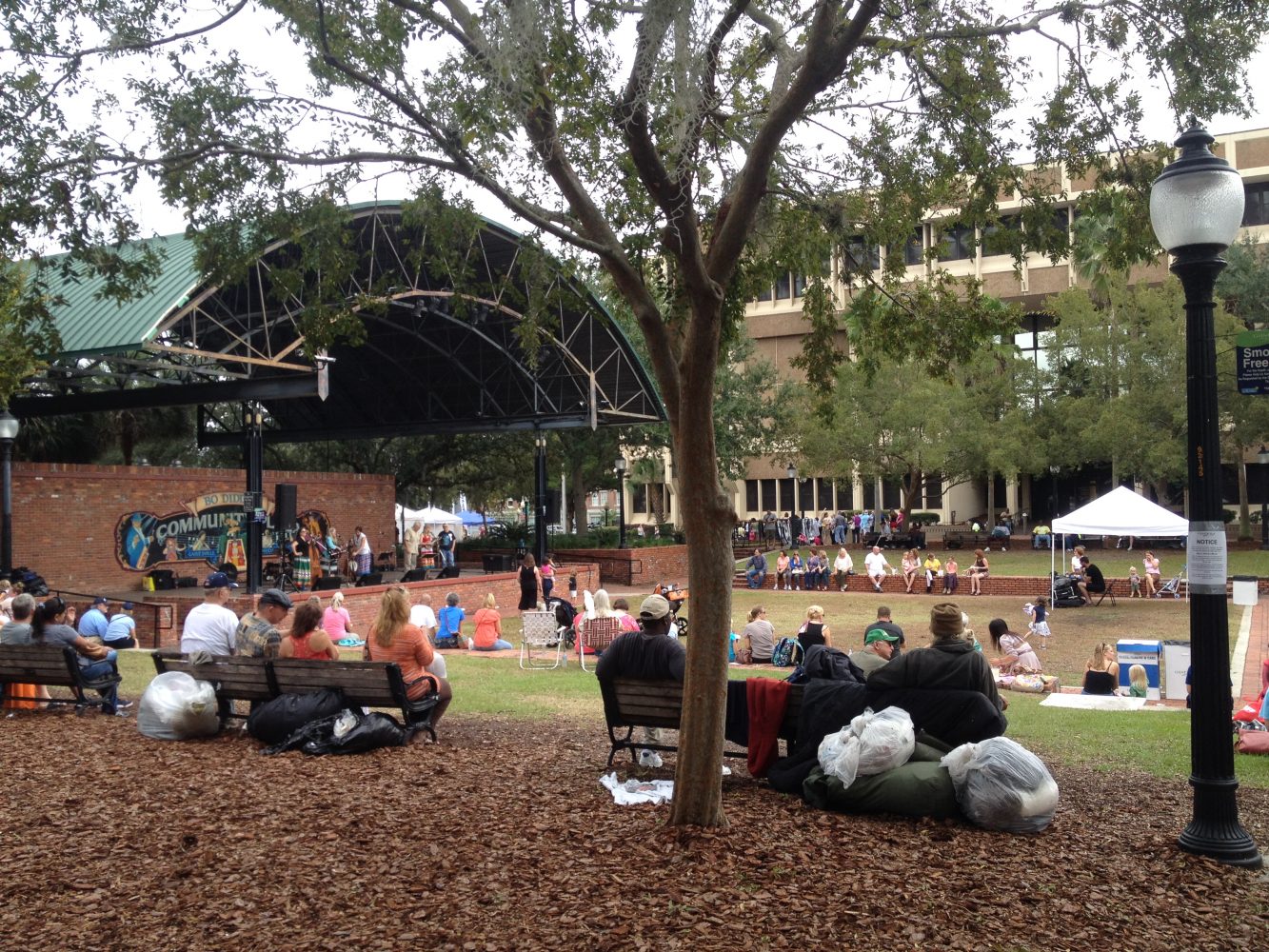 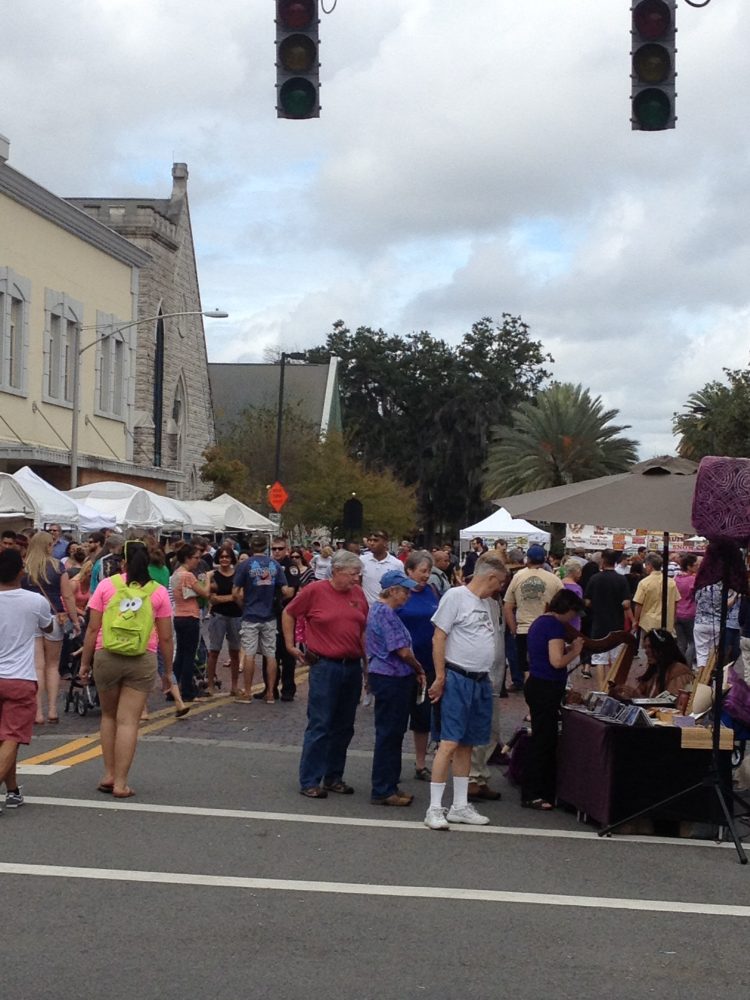 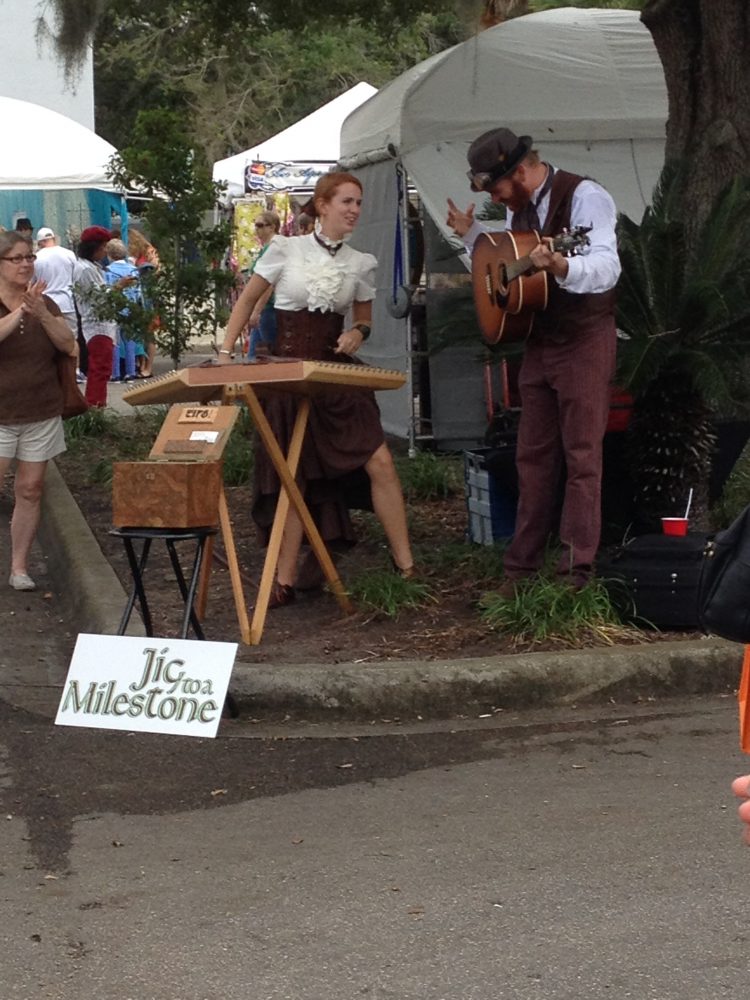 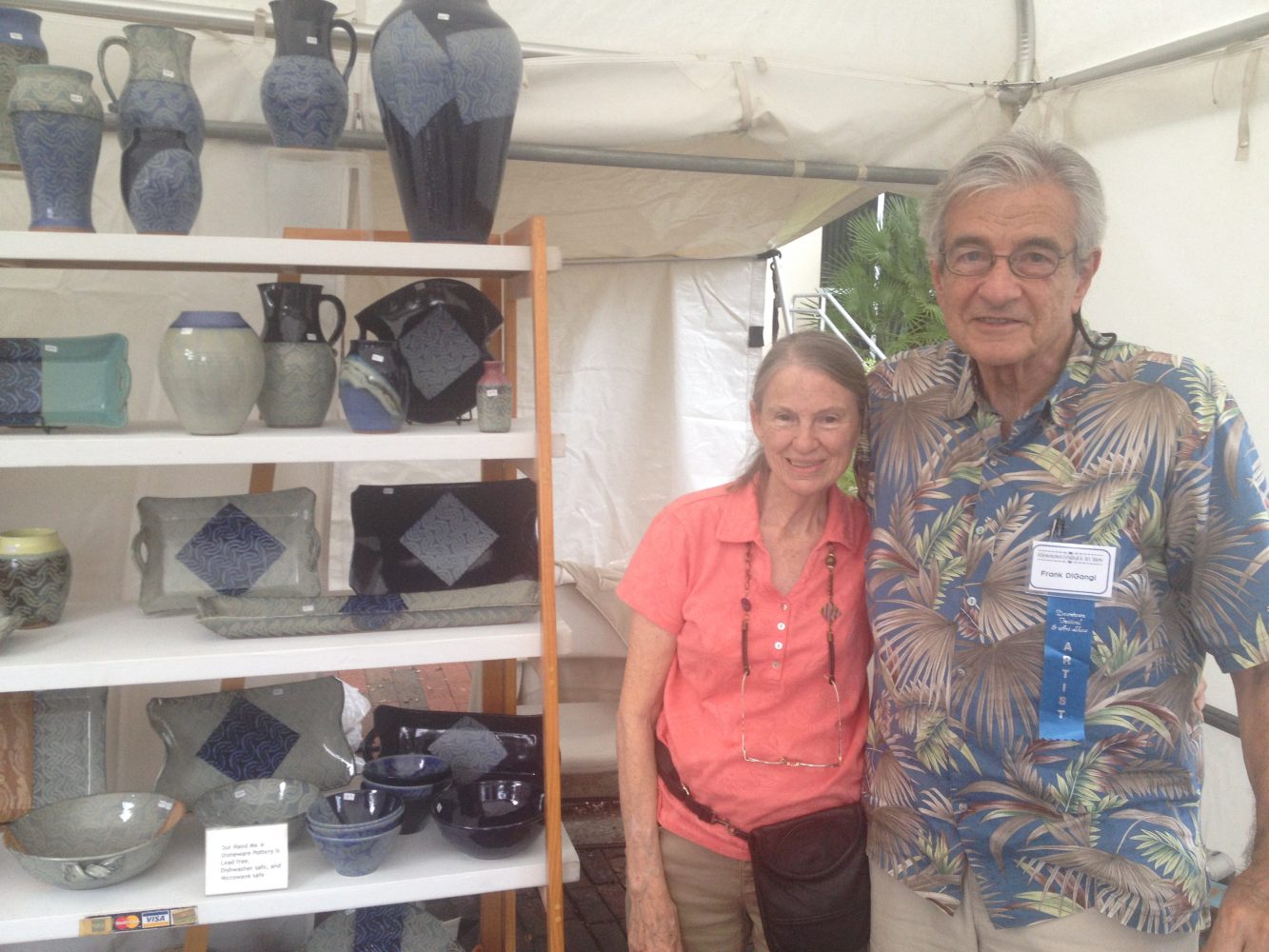 Artist Frank DiGangi poses with his wife and his pottery.

Colette is a reporter for WUFT News and can be contacted by calling 352-392-6397 or emailing news@wuft.org.
Previous State Agencies Seek to Prevent Infant Death During Sleep
Next Cleanup Of Soil Contaminants In Stephen Foster Neighborhood Began Monday