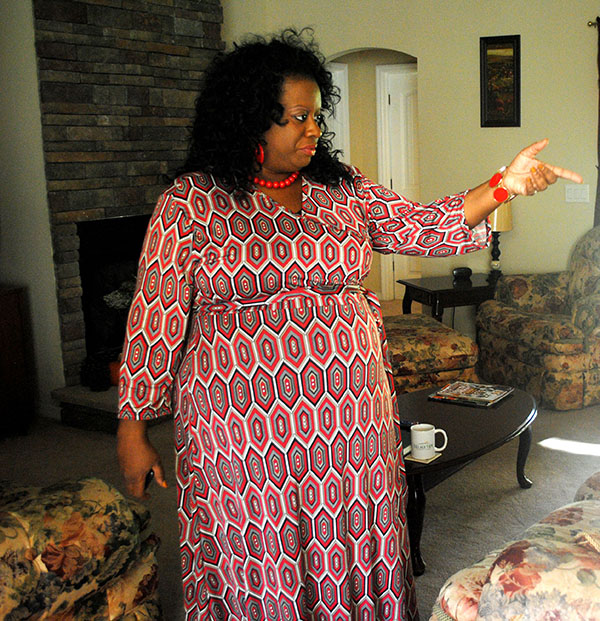 Mary Alexander, 47, gives a tour of Samaritan Comfort 2, located at 14115 SW 78 Terrace. Alexander was arrested on June 20 and pleaded not guilty to two charges of operating an unlicensed assisted living facility and one count of neglect of a disabled or elderly adult. (Photos by Katie Campbell/WUFT News)

People used to call her the “Angel Lady,” but state and county authorities are pushing a different opinion of her these days.

“Normally, a person would be offended by that,” Alexander said. “But you know what? That’s a blessing, because if I can influence people to help other people, then that’s fine.”

Officials found Alexander responsible for running three unlicensed assisted living facilities (ALFs) in Ocala and one in Summerfield on May 17, according to a list from the Agency for Health Care Administration.

Alexander, 47, was arrested June 20. She pleaded not guilty to two charges of operating an unlicensed ALF and one count of neglect of a disabled or elderly adult.

Since her arrest, Alexander said officers from the Marion County Sheriff’s Office call her the “kingpin of a ring of unlicensed ALFs” and are determined to shut her down.

Despite the charges, she vowed to keep her doors open and fight back against what she believes is racial discrimination in Marion County.

Judge Cochran, Marion County Sheriff’s Office’s spokesman, said he would not comment on Alexander’s accusations of racial discrimination or misconduct because it’s her opinion.

He said deputies found enough evidence of abuse to make an arrest.

Todd Hopson, Alexander’s attorney, said he’s paid to be more analytical about his client’s case, but that doesn’t mean Alexander is wrong.

“My client takes this very personally,” Hopson said. “She may well be the victim of racial discrimination, but I just don’t know.”

What Hopson does believe is the case will not go to trial because the Agency for Health Care Administration was mistaken.

“I really do think this is a case of no good deed goes unpunished,” he said. 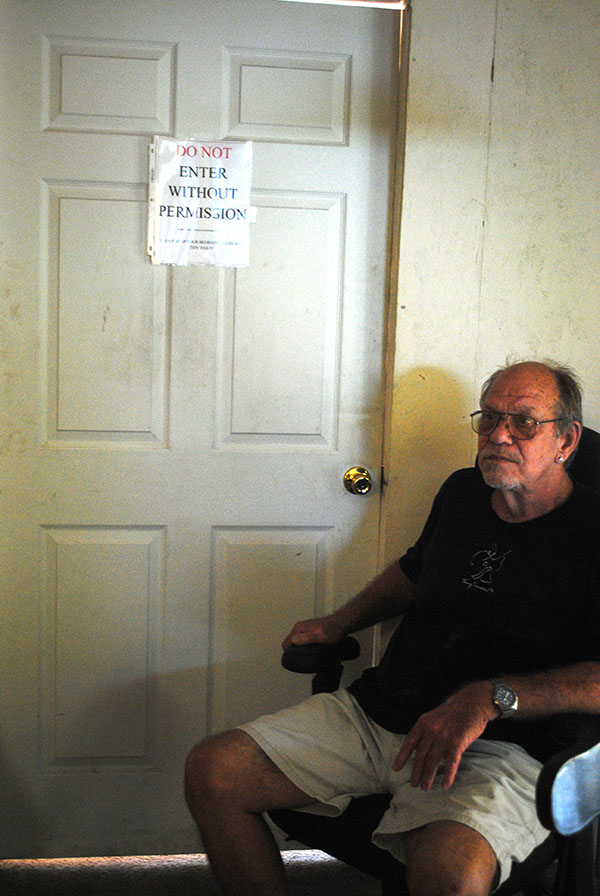 Bill Branton sits in the dining area of Samaritan Comfort, where he has lived for the last seven months. He said he was in the same spot when police officers entered the home and ripped the door behind him off the hinges to gain access to the room beyond.

Thomas Philip Hanson is the assistant state attorney prosecuting Alexander; she expressed unhappiness about the way she believes Hanson has treated her.

In one written complaint, Alexander said Hanson refused to shake her hand when she invited him into her home. The complaint went on to say her tenants were frightened when state officials demanded entry into the house.

“They were acting like they were looking for runaway slaves or America’s most wanted criminals,” Alexander wrote.

Hanson said he does not recall ever refusing to shake Alexander’s hand.

“Race doesn’t play any part,” he said. “It wouldn’t matter if the people involved were white, purple, aliens or whatever.”

The case, he explained, is based on a statute detailing services requiring a license to operate an assisted living facility.

“I think that she is dealing with people who are compromised, either physically or mentally,” he said. “She’s trying to house these compromised people, and she’s providing them a level of services that we believe triggers the licensing requirement.”

Hanson isn’t saying Alexander can’t have a facility or rent to people, but she will have to become licensed to run an ALF if she really is assisting residents with activities of daily living or with their medications.

Hanson is not the only authority with whom Alexander is upset.

[doclink to=”https://www.wuft.org/news/files/2013/11/Alexander.pdf”][/doclink]In May 21 written complaints, she said Larry Carmody, a state ALF investigator, was unprofessional while inspecting one of the facilities under her company title, Samaritan Alternative Care Service, LLC. Carmody accused the facility of activities that would classify the location as an ALF.

Coleman said AHCA would not permit Carmody, or any other investigator, to comment on any case. She also said the agency declined to comment overall about Alexander.

The question remains whether Alexander violated laws regarding ALFs. She and those associated with the facilities currently operating, Samaritan Comfort and Samaritan Comfort 2, claim they are licensed homeless shelters in which fully independent residents are given food, shelter and other resources.

She said accusations of unsanitary living conditions, bed bugs and starvation are false, and she is curious to know who reported such conditions. She and her attorney have not yet been given exact accounts of the reported abuses. 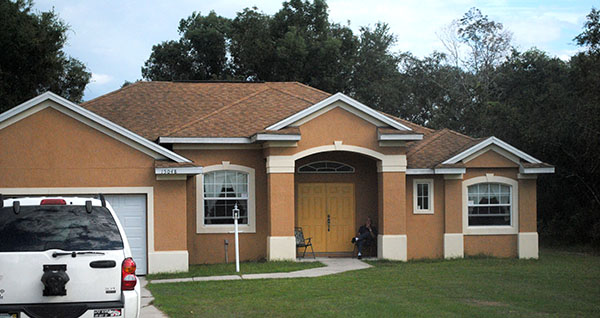 Samaritan Comfort is one of two locations under Samaritan Alternative Care Service, LLC. It is located at 15048 SW 25th Circle in Marion County.

State officials have accusations of their own.

On one occasion, a report was made of dead bodies in the facility at 15048 SW 25th Circle in Ocala. Officers entered the house to make a search, removing one door from its hinges in the process.

Bill Branton, a manager and resident at Samaritan Comfort for seven months, said he was there the day officers broke down the door. He said officers explained they were not there with any issues against Branton, but he still felt attacked.

Officers and state officials were unfair to Alexander, he said.

“Nobody’s perfect,” Branton said. “I don’t know what’s legal and what’s illegal. All I know is that people are being helped.”

Alexander’s husband, Kevin Alexander, 57, said there were no bodies in the house, and the report came from an angry relative. Everything was completely clean in the facility, he argued.

He mentioned a situation in which a young woman died, but Mary Alexander stopped him: “Don’t go there,” she said. The couple would not comment further.

“If you look hard enough and you dig deep enough, you can make a problem,” Kevin Alexander said.

The trial is currently going through the process of “discovery,” the time before a formal trial. Until allegations are proven, Alexander said, the facilities will remain open as she continues to face the prosecution.

“I have nothing to hide,” she said. 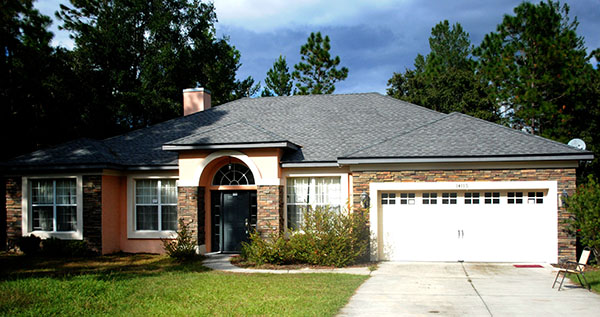 Samaritan Comfort 2 is the second of two locations operated by Mary Alexander. It is located at 14115 SW 78th Terrace.

Katie is a reporter who can be contacted by calling 352-392-6397 or emailing news@wuft.org.
Previous Grooveshark Principal Found Dead Over Weekend in St. Petersburg
Next More Seniors Using The Internet, Gallup Poll Finds