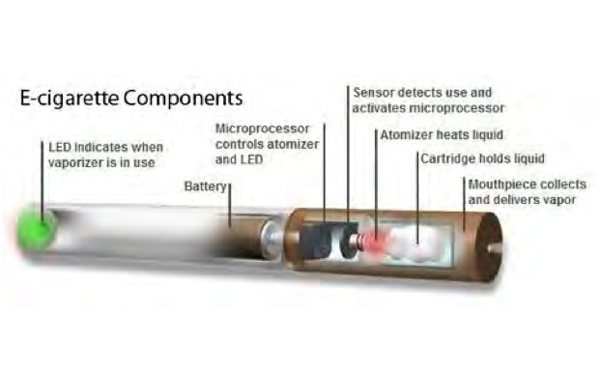 What goes on inside an e-cigarette? Instead of smoke from burning tobacco, users inhale vapor containing nicotine (unless it’s a nicotine free model), flavor additives, and other chemicals. When users inhale from the end of an e-cigarette, a battery-operated vaporizer heats a liquid solution into a vapor.

A proposed Florida bill will make the selling of E-Cigarettes to minors  a crime.

The Florida Senate Regulated Industries Committee unanimously approved Bill 224 Thursday.  The bill adds nicotine dispensing devices, such as e-cigarettes, to the state’s prohibition of the sale of tobacco products to minors. If you are looking for a good E-Cigarette check out these reviews.

The bill would also make it illegal for minors to possess e-cigarettes and products.

Electronic Cigarettes are seen by some as a safer alternative to smoking cigarettes.  The slim, metal devices require cartridges which vaporizes nicotine for  consumers to inhale.  The nicotine smoke is often enhanced with flavors such as  cotton candy or bubblegum.

The proposed legislation, which includes two companion House bills, will classify e-cigarettes as an alternative nicotine product or nicotine dispensing device, and it will suggest methods to prevent minors from getting e-cigarettes.

The urgency to define e-cigarettes at the state level continues as the federal Food and Drug Administration is figuring out its own regulations and definition.

In 2009, the FDA released a limited study that examined two of the estimated 200 e-cigarette companies in the United States. The FDA’s Division of Pharmaceutical Analysis investigated components from a small sample of cartridges from the two brands.

The study concluded the products contained carcinogens and toxic chemicals, including antifreeze ingredients.

The FDA sought to restrict the importation of e-cigarettes and regulate them as drug delivery devices, requiring higher product standards and quality control.

The companies the study examined filed suit with the FDA over their classification, saying their products used nicotine derived from tobacco. And on that basis alone, e-cigarettes should be regulated as tobacco products.

Florida state Sen. Kelli Stargel (R-District 15) disagreed with the distinction. She said this product lacks a major component that would make this distinction plausible: tobacco.

“Tobacco products have a whole litany of regulations,” she said, “and this is not being defined as a tobacco product one way or another because it doesn’t actually contain tobacco inside the device. It’s just nicotine.”

Still, in 2011, the FDA issued a statement that it intended to regulate the devices as tobacco products under the Family Smoking Prevention and Tobacco Control Act of 2009. Since then, no specific rules have been issued.

“This is somewhat of unchartered territory for a lot of us because this is a fairly new technology,” said Stargel, who is also the chair of the Regulated Industries Committee. “But we are all in agreement that we don’t want our kids to have them.”

Andrew Romero, the tobacco prevention specialist at Tobacco Free Alachua, agreed with Stargel that the effects of nicotine, regardless of the source, is harmful to adults and especially children.

From a public health perspective, Romero said there isn’t much that can be said from his sector just yet whether the e-cigarettes are harmful or not overall. He said they want to make sure they have substantial research and data to back up their claims before they give any recommendations to the public.

Romero said the harm reduction discussion — deciding if e-cigarettes are less, more or equally harmful than cigarettes — is what’s most necessary but difficult to accomplish.

With increasing number of brand differentiations and the lack of regulations, Romero said it becomes difficult to formulate a general consensus on e-cigarettes since no one really knows exactly what’s in them.

“All the different manufacturers make them according to their own specifications,” he said. “From brand to brand, you may find different chemicals and consistencies of nicotine. When a company says it has a safe amount of nicotine, you are basically just taking their word on it because there is absolutely no oversight.”

In fact, Romero said much of the current public perception of e-cigarettes is not influenced by the public health sector at all, but rather perpetuated by the millions of dollars these companies will spend to market their products.

The e-cigarette market currently stands at about $2 billion, according to Wells Fargo. The bank projected it would reach $10 billion in the next four years.

“The science and legislation is still catching up to the rapid expansion of e-cigarettes,” Romero said. “And only now from a scientific perspective are we starting to discover the impact of the e-cigarettes, whether it’s in terms of youth usage or helping people quit.”

If approved, Florida would become the 28th state to ban the sale of electronic cigarettes to minors. Of those states, Alabama, New Jersey and Utah set the age prohibition at 19.

Some refill bottles contained concentrations of nicotine as high as 500 to over 1000 mg of nicotine per 1 ounce bottle of solution according to the Indiana Tobacco Prevention and Cessation. A lethal dose of nicotine when ingested is 30 to 60 mg for adults and 10 mg for children. 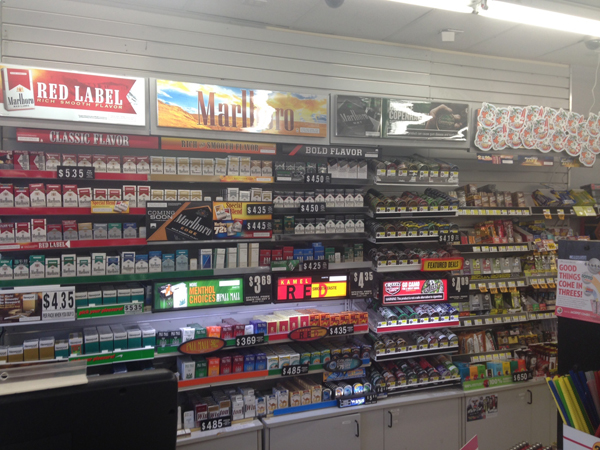 The wall of cigarettes behind the counter at a Kangaroo Express convenient store in Gainesville contains about 10 different brands of cigarettes. Manager Amanda Holmes said Marlboro brand cigarettes are the most popular. 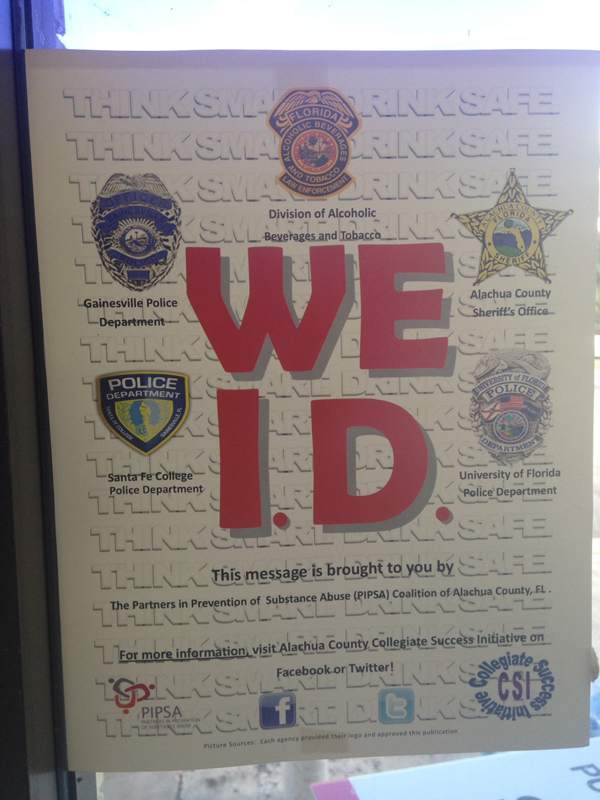 This sign can be found on the window inside the Kangaroo Express on SW 13th St. Manager of the store Amanda Holmes said that although it is not required of her to card minors for e-cigarettes, she has classified them in her computer system as “other tobacco products” and will prompt the cashier to type in a birthday before completing the transaction.

Paige is a reporter for WUFT News who may be contacted by calling 352-392-6397 or emailing news @wuft.org
Previous Gainesville’s Young Drivers Pulled In Most Texting and Driving Tickets In First Month
Next Talks All But Dead Between Gainesville, GREC; No Future Meetings

The Florida Department of Health listed 120 businesses under investigation for requiring vaccines. The list …