Thile, who is known for his influence on progressive bluegrass, will perform Johann Sebastian Bach’s classical compositions.

At age 8, Chris Thile began performing with the groundbreaking trio, Nickel Creek, taking traditional bluegrass to new levels. He toured with the group for 15 years, released three albums, sold two million records and won a Grammy Award.  After leaving Nickel Creek, he founded the progressive bluegrass band, The Punch Brothers, for which he is lead singer.

Thile said he loves all music, from bluegrass and rock to jazz and classical. He fell in love with Bach after two of his grandparents independently gave him Bach recordings when he was a teenager. He eventually studied music at Murray State University. On Friday night, Thile is performing “Bach: Sonatas and Partitas, Vol. 1″ in University Auditorium.

Thile has been on quite a musical run in the past few years. In 2012, he was named a MacArthur Fellow. His selection also provided him with $500,000 in support for five years. He said the phone call was a complete surprise.

“Completely out of the blue,” he said. “You have no idea that you’ve even been submitted for consideration. You can’t apply for it or anything.”

He said at first he didn’t even pick up the phone when the call came in.  He thought his friends were playing a prank on him.  He finally realized it was the “real deal.”

The prize was based on Thile’s creativity, originality and potential to make important musical contributions in the future as a mandolinist and composer. The fellowship comes without stipulations or reporting requirements.

Thile said he has remained inspired.

“It serves to kind of stoke the fire that I’ve lit under myself,” he said. “I live to work, and I love to work. I absolutely adore music.”

Thile said he takes the responsibility very seriously and is humbled and honored to be chosen.

Music critics have praised Thile for his ability to cross over genres, from Bill Monroe tunes on the mandolin to performing classical with cellist Yo-Yo Ma, guitarist Michael Daves and double bassist/composer Edgar Meyer. Thile said he doesn’t really think of music in terms of genres, but appreciates all music performed well.

“When you talk about genres, to me there’s like two genres of music and those are No. 1 good music and No. 2 bad music,” he said. “The best instances of music sort of rise to the top of their respective genres and enter the good music club. You know I consider JS Bach to sort of be the president of that club.”

Thile said he loves hearing that he’s inspiring other young musicians to “step out of the box” and try new things.

“It almost feels like, you know, a camera just switched on and it gives me a whole new perspective again on what it means to be alive, so if anything I ever do does that for anyone, I’m just delighted,” he said.

Donna is a reporter for WUFT News and can be contacted by calling 352-392-6397 or emailing news@wuft.org.
Previous Lake City Police Officer Killed In Fire
Next Envision Alachua Inches Closer With Help From Private Landowner 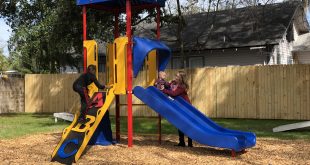 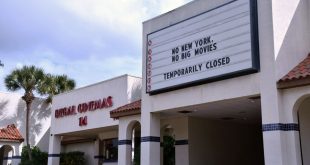 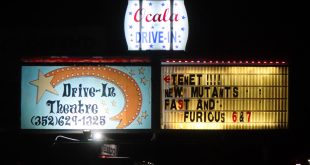 While the coronavirus has forced the shutdown of walk-in theaters nationwide, it has revived the once fading drive-in movie industry.