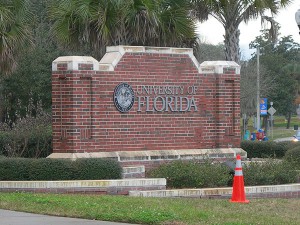 Restorative justice is gaining popularity at college campuses, including at the University of Florida.

Conflict Resolution Week at the University of Florida is in full swing, and organizers are advocating restorative justice as a means to deal with conflict on college campuses.

Restorative justice is gaining popularity among college campuses, including at the University of Florida.

Restorative justice practices are providing new avenues for describing justice and addressing law violations, Chris Loschiavo, Assistant Dean of Students, and Director of Student Conduct and Conflict Resolution, said. These practices focus on the needs of the victims, the offenders and the community, instead of simply working to punish the offender, he said.

“It’s a different philosophical look at crimes and violations of rules, with the focus being on the community and repair of harm to the community,” Loschiavo said. “That, to me, is what the definition of restorative justice is … which is why we often talk about restorative practices rather than as a program specifically. There’s a lot of ways to implement it.”

He said these approaches have been around for thousands of years, and can be traced back to Native American and Aboriginal Australian customs. It was only in the last decade that restorative justice has been used on college campuses as a way to deal with student conduct matters.

“Most people in higher education credit the University of Colorado at Boulder back in about 2000 with bringing restorative justice to the college campus,” Loschiavo said.

Since then, he said, restorative justice has expanded across the country. Loschiavo said it was almost an “explosion of different people trying to implement various forms of restorative practices on their campuses to deal with student conduct.”

He said it helps communications between the parties involved in the conflict.

Loschiavo recalled a case where a student stole from another student’s car, and it was revealed in a restorative session that the offender sold the stolen goods to support a drug habit. At the end of the talk, the two students hugged.

“To me, what that demonstrated was that she actually has more closure because she knows what his intentions were,” Loschiavo said.

The restorative session welcomed him back into the community, he said. “As it turns out, he never did re-offend, and he has since graduated from the university.”

Hazing is another area of violence seen on college campuses that can benefit from restorative justice, he said.

“Individuals often think that because they’re acting as a group, that they don’t bear the responsibility for their decisions,” Loschiavo said. “We really try and send the message to our students that, ‘yeah I understand it’s happening as a member of this organization but you are still responsible.'”

He said the argument that this approach would mean perpetrators are “getting off easier” simply isn’t true. Loschiavo said it is difficult for the offender to know they are the reason for a restorative circle — this practice forces them to accept responsibility for their actions and to show remorse.

Brianna is a reporter for WUFT News and can be contacted by calling 352-392-6397 or emailing news@wuft.org.
Previous Here Are North Florida’s Early Campaign Finance Leaders In The 2014 Legislature Race
Next Some Off-The-Grid North Floridians Get To Skip GRU Rate Increases