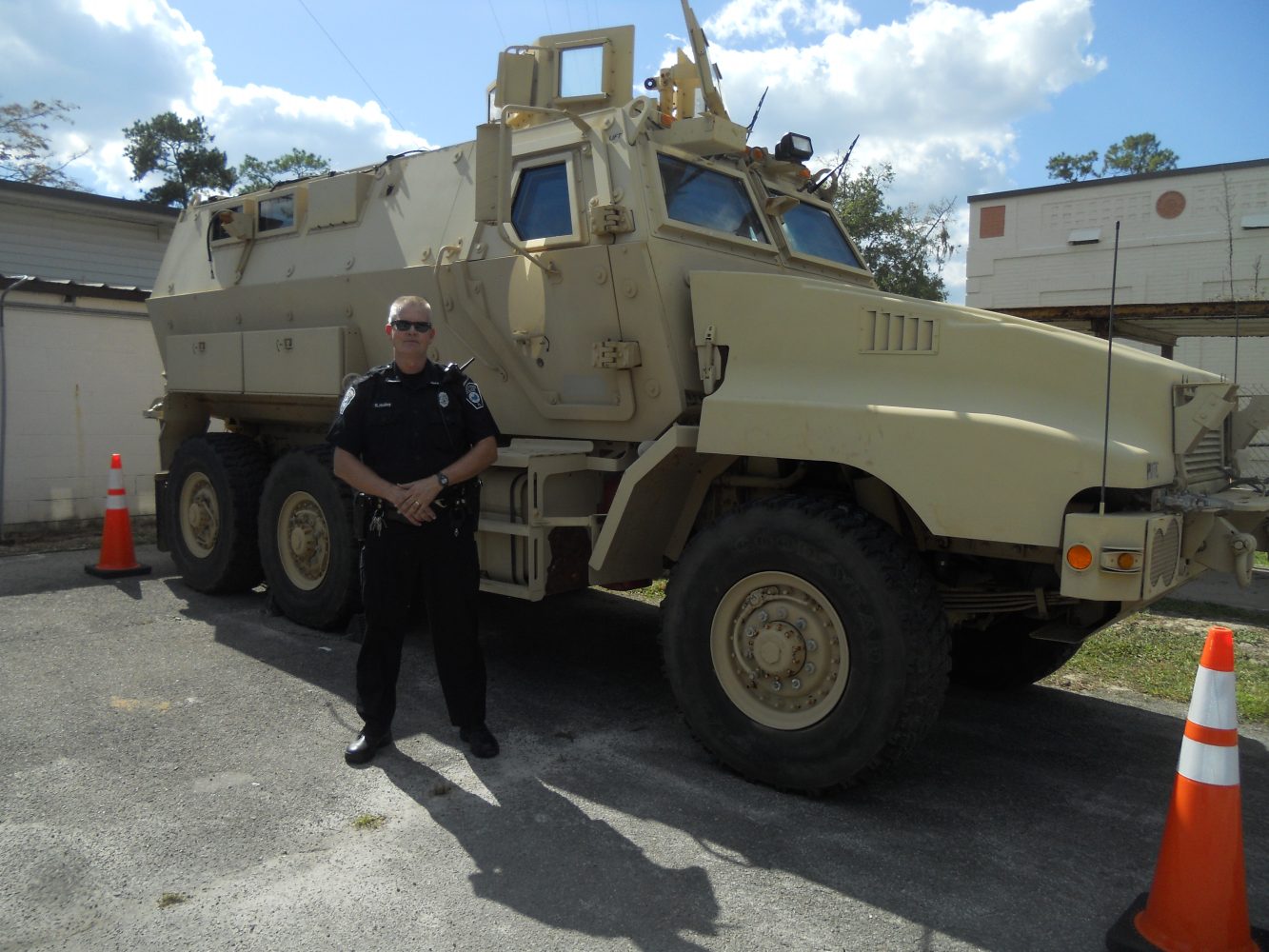 A new military vehicle stands as tall as an elephant behind the High Springs Police Department, ready to rescue people from future natural disasters.

The police department received the 48,000-pound, war-ready vehicle on Oct. 4 from Camp Shelby in Mississippi with less than 7,000 miles on it. Armor-protected, it was bought to serve as a rescue vehicle and command center during hurricanes and floods, according to High Springs Police Chief Steve Holley.

“If we have a situation that requires us to deploy people in hostile environments, we can use this vehicle,” Holley said.

The Mine-Resistant Ambush Protected vehicle, or MRAP, can safely travel through three and a half feet of water in complete darkness.

“It’s a cheap solution to a problem. If we need to evacuate people and they can’t get out, we can start piling people in and pull them out,” Holley said.

The Department of Defense’s Law Enforcement Support Office has been providing used military devices to law enforcement agencies since the passage of the 1997 National Defense Authorization Act. Since its inception, $4.2 billion in military property has been transferred to police departments in every state, according to the Defense Logistics Agency website. 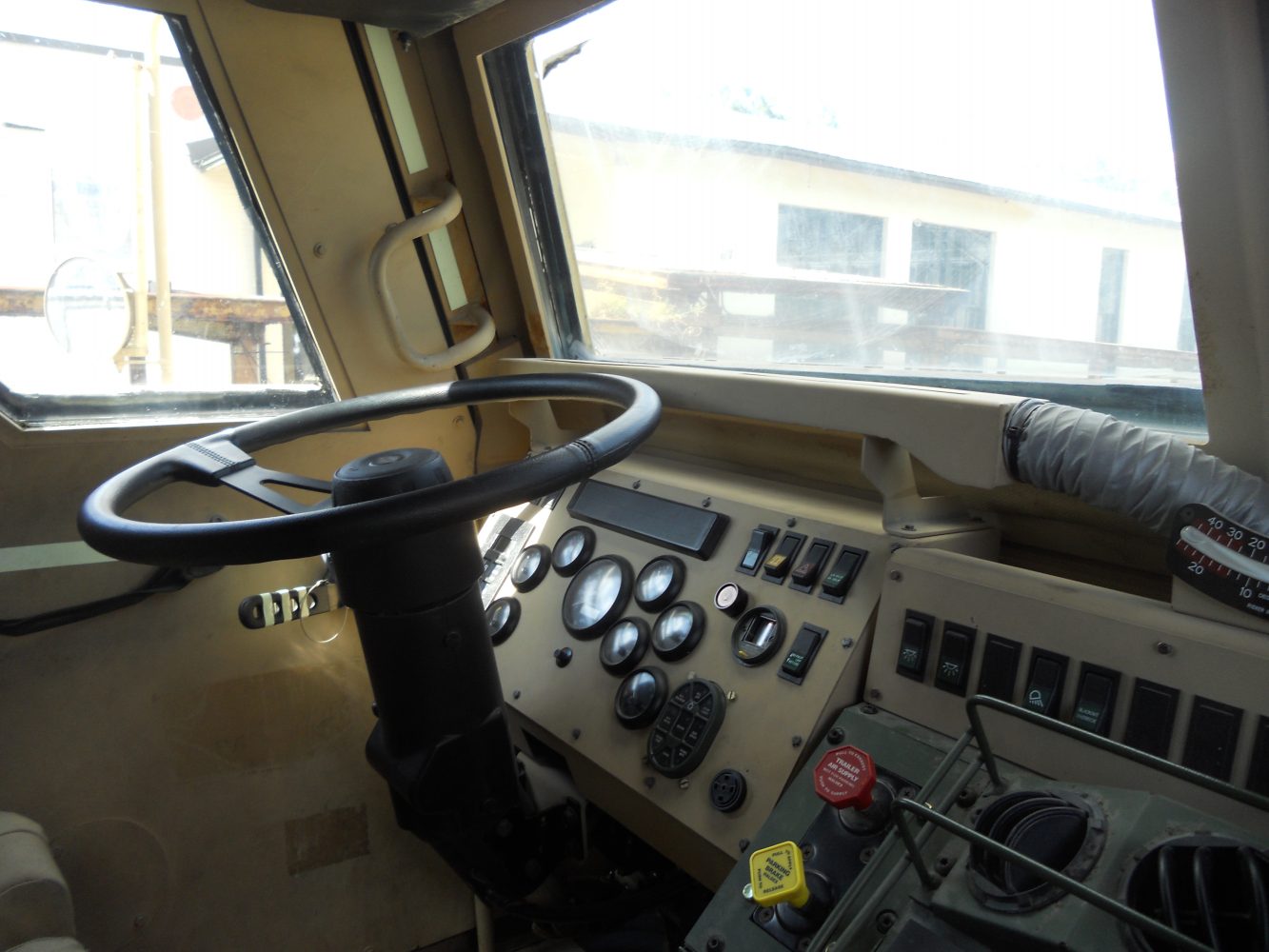 The initiative for MRAP vehicles began in 2007 to help protect troops in Iraq against explosive devices.  By 2010, Congress allotted $34 billion for the transport and construction of MRAP vehicles, according to a report by the Congressional Research Service.

The Gainesville Police Department is waiting for the end of the government shutdown to receive its own MRAP vehicle. Ben Tobias, police department spokesman, said the military vehicle will be a cheap replacement for its current primary SWAT vehicle, which is reaching the end of its life.

GPD used the military surplus program before, buying four helicopters from the Department of Defense that they use almost daily.

“The military surplus program is quite a good deal for American law enforcement,” Tobias said.

Jim Woods, owner of the Santa Fe Outpost, an eco-tourism hot spot in High Springs, has lived in the area since 1990. Woods said he doubted the necessity of a massive military vehicle in High Springs.

He said the most recent Santa Fe River flood in September did not affect his business, but in the 23 years it has been in operation, Woods has been forced to evacuate his home and business five times due to flooding.

Despite his past evacuations, Woods said he was not sure the vehicle was a wise expenditure.

“If it saves one person’s life, it’s worth having,” Woods said. “But on the other hand, I can’t think of a time when someone has been so isolated that their life has been in jeopardy.” 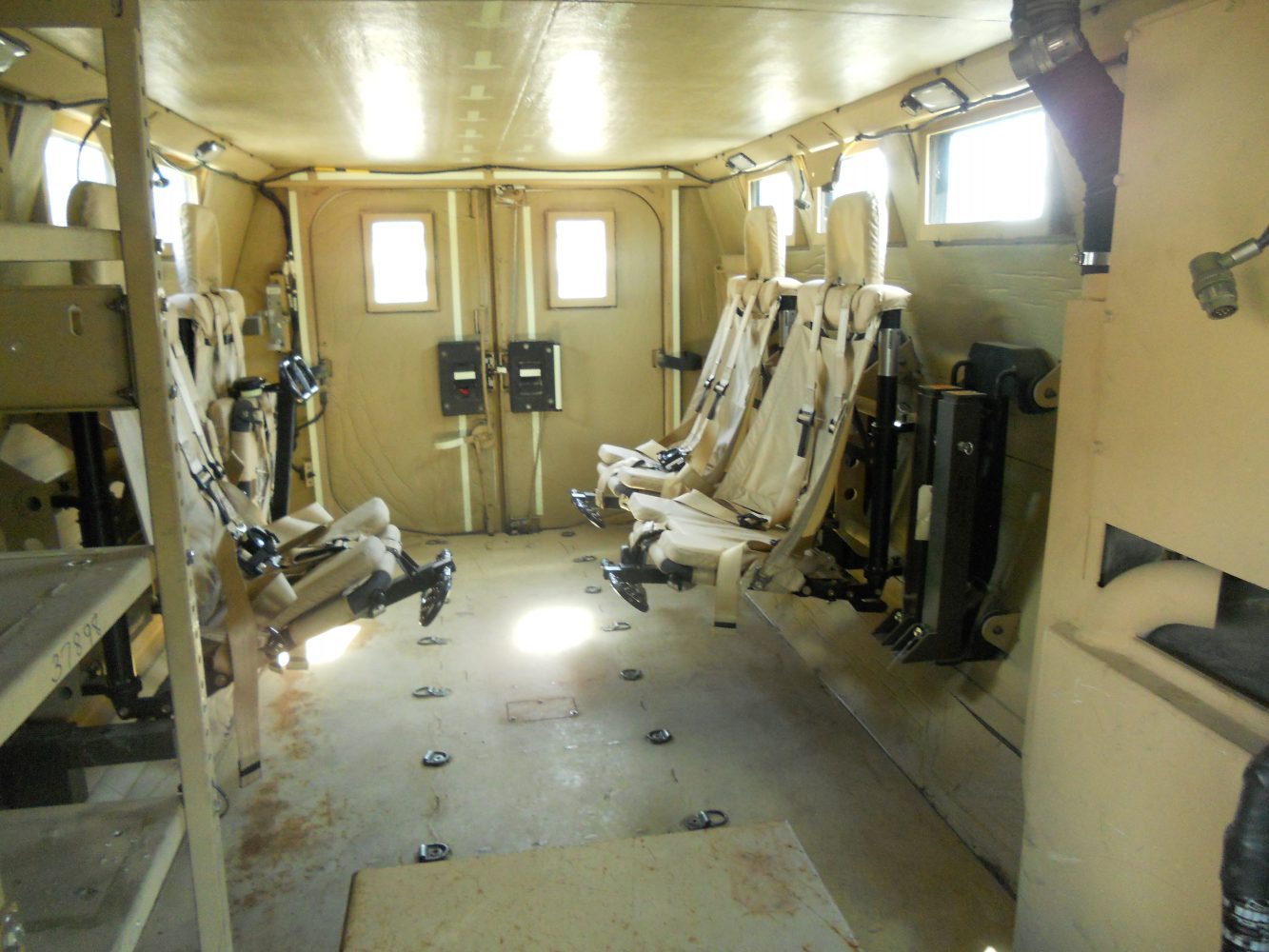 The back of the Mine-Resistant Ambush Protected vehicle has seats to secure four officers and can hold about a dozen people, Holley said.