Weather Kept A Giant Blimp Grounded This Week In Ocala 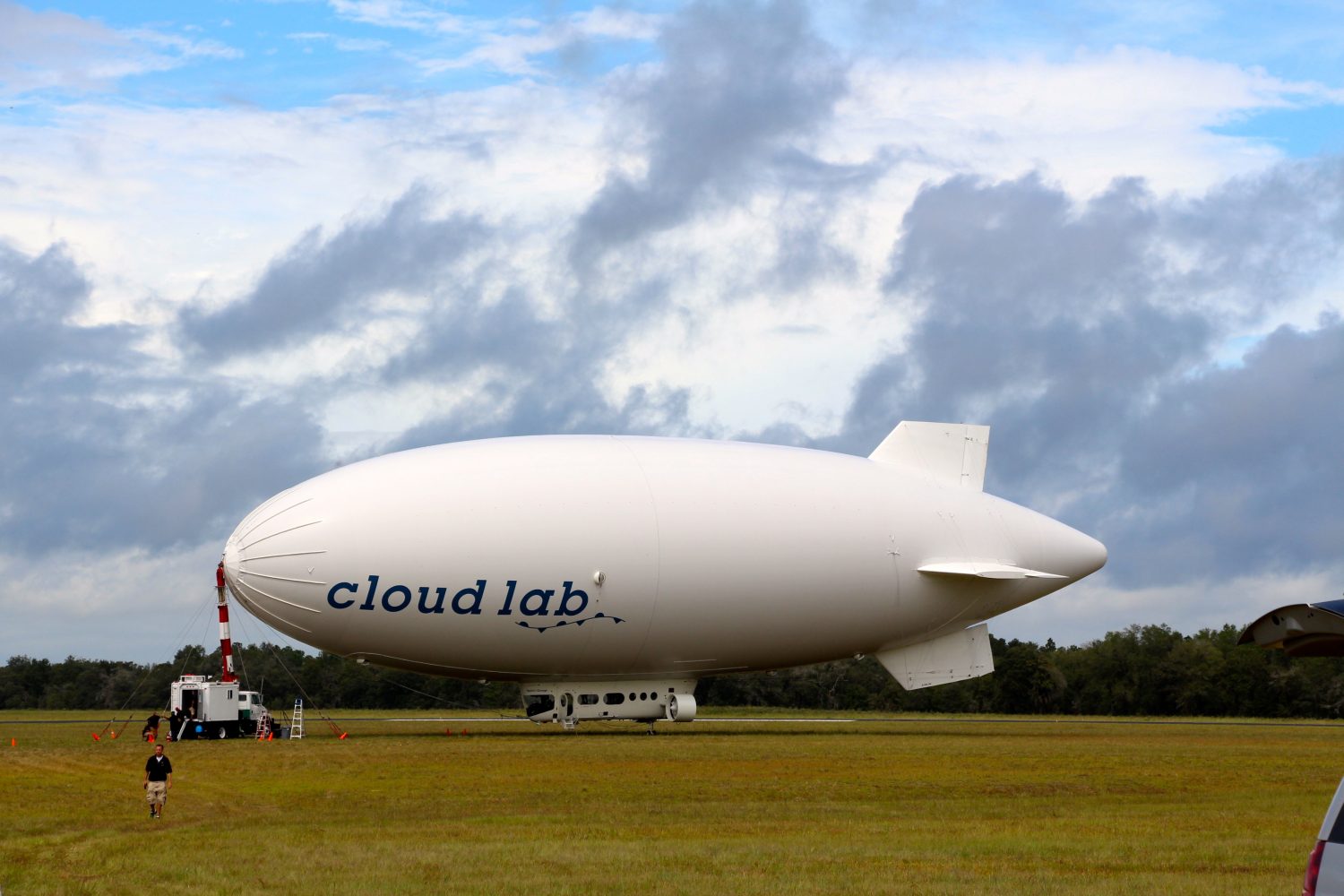 One of the world’s largest blimps, the Spirit of George, rests on the Dunnellon/Marion County Airport airfield just west of Ocala.

Pilots in association with the British Broadcasting Corporation (BBC) plan to take the giant blimp as part of a project called Cloud Lab across the U.S. to San Francisco, while stopping at 10 to 15 locations. Now, weather has stalled the project by at least one day.

Cloud Lab aims to search clouds for insects and microbes in hopes of advancing scientific exploration.

James Van Der Pool is the BBC series producer who is in charge of Cloud Lab.

“The very thing we are trying to study is the thing that is controlling our progress,” Van Der Pool said of the weather.

The BBC team intended to take off early Tuesday around 8 a.m., but heavy rain added weight to the balloon of the blimp making it hard to pilot.

Kevin Walston, 27-year-old senior groundsman for Spirit of George, releases the mast, which serves as an anchor for the blimp, and gives directions for takeoff.

“Pilots decide whether to fly or not,” he said.

David Burns, the chief pilot from Skyship Services, said the blimp generally flies at about 1,500 feet above the ground.

“We’re aiming north for a much drier area,” he said. “Hopefully that will allow us to get clean of this area and (move) further west.”

The blimp will lift off for its next destination, Alabama, when the weather clears up.   The team said it hopes this will happen soon.

The contract for the blimp ends on Oct. 15. 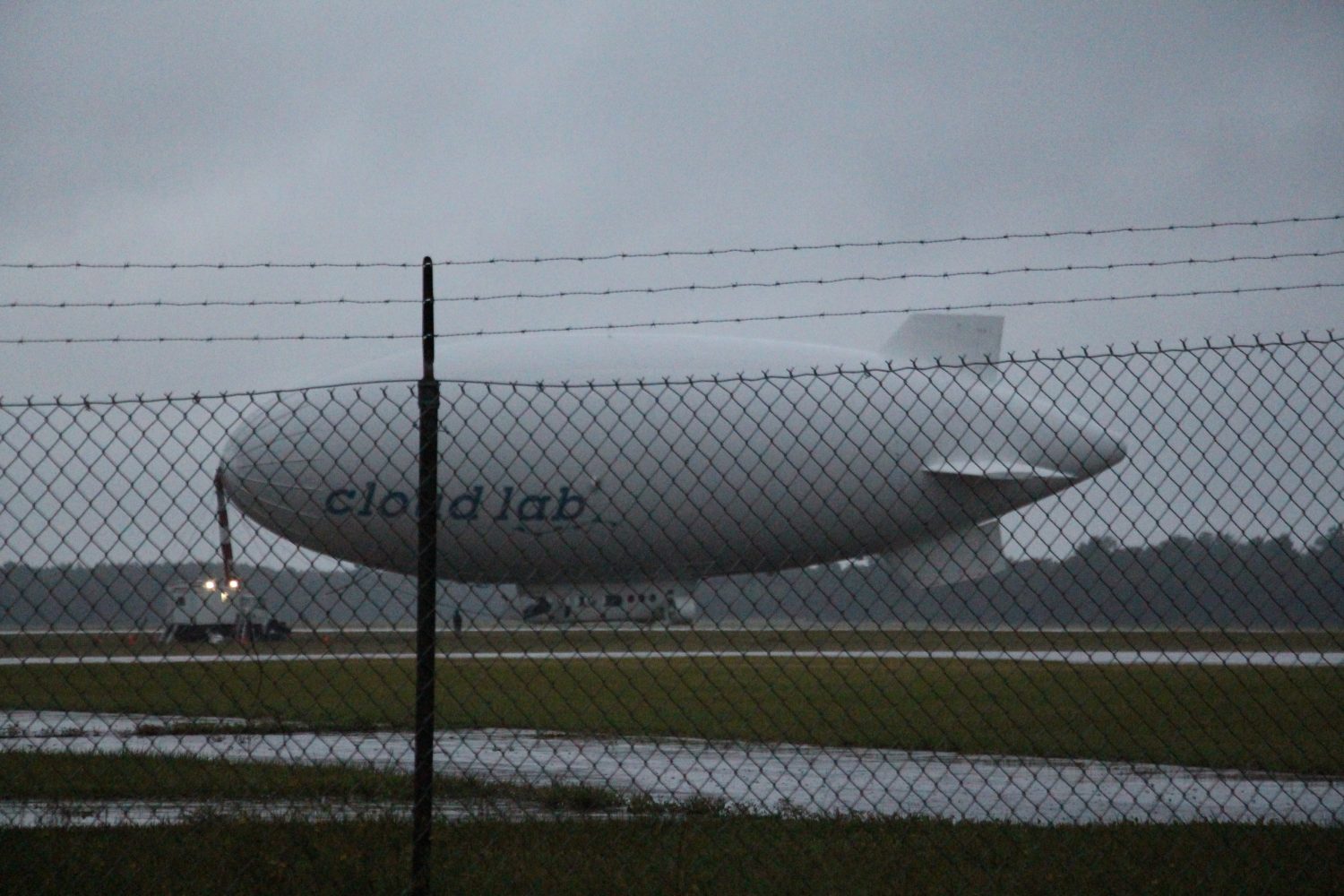 Rain grounds Spirit of George Tuesday morning. The blimp is one of the largest in the world. 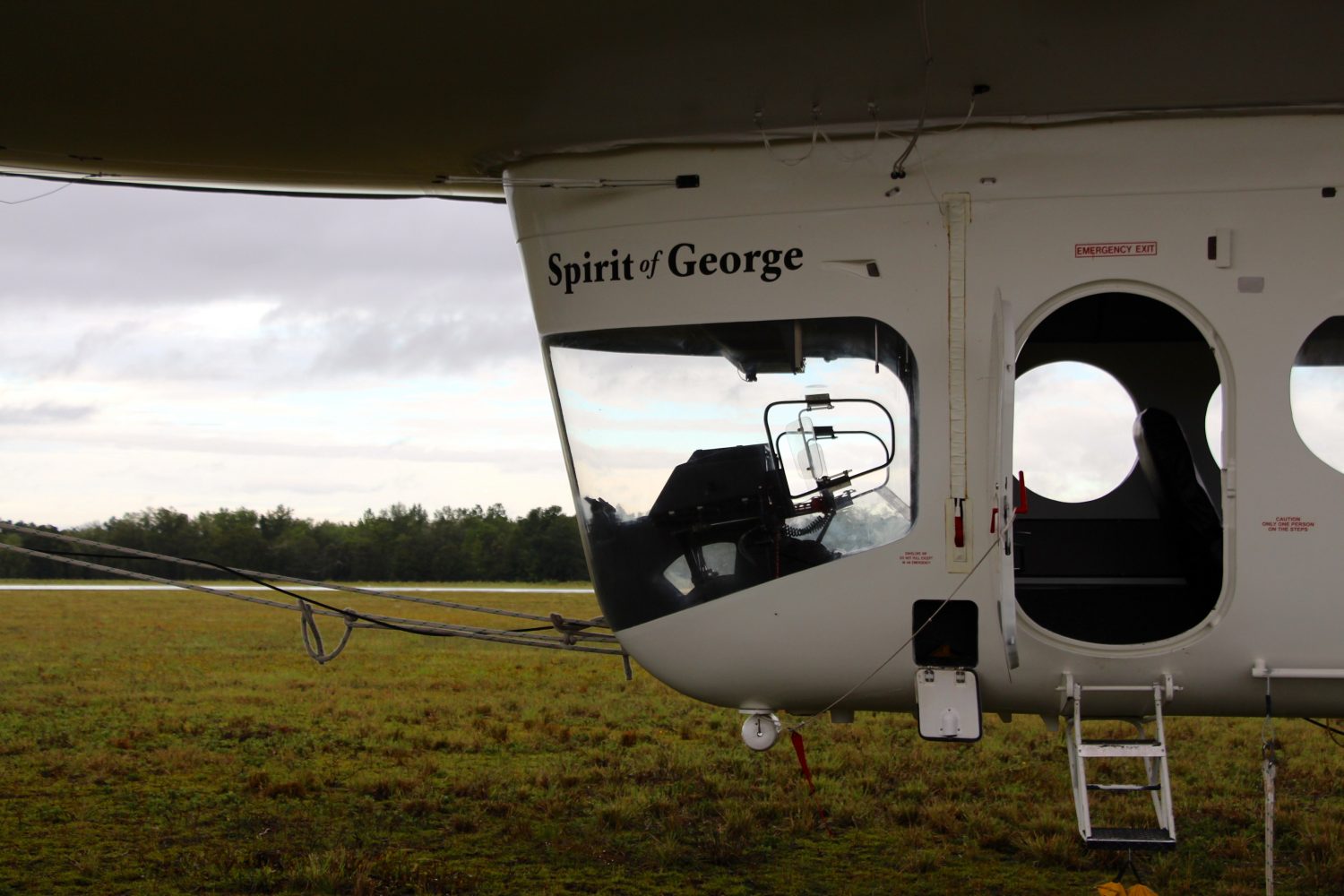 The gondola seems to float over the ground, as it is anchored by the mast. 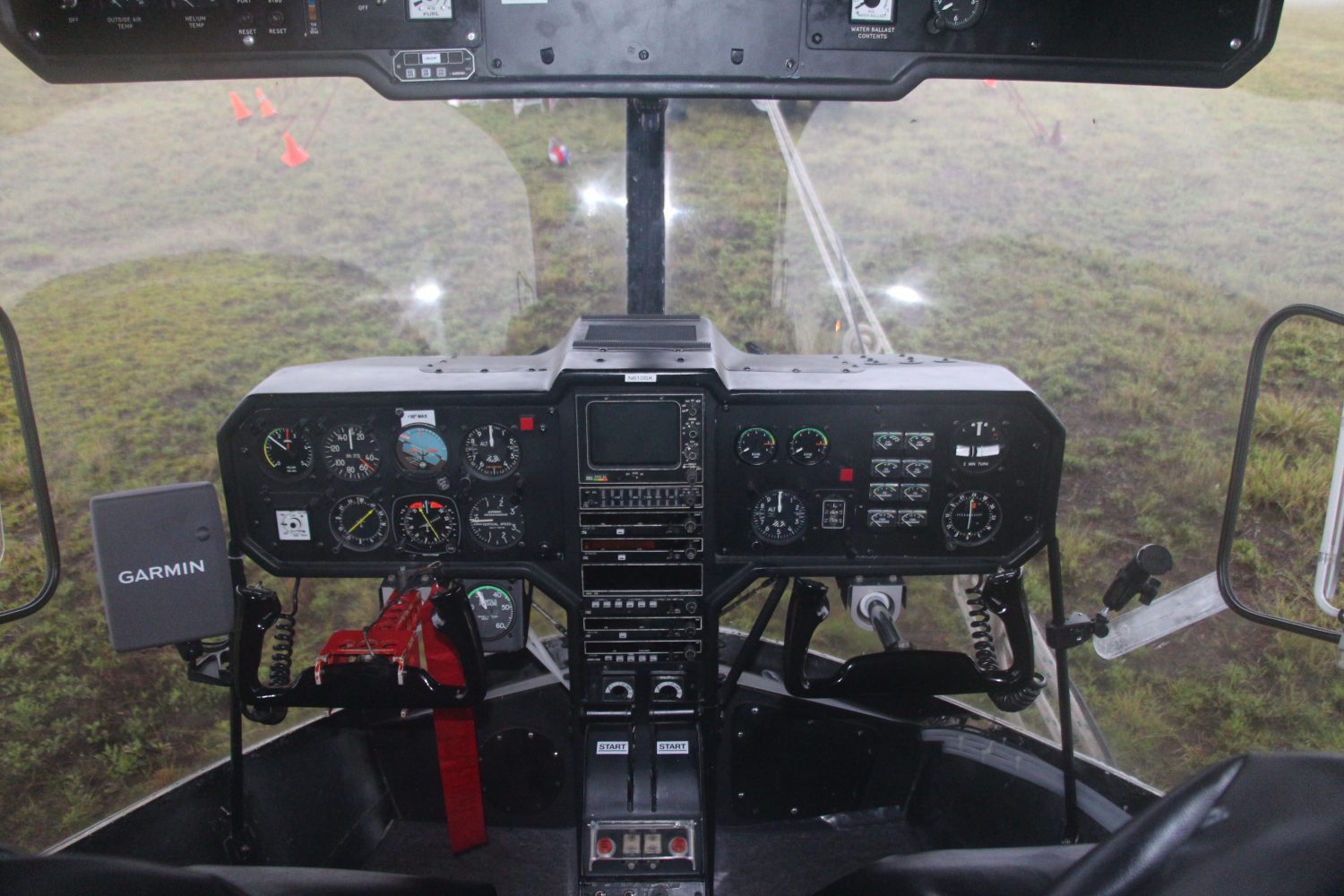 Inside the cockpit of the Spirit of George. 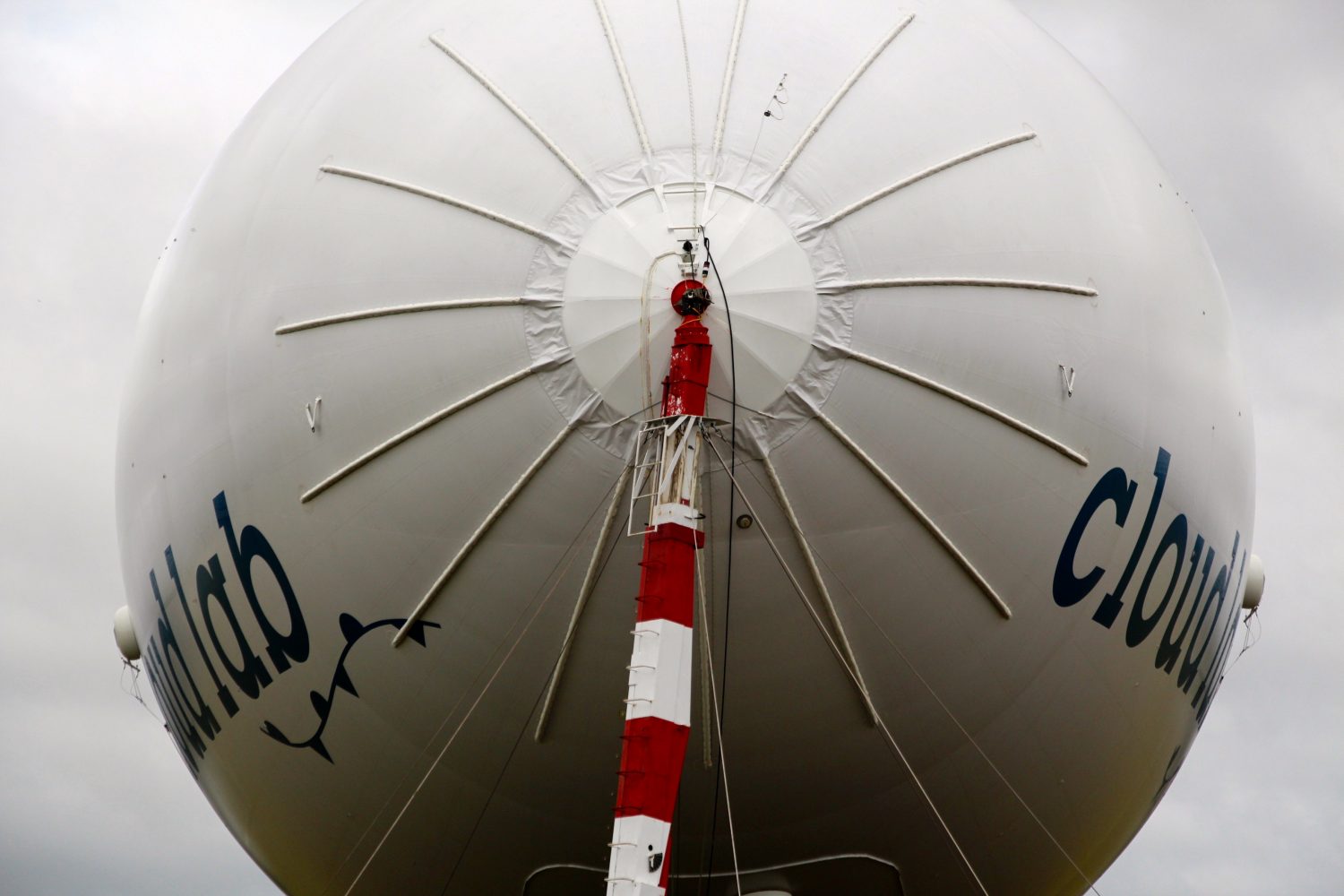 The mast anchors the blimp. 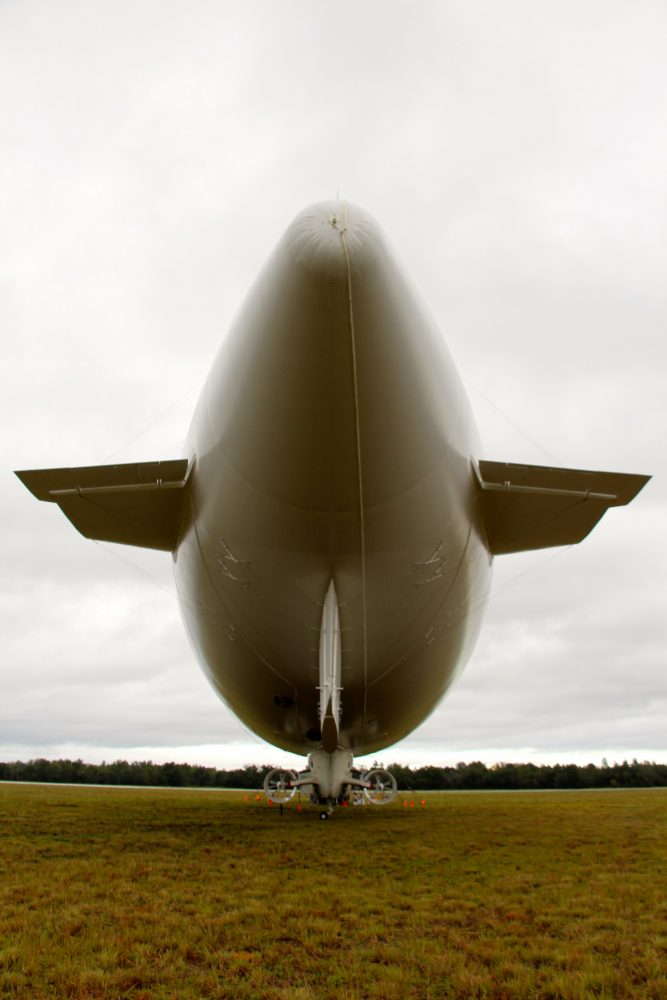 While not the longest, the Spirit of George can carry more weight in the gondola than any other U.S. blimp. 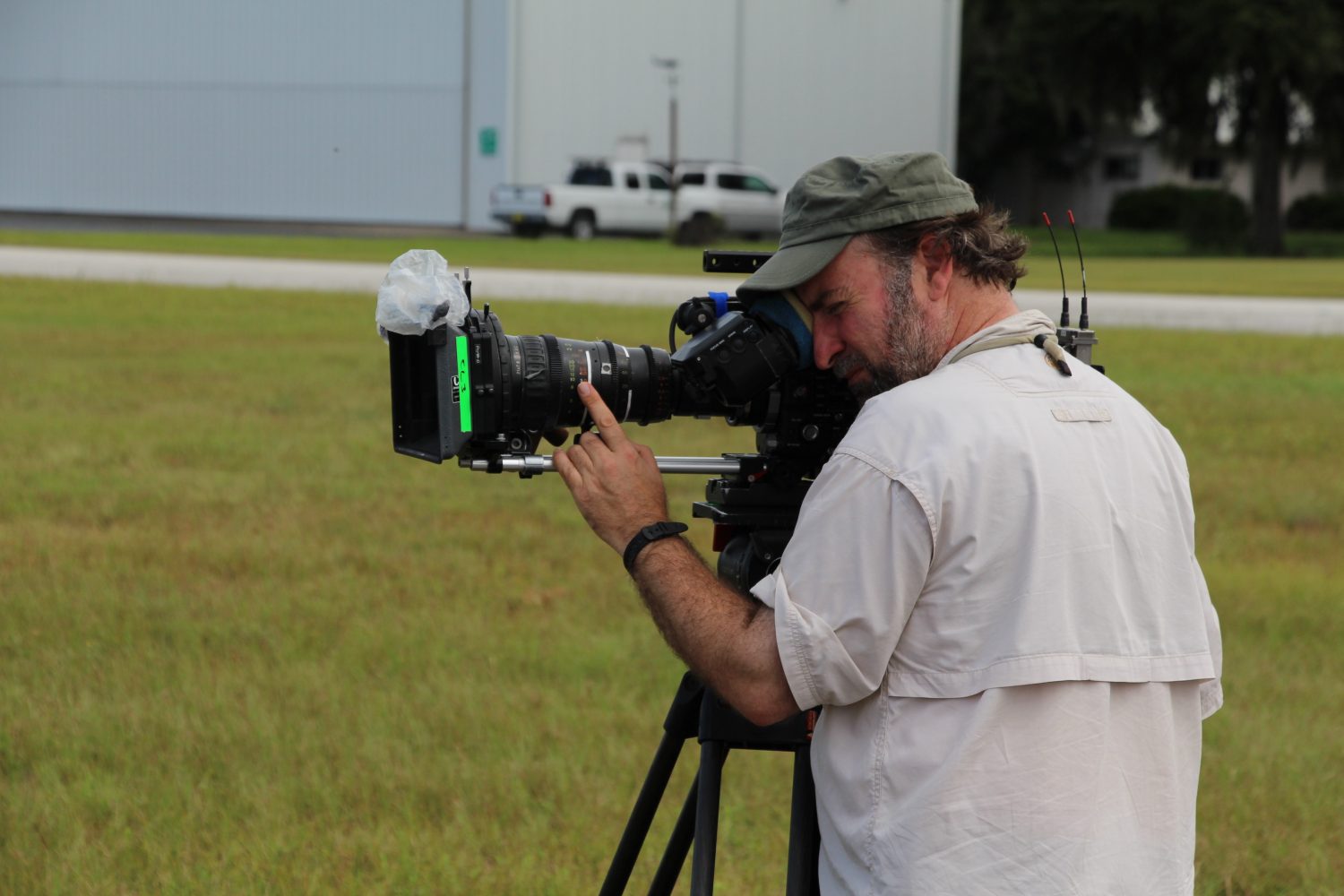 Lawrence Gardner, a cameraman for BBC, captures footage of the blimp being prepared for takeoff.

Keran is a reporter who can be contacted by calling 352-392-6397 or emailing news@wuft.org.
Previous Gainesville’s Main Street Light Poles Will Soon Meet State Standards
Next Sept. 25, 2013: Morning News in 90