The Martin Luther King Jr. Commission of Florida sponsored a commemorative event Wednesday night to honor the 50th Anniversary of the March on Washington.

About 50 people gathered at the Martin Luther King Jr. Memorial Gardens to both pay homage to the historic event and discuss its cultural relevance today.

“The March — 50 Years Later” was the theme of the commemoration, which reinforced the ideals of King’s “I Have a Dream” speech, a dream some believe has not yet come to fruition.

He said these issues are actually quite similar to those in 1963 when King fought for equality through non-violent, direct action. But he said they are even worse today.

University of Florida student and President of UF Dream Defenders Nailah Summers spoke at the ceremony, enticing the crowd to chant along, “We have a duty to fight!”

Summers became a part of the Dream Defenders after Trayvon Martin was killed.

“There is not enough value on a black life in America, especially in the state of Florida,” she said. “Florida is a hub for Southern tradition and racial profiling.”

Griner said America has “given the Negro a bad check.” He said there is no better time than now to rise up for justice.

Long acknowledged the efforts of current organizations, and said they continue to fight “for jobs, freedom and equality for the Negro America.”

“The Dream Defenders are still out there marching for justice,” Long said, “the same things King once marched for.”

Retired elementary school teacher DeBorah McCray attended the event after being inspired by President Obama’s speech made earlier in the day in Washington, D.C. She said she hoped American youth are inspired to take action as well.

More than 250,000 people attended the 1963 march, then the largest demonstration to date in the nation’s capital. It was also one of the first to receive extensive national media coverage. 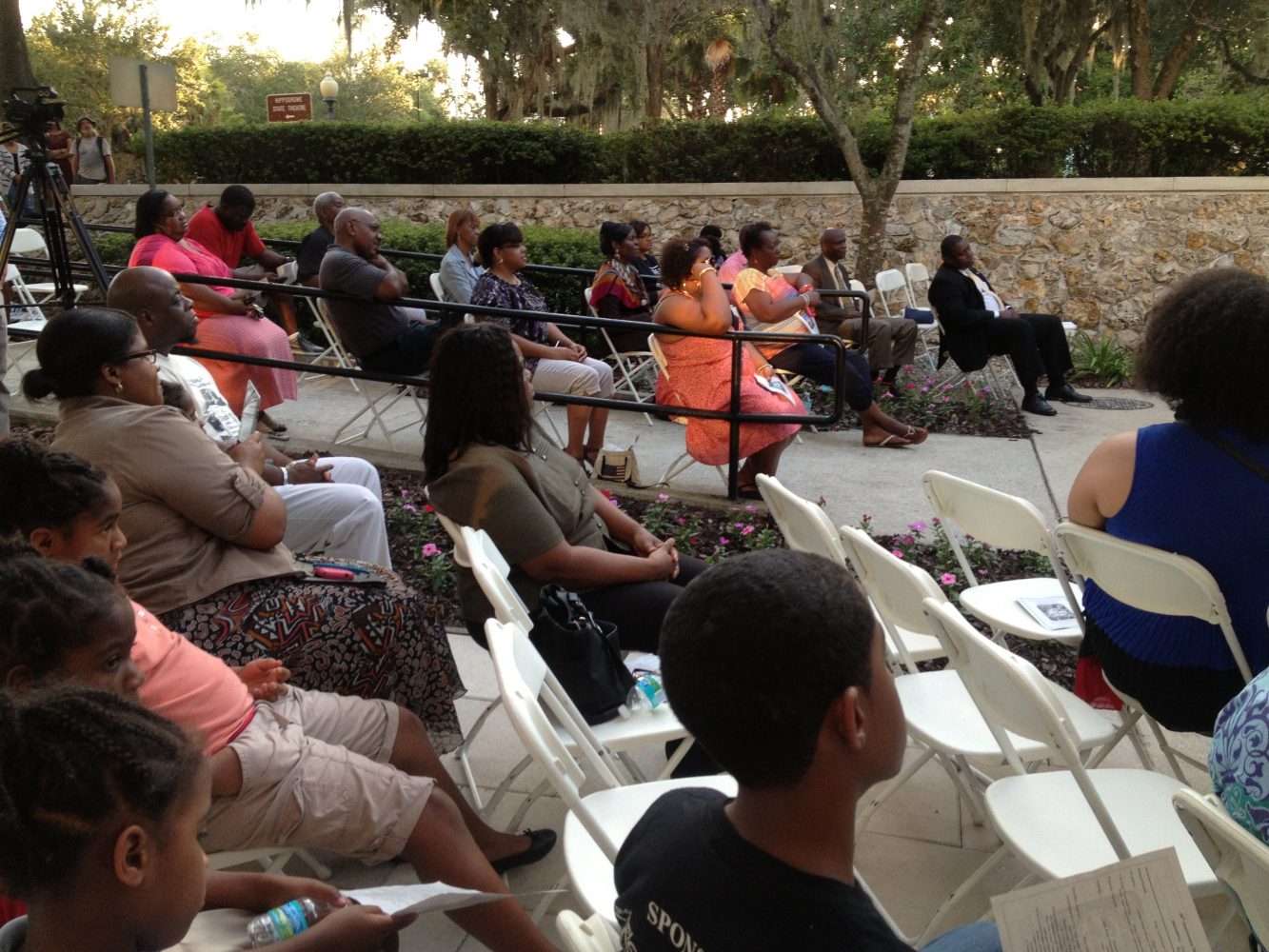 About 50 people attended the ceremony held at the Martin Luther King Jr. Memorial Gardens. August 28th marked the 50-year anniversary of the March on Washington, the day King gave his historic “I Have A Dream” speech.

A picture of Dr. King adorned the podium as speakers like Nailah Summers addressed the audience about some of the same issues King spoke of in his famous speech on August 28, 1963.

The King Celebration Community Choir kicked off the ceremony with a musical prelude at the March on Washington 50th Anniversary Commemorative Program in Gainesville.

The M&M Praise Dancers gave a performance at the March on Washington 50th Anniversary Commemorative Program on August 28th. Their dance piece was called, “Commemorating the March Through Praise and Worship.”