UF Health/Shands Hospital has agreed to pay $26,000,000 to resolve allegations made under the False Claims Act that billing processes at the Shands network of hospitals resulted in overpayments by Medicare and Medicaid.

The settlement results from a whistleblower lawsuit filed in the Middle District of Florida in 2008, and was just made public this week. The whistleblower had been hired as an independent consultant by Shands in 2006 and 2007 to conduct a routine audit of billing practices. The audit showed inconsistent billing processes in 2006 and 2007. For some patients, Shands may have billed Medicare and Medicaid for short overnight inpatient admissions rather than for less expensive outpatient or observation services. In each case of alleged overbillings, the patient received all services ordered.

“We hold ourselves accountable for the highest standards of care and service. The case in question does not involve the failure to provide high-quality patient care, but rather inconsistent billing processes,” said Timothy M. Goldfarb, CEO of Shands HealthCare in Gainesville. “We proactively initiated an independent audit that identified some opportunities to improve billing processes at Shands. We took immediate steps to make improvements.”

Shands officials fully cooperated with the state and federal investigation and negotiated the settlement agreement announced Monday to avoid long and costly litigation. While there has been no admission of liability, Shands HealthCare hospitals in Gainesville and Jacksonville will pay a total of approximately $26,000,000 plus interest: $25.2 million to the United States under the Medicare program and $829,600 to the State of Florida under its Medicaid program. 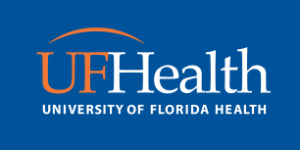 Changes made to Shands’ processes and procedures have included:
• Improvements to case management protocols and utilization review processes with an improved team approach to accurately assess and code the care provided
• The use of improved software
• Implementation of new policies and procedures
• Supplemental employee training
• The engagement of expert physician advisors who help assess coding and are on staff 24/7

“As a responsible corporate citizen, our intent and practice has always been to comply with government regulations. We have conscientiously worked to create and operate an appropriate, fair and accurate billing system for all payers,” Goldfarb added. “There was no intentional misconduct or callous disregard of these issues on our part.”

Forrest is a radio news manager for WUFT News. Reach him by emailing news@wuft.org or calling 352-392-6397.
Previous ‘Blackfish’ Documentary Tries To Show SeaWorld’s Dark Underbelly
Next UF Graduate Assistants To Get More Money