Amanda Smith is weeks away from graduating from the University of Florida’s Levin College of Law. She is one of the lucky ones.

Smith, unlike more than half of her class, has a job waiting for her after graduation in Bradenton, her hometown. More, she’s currently debt-free.

It’s not exactly the position she wants to start in, but right now, she said, “You take what you can get.”

The 24-year-old also completed her undergraduate degree at UF and said she was a lot more pessimistic going into law school three years ago when the job market was much worse. She said many of her peers decided to attend law school simply because they couldn’t find work.

Smith feels the market is getting better, but said it was very challenging finding a job. She wasn’t offered any position with the firm she interned with last summer and after sending out 40 resumes, she received five interviews and one offer.

It’s not a new concern or even a surprise that law school graduates are having trouble finding work. But while the national number of law school applicants finally began to decline this year, the 2012 graduating class of law students is still seeing high unemployment and underemployment rates months after graduation.

The American Bar Association recently released its employment summary and job placement statistics for the class of 2012, providing a detailed snapshot of where law school graduates are finding – or not finding jobs – after graduation. The data was collected nine months after graduation and breaks down the numbers of every accredited law school in the U.S.

Ten of the major law schools* in the state of Florida graduated 3,045 total students last year. About 39 percent of those graduates are employed in jobs that do not require law degrees or passage of the bar exam, are unemployed or are currently pursuing another degree. 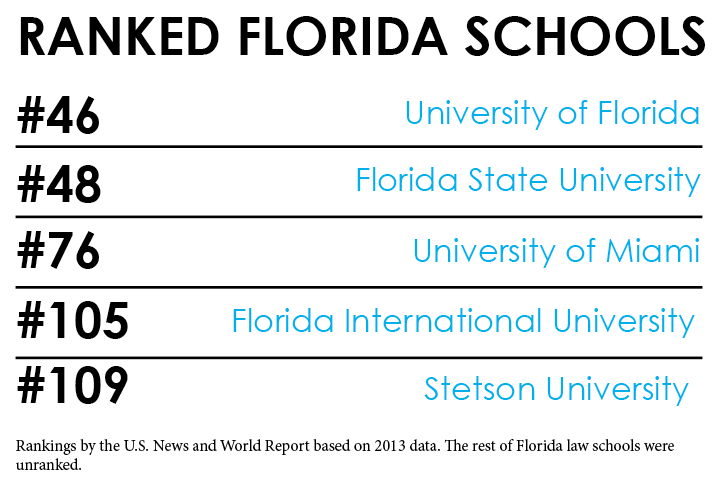 According to Law School Transparency, only 56.2 percent of law school graduates employed in full-time long-term positions that require a law degree and bar passage nine months after graduation. For Florida law school grads that number is even lower at 52.7 percent.

There are a few categories of positions that do not require a law degree:

Here is how the 2012 class from all ten accredited Florida law schools is employed: 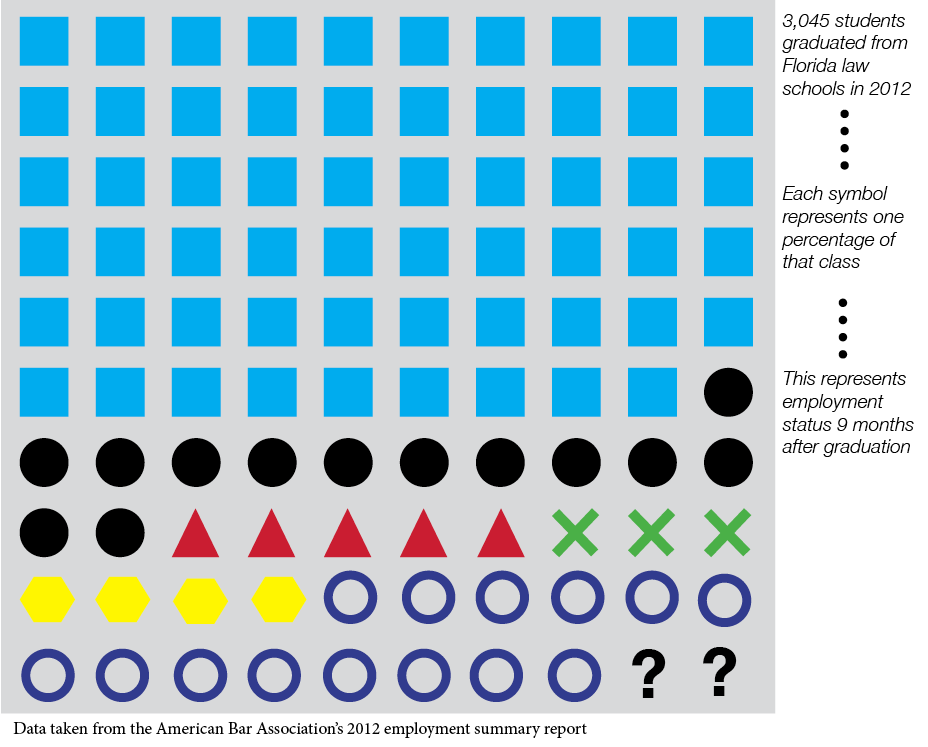 Although post-graduation employment statistics can be much worse for those who only have an undergraduate degree, one of the most troubling concerns about law school is its cost. Many of the schools with the highest unemployment rates are those that cost the most per year.

Four out of the five schools with the highest unemployment rates are private schools meaning a law degree financed by loans would leave you more than $100,000 in debt, not including cost of living during those three years.

Here is a list of all Florida law schools in order of lowest unemployment rate to highest along with their cost of tuition per year: 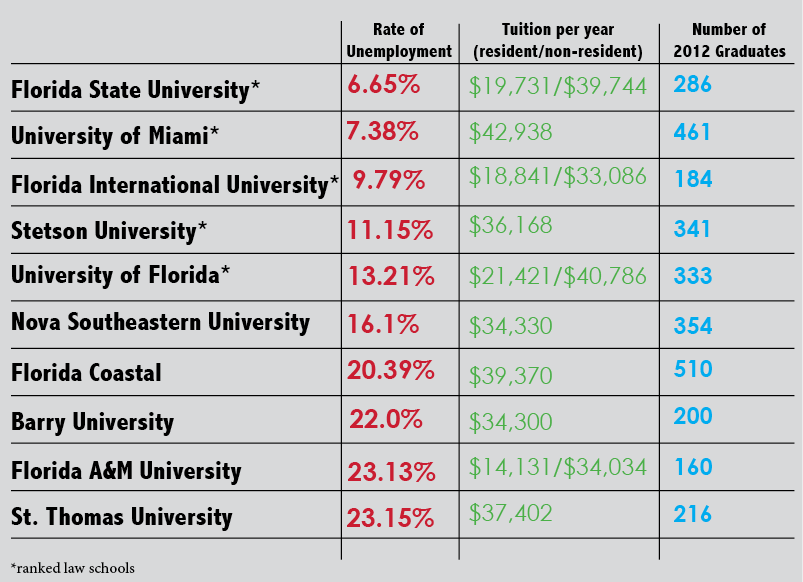 *There are a total of 12 accredited law schools in Florida. However, data from two were not used in this article. Data from the Thomas M. Cooley Law School’s satellite campus in Naples was not used because the vast majority of graduates find employment in Michigan where the main campus is located. Data from the Ave Maria School of Law was also not used because it received its accreditation less than 10 years ago.

Jessica is a reporter who can be contacted by calling 352-392-6397 or emailing news@wuft.org.
Previous Gainesville man arrested for shoplifting, IED possession
Next Language a gateway to growing in Haiti