“It’s an opportunity for people to bring in exotic animals they no longer want or can no longer care for,” Johnson said.

On Tuesday, five animals were donated: a gopher snake, a red tail boa, a bearded dragon, a turtle and a prairie dog.

Johnson said the event was not advertised to the entire Gainesville community because the department wanted to make sure it could handle the number of animals that came in and that the event was a success.

“I’m happy with it,” Johnson said.  “In addition to the animals that have come in we, I think, are doing a good job of educating students and educating the public about the issues with non-native animals in Florida.”

He said donated animals will be placed with approved, adoptive parents.

Missy is a reporter who can be contacted by calling 352-392-6397 or emailing news@wuft.org.
Previous April 16, 2013: Afternoon News In 90
Next Gainesville runners in Boston reflect on marathon bombings 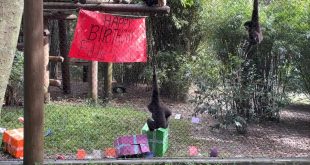 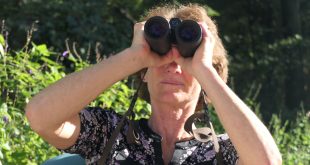