Four Gainesville runners successfully completed the Boston Marathon prior to the bombings that killed three and injured more than 170 Monday. Former UF runners Jeremy Criscione and Matt Hensley, as well as Hensley’s sister-in-law Mariel and local runner Michelle Adams spoke with WUFT about their experiences in Boston. 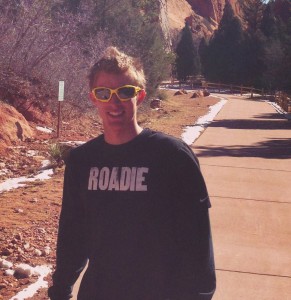 Shortly after his sister-in-law Mariel finished running the Boston Marathon, Hensley and others gathered in a Boston apartment about a half mile from the finishline to share race stories and celebrate. Hensely and his family members have been running in the marathon for years.

“Two of my brothers had (personal records), and my sister-in-law ran really close to a (personal record). We were happy for them until the second we turned the TV on, and that’s all gone now,” said Hensley, who also ran in the marathon. “It doesn’t matter anymore.”

After seeing footage on TV of the twin bombings, Hensley began texting his 30-plus friends who were also in Boston for the race. Everyone was OK, he said Monday.

Hensley said he was heartbroken.

“It’s a great event, and a lot of the spectators were over there,” he said. “It obviously hurts really bad for something so special that’s been around for so long. The event is just put on so well, and they do a great job with security.”

The spectators have always been a great part of the experience, making what happened more painful for Hensley, he said.

“The people in Boston are amazing,” he said. “They come out here and cheer us on regardless of weather. Last year was 88 to 90 degrees at some points and some years it’s cold, and they still come out. It hurts bad.”

Hensely is not sure what races he will do in the future, but he said he will continue to run marathons.

“If you love something, you’re passionate about it, you’re going to do it,” he said. “The race is just as special to me regardless what some sick person wants to do.”

Hensely said his thoughts, prayers and heart go out to friends, family and spectators who were in the area at the time of the bombings.

“Whatever we can do to help them out as Gators I think would be great,” he said. “Anything I can do I’m going to be at the front of it.” 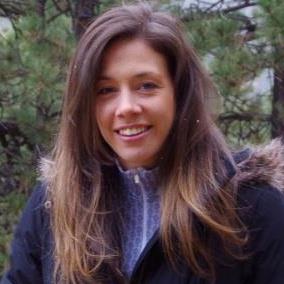 Mariel was on the phone with her father-in-law telling him all about the “really great race” she finished 45 minutes earlier when she learned of the bombings on TV.

“When we first turned on the news we went out into the street really quick, and we could definitely see people running,” she said Monday. “And we just checked again and you can see people are in their cars driving fast basically trying to get out of town, which from what we hear will be difficult because I know a lot of the bridges have been shut down.”

She did not hear the explosions from the rented apartment, which was about four blocks southeast from where the bombs went off, she said.

“It’s supposed to be about something really positive and all of these people here celebrating something and something so horrific happens,” she said.

Mariel said she knew of other runners from Gainesville at the marathon, and all of them were safe.

This was Mariel’s first time running a marathon and she said it won’t be her last.

“It’s sad to say that such a positive day for so may people is going to be overshadowed by  ‘where were you when this happened?'” she said. “I unfortunately don’t think it’s necessary (to be scared of running another marathon) because it could happen anywhere, and it’s unfortuante that it happened here at this time.”

Mariel said she is curious to know who was behind the act and the motive.

“We keep talking who did this or why,” she said. “I think it will be very interesting to see how this all plays out in the news and what they will discover.”

Criscione had finished the race and was on the way to the airport when he learned of an explosion from a dispatcher on the public address system. It was not until he arrived at the airport that he became aware of the bombings.

“We’d gotten out of the area — my wife and I — 5 minutes before everything happened,” he said. “When I got to the airport, that’s when I really found out about everything.”

Criscione said he was in shock. This was his second marathon.

“Toward the end of a marathon, you’re not really capable of much,” he said. “I can imagine people that were finishing right at that time or even just after trying to get out of there and just find people. It must’ve been crazy.”

Criscione said the most important thing to him was trying to contact his wife, family and friends.

Criscione compared the Boston Marathon to the World Series or the NBA Finals.

“The crowd’s lining the course almost the entire way. You go by points where it’s hard to normally hear yourself breathe because it’s so loud,” he said. “It’s just an amazing event. It’s tragic that something like this happens, and it just takes away from everything.”

Criscione said he thinks the Boston Marathon will eventually “get back to where it usually is” as far as participation.

“Obviously, I’m sure they’re going to have tightened security and a different approach to who they let around the course,” he said. “I’m sure there’ll be more police personnel, dogs and screening just to make sure something like that never happens again.” 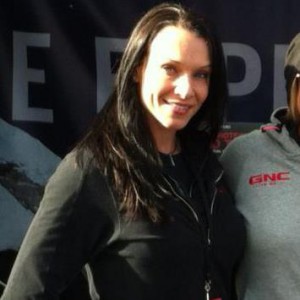 Michelle Adams turned on the news from her hotel room in Copley Square to footage of the insanity just outside her hotel, which was serving as the marathon headquarters.

“I thought that it was a movie because I had just come through that area and that’s not at all what it looked like,” Adams said.

Adams, who was in town to run in the marathon, said the day of the marathon had started perfectly with people smiling and happy, but by the end of the day Boston was a ghost town.

“It was just kind of surreal,” Adams said. “Everybody was very sober. Nobody really wanted to look at anybody.”

At the airport, Adams and other marathon runners, wearing their Boston Marathon gear, shared their experiences with each other.

“One of the women standing next to me actually, barely missed the first explosion,” Adams said. “When someone tells you that, what do you say?”

Adams said homeland security and the police were taking extra measures to check bags and ask people if they had seen anything or had any videos or pictures that could help the case.

Adams said she feels a strong connection to Boston and other people who experienced the bomb.

“It’s really comforting that everybody is just kind of coming together (in an amazing fashion), and just seeing people being very emotional and people you don’t even know just wanting to come and give you a hug,” Adams said.” That’s the spirit of the marathon and the spirit of Boston.”

Adams is running in the Pittsburg marathon in three weeks, and sheplans on running in next year’s Boston marathon.

“If this is an act of terrorism, what they are trying to do is scare us,” Adams said. “They would be winning if we didn’t run the race.”