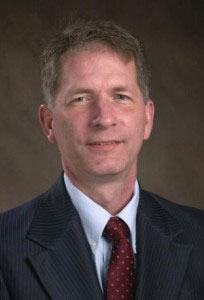 These are the three pillars that Gainesville Mayor Craig Lowe has built his reelection campaign with as voters prepare to enter the polls March 19.

Lowe was elected mayor in a close 2010 race. The 55-year-old Democrat previously served as a city commissioner.

During his first term as mayor, the city became more attractive for new businesses and branches, spurring new jobs and economic growth, the mayor said in an interview. He thinks his opponents would turn from that progress.

“It would not be in the character of our city to take away those basic attributes,” Lowe said. “There is no time to turn back now and retreat on any of those aspects.”

He spoke of the city’s economic growth in his January State of the City address. He used Silver Airlines’ move to Gainesville Regional Airport as an example, saying the airline brought 100 new jobs with average yearly salaries of more than $50,000.

With another term, the mayor said he’ll continue improving quality through environmental protection, public safety and the encouragement of the local arts.

Lowe, the city’s first openly gay mayor, also said he wants to ensure equal opportunity for people to contribute to the city, regardless of race, gender, sexual orientation, ethnicity or nationality.

The strong sense of community, beautiful natural environment and vibrant cultural scene are all part of Gainesville’s character, Lowe said.

He said his greatest accomplishment as mayor has been bringing the city to the world stage.

In February, Gainesville finalized a partnership with Rzeszow, Poland, as sister cities that will share information and aid each other.

Lowe, who called the church a “small group on the edge of town,” thinks the city has overcome the church’s negative international attention.

“We had the opportunity there to actually assert Gainesville’s true character to the world in the face of this challenge,” he said. “We did so successfully.”

During this campaign, Lowe has led the other candidates in fundraising, raising $25,205 and spending $20,408, according to the Alachua County Supervisor of Elections.

During the election, Lowe’s five opponents have criticized his programs’ costs and overall direction.

Braddy, a former city commissioner, criticizes what he calls the mayor’s “expensive vision” and “poor leadership” in a Sun opinion column.

He wrote the biomass plant under construction is costly, and the accompanying contract may recklessly raise energy rates.

The mayor said his projects are worthwhile for improving Gainesville’s well-being, which would be his central pursuit if reelected.

Wade is a reporter for WUFT News who may be contacted by calling 352-392-6397 or emailing news @wuft.org
Previous Tax proposal on guns, ammunitions for mental health treatment
Next Profile: Pete Lars Johnson