Josh Green’s typical Saturday night is different from most 26-year-olds.

By 11 p.m. he has a face full of makeup, and by midnight he is fishing out crumpled dollar bills from his bodice.

Jolie is representing her hometown of Gainesville as one of the 11 finalists left in the fifth season of RuPaul’s Drag Race, a reality competition program on the Logo network that is described as a fusion of Project Runway and America’s Next Top Model. Fourteen queens compete for the title of “America’s Next Drag Superstar” and $100,000.

“I’ve always had an appreciation for women,” Jolie said. “I think they’re beautiful.”

The ex-pharmacy technician’s bubbly and exuberant stage presence is a reflection of the things she loves in women.

Five women in particular inspired Jolie to experiment with drag – the Spice Girls.

As an adolescent Jolie idolized British girl group. She identified with all five members, always finding them “fabulous.”

Jolie’s style is as vibrant as her personality.

“My drag style is super crazy – if you take Lisa Frank and kinda threw it in an S & M club.”

Though she can sew, she can make an outfit out of anything using hot glue and safety pins, Jolie said.

Jolie started her drag career at the University Club, Gainesville’s only gay nightclub.

“It’s kind of like a tight-knit family,” Jolie said. “The owner there definitely just took me in and has been wonderful to me.”

Jolie started the drag amateur show at the nightclub, giving an opportunity for inexperienced queens to perform and improve. She no longer hosts the event, but says it’s better than ever.

“I support all the new queens; you give them a wig and some duct tape,” she said. “They’re all going to be fabulous in two years, I’m sure.”

Many Thursday and Saturday nights Jolie can be found at the University Club lip syncing and dancing for rowdy crowds.

In that crowd is Lisha Yang, a 19-year-old University of Florida biology major, who was a fan of Jolie before the queen appeared on RuPaul’s Drag Race. She saw Jolie perform at the University Club in 2011 and was awestruck at her stage presence.

“She was so awesome and fierce doing flips and other highly mobile and nimble things on high heels,” Yang said.

Yang is a fan of RuPaul’s Drag Race, and says she is rooting for Jade. “I see her, and I think, ‘I actually know this person,’” Yang said. “She isn’t just a random person on TV.”

Another fan of the show, Nicholas Cavallaro, hopes that Jade will showcase Gainesville drag talent.

The 20-year-old chemical engineering major has been watching the show for two years.

“When I found out she was going to be on season five of Drag Race, I screamed,” Cavallaro said. “Ever since I started watching Drag Race I knew Jade had what it takes to be on the show.”

Last year when she auditioned for the fourth season she reached the top 20 but fell short of making it to the finals. She said the experience put some extra pep in her step and made her work harder to make it onto season five.

Jolie auditioned for the show for the national recognition she hoped it would bring her. Less than a year ago, hardly anyone knew who she was, Jolie said.

Now more people recognize her and come see her perform.

ever imagine that drag would be so mainstream, so hip, now,” she said.

Some lesbian, gay, bisexual and transgender youth, like Yang and Cavallaro, look to Jolie to represent the Gainesville LGBT community in a positive light.

Though she admits that she isn’t a perfect person, Jolie welcomes the opportunity to be a role model.

“I’ve made plenty of mistakes in my past, but I do my best, especially now given the opportunities I’ve been given,” she said. “I definitely want to be my best – if I haven’t been, I would like to be.” 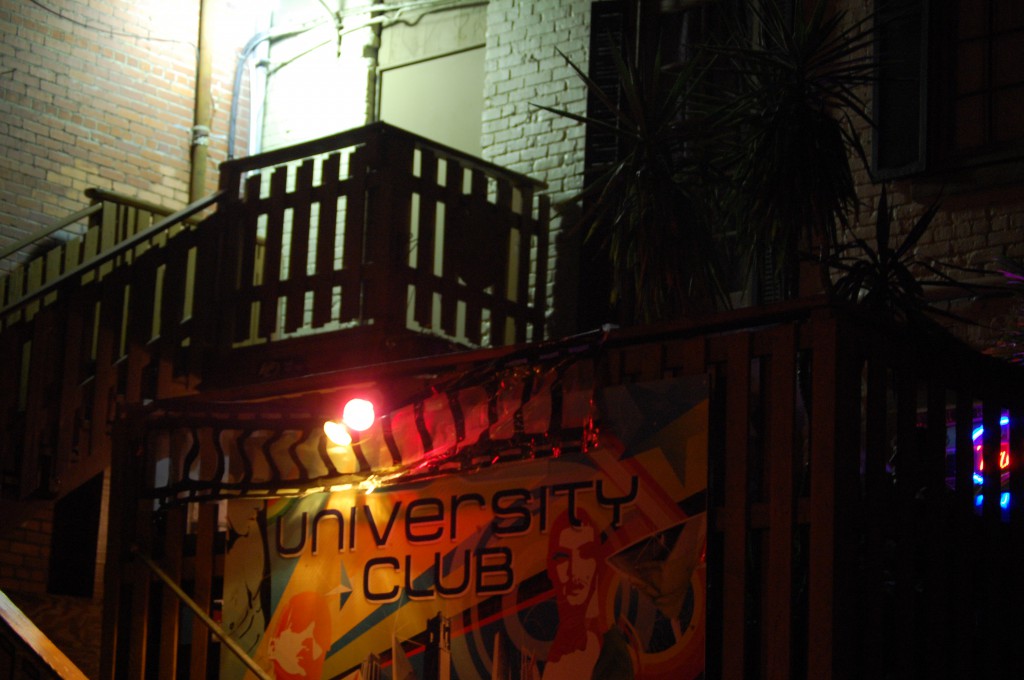 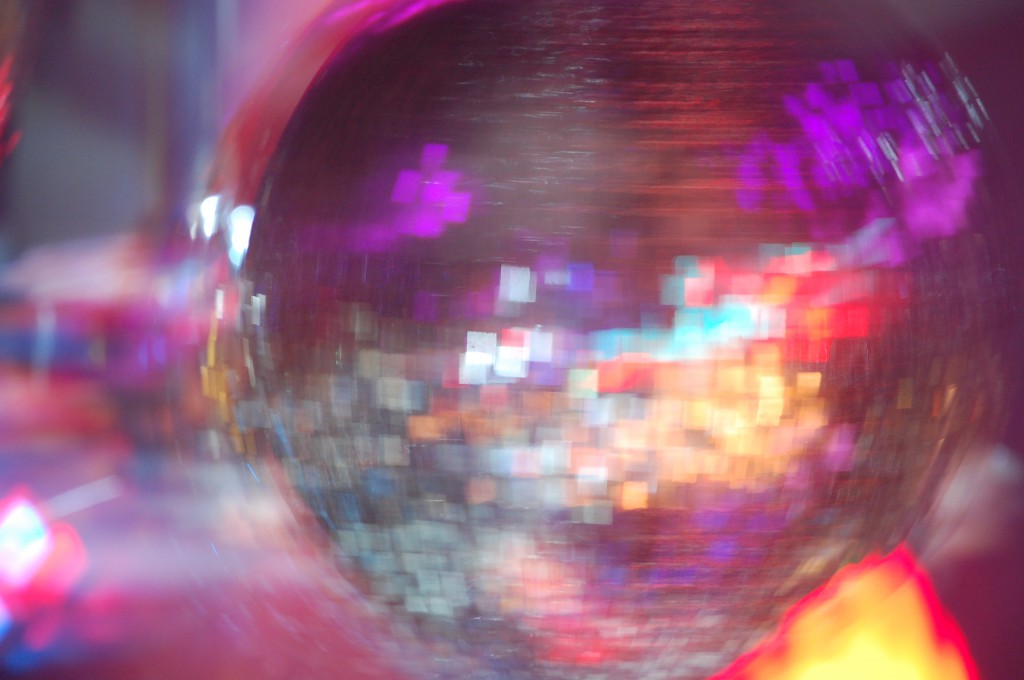 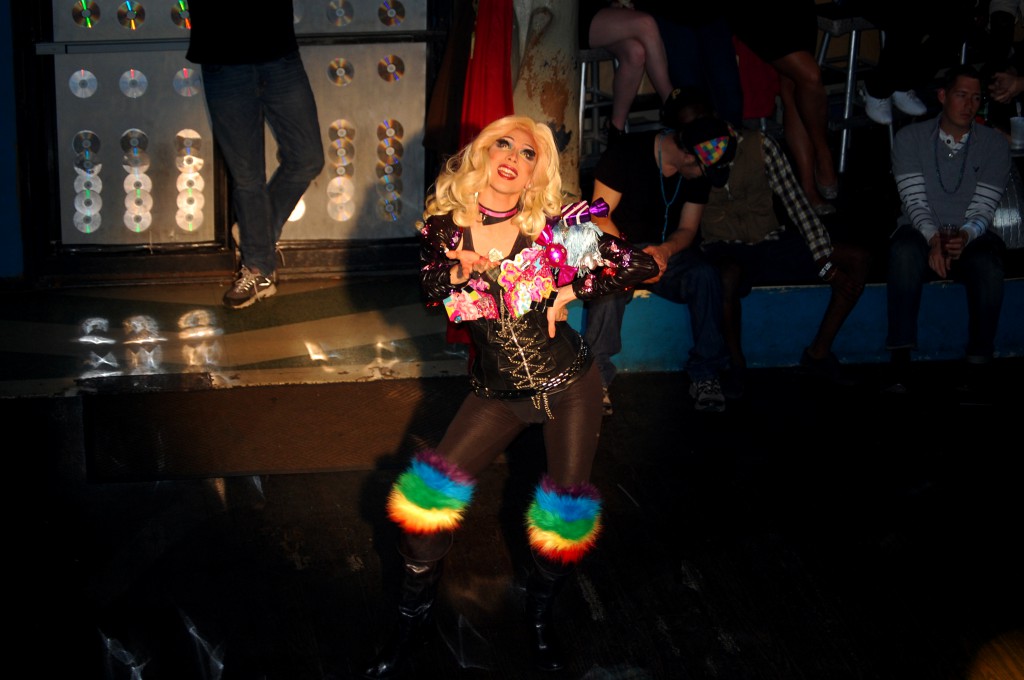 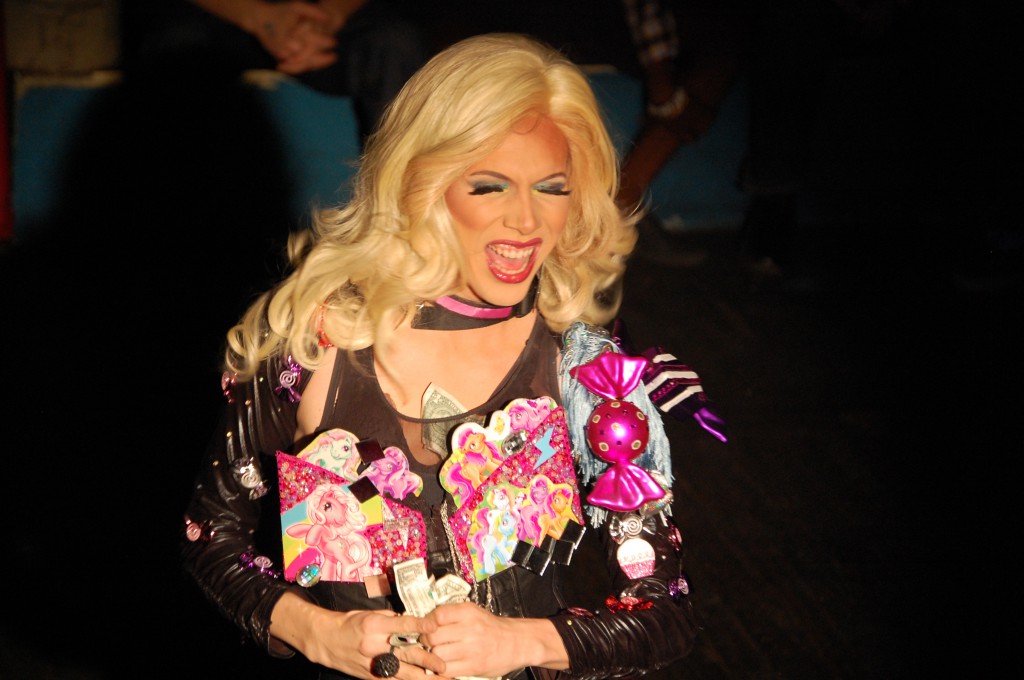 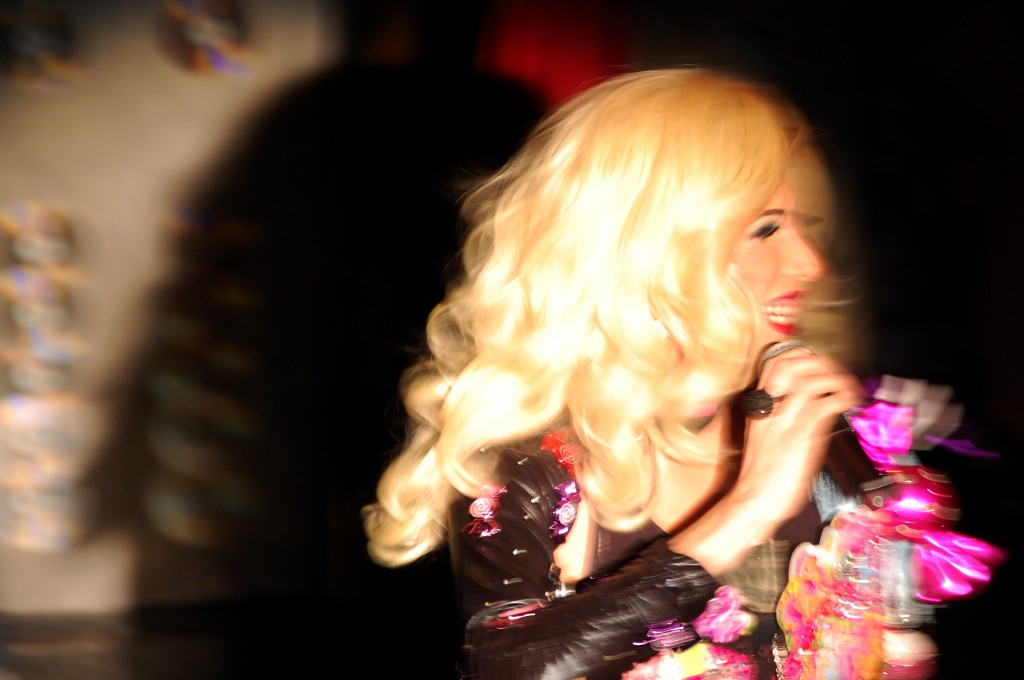 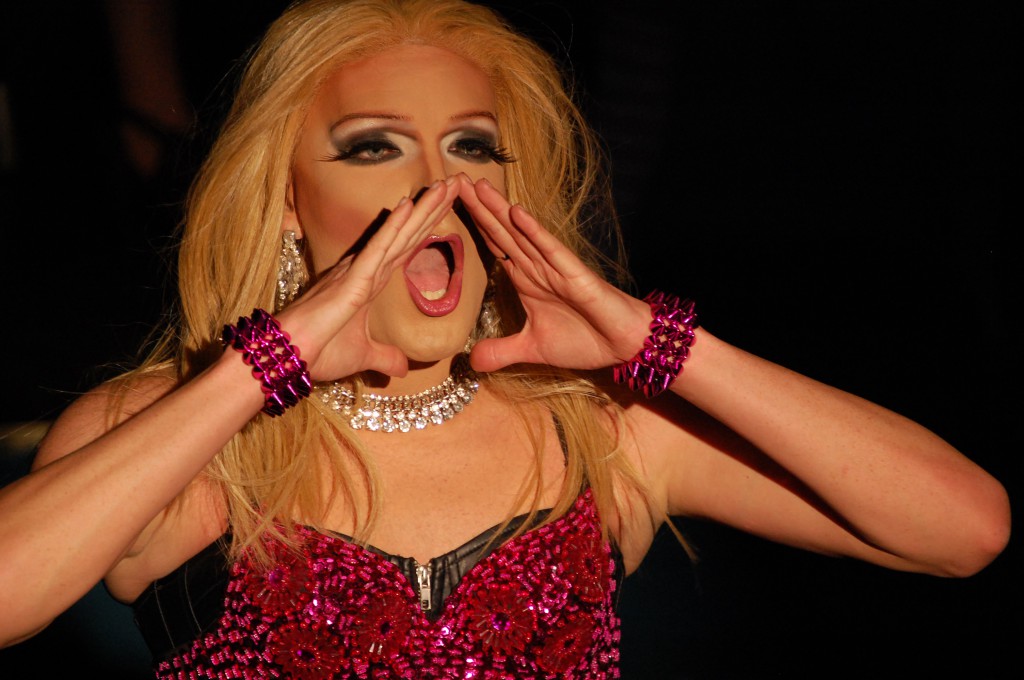 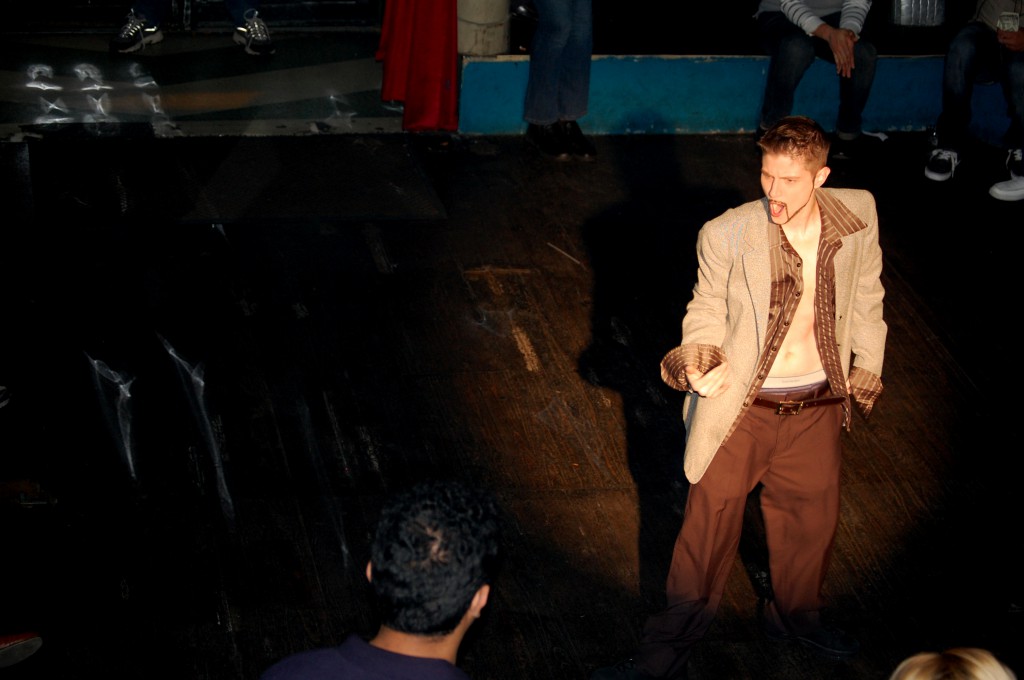 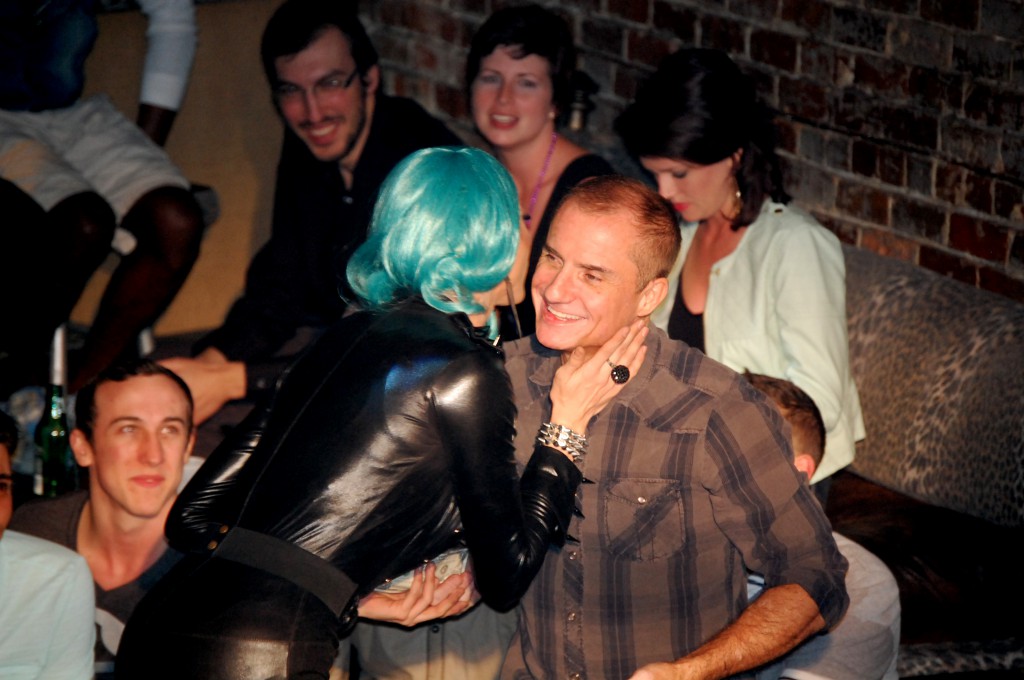 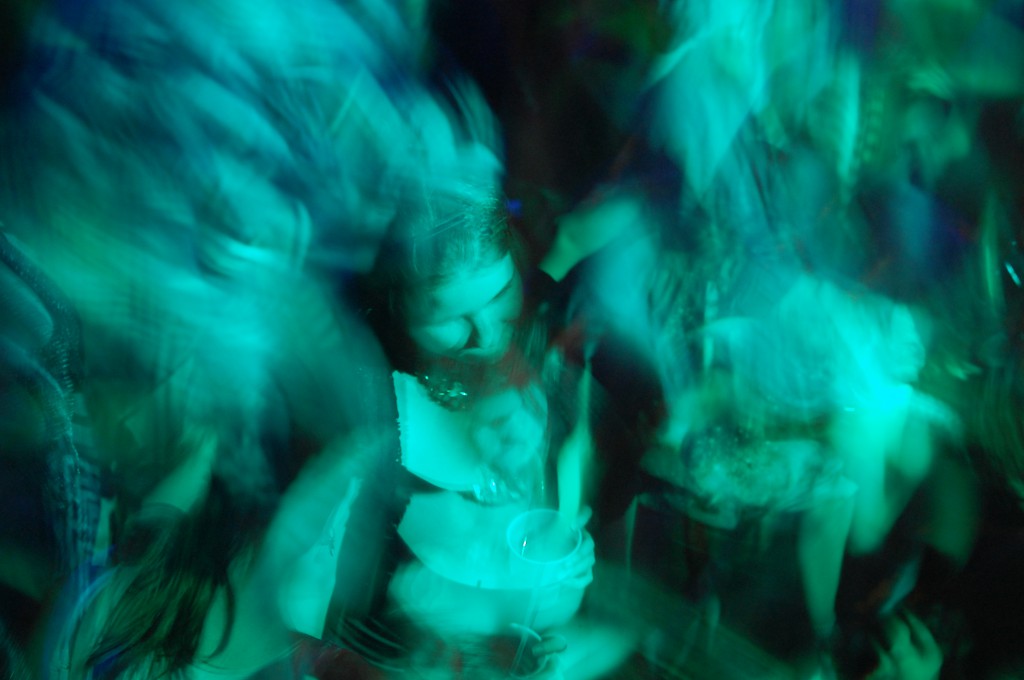 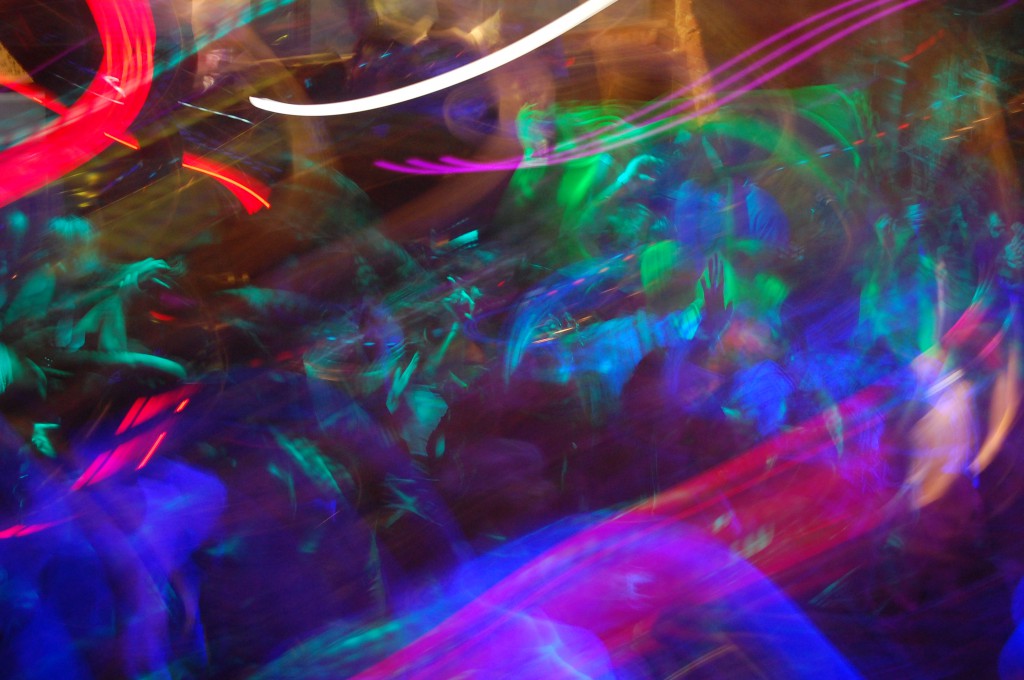 Emily is a reporter who can be contacted by calling 352-392-6397 or emailing news@wuft.org.
Previous Local Life: ‘Living Proud’ Bruce Blackwell and Brandy Wight still celebrate Valentine’s Day after 47 years
Next Feb. 15, 2013: Morning News In 90