While homes in other parts of the country are being foreclosed at a slower rate than last year, and fewer properties repossessed by lenders, Florida seems to be bucking that trend, according to new data.

A new report from foreclosure listing firm RealtyTrac Inc., shows Florida had the highest state foreclosure rate in the U.S. for the second consecutive month. One in every 312 Florida homes filed for foreclosure last month, which is twice the U.S. average.

Florida’s foreclosure filings increased 2 percent to 28,783 in October compared to September. However, October’s total was 13 percent below the October 2011 total.

Home sales are higher than in 2011, lifting home prices in many parts of the U.S., which can help homeowners lower monthly payments through refinancing. Stronger job growth across the country has also helped some homeowners avoid foreclosure. In many places, federal and state lawmakers have made efforts to slow down foreclosure rates or make loan modification for homeowners more likely.

Another factor for the slowdown in foreclosure activity may be a shrinking body of risky home loans made before 2008. Loans issued since then, after banks tightened lending standards, are more likely to be paid back.

Associated Press contributed to this report.

Kelly is a reporter who can be contacted by calling 352-392-6397 or emailing news@wuft.org.
Previous Jobless rate drops to 8.5 percent, lowest in four years
Next Florida Democratic Party chair not seeking re-election 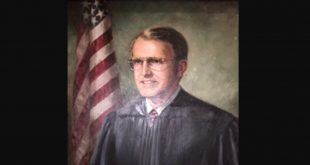 DeSantis Signs $100B Florida Budget After Vetoing $1.5B

Even with the vetoes, the budget is nearly $8 billion above the current state spending plan. The budget year starts July 1.