A new white-handed baby gibbon was born at 8:45 a.m. on Oct. 23, according to a press release from Santa Fe College.

According to the release, the baby ape is currently unnamed and its gender is unknown. Zookeepers will not be able to touch the new baby for about a year.

“Mom is doing a great job of taking care of the baby, and there is no need for us to interfere with that,” said Teaching Zoo Director Jonathan Miot.

According to the press release, zoo operations will continue as normal with the exception of visitors not being allowed to get too close to the Gibbon exhibit.

There will be some changes Oct. 31, and the teaching zoo wants to assure visitors that it’s no Halloween trick.

The zoo will be closed during the annual Boo at the Zoo event out of respect for the new baby’s well being.

According to the zoo’s website, the event attracts about 6,000 young, costume-wearing guests every year. Zookeepers believe such a large amount of guests could disturb the gibbons’ routine.

This doesn’t mean the Halloween fun is over, as the Boo at the Zoo trick-or-treating event will still continue. Visitors will be able to receive candy from zookeepers dressed as video game heroes, Harry Potter characters and classic monsters in the clearing in front of the zoo, according to the zoo’s website.

To make up for the zoo being closed, guests will be able to watch a live-streamed video feed of the gibbon exhibit by the zoo’s entrance. Guests will also receive complimentary tickets to visit the zoo during normal operating hours any day before Nov. 30. This way, they can go to visit the gibbons themselves.

“Boo at the Zoo is important to us and to the community, and it’s important to the food banks that depend on it,” Miot said.  He added that he hopes the public understands how important it is to protect the welfare of the new baby gibbon.

According to the press release, this new baby is the second offspring of Cajun and Eddie, the resident gibbon couple. Cajun, the mother, had given birth to a baby named Dulu in July 2010. Dulu and the new baby account for 25 percent of gibbons born in the U.S. at Association of Zoos and Aquariums accredited zoos in the past 3 years.

Wild gibbons are found in Indonesia, Malaysia, Myanmar, Thailand and Southern China, according to the press release. They are endangered in the wild. 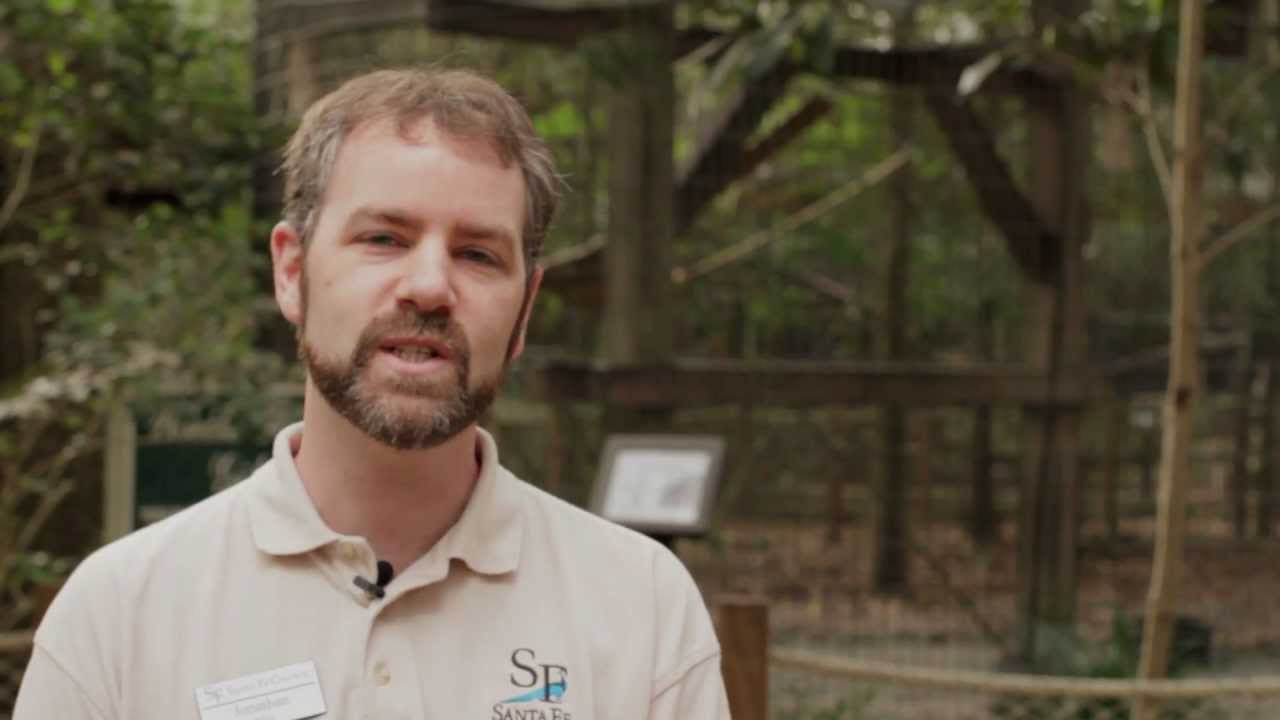 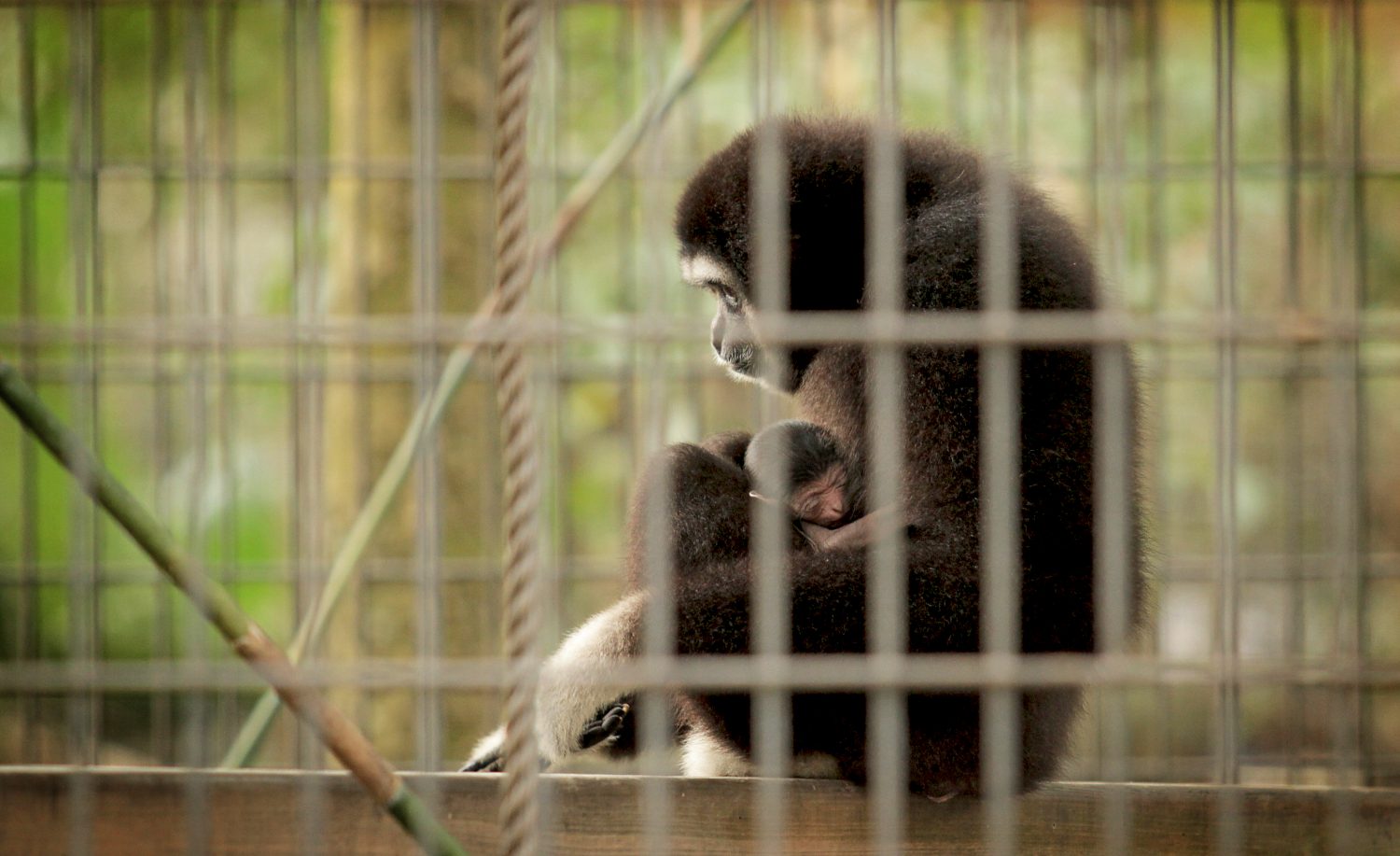 An adult gibbon holds the new gibbon baby. The Santa Fe College Teaching Zoo will be altering its Boo at the Zoo Halloween event to accommodate the new baby. 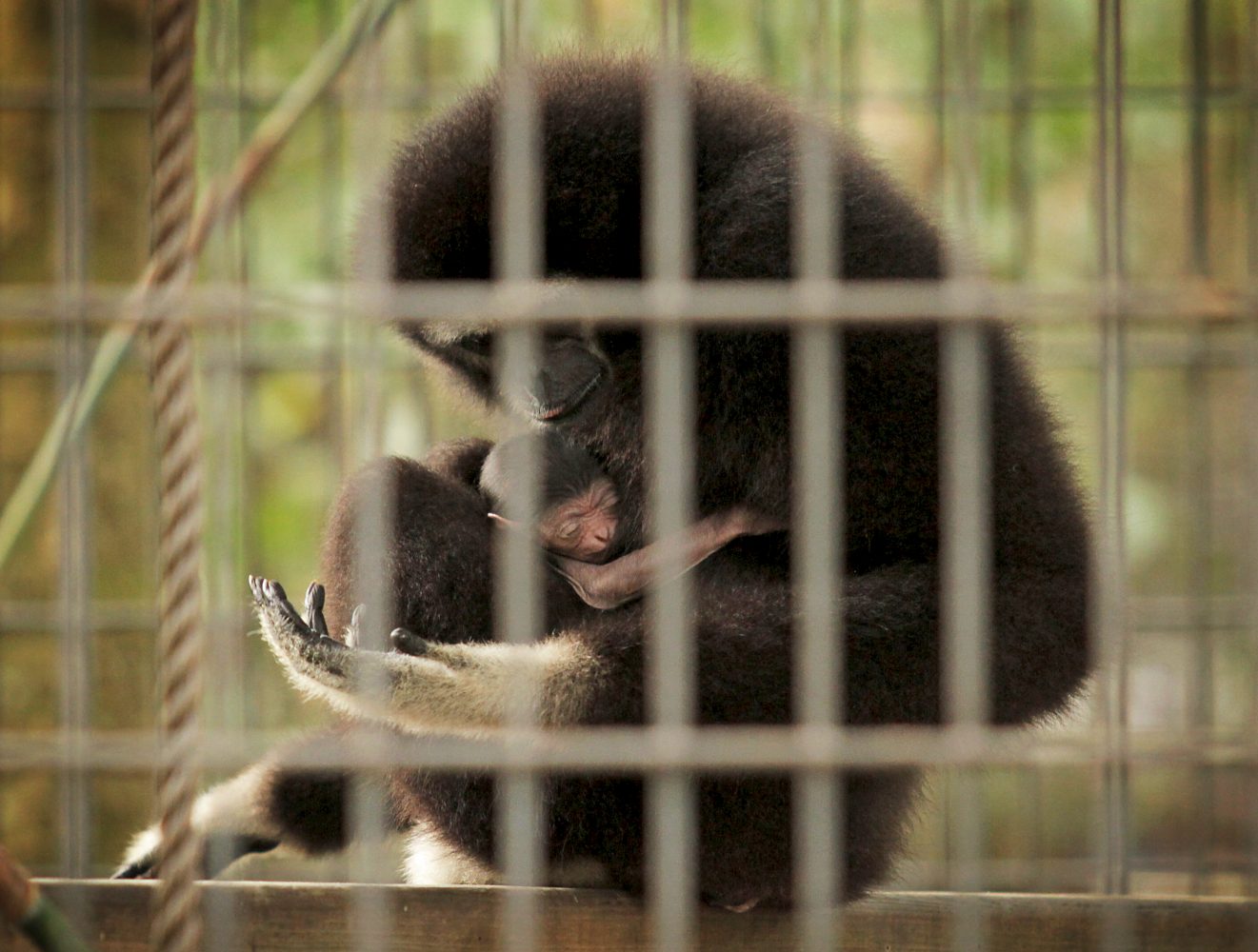 An adult gibbon holds the newest addition to the Santa Fe College Teaching Zoo. Zookeepers do not currently know the gender of the new baby, and probably won’t know for about a year.

Paige is a reporter for WUFT News who may be contacted by calling 352-392-6397 or emailing news @wuft.org
Previous Biden event Wednesday causes road, park closures in Ocala
Next Latest On Sandy: Death Toll, Damages Rise As Superstorm Heads North