By Forrest Smith and Michal Higdon 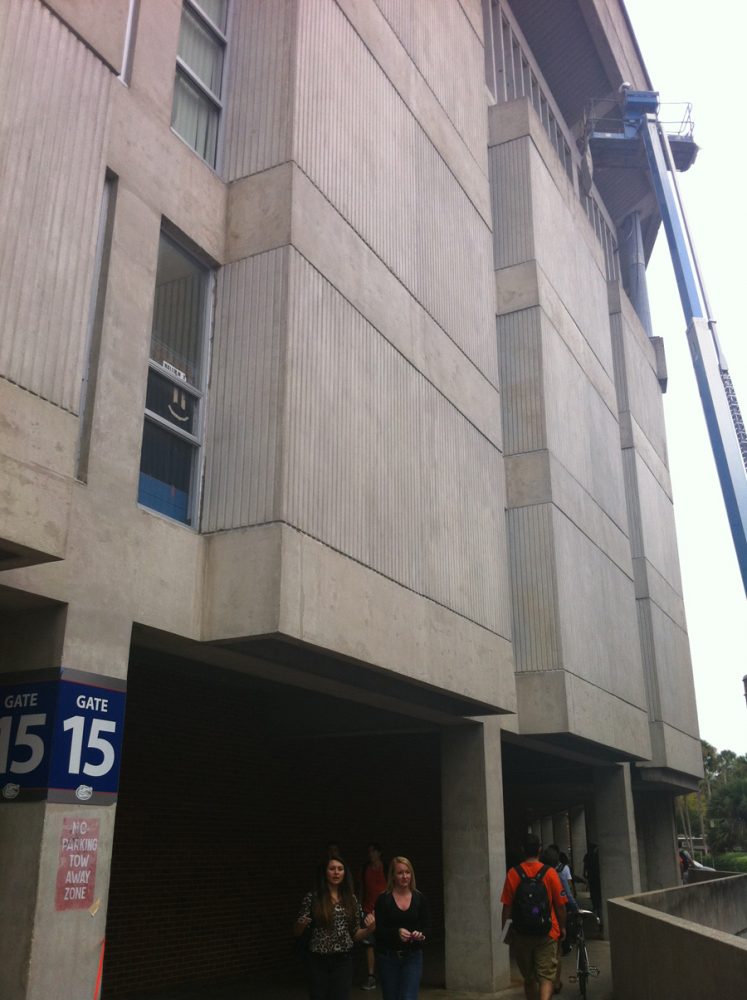 A cherry picker crew works to repair a portion of Ben Hill Griffin Stadium on Wednesday outside Gate 15.

University of Florida athletic maintenance officials called in construction experts Wednesday morning to look at an area of the southeast side of Ben Hill Griffin Stadium that has some unexplained crumbling.

A section of the stadium near the top wall by Gate 15 shows damage, reinforcing metal exposed.

The stadium entrance at Gate 15 is cordoned off, preventing access. A sign on the taped off area reads, “CAUTION! AREA CLOSED TO PUBLIC. FALLING OBJECTS FROM ABOVE!” Another sign directs those who need to use Gate 15, to use Gate 16.

Chunks of debris,  from what seemed to be the damaged section, are inside the taped off area.

The portion of the stadium where the damage being inspected was built in 1965 as part of the East stands, Yon Hall addition.

The stadium is expected to hold a full house on Saturday, when the BCS ranked No. 2 Gators take on the No. 7 South Carolina Gamecocks. 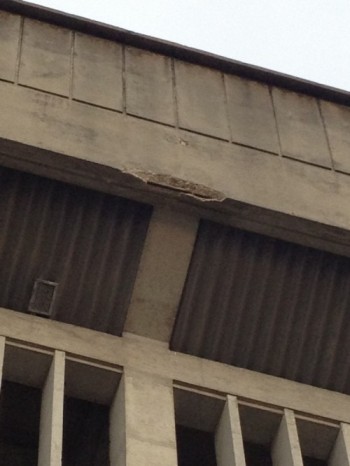 An area located by Gate 15 at Ben Hill Griffin Stadium appeared to be crumbling Monday morning at UF. Inspection is expected later in the day. 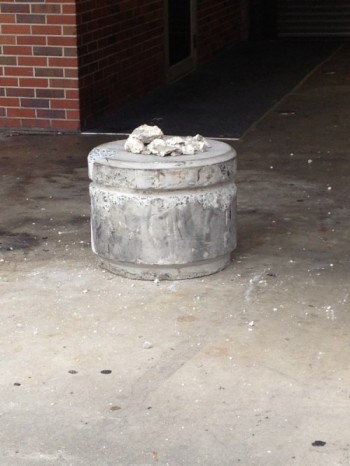 Debris from Ben Hill Griffin Stadium sit on the southeast side of the stadium, located around gate 15, where a portion of the stadium seemed to be crumbling Monday morning. Crane inspection is expected to take place later in the day.

Forrest is a radio news manager for WUFT News. Reach him by emailing news@wuft.org or calling 352-392-6397.
Previous Shands pediatrics to provide care to surrounding cities
Next UF gays find acceptance in Greek community