Florida oysters have suffered high mortality rates this harvest season causing an adverse effect for all businesses and restaurants relying on oyster crop.

Gov. Rick Scott, according to the Washington Post, said Florida’s oyster industry is approaching a collapse and needs help to survive.

Cedar Key, a Florida island located in the Gulf of Mexico, is a small community where businesses and a seafood reputation are suffering from the oyster loss.

Jeanie Beckham, owner of a local oyster business, has suffered losses like many small businesses in the area.

“We might not be able to finish this season out,” she said. “That’s how few oysters there is.”

Beckham said currently there is only one place she can harvest oysters from, and zoning laws tend to make harvesting more difficult. She usually tells her oyster harvesters to bring in at least 15 bushels of oysters, but this year she only receives about 12.

Many of Beckham’s customers will not be receiving as many oysters this year, she said. Of the oysters she catches, only 20 percent are alive.

One oyster buyer, Andy Bair, purchases oysters for his hotel, the Island Hotel & Restaurant in Cedar Key. Bair is considering removing oysters from the menu because of the lack of supply.

“Between here and Apalachicola it’s the same story,” he said. “They’re all dead. So it’s going to be tough finding oysters this year. We may have to cross them off the list.”

Leslie Sturmer of the University of Florida’s Institute of Food and Agricultural Sciences specializes in shellfish aquaculture.

Sturmer said this year’s oyster crop is unusual. The lack of a plentiful harvest, which she said would lead to a price increase, is due to the hot temperatures the area experienced during the summer months.

“It is unfortunate, and it is a severe effect this year,” she said. “The oysters will be limited this year and for what’s available the prices will certainly go up. That may also mean that some folks don’t want to pay that price for oysters even though they like them.”

“High salinity and oysters is not really favorable,” she said. “You have increased pests and predators as well as increased pathogens for the oysters. So it adds up to a very, very severe mortality.”

Hot temperatures, a summer drought and small oyster crops have lead Beckham to lose many employees and change the way she does business, she said. Many oyster farmers have lost their jobs.

Bair has found a quick fix of swaying his customers to eat more clams. He said clams are a year-round food, and they have been able to survive the drought and warm temperatures.

Still, Cedar Key businesses can only hold on for so long, and Beckham said recovery from this season may take up to three years.

Gov. Scott recently promised citizens the situation would be remedied soon, the Washington Post reported. His plan includes re-seeding oyster beds and filling the channel to keep fresh water in.

The Florida governor asked for federal disaster assistance to help those in the seafood industry, the Washington Post said, but the state has yet to receive a reply. 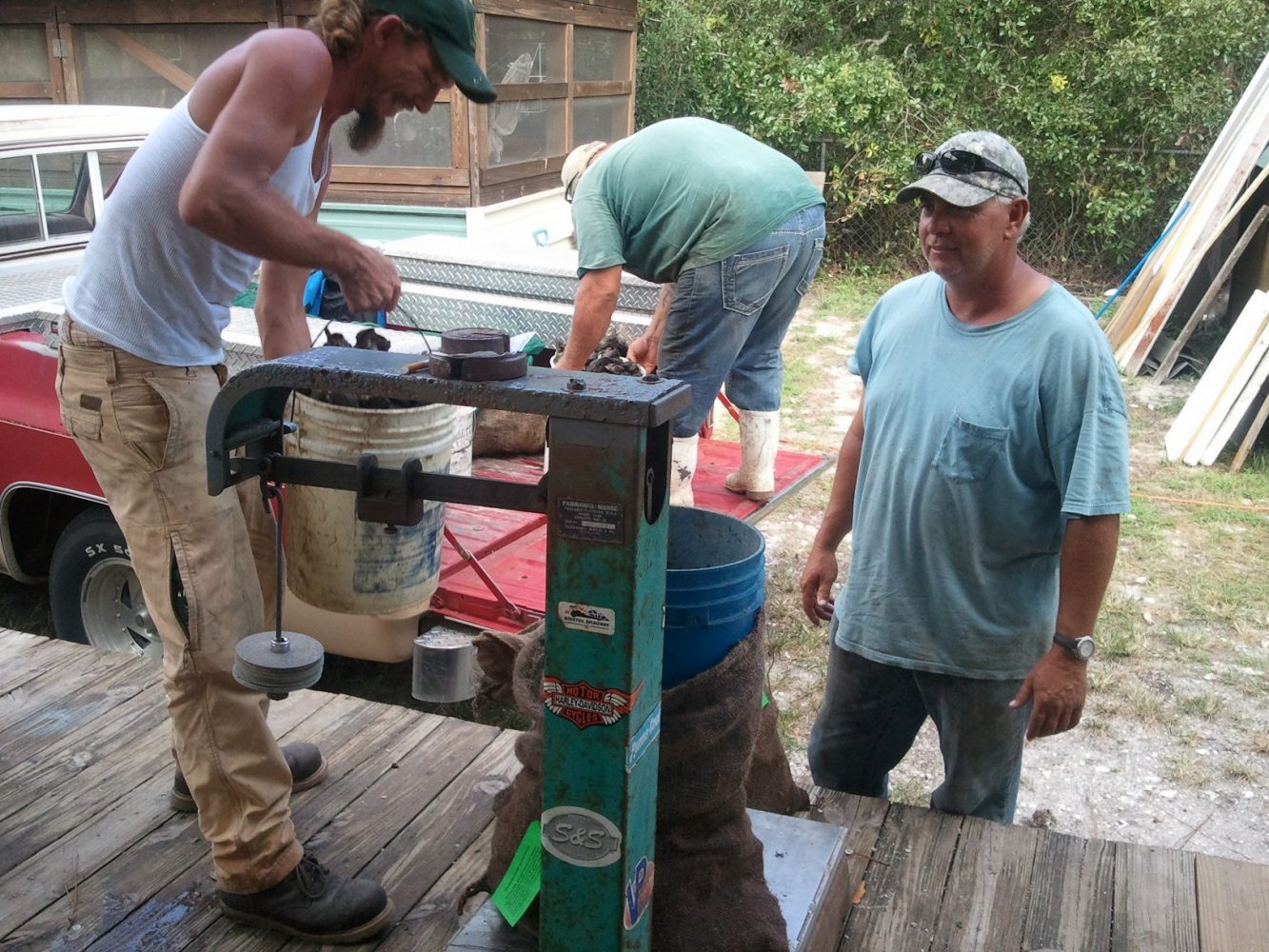 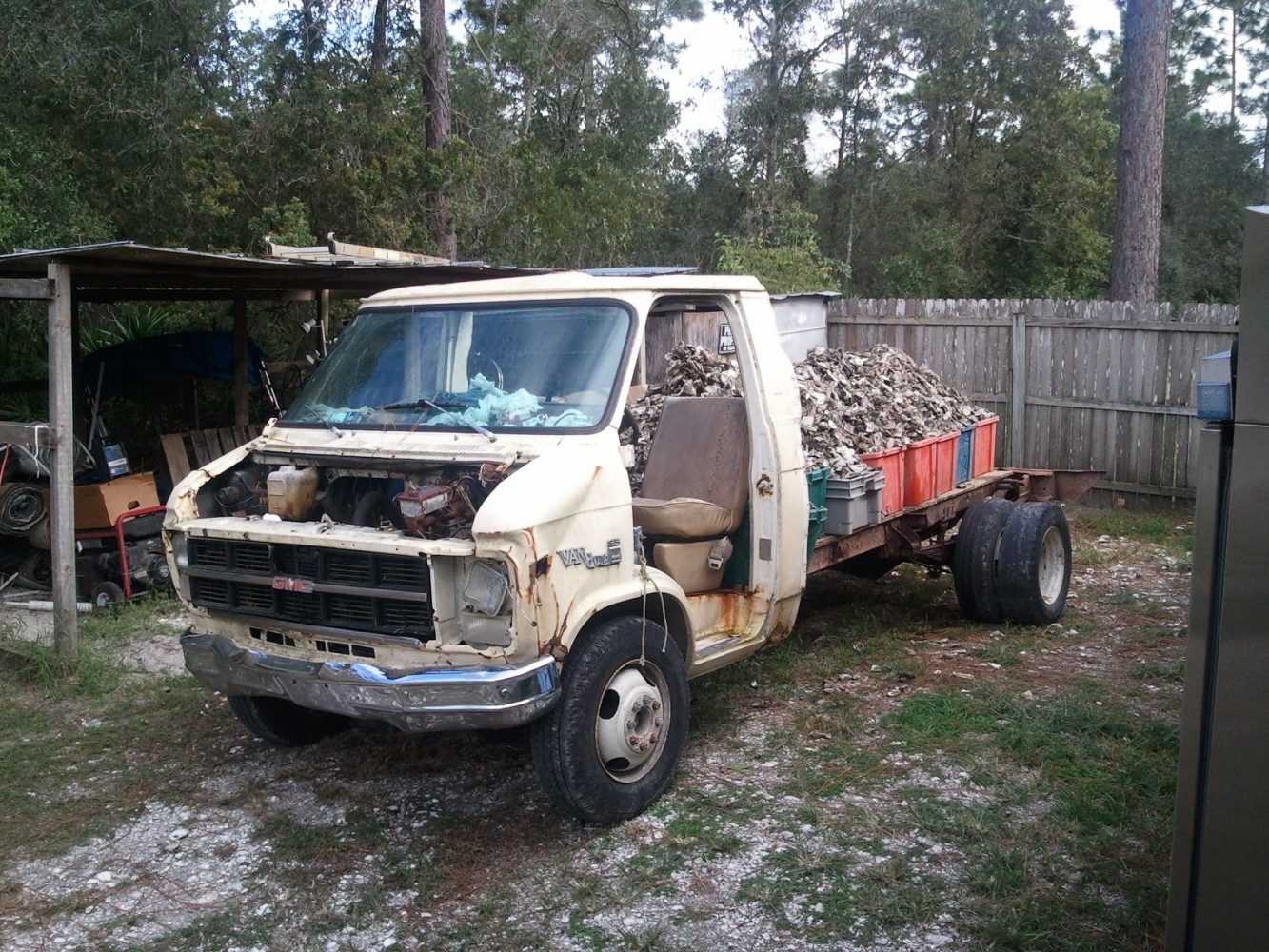 A truck full of dead oysters is symptomatic of this year’s poor season. 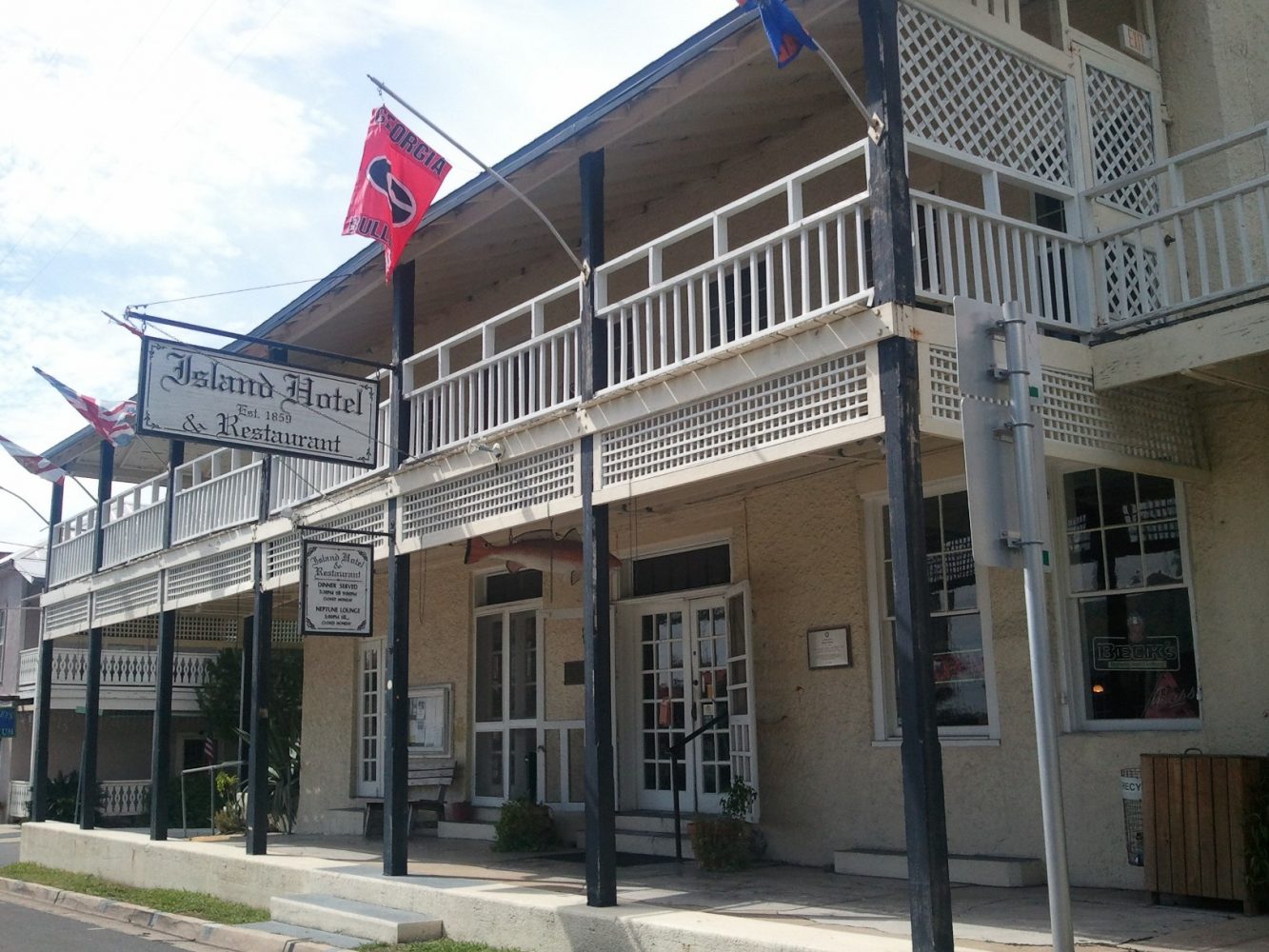 The historic Island Hotel and Restaurant is among the Cedar Key restaurants that buys oysters from Jeanine Beckham. 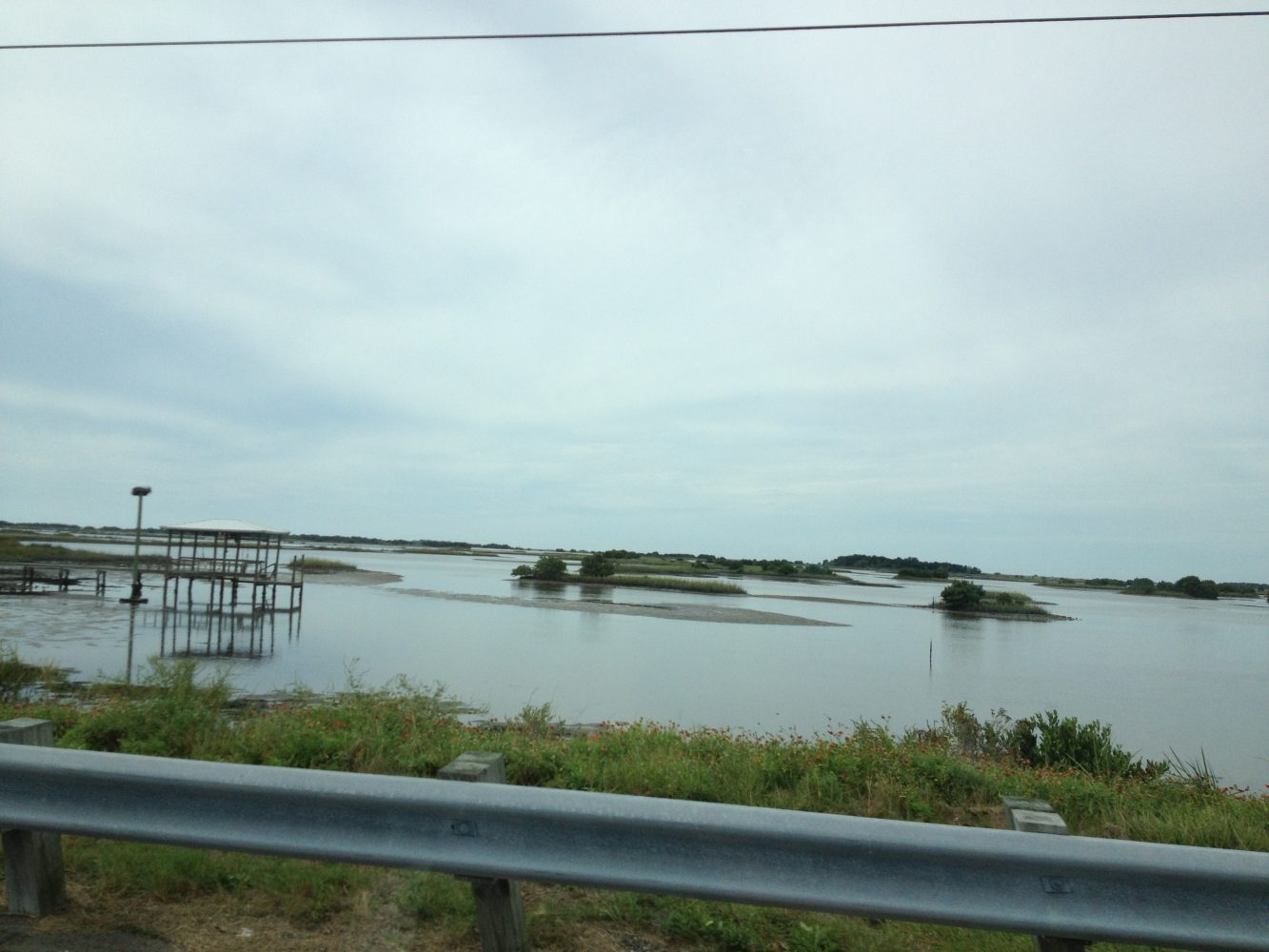 The oyster business in Cedar Key, Fla., has dipped this year. 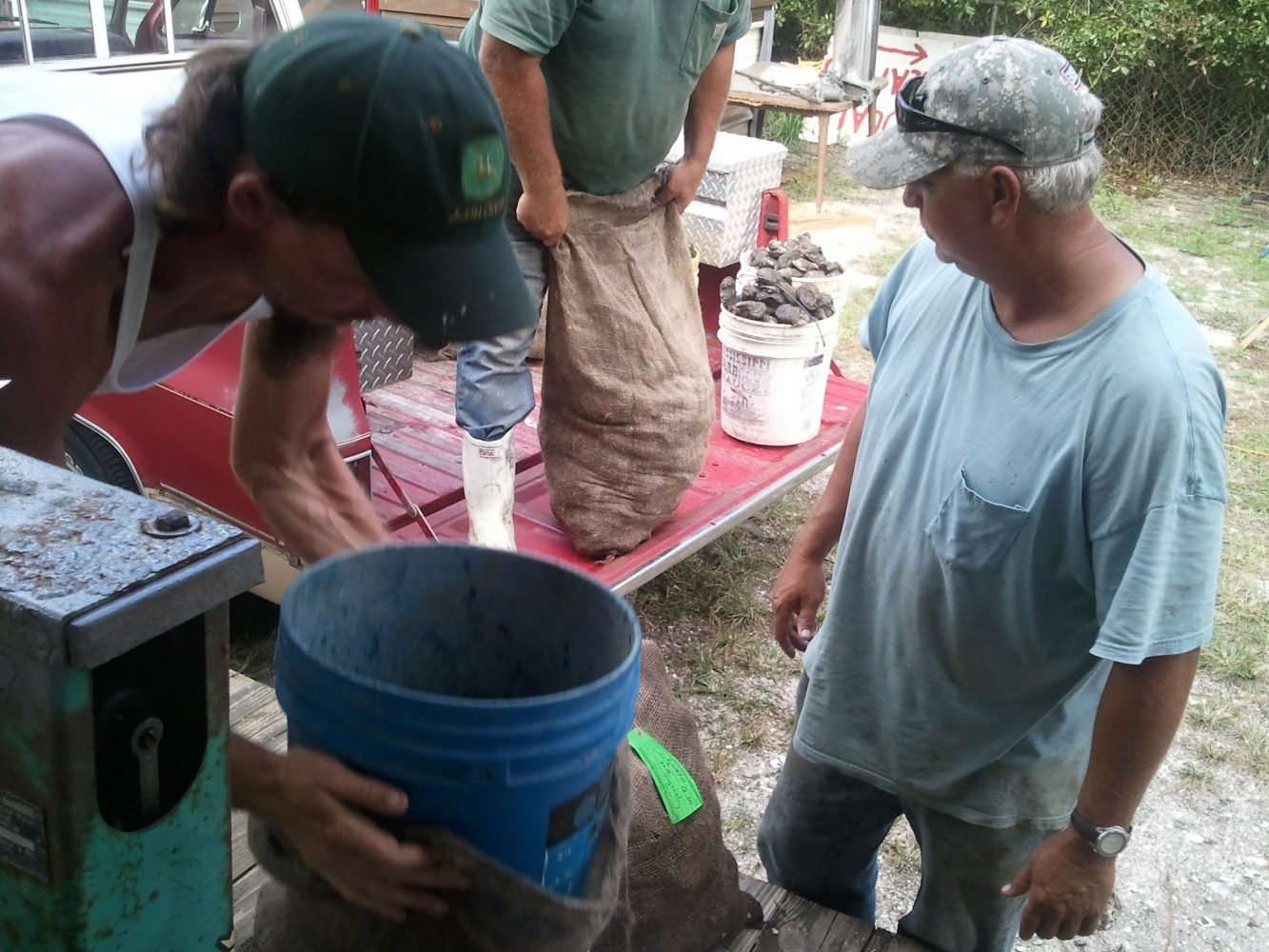 Cameron is a reporter for WUFT News and can be contacted by calling 352-392-6397 or emailing news@wuft.org.
Previous River Phoenix Center for Peacebuilding sponsors anti-bullying rally
Next Cancer initiative raises awareness among voters