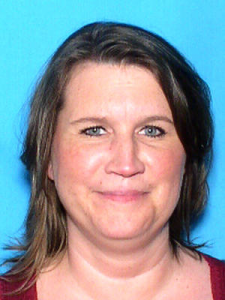 Gainesville Police said 46-year-old Rhonda Swift turned up at at North Florida Regional Medical Center and family members are with her.

Police Spokesman Ben Tobias said although Swift is okay, she apparently has no memory of anything since Tuesday when she had left for a doctor’s appointment, and made what family members thought were some unusual statements.

Original Story: The Gainesville Police Department is asking for help from the public in the search for a missing Gainesville woman.

Rhonda Swift, 46, was reported missing Tuesday morning after she left her home at 9:30 a.m. for an appointment with her psychiatrist.

Swift told her daughters she was “tired and wanted to go to sleep,” according to a GPD news release.

Swift did not return home after her appointment, and her family contacted the doctor, who said Swift was slightly depressed but did not show or give any indication that she wanted to harm herself, the release stated.

Swift’s disappearance has her family worried because of some statements she made, and the fact that she did not take her medication with her, family members said.

Police said Swift may be in her blue 2010 Hyundai Elantra.

If you have any information about Rhonda Swift’s whereabouts, please contact the GPD at 352-393-7670.

Chris is a reporter for WUFT News and can be contacted by calling 352-392-6397 or emailing news@wuft.org.
Previous UF alumni Mcgriff and Doering discuss NFL replacement officials
Next Gainesville pet therapy dogs bring joy to patients