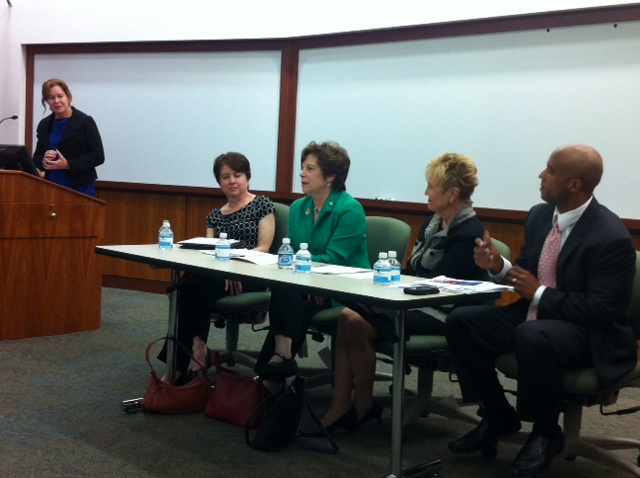 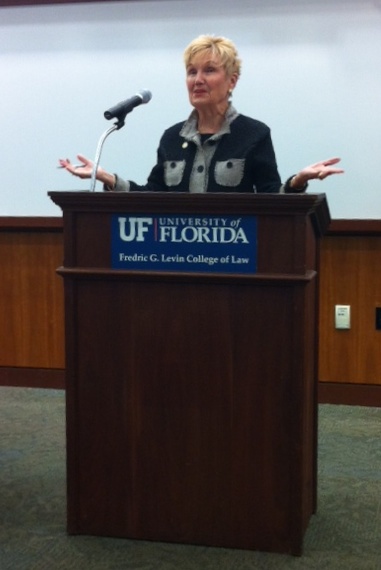 Florida Senator Evelyn J. Lynn discusses the representation of gender in the 2012 presidential election at a panel discussion at the Levin College of Law Wednesday night.

A bipartisan panel at the Levin College of Law discussed the key role of women in this year’s election on Wednesday night.

Each panelist discussed the representation of gender in the presidential race. Republican State Sen. Evelyn Lynn stressed that women’s issues are becoming American issues, and that both genders play equal roles influencing policy.

“I think women’s roles are no different from  men’s,” Lynn said. “They’ve got to study the issues and understand all they can about the candidates and make sure they understand what priorities are most important for the entire nation.”

The panelists agreed that civic education and engagement were the most important ways female voices can be heard in any election.

“I think women have one of the most important roles in this election because there are more women than men who vote,” said State Sen. Nan Rich (D-Weston), “and so they can have a definite determination of who gets elected.”

Brianna is a reporter for WUFT News and can be contacted by calling 352-392-6397 or emailing news@wuft.org.
Previous Endeavour leaves Kennedy Space Center for California
Next Gainesville’s McDonald’s locales comply with national calorie-listing rule