On Sept. 10 the Food and Drug Administration ruled that fast-food chains with more than 20 locations have to list their calorie information on all of their menus and menu boards.

Some restaurant’s have already started to make the transition.

McDonald’s USA President, Jan Fields, announced Sept. 12 that the company will list the calorie information of items on the menu inside and on the drive-thru menu outside.

And now Gainesville’s McDonald’s customers can order their McCalories right off the menu.

All of Gainesville’s nine McDonald’s have already made the switch.

The company made the decision to help customers and employees make nutrition-minded choices, according to a press release from McDonald’s.

“I think it will help anyone who wants to become more health conscious,” said Naomi Matos, 36, of Gainesville.

She said she thinks it will help people make more informed decisions.

“A lot of the time when we eat and get overweight and stuff like that, it’s because you don’t know what’s in your food.” Matos said.

She said she thinks the information will make people think about nutrition before they order.

“Sometimes you can eat out at McDonald’s, and if you don’t know that there’s like a whole day’s worth of calories in like one meal, then you think you’re just living life normally, but instead you’re, like, killing yourself.”

Rod McNealy, 40, of Gainesville, said when he went into McDonald’s for lunch, one of his old students who works at the store told him the Angus Deluxe hamburger combo he wanted was almost all of his suggested caloric intake for the day. Instead, McNealy got a grilled chicken sandwich and an unsweetened tea.

He said he tries to watch what he eat, especially because he is diabetic.

Some people think there isn’t a healthy option and don’t think of the calorie listings.

“I really didn’t pay attention to it,” said Greg Dupes, 26, UF finance major of St. Petersburg. “I ordered as I usually did, and I didn’t order factoring in the calories or anything.”

He said he doesn’t think people will change their choices when they see the calories.

Dupes said he orders the same thing every time he comes to McDonald’s: a McDouble, a McChicken and a coffee.

“I come here between classes every Tuesday and Thursday, and I get the same thing,” he said. “Maybe I switch up a sandwich, but the calories aren’t going to make a difference.” 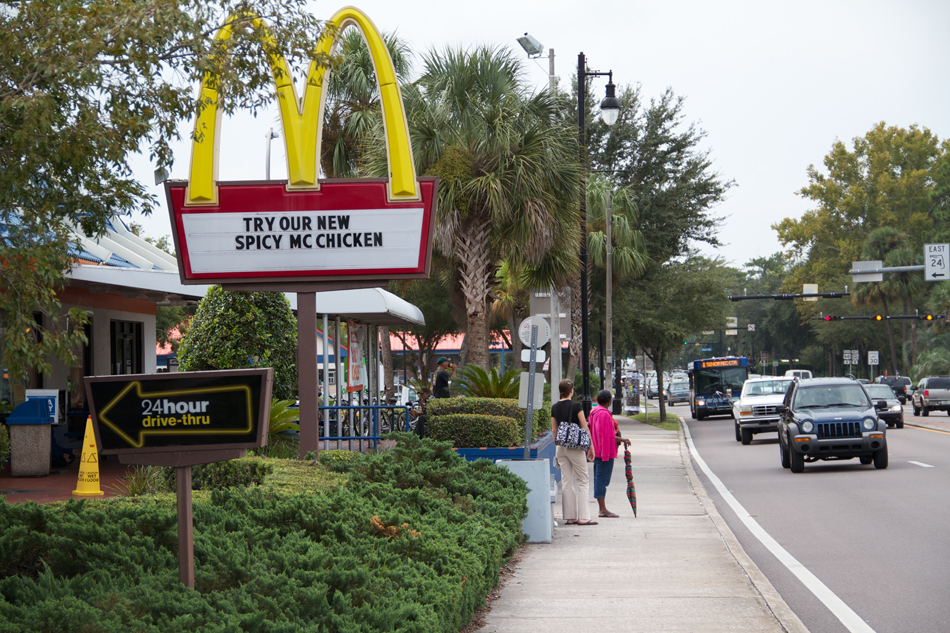 McDonald’s on University Avenue in Gainesville is among those now displaying calorie counts on all of its menus. 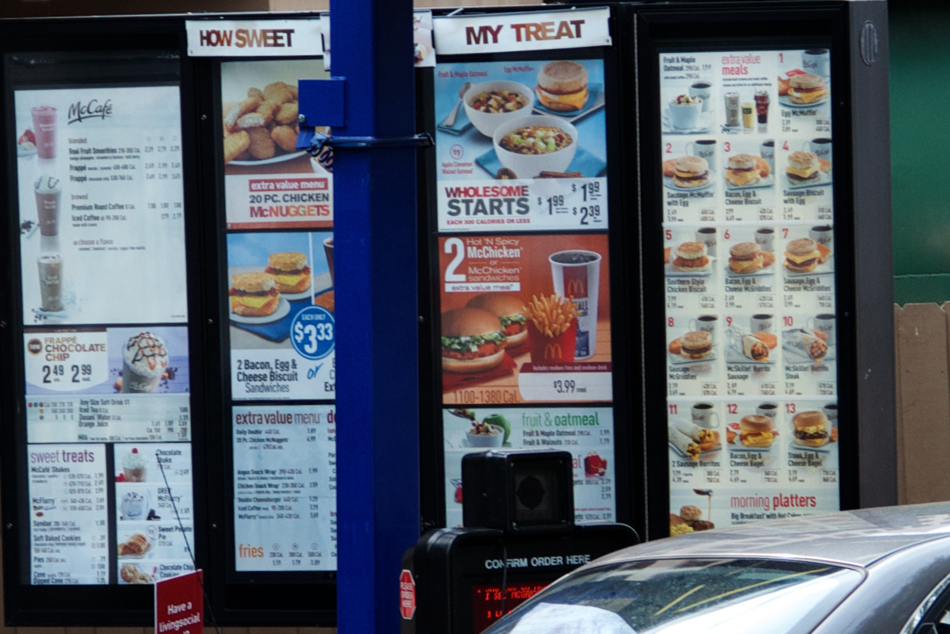 Ben is a reporter for WUFT News and can be contacted by calling 352-392-6397 or emailing news@wuft.org.
Previous Levin College of Law panel discusses 2012 election women’s issues
Next Law may limit days for early voting