By Kristin Hammel and Stephanie Bechara 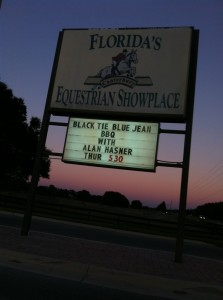 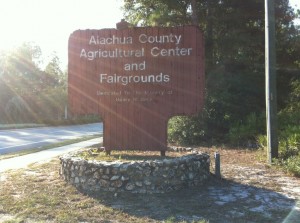 As the Alachua County Fair makes a comeback this month after not operating last year, a new debate has begun. Florida’s 89.1, WUFT-FM’s Stephanie Bechara reports on the possibility of moving the fairgrounds in the near future.

Above are the sounds from the Alachua County Fair during past years that can be found online on sites like YouTube.

There is no recollection or memory of last year’s fairs. It was cancelled due to a financial burden.

Assistant County Manager Rick Drummond says that even though the fair association is still the entity certified to have the annual county fair, about two years ago the county took back the operation of the fairgrounds property itself.

“Because of some outstanding debts and the confusion that since it’s the county fair, it’s not Alachua County who was responsible, we were still getting phone calls from vendors and the people they owed money to. The county commission said you gotta straighten up your act. Take care of the creditors before we let you use the fairgrounds again.

“We were not able to do that last year,” Drummond said.

This year that will not be the case, as the Alachua County Fair is scheduled to run from Oct. 22 to 29.

Newberry officials are proposing the Alachua County Fair be moved to a spot that would allow for a cheaper development of the new fairgrounds. Florida’s 89.1, WUFT-FM’s Kristin Hammel has more.

Newberry is seeking funding to finance the purchase of the Canterbury Showplace Equestrian Center, located along Newberry Road at the eastern gateway of the city.

Manager of Canterbury Wendy Low says it could be a positive move.

“According to the deal, as I understand it, the city of Newberry will purchase Canterbury with the tax money grant and then build a facility here on the property that is non-horse use up front, but still keep the horse show facility stuff going,” she said. “I’m not sure if the horse people will be real receptive to having a non-horse entity right in their front yard where they’re used to seeing crosscountry jumps and green space.”

The purchase of the Canterbury Showplace will cost an estimated $5 million for approximately 60 acres, which includes the Canterbury property and an adjacent residential-zoned 20 acres.

Low adds there are many other horse facilities in Florida that have non-public buildings on their property.

Hear the full stories above.