October marks the official start of the chestnut harvest season, but what many don’t know is this fall favorite tree is now a rare commodity.  Florida’s 89.1, WUFT-FM’s Blake Alderman has more.

Chestnut farms around the country have dropped dramatically over the years.

Back in the early 1900s, many of these trees were destroyed due to a blight disease. But one farm exists in the north Florida region. High Springs Orchard and Bakery owner Jenny Franklin says not many people are aware that the state even has chestnuts.

“Florida grows a lot of chestnuts,” she says. “Because we wholesale them to the big stores, a lot of people are not aware that you can actually find and buy chestnuts locally.”

Most people associate chestnuts with the holiday season, but Franklin says they are not harvesting during the winter.

“A lot of people have heard that song, “Chestnuts Roasting on an Open Fire,” so everybody has the image that chestnuts are only available in the winter time,” Franklin says. “It’s not true. Chestnut is a fall crop—very early fall.”

She plans to host a chestnut festival in the coming year.

Hear the full story above. 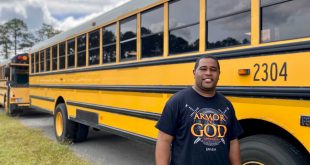 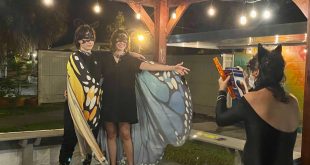 Sylvi Herrick, a multifaceted artist based in St. Augustine, had a vision of how her work could be a medium for conversation and change