“There were 13 candidates on the ballot, so that gave the voters more opportunity to have a wider selection of choices, so that usually indicates more of a voter turnout- when you have more candidates,” she says.

There will be run-offs for both the District 2 and District 3 City Commissioner seats with the election to take place Tuesday, April 12th. Carpenter says the turnout for that race should be about the same, if not higher, than this race. Early voting will take place the week before and end the Saturday prior to the election. 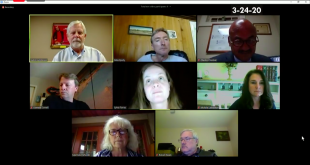