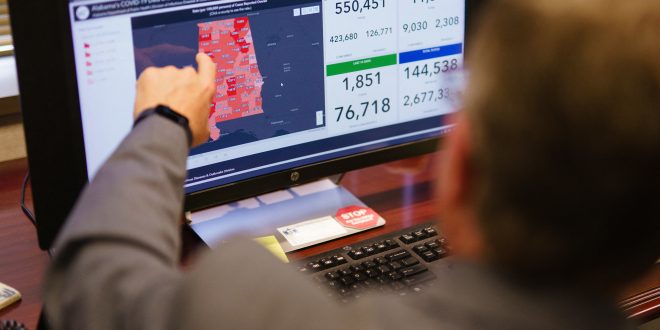 There Were More Deaths Than Births In Alabama Last Year, A Grim First For The State

In 2020, for the first time in recorded history, more people died in Alabama than were born in the state.

The state saw some 64,714 total deaths last year, Harris said, compared with about 57,641 births. Those numbers are preliminary, and officials will confirm them toward the end of this year.

Alabama hasn’t hit such a milestone in more than 100 years, not even during World War II, Harris noted.

The highly transmissible delta variant of the coronavirus, which is spreading in Alabama as well as much of the country, is what’s behind those numbers.

It’s putting a strain on critical health care systems in Alabama, as the state currently doesn’t have enough ICU beds for those who need them.

Still, some politicians there continue to push back on vaccines. Alabama Attorney General Steve Marshall joined other GOP attorneys general last week in threatening to sue the White House over its recent vaccine mandate plans.

And the 2020 milestone may not be unique for long. Alabama could see higher deaths than births again in 2021 if the state continues on its current grim trajectory.

This story originally appeared on the Morning Edition live blog.

2021-09-20
Share
Previous Weeks-Old Garbage Is Stinking Up New Orleans. Residents Had A Trash Parade In Protest
Next The Supreme Court Sets A Date For Arguments In Case That Could Challenge Roe V. Wade