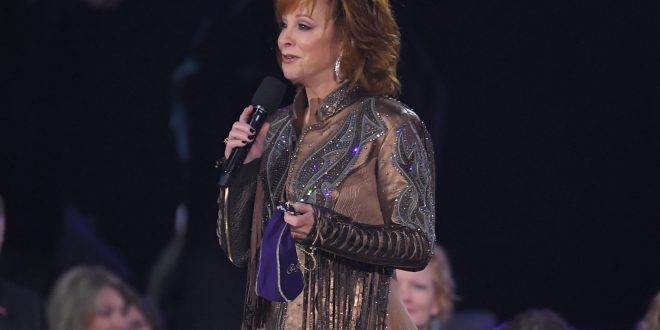 Reba McEntire Is Rescued By Emergency Workers After A Staircase Collapsed

Once again, country music star Reba McEntire is a survivor.

She was rescued from a historical building in Atoka, Okla., when a staircase collapsed.

The 66-year-old singer was removed from the building through a second-story window by a fire ladder, local TV station KXII reported.

“While my team and I were in Atoka, OK yesterday checking out an old historical building, a staircase collapsed,” she said on Twitter. “Thankfully, no one was seriously injured.”

McEntire said she and her team were safely evacuated, and expressed sincere gratitude to the city’s fire and police departments for their quick response to the rescue.

Travis Mullins, the emergency management director for the city of Atoka, told KXII that the stairwell from the second to the third story in the building collapsed. They crashed onto the stairs between the first and second floor — trapping people in the building.

“It opened our eyes to see exactly just how unsturdy they were and when they did collapse, we [saw] what little was holding them up,” Mullins said in an interview with the local broadcaster.

McEntire and her team were touring the historic building in downtown Atoka Tuesday for a “future project,” KXII reported.

No other details have been released behind the future project or how the historic building would be used.

2021-09-16
Share
Previous The U.N. Warns That AI Can Pose A Threat To Human Rights
Next U.S. Border Agents Found A Toddler And A Baby Abandoned Along The Rio Grande