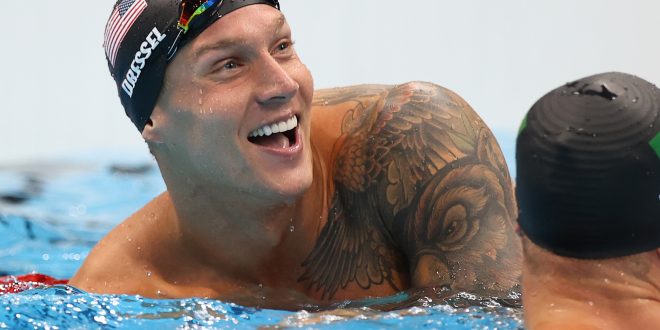 TOKYO — U.S. star sprinter Caeleb Dressel is on a hot streak. He added two gold medals to his haul from the Tokyo Olympics, departing the Games with five golds.

Dressel and his teammates Ryan Murphy, Michael Andrew and Zach Apple set a world record in the 4×100 meter medley relay.

Earlier today, Dressel touched the wall first in the 50 meter freestyle, setting an Olympic record in the shortest and fastest swimming distance with a time of 21.07.

The 50 meter free is a mad sprint — just one length of the pool. Swimmers don’t even take a breath the entire way. Dressel exploded off the blocks and touched the wall first — nearly a half second before his closest competitor.

It’s been an astonishingly successful Games for the 24-year-old from Florida, who came into it with a world record but no previous individual Olympic medals.