When Tony Coelho wrote the American with Disabilities Act 31 years ago, his goal was to ensure that people with disabilities could participate in the workforce with equal opportunities of inclusion and success.

Three decades later, people with disabilities — the largest minority group in the country — remain underrepresented in the workforce, particularly within the federal workforce.

Four years ago, the government set a benchmark calling for every agency to commit to having no less than 12% of its employees made up of people with disabilities. But even that number fell below parity, given that 26% of American adults, or 61 million people, have a disability, according to the Centers for Disease Control and Prevention.

Tracking the government’s progress has also proven difficult. Despite the 12% benchmark, the Office of Personnel Management “does not routinely track or report retention data on employees with disabilities,” according to the Government Accountability Office. Some of the clearest figures come from a 2020 report from the GAO, which found that while hiring of people with disabilities increased from 2011-2017, more work needed to be done to boost retention, training and reasonable accommodation efforts.

Coelho says progress has been made: nearly every presidential candidate provided a disability policy plan in the 2020 election. For the first time, there are sign language interpreters for every White House press briefing, and the White House Domestic Policy Council has its first ever director of disability policy.

But advocates say it’s important to continue the momentum. The government, as the nation’s largest employer, has worked toward being a model workplace for people with disabilities for decades, even before the ADA was signed. The Biden administration has pledged that their hires and appointments will reflect what America looks like, but advocates say change is not just about hiring practices — it is measured by changes in workplace culture around how people with disabilities are perceived, and in building workplaces that address accessibility within the framework of equity and inclusion.

Some Workers Say They’re On An Uneven Playing Field

When President George H.W. Bush signed the ADA 31 years ago this month, the law called for reasonable accommodations to be made for people with disabilities to conduct the essential aspects of their job.

But Cindy Otis says that’s not what happened for her.

Otis, a former CIA analyst and wheelchair user, says that in her 10-year career at the CIA, she faced a number of barriers within the agency that made it difficult to perform basic aspects of her job. She says she also had the added stress of not wanting to bring up too many of these restrictions out of fear of being seen as complaining, or less capable as her colleagues.

On several occasions at the start of her career, Otis says she had to call for assistance to open a heavy vault door that was impossible to open from a seated position. Then, she says, she was told she was starting to annoy people when she asked to be let in everyday and should avoid being seen as a “troublemaker.”

“As a brand new, desperate kid, straight out of grad school with mountains of student debt, I already felt like my job was at risk and my reputation was at risk because it took them six months to put an automatic door opener for my vault door,” says Otis. “From the beginning, you are put on an uneven playing field.”

Even the simplest of fixes took years to implement, Otis says. There weren’t enough handicap parking spots. Cubicles where staff worked didn’t allow enough space to move her wheelchair around, making it difficult to communicate with colleagues nearby. By the time she left the CIA, she says there still wasn’t a handicap accessible bathroom on her side of the building.

Otis says the challenges she faced grew exhausting, and ultimately became one of the reasons she decided to leave the CIA in 2017.

Technology Accessibility Can Also Be An Issue

Kristin Fleschner, who has worked at both the State Department and the CIA, and left the federal workforce in 2019, described similar barriers and frustrations.

Fleschner, who is blind, says there were times coming in late at night where she’d have to wait an hour for security to let her in to write a brief because she couldn’t access certain doors that had turn-dial locks. She also says some of the computers used within some of the agencies didn’t include assistive technology, “because there’s an assumption that there might be a higher security risk when those are added.”

Recently, she’s been working with the group Inclusive America on a proposed executive order that would improve technology accessibility in the intelligence community.

“As she has said, the Intelligence Community should foster an environment where every professional can succeed. This is fundamental to America’s values and critical to meeting the [intelligence community’s] mission.”

Roger Sternitzke, chief of the Diversity and Inclusion Office at the CIA, said the agency is “committed to ensuring the accessibility our officers deserve.” He added that the agency is “increasing accessibility of our facilities and technology worldwide, and expanding disability awareness across the workforce.”

Otis says some of the attitudes she experienced come down to viewing disability as a burden in the workplace.

“If that person is disabled, that’s not something that you have to overcome as an organization. You’re simply required to provide the resources to allow them to do the job they were hired to do, which is, protect the country,” she says.

“[Disability] is a facet of a human being. And in some cases it can actually be an asset,” says Otis.

Coelho says the next step needs to be a stronger emphasis on enforcement.

Maria Town, president of the American Association of People with Disabilities, says that 31 years after the ADA, measuring what progress looks like means acknowledging all the places that people with disabilities are in society — including the White House.

In some areas, she’s encouraged. Town noted that 3% of Biden administration appointees are people with disabilities, and while she called that still “very low,” she points out this is the first time there has even been data available to keep track of.

But she says the pandemic has exposed glaring weaknesses in other areas. She points out how the disability community has been pushing for more work-from-home opportunities for decades.

“It’s frustrating that the disability community has pushed for these accommodations for so long and have been denied so consistently, and when the moment comes that everyone needs to work remotely, it happens in an instant.”

“I think that’s a sign of how far left we have to go,” Town says.

2021-07-31
Share
Previous There’s Vaccine Drama In Arkansas, Where Rates Are Low And Everyone Has An Opinion
Next Opinion: New Jersey Renames Its Rest Stops As A Nation Rethinks Monuments 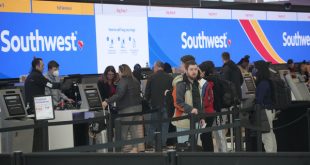 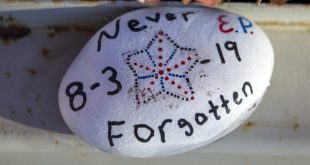 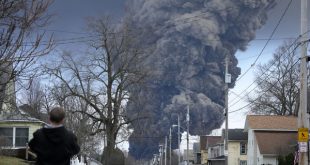 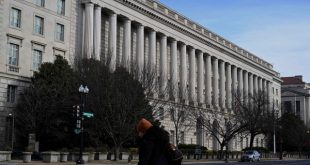 If you got inflation relief from your state, the IRS wants you to wait to file taxes