The American fencing team is not happy to have Alen Hadzic representing the U.S. at the Tokyo Olympics.

Almost immediately after making it on to the roster, the 29-year-old was accused of sexual misconduct between 2013 and 2015 by three women.

Hadzic denies the allegations and successfully appealed a suspension that would have kept him off the U.S. team.

On Friday, the men’s team conveyed their displeasure to the world, wearing pink face masks in support of sexual assault victims. It made for a striking image as Jake Hoyle, Curtis McDowald and Yeisser Ramirez appeared in the light-colored masks, while Hadzic was the odd-man-out in black.

Jackie Dubrovich, an Olympic fencer who was in Tokyo, called the move by her teammates “PERFORMATIVE ACTIVISM” on Instagram. She called for accountability.

“THE PEOPLE/SYSTEMS WHO ENABLED & PROTECTED A VIOLENT PREDATOR ARE NOT BEING HELD ACCOUNTABLE,” she wrote. “FEMALE ATHLETES WERE NOT PROTECTED & OUR SAFETY WAS DEEMED UNIMPORTANT.”

Hadzic had been suspended from all fencing activities by the U.S. Center for SafeSport, an independent agency that investigates sexual abuse in Olympic sports. But weeks later, an arbitrator ruled that the suspension was “inappropriate to the allegations,” The New York Times reported.

It was also decided that Hadzic’s addition to Team USA would not be “detrimental to the reputation of the United States or his sport.”

The decision enraged his teammates who called into question the efficacy of SafeSport, tasked with protecting the athletes.

In an email obtained by USA Today, Kris Ekeren, CEO of USA Fencing, wrote to Hadzic, saying his teammate disagreed with SafeSport’s assessment.

“Nevertheless, team athletes have expressed concerns for their safety and well-being arising from your presence, which they say are likely to adversely affect their mental and emotional abilities to prepare and compete at the highest levels required for success in the Olympic Games,” Ekeren wrote.

“Several have asked that USA Fencing put measures in place to keep them safe and minimize distractions from training and competition. Accordingly, USA Fencing, in conjunction with the USOPC, will implement a safety plan for the upcoming Olympic Games.”

Hadzic was prohibited from staying in the Olympic Village. Instead, he’s been staying at a hotel nearby. He also was forced to travel to Tokyo separately from his teammates and forbidden from practicing with female teammates.

Hadzic’s lawyer, Michael Palma, says USA Fencing is keeping the Olympian out of sight to avoid negative publicity. The result, Palma told The New York Times, is keeping him “from participating in the Olympic experience that he has rightfully earned.”

In the end, Hadzic, an alternate on the men’s epee team, did not compete in the Games. The U.S. team lost to Japan on Friday and finished ninth.

2021-07-30
Share
Previous Say Hello To The Tokyo Olympic Robots
Next As COVID Concern Grows In Kansas, So Does Confusion Over Who Is In Charge 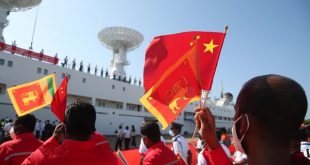 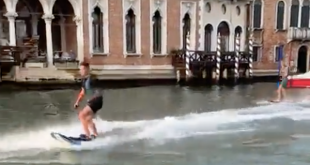 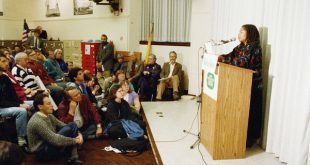 Last week’s attack has reignited debates over free speech, censorship and offensiveness that were already …