Scott said she is "attempting to give away a fortune that was enabled by systems in need of change." She has given away more $8 billion of her fortune so far.

MacKenzie Scott Is Giving Away Another $2.7 Billion To 286 Organizations

Saying that she’s troubled by the increasing concentration of wealth, philanthropist MacKenzie Scott says she is giving away another $2.7 billion of her fortune to 286 different nonprofit organizations.

Scott, who divorced from Amazon founder Jeff Bezos in 2019, made the announcement in a blog post on the website Medium. She has so far given away more than $8 billion, in three rounds of funding revealed in the same manner. Her net worth is estimated to be nearly $60 billion.

Scott is now married to Seattle teacher Dan Jewett. Jewett joined Scott in signing the Giving Pledge, a commitment by very wealthy individuals to give away a majority of their money.

In her blog post, Scott describes systemic societal inequities and her belief that giving money to organizations directly working with communities in need is the way her wealth can be put to use, saying that she, her husband, and her staff and advisers “are all attempting to give away a fortune that was enabled by systems in need of change.”

“In this effort, we are governed by a humbling belief that it would be better if disproportionate wealth were not concentrated in a small number of hands, and that the solutions are best designed and implemented by others,” Scott wrote. “Though we still have a lot to learn about how to act on these beliefs without contradicting and subverting them, we can begin by acknowledging that people working to build power from within communities are the agents of change. Their service supports and empowers people who go on to support and empower others.”

Scott says that she and her organization spent the first quarter of 2021 identifying and researching equity-oriented nonprofit organizations working in neglected and underfunded areas.

The recipients span from institutions of higher education and arts and culture, to organizations fighting poverty, working on interfaith issues, and building community engagement.

Like the $4 billion Scott gave to 384 organizations in the last four months of 2020, the donations are unrestricted, so recipients can use the money as they see fit. “Many reported that this trust significantly increased the impact of the gift,” Scott wrote.

Calling the donations to individual organizations “relatively large,” Scott described the new cash as a means to do more good work with less financial stress.

“These are people who have spent years successfully advancing humanitarian aims, often without knowing whether there will be any money in their bank accounts in two months. What do we think they might do with more cash on hand than they expected? Buy needed supplies. Find new creative ways to help. Hire a few extra team members they know they can pay for the next five years. Buy chairs for them. Stop having to work every weekend. Get some sleep,” Scott suggested.

This is an unusual approach to philanthropy

Scott’s approach to philanthropy is unusual in a number of ways. She doesn’t appear to have a website. There is no evident mechanism by which organizations can apply for donations. Scott prefers to simply announce via blog post the organizations she has chosen for her next multibillion dollar giveaway.

Scott’s post lists all the recipients, but doesn’t state the amount of money they’ve been granted. However, some organizations have revealed how much money they’ll receive.

The president of University of Central Florida said his institution will receive $40 million – the largest donation in the university’s history. “Their gift enables us to increase our impact for generations of students and inspires others to invest in building the future of America,” he wrote.

The University of Texas at San Antonio is also receiving $40 million, which its president called “completely transformational.” The university said Scott and Jewett “were drawn to UTSA because of the university’s strong commitment to create pathways to success for students from communities with significant educational attainment and income disparities,” as well is its commitment to serving Latino students.

Chuck Collins, director of the Program on Inequality and the Common Good at the Institute for Policy Studies, said at the time of her last round of donations that Scott was “putting to shame the other 650 U.S. billionaires who haven’t figure out comparable ways to boldly share.”

2021-06-15
Share
Previous A Small Florida Town Accidentally Sold Its Water Tower For $55,000
Next Eating Disorders On The Rise After A Year Of Uncertainty And Isolation 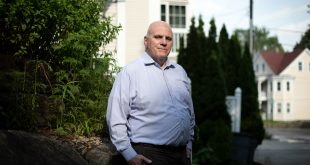 Men Who Have Been Sexually Abused Have Trouble Getting Treatment 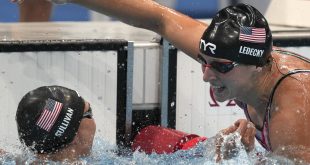 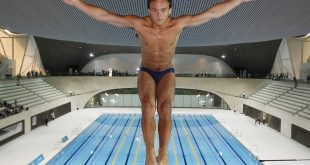 Alabama’s Vaccination Rate Is The Lowest In The U.S. And COVID-19 Infections Are Up

Public health officials are sounding the alarm in Alabama, the state with the lowest COVID-19 vaccination rate in the country. New infections are spiking, yet fewer people are seeking shots.