Patrick Radden Keefe helped expose the Sackler family's role in the deadly opioid epidemic. His new book deepens the narrative, raising questions about the blurring of medicine and capitalism.

In The Rise And Fall Of The Sacklers’ Opioid Empire, An American Dream Turns Toxic

Late in Patrick Radden Keefe’s brutal, multigenerational treatment of the Sackler family, Empire of Pain, he offers a jarring anecdote.

It’s 2019. The scandal surrounding OxyContin, Purdue Pharma and the Sacklers’ role in America’s devastating opioid epidemic is front-page news. Hundreds of people are dying every day from overdoses.

But Joss Sackler, a designer and businesswoman married to David Sackler (who had left Purdue Pharma’s board a year earlier) is busy in New York City hustling up a crowd for her spring fashion line.

Celebrities are understandably reluctant to lend their fame to a Sackler-branded gala. So Joss Sackler and her staff send a personal invite to the “singer, tabloid-icon and fabled hell-raiser” Courtney Love.

Along with the invite they offer a $100,000 enticement and the promise of a custom-made dress “embroidered with 24-karat gold thread.”

“The irony was almost too much to contemplate,” Keefe writes. Love had struggled for years with addiction to opioids, including OxyContin. She was barely a year sober at the time.

Love declined the Sacklers’ cash. In an interview at the time with the New York Post‘s Page Six, she called the offer “shameless and offensive.”

By now the wrenching arc of the Sackler family’s rise and fall is fairly well known.

Though never quite making the cut as members of America’s name-brand aristocracy, such as the Guggenheims or Rockefellers (or more recently, the Kardashians and the Trumps), the Sacklers still made their mark as one of the country’s philanthropic dynasties.

It was an impressive feat. The children and grandchildren of Jewish grocers from Brooklyn wound up doling out cash to institutions ranging from the Louvre in Paris to Tufts University in the Boston area.

In exchange, their name was literally carved in stone over the entrances to prestigious medical schools and world-class art galleries. Not so long ago the Sacklers were compared to the Medicis.

Because of journalists such as Keefe, we’ve learned how members of the Sackler family worked behind the scenes, goading their sales reps to push more and more (and ever more) OxyContin into America’s medicine cabinets.

Introduced in the late 1990s by the Sackler’s private company, Purdue Pharma, the prescription painkiller was marketed to doctors and patients as less risky, less prone to addiction and abuse.

It was a runaway bestseller, earning the Sacklers more than $10 billion in profits. But it turned out all those claims about the drug’s safety weren’t true. Oxy became the seed corn for an opioid epidemic that has killed roughly half a million Americans.

Remarkably, while business boomed and deaths soared, the Sacklers succeeded for nearly two decades in downplaying their ties to Purdue Pharma.

They seemed to want their name on just about everything — from designer labels to ancient Egyptian monuments displayed at the Met — except those little bottles of OxyContin.

And nobody seemed to care much where their money came from, so long as they kept writing big checks.

Then came Keefe’s exposé published in The New Yorker in 2017, which connected the dots in devastating fashion.

“The Sacklers have always excelled at the confidence game of marketing,” Keefe wrote, “and it struck me that the greatest trick they ever pulled was to write the family out of the history of the family business.”

At long last, the firewall between the Sacklers’ image as high-brow philanthropists and their work as opioid merchants had begun to crumble.

These days it’s hard to remember it ever existed. There have been anti-Sackler protests at the Tate and the Guggenheim. Members of Congress from both parties have taken to referring to members of the family as “sickening,” “criminal” and “obscene.”

The Sacklers, who deny any personal wrongdoing and who have never been charged with crimes, have been described as drug dealers while facing an ever-growing tsunami of civil lawsuits.

In 2019, under the crushing weight of opioid claims, Purdue Pharma filed for bankruptcy. Last year, the company — still wholly owned by members of the Sackler family — pleaded guilty a second time to federal criminal charges.

The Sacklers paid $225 million in damages as part of the Justice Department deal but again faced no charges and admitted no wrongdoing.

In a statement sent to NPR on Thursday, Daniel Connolly, an attorney representing the Raymond Sackler branch of the family, slammed Empire of Pain. He accused Keefe of “refusing to meet with representatives for the Sackler family during the reporting of his book.”

Connolly also said documents released as part of Purdue Pharma’s bankruptcy show the Sackler family members who served on the company’s board acted “ethically and lawfully.”

The Mortimer Sackler branch of the family also sent NPR a statement. “Our focus is on concluding a resolution that will provide help to people and communities in need, rather than on this book,” a spokesperson said.

(In his book, Keefe describes repeated efforts to interview the Sacklers and said he asked a Sackler attorney to share any documents that might be “exculpatory.” Keefe said the request was denied.)

A growing number of institutions say they will no longer accept donations from the Sacklers. Some even began scraping the family’s name from their walls.

After that kind of fall from grace, what’s left to be learned from Empire of Pain? A lot, as it happens. For one thing, Keefe deepens the narrative by tracing the family’s ambitions and ruthless methods back to the founding patriarch.

Arthur Sackler, who died in 1987 before OxyContin was introduced, was a remarkable innovator and “polymath” by Keefe’s account. He got his start in New York City during the Great Depression, overcoming poverty and anti-Semitism to emerge as a respected psychiatrist and entrepreneur.

His life might be a model for the American dream, if it hadn’t arguably laid the foundations for a still-unfolding national tragedy.

It turns out part of his genius was seeing the fortune to be made by blurring the ethical lines between medicine, pharmaceuticals and marketing. He pushed drug companies to hire armies of sales reps.

Arthur Sackler refined the art of wooing physicians with direct appeals, enticing them with lucrative speaker fees, dinners and trips. In exchange, doctors used the medications sold by companies for which he worked. His efforts helped turn the tranquilizer Valium into a bestseller.

According to Keefe, it was a “template” followed and expanded by his heirs after the Sacklers transformed Purdue Pharma into an opioid juggernaut.

This continued long after evidence of the drug’s devastating harm was established.

But as Keefe notes, it wasn’t only some of Arthur Sackler’s heirs who adopted his bare-knuckle approach to medicine and capitalism.

As the opioid boom grew, many of the biggest companies in American health care scrambled to get their own slice of the business. They too earned billions making, distributing and selling highly addictive pills even as the death toll mounted.

Name brand corporations from CVS and Johnson & Johnson to McKesson and Walmart now face their own opioid investigations, their own wave of lawsuits. Some compare Wall Street’s opioid reckoning now to the Big Tobacco settlement of the 1990s.

Which brings us to thorny questions of justice and accountability raised by Keefe’s book.

Yes, members of the Sackler family involved in the opioid business have seen their reputations crumble. Empire of Pain will likely further cement them as the public face of a man-made overdose crisis that killed a record number of people (more than 81,000) again last year.

But as Keefe documents, the Sacklers seem to have been preparing for this moment for years. They enlisted a small army of attorneys, accountants, bankers and lobbyists to shelter them and as much of their OxyContin profits as possible.

The Sacklers say this was all done legally and ethically — and it appears likely their effort will pay off.

A bankruptcy settlement now being finalized in federal court would require the family to forfeit ownership of the company and cough up some $4.2 billion. But they are expected again to admit no wrongdoing. The deal would allow them to keep substantial business holdings overseas while shielding their remaining billions from future lawsuits.

The Sacklers’ opioid empire has collapsed. Their once-burnished image as American Medicis appears tarnished beyond repair.

But while thousands of other families scramble just to survive the opioid epidemic, scraping up money for addiction treatment or housing, the Sacklers are likely to remain one of the richest families in the world. 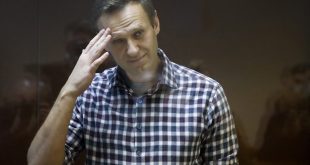 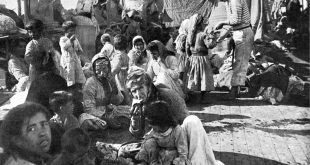 Biden Could Call The Massacres Of Armenians ‘Genocide.’ Here’s What That Means 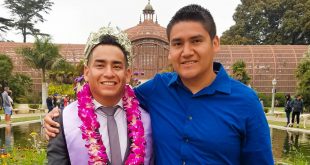 The gunman who killed eight people at a FedEx facility in Indianapolis had a gun confiscated by police, but he was still able to buy others. It's raising questions about the state's red flag law.