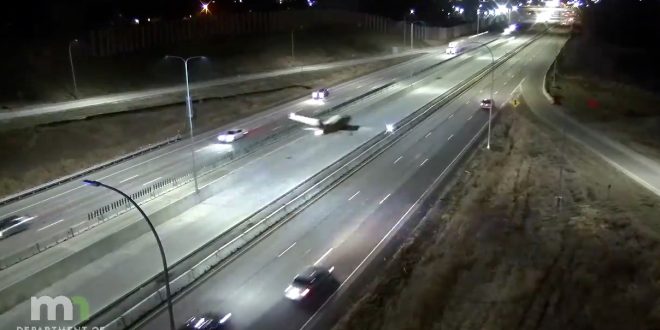 It’s safe to say that when Craig Gifford pulled out his single-engine plane for a ride earlier this week, he hadn’t been planning on Minnesota’s 35W freeway for his landing strip. Still, that’s exactly where he ended up — and state officials have footage of the emergency landing outside St. Paul, in which no one was injured.

Video of the incident shows Gifford’s Bellanca Viking plane narrowly dodging two vehicles before sideswiping an SUV as the aircraft skids to a stop.

It remains unclear what caused the emergency landing. But luckily Gifford, the 52-year-old Minneapolis resident identified by authorities as the pilot, was better equipped than most to handle the unexpected Wednesday night.

The Minnesota Department of Transportation said it was “impressed by the pilot’s effort to #zippermerge from above!”

Experimental Aircraft Association spokesman Dick Knapinski told The Associated Press that Gifford is a competitive aerobatic pilot, who has represented the U.S. in international competition. He even has a bronze from the team’s flight in the 2017 world aerobatic championships in South Africa.

“Craig has been flying general aviation aircraft his entire life and has over 4500 hours in dozens of different types of aircraft,” according to the International Aerobatic Club.

“Pilots are trained to deal with emergency engine problems and things like that if you have to make an emergency landing,” Knapinski told AP, “and so the combination of that training and certainly (Gifford’s) aerobatic training really paid off in this situation.”

The driver of the SUV that was sideswiped, Brittany Yurik, was uninjured — but she told the Star Tribune that she has a thorough appreciation of just how close she came to danger.

” ‘Lucky’ isn’t the right word,” she told the newspaper, “but I do feel like it was a miracle that we all survived and none of us got hurt.”

She described Gifford as kind and apologetic. “I am so thankful that out of all the planes that could have hit me, it was him,” Yurik told the Tribune.

Federal authorities have opened an investigation into the incident. 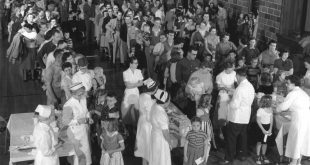 House To Deliver Impeachment Article Against Trump To Senate

After a huge coronavirus outbreak in the fall, South Dakota is now one of the leading states in vaccine distribution. NPR's Ailsa Chang talks with Shankar Kurra of Monument Health Rapid City Hospital.