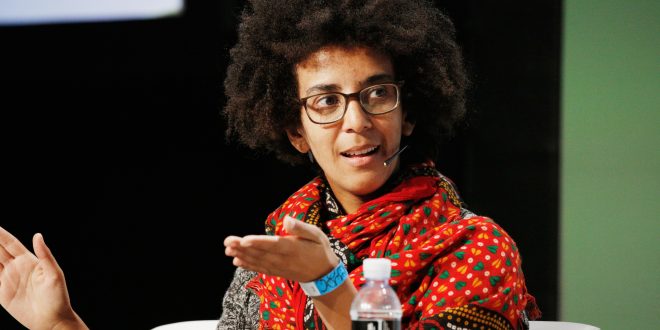 Hundreds of Google employees have published an open letter following the firing of a colleague who is an accomplished scientist known for her research into the ethics of artificial intelligence and her work showing racial bias in facial recognition technology.

She says she was forced out of the company following a dispute over a research paper and an email she subsequently sent to peers expressing frustration over how the tech giant treats employees of color and women.

“Instead of being embraced by Google as an exceptionally talented and prolific contributor, Dr. Gebru has faced defensiveness, racism, gaslighting, research censorship, and now a retaliatory firing,” the open letter said. By Thursday evening, more than 400 Google employees and hundreds of outsiders — many of them academics — had signed it.

The research paper in question was co-authored by Gebru along with four others at Google and two other researchers. It examined the environmental and ethical implications of an AI tool used by Google and other technology companies, according to NPR’s review of the draft paper.

The 12-page draft explored the possible pitfalls of relying on the tool, which scans massive amounts of information on the Internet and produces text as if written by a human. The paper argued it could end up mimicking hate speech and other types of derogatory and biased language found online. The paper also cautioned against the energy cost of using such large-scale AI models.

According to Gebru, she was planning to present the paper at a research conference next year, but then her bosses at Google stepped in and demanded she retract the paper, or remove all the Google employees as authors.

Gebru threatened to resign. She then took to an internal email list to vent about what she saw as empty promises to increase the number of underrepresented groups at Google.

Describing her own treatment as “silencing marginalized voices,” she also claimed she was given an insufficient explanation for why Google opposed her research paper. It made her feel like her expertise was not valued at the company.

“Instead of being like, ‘OK let’s talk,’ they’re like, ‘You know what? Nope, bye,'” Gebru told NPR.”I don’t feel like they thought it through. They could have had a much better outcome through dialogue.”

In the open letter, Gebru’s former colleagues described her as a “pathbreaking scientist” who sought to ensure the artificial intelligence systems were held accountable. They wrote that Gebru was one of the few Black women research scientists at Google.

Google’s dismissing Gebru, according to the letter, amounted to “unprecedented research censorship.”

Google had no immediate response to the letter.

But in an email sent internally and obtained by NPR, Google’s head of AI research, Jeff Dean, said Gebru’s paper “didn’t meet our bar for publication,” citing unspecified research she allegedly left out that undercut her premise.

Dean said since Gebru threatened to step down over Google’s lack of support for her paper, she was not fired, but rather resigned — something Gebru and her supporters dispute.

“Given Timnit’s role as a respected researcher and a manager in our Ethical AI team, I feel badly that Timnit has gotten to a place where she feels this way about the work we’re doing,” Dean wrote in the email.

Emails from Dean and Gebru were first reported by Platformer’s Casey Newton.

Gebru’s row with Google unleashed a flurry of support from researchers and others on Twitter, organizing around the hashtag #ISupportTimnit.

“Ousting Timnit for having the audacity to demand intellectual integrity severely undermines Google’s credibility for supporting rigorous research on AI ethics and algorithmic auditing,” Buolamwini said. “She deserves more than Google knew how to give, and now she is an all-star free agent who will continue to transform the tech industry.”

In July, Buolamwini and Gebru’s research played a prominent role in Amazon, IBM and Microsoft pulling back on providing the technology to law enforcement agencies during the national protests over the death of George Floyd.

Ifeoma Ozoma, a former Pinterest executive who left the company after voicing concern over the treatment of Black employees, said in an interview with NPR that she believed Google would not have let go a white male employee for similar behavior.

“She was fired because of who she is and not because of what she did,” said Ozoma, who also used to work at Google.

Ozoma, who is a friend of Gebru, says Google has shown a pattern regarding employees who agitate for change inside the company.

“Google is doing this over and over again and seems to not care at all and seems to believe they can get away with it,” she said.

In their open letter, the Google employees ask that senior leadership meet with the artificial intelligence team Gebru helped lead to explain how and why the paper Gebru co-authored was “unilaterally rejected” by management at the company.

“The termination is an act of retaliation against Dr. Gebru, and it heralds danger for people working for ethical and just AI — especially Black people and People of Color — across Google.”

House To Deliver Impeachment Article Against Trump To Senate

As Facebook and Twitter crack down on extremist groups, some on the right are migrating to alternative social media platforms that promise rules laxer than those of mainstream websites.