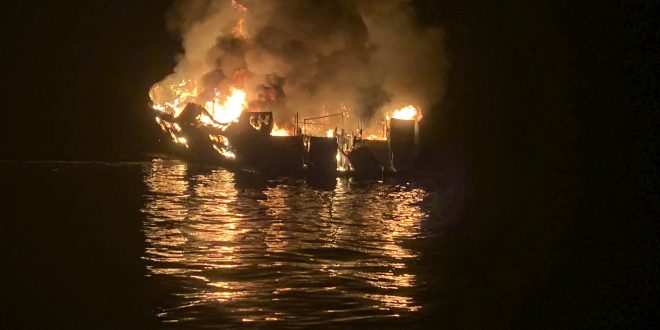 The captain of a dive boat that caught fire last year off the coast of Santa Barbara, Calif., was indicted Tuesday on 34 counts of negligent manslaughter.

Thirty-three passengers and one crew member died during the early morning hours of Sept. 2, 2019, when a fast moving fire broke out on the 75-foot Conception. The boat was docked off Santa Cruz Island for a chartered three-day diving trip.

The captain, Jerry Nehl Boylan, 67, and four other crew members escaped the blaze considered one of California’s deadliest maritime disasters. Boylan is being charged with seaman’s manslaughter, which refers to misconduct or negligence in deaths involving vessels on U.S. waters. Each count carries a maximum penalty of 10 years in prison.

Prosecutors say the captain “was responsible for the safety and security of the vessel, its crew, and its passengers” at the time of the fire, but that Boylan’s misconduct, negligence and failure to “follow well-established safety rules” caused the deaths of 34 people that night.

“A pleasant holiday dive trip turned into a hellish nightmare as passengers and one crew member found themselves trapped in a fiery bunk room with no means of escape,” said U.S. Attorney Nick Hanna in a statement. “The loss of life that day will forever impact the families of the 34 victims.”

The charges filed by federal prosecutors Tuesday follows the conclusion last month of the National Transportation Safety Board’s investigation into the fire. The NTSB placed the blame on the boat’s owners, Truth Aquatics Inc.

The 34 victims the night of the fire were asleep in the lower level bunk room while the five other crew members slept on the upper deck. A crew member woke to find a glow emanating from the main deck. At that point, the flames quickly spread. The crew attempted to reach the victims on the lower deck, but were blocked by the inferno.

Investigators said the fast-moving fire and subsequent sinking of the Conception made it impossible to pinpoint the exact cause. They said the blaze started on the aft deck, where passengers were recharging their smartphones and other devices containing lithium-ion batteries.

If a crew member had been designated as a night watchman to patrol the vessel, the fire could have been noticed sooner and lives could have been saved, investigators said.

The company and its owners have been subject to lawsuits from the families of victims.

Boylan is expected to turn himself in to authorities in the coming weeks. 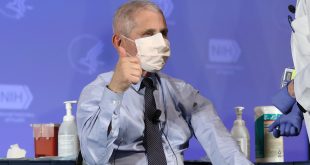 U.S. Will Remain In WHO, Fauci Announces, As Biden Reverses Trump Move 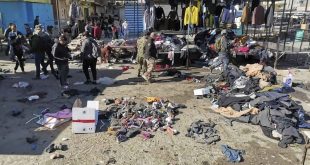 Suicide bombings have been rare in the Iraqi capital since the country's military pushed out the Islamic State in 2017. The last such attack occurred three years ago.