Mayor Mary-Ann Baldwin said it will begin Friday, 10 p.m. and continue through Saturday, 5 a.m., citing the need to keep events under control, as the city braces for protests against police brutality.

Mayor Mary-Ann Baldwin announced the curfew will begin at 10 p.m. and continue through Saturday, 5 a.m. citing the desire to keep the demonstrations under control. The curfew doesn’t apply to law enforcement, medical personnel, delivery workers, and the media.

The protests come just days after the fatal police shooting of a 27-year-old Black man, Walter Wallace Jr,. in Philadelphia. He was holding a knife when police shot him during what his family says was a mental health episode.

The shooting death of multiple Black men and women by police this year has resulted in protests against police brutality across the country. Some protests that began peacefully, turned violent.

Baldwin said such was the case in Raleigh, N.C., in May following the protest over the killing of George Floyd in Minneapolis police custody.

Her emergency proclamation Friday said the city experienced “significant property damage” as a result of those demonstrations.

The proclamation went on to say, “Events in the last several days related to protests in other cities around the country have resulted in property destruction and violence in those jurisdictions.”

“This is a difficult time in our history and it is going to take all of us working together, listening to one another, and being intentional about finding connection if we are truly going to emerge from these trying moments as better people and a better Raleigh,” Baldwin’s statement read.

Baldwin’s decision to implement the curfew faced criticism on social media as at least one anti-racism organization, Smash Racism Raleigh, said in a tweet the decision was an effort to “further criminalize dissent.”

2020-10-30
Share
Previous Trump’s Ban On TikTok Suffers Another Legal Setback
Next New Zealand Supports The Right To Die, But Rejects The Right To Get High 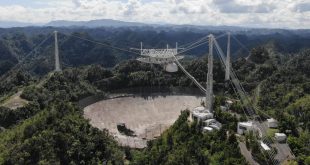 Authorities in Bangladesh have begun relocating thousands of Rohingya refugees to an isolated island despite calls by human rights groups for a halt to the process.